Our live coverage has ended. Read through the posts below to see how the day unfolded.

Administration officials have been instructed to move forward with plans to convene a historic summit between President Donald Trump and North Korean leader Kim Jong Un in Singapore, according to two people familiar with the plans.

The decision is ultimately up to Trump, who said on Wednesday he would announce the time and location in three days.

White House press secretary Sarah Sanders did not back off the administration's claim that the US's maximum pressure campaign has helped bring North Korea to the negotiating table, days after North Korea rejected that claim.

"The President has talked about, certainly, that the maximum pressure campaign has worked," Sanders said, noting that "we have seen North Korea make progress since."

Sanders also noted that Trump has credited the leaders of South Korea, Japan and China with helping to "put pressure on North Korea."

North Korea said last weekend that the US was "deliberately provoking the DPRK" with its claims that the maximum pressure campaign had helped bring Kim Jong Un to the negotiating table.

The North Korean Foreign Ministry spokesman said via North Korea's state-run KCNA outlet that the US claims were a "dangerous attempt to ruin the hard-won atmosphere of dialogue and bring the situation back to square one."

Press secretary Sarah Sanders said President Trump thinks Rudy Giuliani — who is now on his legal team and has been doing several interviews — is doing a "fine job."

However, CNN reported earlier that Trump has been flustered by the onslaught of negative coverage generated by Giuliani, who has exacerbated his political troubles in recent days with a series of unscripted interviews.

“As you know due to the complications of the different components of the investigation I would refer you to the outside counsel to address those questions,” she told reporters, later adding, “We are not engaging in matters in this process at all.”

She said she hasn’t heard “specific concerns” from the President on this topic.

Asked whether Michael Cohen was qualified to advise corporations on the President, she said, “I’m not going to get into somebody else’s qualifications – independent company would have to make that determination, not me.”

White House press secretary Sarah Sanders swatted away multiple questions about the payments that multiple companies made to Trump's personal lawyer Michael Cohen in the months leading up to and following the President's inauguration.

Asked if Cohen was qualified to give "insights" into the new administration, Sanders said, "That is something that an independent company that hires an individual would have to make that determination. Not me."

Asked if Trump was embarrassed or ashamed by Michael Cohen's "swampy behavior" that reportedly offered access and/or insights in exchange for money, Sanders said, "That is up to those individuals who make the decision to hire someone ... That is the decision of an independent company and has nothing to do with the White House."

When asked about the President's tweet today, press secretary Sarah Sanders fired back, saying the White House is "committed to the free press."

"We are here," she said. "We are taking questions."

"We are doing everything we can to provide��regular and constant information to the American people and there is a responsibility by you guys to provide accurate information and we are going to continue to try to work with you as I'm doing right here and right now and as the President did just a couple of hours ago."

"I’m not aware of any requests by the President to the past CIA director or what we hope to be the new CIA director very soon," Sanders said.

Earlier today, Haspel, during her confirmation hearing, said she has a "very strong moral compass."

"I support the higher moral standard that this country has decided to hold itself to. I would never, ever take CIA back to an interrogation program," she said. 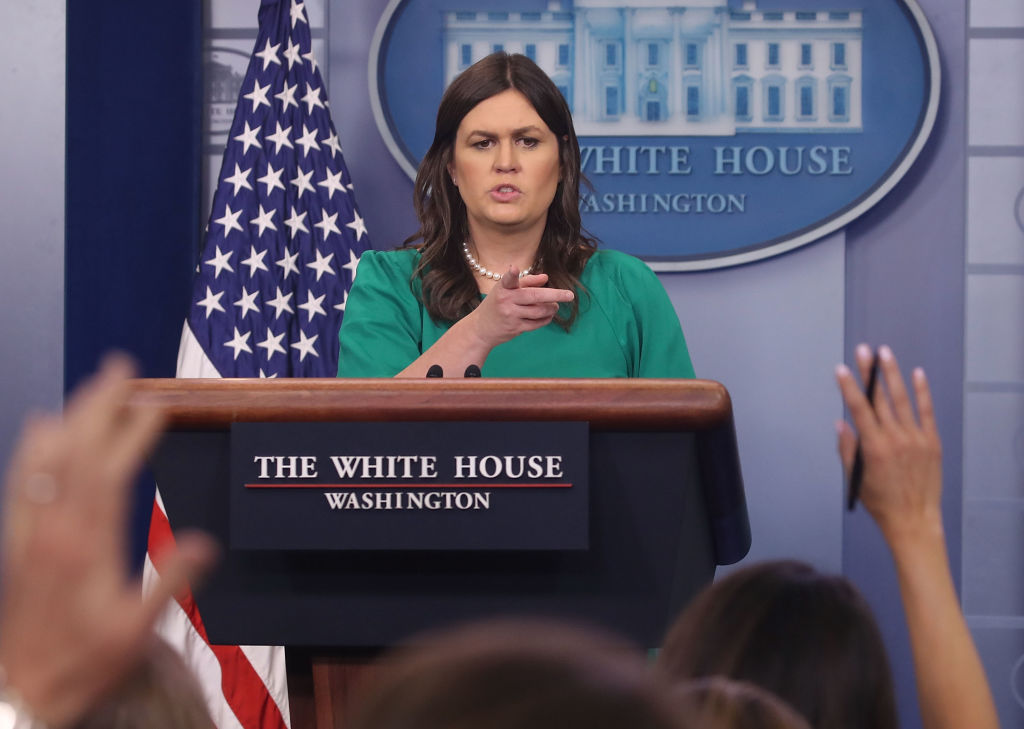 Here's a few questions the could come up: