A source familiar with Ty Cobb's departure says the White House lawyer had been clashing with the President in recent weeks over Trump's combative posture with the Special Counsel's investigation.

"Ty was uncomfortable with the Mueller tweets," the source said. He was not going to be "part of a mud-slinging campaign," the source added.

Cobb had tried for weeks to counsel the President against threatening the Mueller investigation, the source said. Cobb made it clear on multiple occasions with the President and other members of the legal team that he "can't go down that path."

“I'm extremely grateful to the President and Chief Kelly for the opportunity to serve my country," Cobb said. 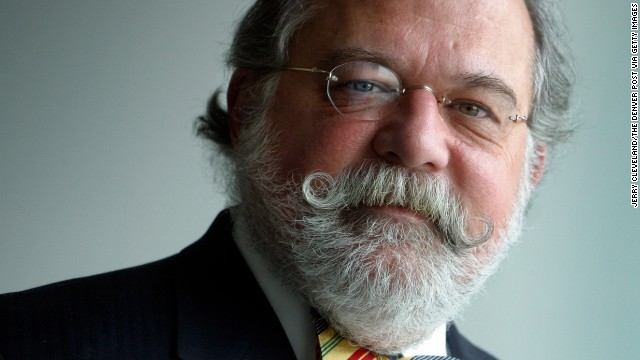 “For several weeks Ty Cobb has been discussing his retirement and last week he let Chief of Staff Kelly know he would retire at the end of this month," White House press secretary Sarah Sanders said.

In remarks following his oath, Secretary of State Mike Pompeo touted the work the Department has done under the Trump administration, including considering next steps for the "flawed" Iran nuclear deal.

"We are but 15 months into this administration and we’ve made an outstanding progress by speaking the truth about the challenges we face, by confronting them head on," Pompeo said. "We’re confronting all types of Iranian hostility and are deciding on the next steps for the flawed JCPOA."

President Trump has frequently voiced criticism for the Iran deal, also known as the Joint Comprehensive Plan of Action or JCPOA. Trump has set a May 12 deadline for the US and Europe to address the issues he has with the nuclear deal — under US law, the President has to recertify the deal every few months.

President Trump described Secretary of State Mike Pompeo as a "true American patriot," and told a story about how he didn't believe, at first, that Pompeo graduated first in his class from West Point.

"Mike is a true American patriot. He has devoted many years of his life to defending America beginning when he entered West Point, and as you all heard, he entered at 18 and ended up graduating first in his class."

"I heard that rumor a long time ago — I thought it was a rumor," Trump continued. "being first in your class at west point, because I know, that's a big deal. So I said, 'Is that true?' Yeah. So I started bringing it up. I brought it up about four weeks ago, right, David? And after that, everybody brings it up so I don't have to say it anymore. He was actually first in his class at West Point."

Here's how it goes:

I, Michael Pompeo, do solemnly swear that I will support and defend the Constitution of the United States against all enemies, foreign and domestic; That I will bear true faith and allegiance to the same; that I take this obligation freely, without any mental reservation or purpose of evasion, and that I will well and faithfully discharge the duties of the office on which I am about to enter. So help me God.

The swearing-in ceremony for Secretary of State Mike Pompeo will kick off any moment now. Attendees have started arriving, and a harpist is playing "What a Wonderful World" while we wait for the ceremony to start.

This scene is very different how former Secretary of State Rex Tillerson's swearing in.

"This is a mega swearing in," CNN's Michelle Kosinski reports. "Eleven cabinet officials are attending this. In case you don't remember, none of this happened for Secretary of State Rex Tillerson." 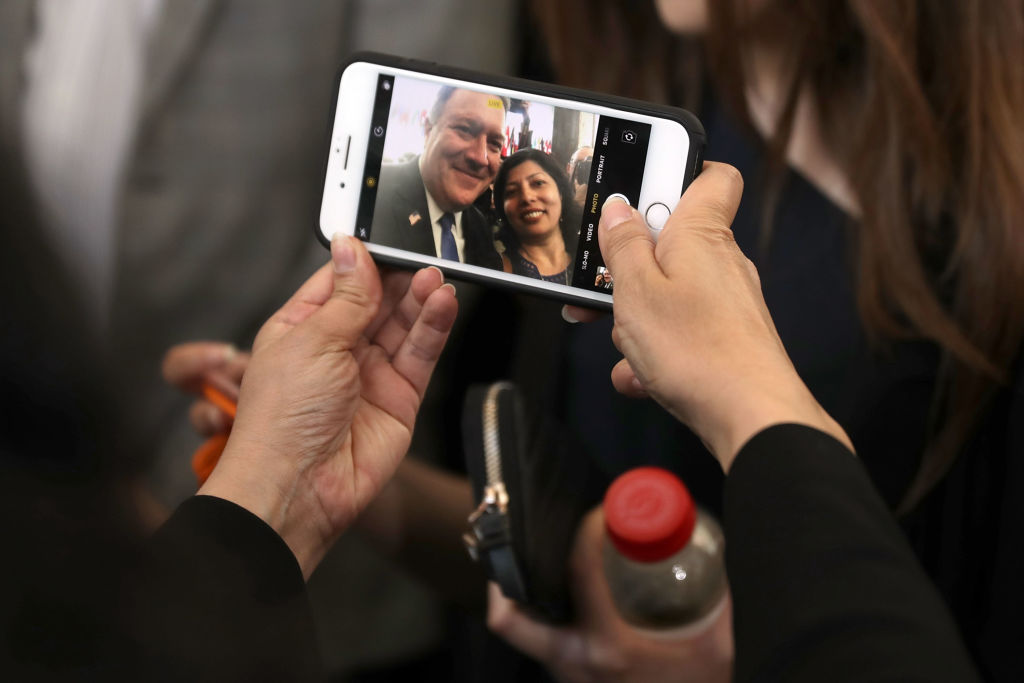 Secretary of State Mike Pompeo told hundreds gathered in the State Department's formal entrance on Tuesday that he was there to pump new life back into the oldest US Cabinet agency.

"My mission is to lead you," Pompeo said, adding that he was humbled to take up the position.

"America can't achieve its objectives, absent you all," he told the crowd. "I am looking forward to helping you all achieve that."

Beyond foreign policy challenges, Pompeo is inheriting a badly bruised agency from Tillerson.

His goal, he said Tuesday, is to return some "swagger" to the department.

Eleven cabinet officials will attend Secretary of State Mike Pompeo's swearing in today, according to a senior State Department official.

Among those spotted in the audience is, who was Elaine Chao chatting at a round table in a corner of the anteroom off the Ben Franklin room as a four-piece military string quartet played nearby. Jeff Sessions wandered into the crowd happily shaking hands.