The United States is aware of the information just released by Israel and continues to examine it carefully. This information provides new and compelling details about Iran’s efforts to develop missile-deliverable nuclear weapons. These facts are consistent with what the United States has long known: Iran has a robust, clandestine nuclear weapons program that it has tried and failed to hide from the world and from its own people. The Iranian regime has shown it will use destructive weapons against its neighbors and others. Iran must never have nuclear weapons.

President Trump took to Twitter tonight to praise the "great energy" in the White House.

The President's tweet comes after White House chief of staff John Kelly denied an NBC report, claiming that he called Trump an "idiot."

"He always knows where I stand and he and I both know this story is total BS," Kelly said.

President Trump just tweeted about a group of migrants who traveled with a caravan to the US-Mexico border and tied Montana Sen. Jon Tester to his criticism of the border laws.

The President has called for the Democratic lawmaker to resign in the wake of the Dr. Ronny Jackson scandal.

Jackson withdrew his nomination to be the Veterans Affairs secretary, following a series of allegations related to his professional conduct. 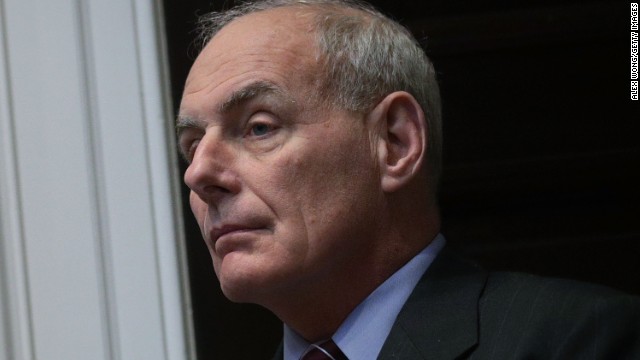 White House chief of staff John Kelly personally denied calling President Trump an “idiot,” relaying nearly the same statement in his face-to-face talk with the President as the one he released publicly.

A White House official points out a big difference between the Kelly incident and when it was reported that Secretary of State Rex Tillerson called Trump a “moron.”

The official said Kelly immediately denied the report and denounced it to the President’s face. Tillerson declined to do so, simply saying he wouldn’t play that Washington game.

Tensions between Kelly and Trump have been brewing for weeks if not month. Another White House official said the tensions don’t seem any more urgent or dramatic now, but acknowledged that this could accelerate Kelly’s departure.

“The President hates reading these stories,” an official said. “He hates it.”

"He said the President was becoming unhinged," the official said, adding that Kelly appeared to say it in "a moment of frustration."

Kelly's comment came as the officials deliberated on the future of the US effort in Syria, following Trump's off-the-cuff comments saying he was determined to get US troops out of the country.

In another example of Kelly being unhappy, one official said Kelly used “salty language” about the President when Trump wasn’t thrilled with Homeland Security Secretary Kirstjen Nielsen. 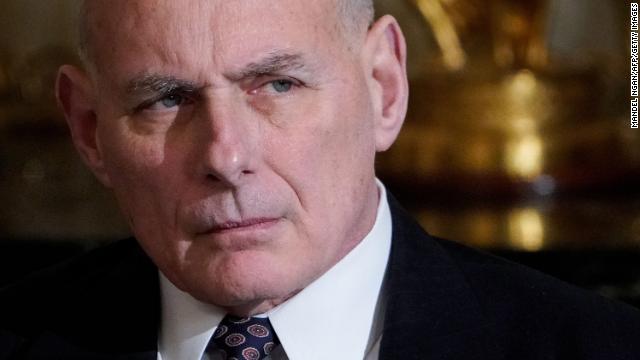 White House Chief of Staff John Kelly has responded to an NBC report, claiming that he called President Trump an "idiot."

Kelly said he spends a lot of time with the President and has "an incredibly candid and strong relationship" with him.

"He always knows where I stand and he and I both know this story is total BS," Kelly said. "I am committed to the President, his agenda, and our country. This is another pathetic attempt to smear people close to President Trump and distract from the administration’s many successes." 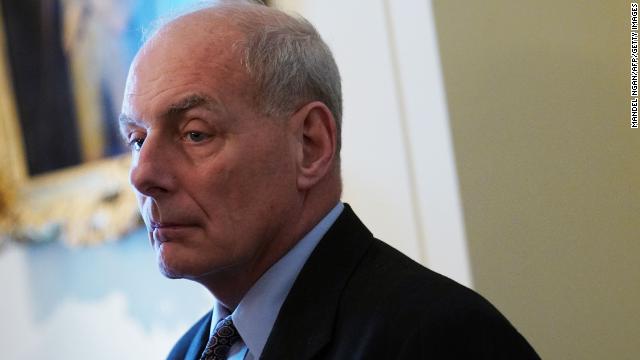 White House chief of staff John Kelly plans to deny claims in an NBC report that he called President Trump an "idiot," a senior administration official told CNN on Monday.

The report claimed, among other things, that Kelly had said during an immigration-related meeting that he needed to "save (Trump) from himself" while insulting the President's intelligence.

But a senior administration official who was in the room for the immigration meeting said Kelly never called the President an idiot there, as the NBC report claimed.

"That's complete BS. I was in the room for that meeting," the official told CNN. "I don't know who's out for him, but that's crap."

The official said Kelly and Trump were meeting in the Oval Office when the story broke on TV and noted the two would likely discuss the report if they hadn't already.

The senior administration official said while Trump and his chief of staff have had disagreements, Kelly has never used that kind of language to criticize Trump.

"I don't think anybody is surprised that he and the President have had disagreements in the past," the official said.

South Korea’s President Moon Jae-in convinced North Korean leader Kim Jong Un that the demilitarized zone (DMZ) is the best site for a summit with President Trump, according to an official with deep knowledge of North Korea’s thinking on the matter.

The source said there is a “strong possibility” the summit will happen at Panmunjom, with some events possibly happening on the north side of the DMZ.

The venue makes the most sense logistically for Kim. There is also a press center and media facilities and equipment already in place, which would the allow the summit to take place “in late May.”

Traveling to the north side of the DMZ would also provide an historic opportunity for Trump, the source said, adding that Moon may be involved in the summit “in some capacity.”