Our live coverage has ended. Scroll through the posts below to see how Trump's Supreme Court announcement unfolded.

Justice Anthony Kennedy's departure from the court has sparked alarm among abortion rights activists that Roe v. Wade, the landmark Supreme Court ruling that legalized abortion nationwide in 1973, could be overturned.

Kavanaugh has not expressed outright opposition to Roe v. Wade — but he is sure to face questions from Democrats over how he might rule on abortion rights if confirmed.

He did rule in a case involving an undocumented immigrant teen in detention who sought an an abortion. The DC Circuit last October ruled the teen was entitled to seek an abortion, and Kavanaugh dissented.

In his dissent, Kavanaugh wrote the Supreme Court has held that "the government has permissible interests in favoring fetal life, protecting the best interests of a minor, and refraining from facilitating abortion."

He wrote that the high court has "held that the government may further those interests so long as it does not impose an undue burden on a woman seeking an abortion." He said the majority opinion was "based on a constitutional principle as novel as it is wrong: a new right for unlawful immigrant minors in U.S. government detention to obtain immediate abortion on demand." He added, however, that "all parties to this case recognize Roe v. Wade and Planned Parenthood v. Casey as precedents we must follow." 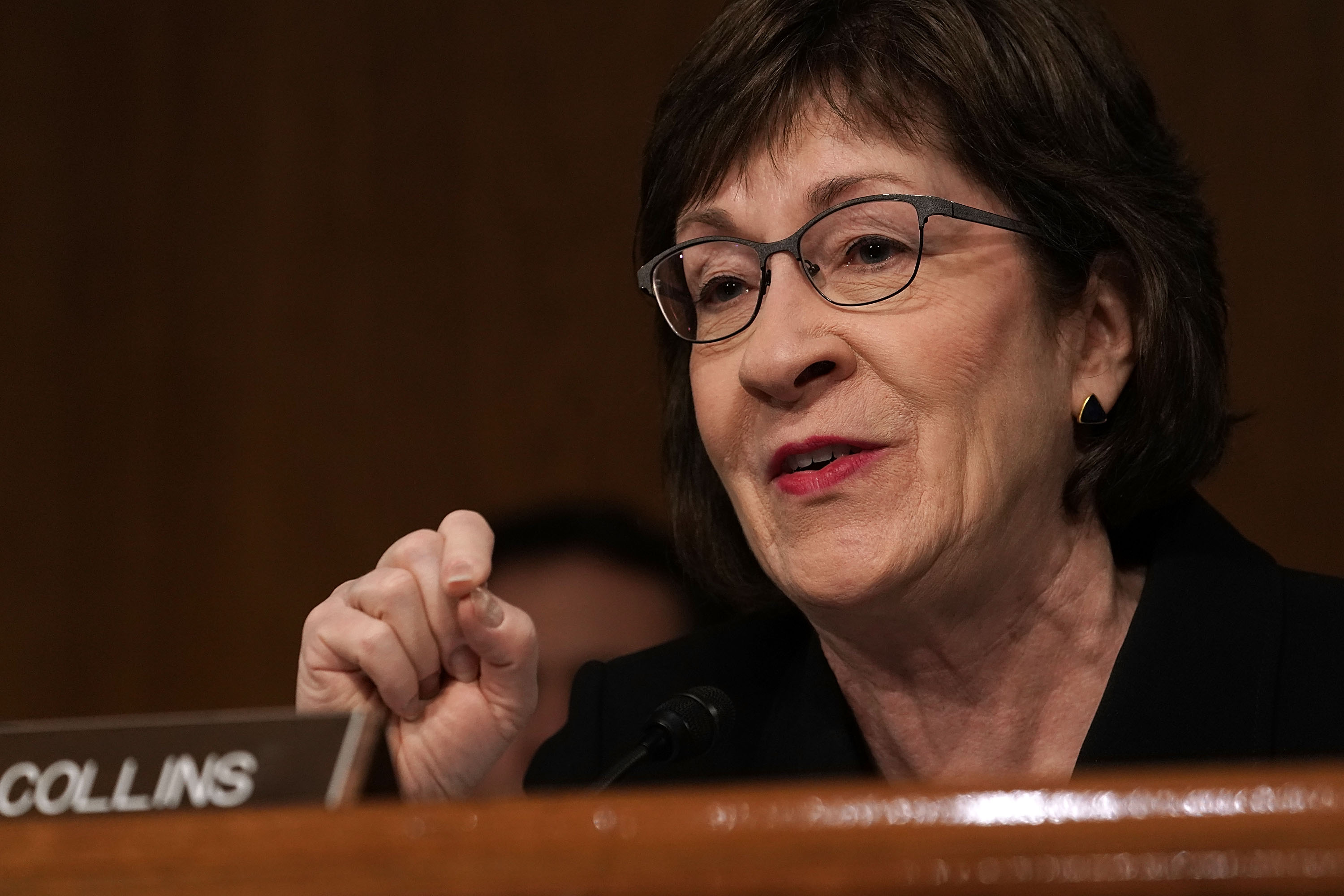 Sen. Susan Collins, a Republican from Maine who is considered a key swing vote, said she will "conduct a careful, thorough vetting" for Trump's new Supreme Court nominee, Brett Kavanaugh.

She said Kavanaugh has "impressive credentials and extensive experience" and added she looks forward to questioning him in a meeting.

Why Collins matter: She said would not support a nominee hostile to the landmark abortion ruling in Roe v. Wade. As such, Democrats view Collins her as a target to peel off from the Republican majority.

Republicans can't afford to lose a single member if — and this is a big if — Democrats are unified in their opposition to Trump's pick.

Here's her full statement on Kavanaugh:

“Judge Kavanaugh has impressive credentials and extensive experience, having served more than a decade on the D.C. Circuit Court of Appeals. I will conduct a careful, thorough vetting of the President’s nominee to the Supreme Court, as I have done with the five previous Supreme Court Justices whom I have considered. I look forward to Judge Kavanaugh’s public hearing before the Senate Judiciary Committee and to questioning him in a meeting in my office.”

Since the Supreme Court first convened in 1790, 113 justices have served on the bench.

Trump just announced his nominee to succeed Justice Anthony Kennedy is Brett Kavanaugh. If confirmed, he would be the 108th white man to sit on the Supreme Court.

Here's a look at the four women and three people of color who have served on the Supreme court:

Even before President Trump announced his Supreme Court nominee, protesters on both sides of the abortion debate gathered outside the Supreme Court building.

Now, some protesters are chanting about Trump's pick, Brett Kavanaugh.

McConnell urged the Senate to put "partisanship aside and consider his legal qualifications" while working through the conformation process. (Reminder: The nomination battle will likely ignite a firestorm on Capitol Hill as it comes just a year after Republicans changed the rules of the Senate in order to push through the nomination of Justice Neil Gorsuch.)

“President Trump has made a superb choice. Judge Brett Kavanaugh is an impressive nominee who is extremely well qualified to serve as an Associate Justice of the Supreme Court of the United States.Judge Kavanaugh has sterling academic credentials. He is widely admired for his intellect, experience, and exemplary judicial temperament. He has won the respect of his peers and is highly regarded throughout the legal community. And his judicial record demonstrates a firm understanding of the role of a judge in our Republic: Setting aside personal views and political preferences in order to interpret our laws as they are written.I look forward to meeting with Judge Kavanaugh and to the Senate’s fair consideration of his nomination, beginning with the work of Chairman Grassley and the Judiciary Committee. This is an opportunity for Senators to put partisanship aside and consider his legal qualifications with the fairness, respect, and seriousness that a Supreme Court nomination ought to command.”

Because of Brett Kavanaugh’s extensive paper trail and long record, moving his nomination quickly could be challenging, according to sources in both parties.

Two senior Democratic sources in particular say Trump picked a tougher fight than he had to by choosing Kavanaugh, saying it reopens Bush-era controversies like torture, and puts both Roe v Wade and defending pre-existing conditions under the Affordable Care Act back on the table.

In terms of a timeframe, Senate Judiciary Chairman Chuck Grassley told CNN earlier tonight that someone with a long record will take time to go through the full record — and he would not commit to holding confirmation hearings before September. 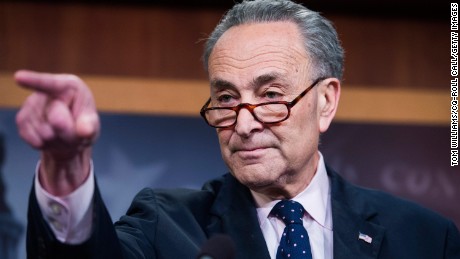 "In selecting Judge Brett Kavanaugh for the Supreme Court, President Trump has put reproductive rights and freedoms and health care protections for millions of Americans on the judicial chopping block. His own writings make clear that he would rule against reproductive rights and freedoms, and that he would welcome challenges to the constitutionality of the Affordable Care Act.President Trump repeatedly promised to nominate justices to the bench who are hostile to Roe v. Wade, and who will undermine our health care laws. He has picked Judge Kavanaugh from a list of 25 people who were vetted and approved by the Federalist Society and Heritage Foundation – special interest groups devoted to overturning Roe and striking down the Affordable Care Act. With this pick, the president is making good on his pledge to ‘punish’ women for their choices. Judge Kavanaugh got the nomination because he passed this litmus test, not because he’ll be an impartial judge on behalf of all Americans. If he were to be confirmed, women’s reproductive rights would be in the hands of five men on the Supreme Court.The Senate has come together on a bipartisan basis to protect women’s reproductive rights and to protect health care for millions of Americans before – including those with pre-existing conditions. We need to do it again. I will oppose Judge Kavanaugh’s nomination with everything I have, and I hope a bipartisan majority will do the same. The stakes are simply too high for anything less." 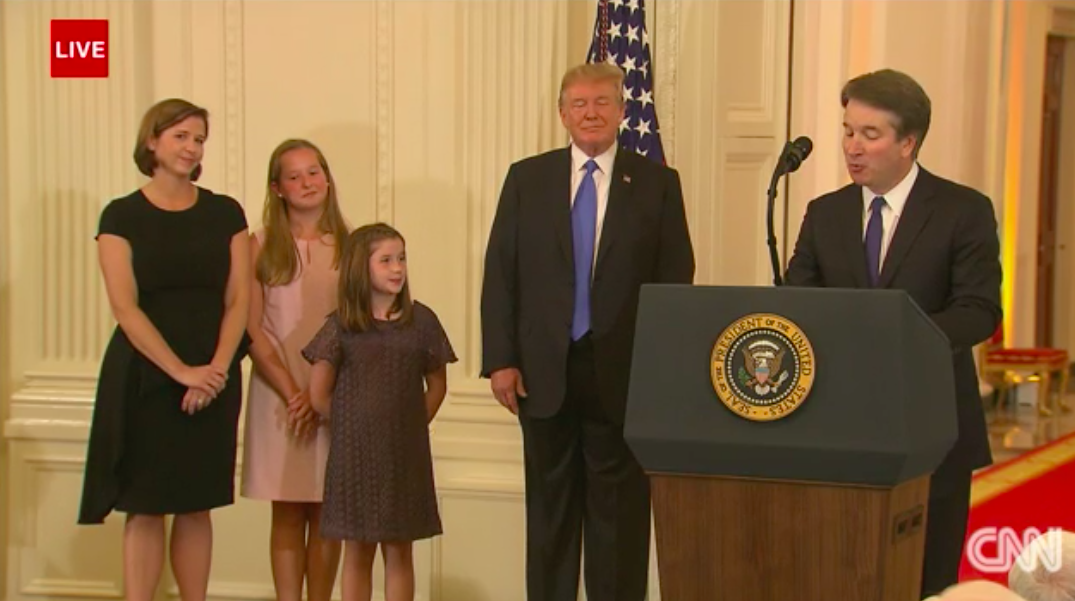 "Mr. President, I am grateful to you, and I'm humbled by your confidence in me," he said.

He also thanked Supreme Court Justice Elena Kagan, who he said hired him as a teacher.

"For the past 11 years I've taught hundreds of students primarily at Harvard Law School. I teach that the Constitution's separation of powers protects individual liberty, and I remain grateful to the dean who hired me, Justice Elena Kagan," he said.