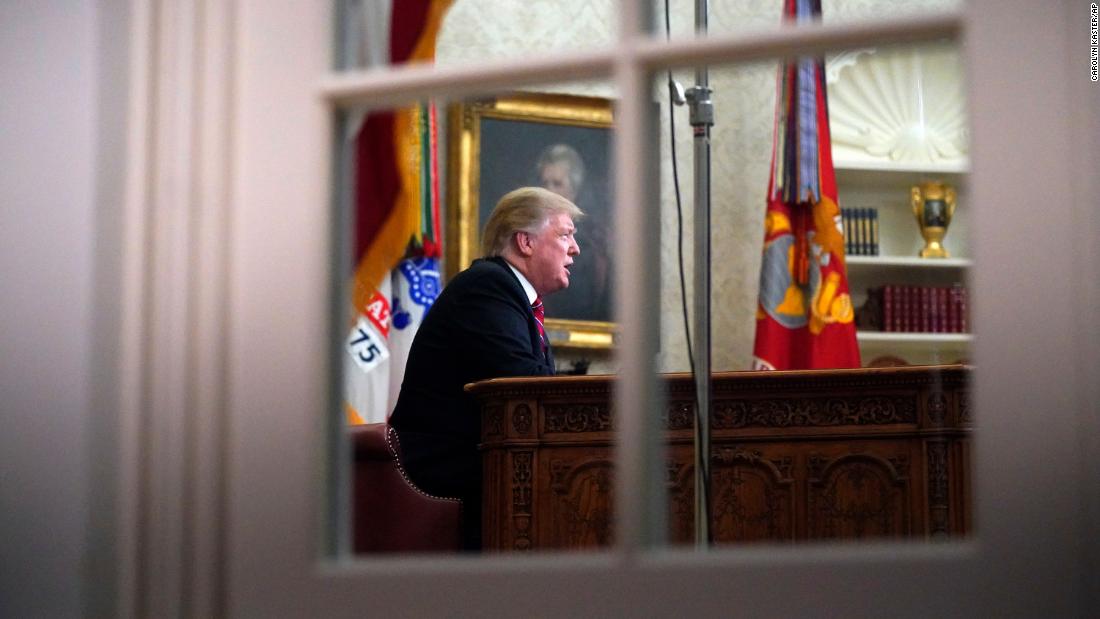 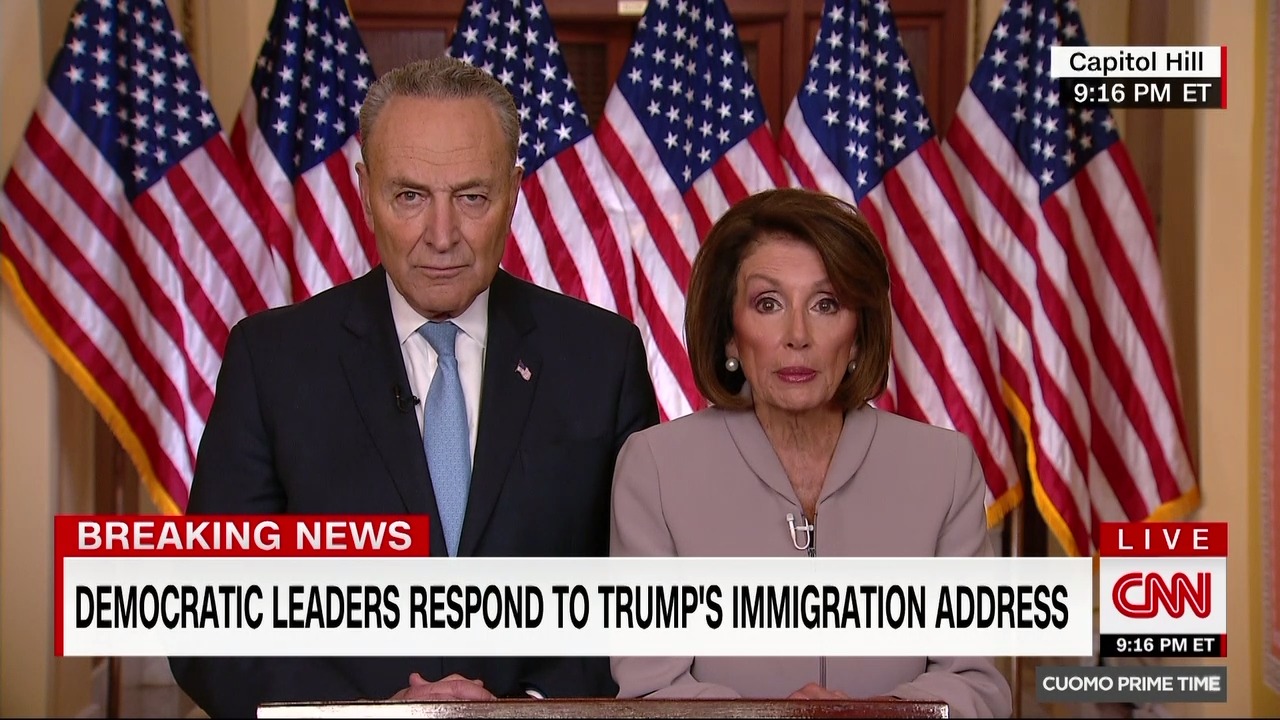 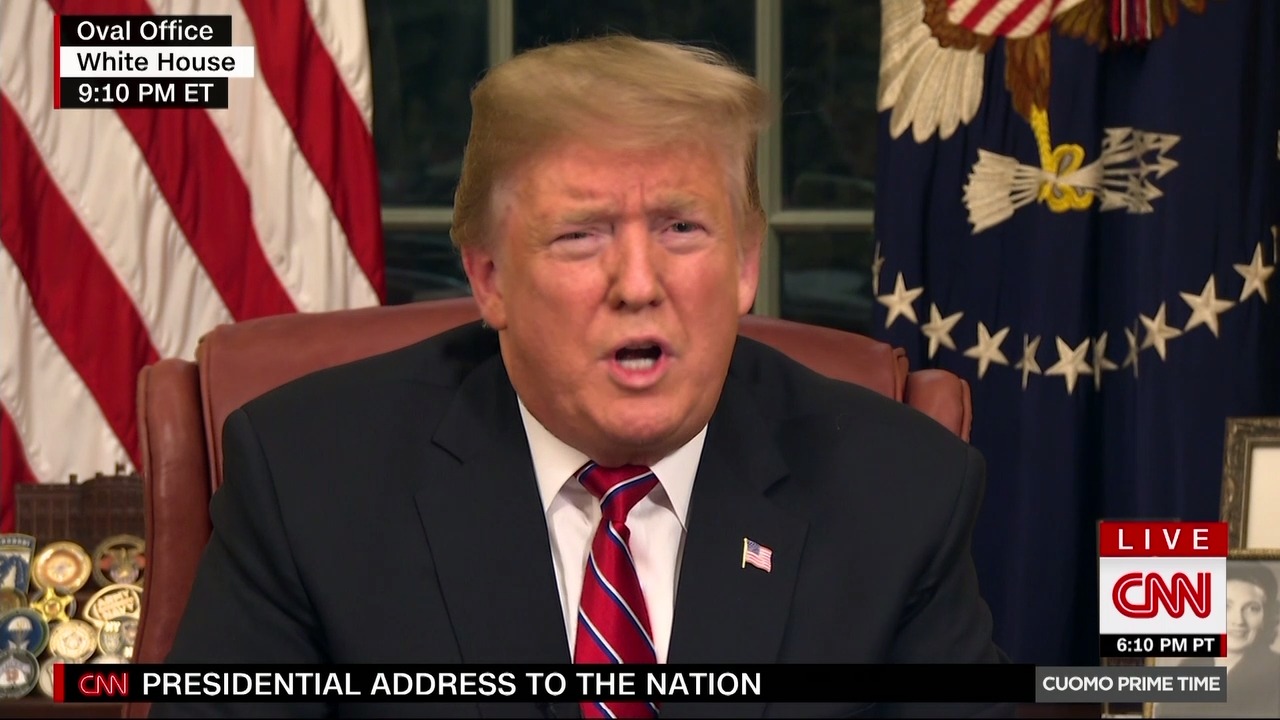 President Trump stopped short of declaring a national emergency in a nationally televised address to the nation on Tuesday.

Speaking from the Oval Office, the President cast the border issue as a crisis and railed against crimes committed by undocumented immigrants.

But he did not declare the matter a national emergency, which could have allowed him to fund his promised border wall without congressional approval.

The President has openly weighed taking that step in the past days, and the White House counsel's office continues to assess its legality.

Instead, Trump said he would continue negotiating with Democrats at a Wednesday meeting.

Trump claimed, "The wall will also be paid for indirectly by the great new trade deal we have made with Mexico."

Even if the United States Mexico Trade Agreement ends up raising tax revenue, there's nothing earmarking that money for a wall. Income and corporate taxes are general revenue that would have to be appropriated by Congress.

Another way trade could bring money into the Treasury is through tariffs -- which are paid by American importers when they buy foreign goods. But like the original North American Free Trade Agreement, the new deal aims to keep trade between the three countries largely tariff-free. 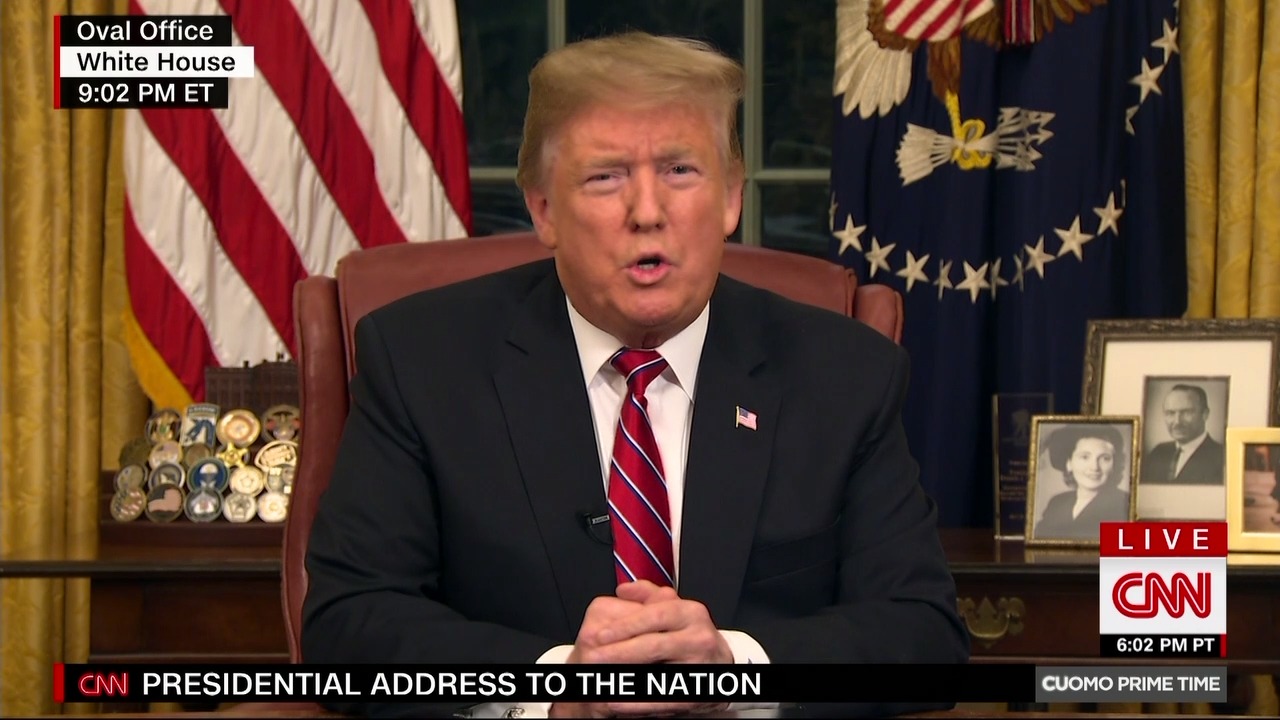 President Trump on Tuesday put the onus of an 18-day partial government shutdown on Democrats, saying the matter could be easily resolved if his political opponents cede to his demands on border funding.

"The government remains shut down for one reason and one reason only: the Democrats will not fund border security," Trump said in the Oval Office.

Democrats have expressed support for border security steps like enhanced technology, but have refused to provide support for a border barrier.

Trump said he would resume talks with Democrats on Wednesday.

"This situation could be resolved in a 45 minute meeting," he said. "I have invited congressional leadership to the White House tomorrow to get this done."

Similarly, a 2018 study by the libertarian Cato Institute, which reviewed criminal conviction data from the Texas Department of Public Safety, found that immigrants—legal or illegally—are less likely than native-born Americans to be convicted of a crime. Throughout the country, there is also generally a decrease in the number of violent crimes, according to the FBI.