Our live coverage has ended. Scroll through the posts below to see how President Trump's rally in West Virginia played out.

Why this matters: Manafort, Trump's former campaign chairman, was found guilty today on eight counts of financial crimes. This is the first case Mueller brought to trial as part of the investigation into Russian interference in the 2016 US election.

Cohen, Trump's former personal attorney, pleaded guilty in Manhattan today to eight counts. The charges included tax fraud, false statements to a bank and campaign finance violations tied to his work for Trump, including payments Cohen made or helped orchestrate that were designed to silence women who claimed affairs with the then-candidate.

The Cohen investigation was referred to the Southern District of New York by special counsel Robert Mueller. The plea deal does not include cooperation by Cohen, and it is unclear if he will follow through on his previous assertion to friends, according to sources, that he is willing to talk to Mueller.

Trump has repeatedly called the Mueller probe a "witch hunt" that hasn't found evidence of Russian collusion with his campaign, and his allies in and out of the White House say the special counsel should wrap things up.

"You can’t pick one person and say, 'We don’t like what he’s been saying, he’s out.' So we will live with fake news. I hate to say it, but we have no choice because that’s by far the better alternative," Trump said.

President Trump briefly slammed the special counsel Robert Mueller's probe into Russian interference in the 2016 campaign during his rally in West Virginia on Tuesday, hours after his campaign chairman Paul Manafort was convicted on charges stemming from that investigation.

Thus far, Trump has largely avoided the topic of the investigation during his rally and after making these remarks, he quickly returned to his scripted remarks. 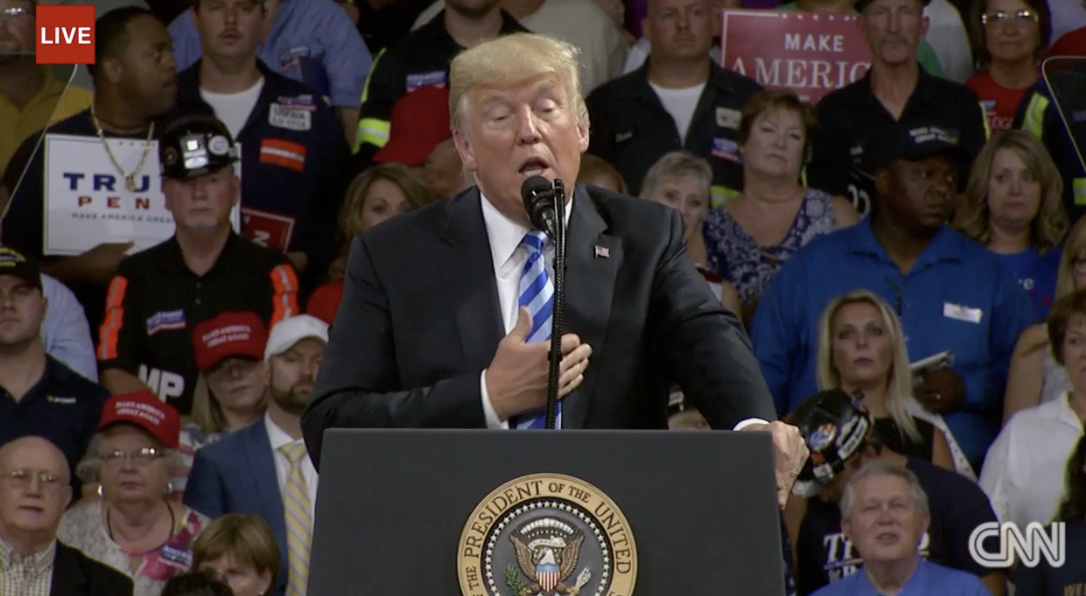 President Trump made remarks about Mollie Tibbetts' death and the arrest of an undocumented immigrant while speaking at the rally tonight.

"You heard about today with the illegal alien coming in very sadly from Mexico. And you saw what happened to that incredible beautiful young woman. Should have never happened. Illegally in our country. We've had a huge impact but the laws are so bad, the immigration laws are such a a disgrace. We're getting it changed but we have to get more Republicans," Trump said.

Some background: Iowa authorities have charged Cristhian Bahena Rivera, 24, with murder in the presumed death of Tibbetts, a 20-year-old college student who has been missing for more than five weeks.

Rivera has been in the area for four to seven years, said Rick Rahn, special agent in charge at the Iowa Division of Criminal Investigation. US Immigration and Customs Enforcement said Rivera is from Mexico.

In a lengthy interview with police, Rivera said he saw Tibbetts jogging on July 18 and followed her, Rahn said. Rivera said he approached and ran alongside or behind her. He said that Tibbetts grabbed her phone and told him to leave her alone, or she would call the police. Rivera said he chased down Tibbetts after she took off running, Rahn said.

Rivera told authorities he blacked out at some point and he came to near an intersection where they believe he placed the body, officials said.

President Trump said he'll be hitting the road frequently leading up to the November midterm elections.

In recent weeks, Trump has held rallies with increasing frequency to campaign for Republican candidates across the US. Recent rallies took place in Ohio, Florida and Montana.

He told the crowd in West Virginia tonight he'll be back again before November, and even joked about going without his security detail.

"With all the Secret Service — and they're fantastic people — but it sort of holds you back. Maybe sometimes I'll just make a few trips without them ... but we're gonna be out a lot. We're going to a lot of different states. And I’m coming back here before the election," he said. 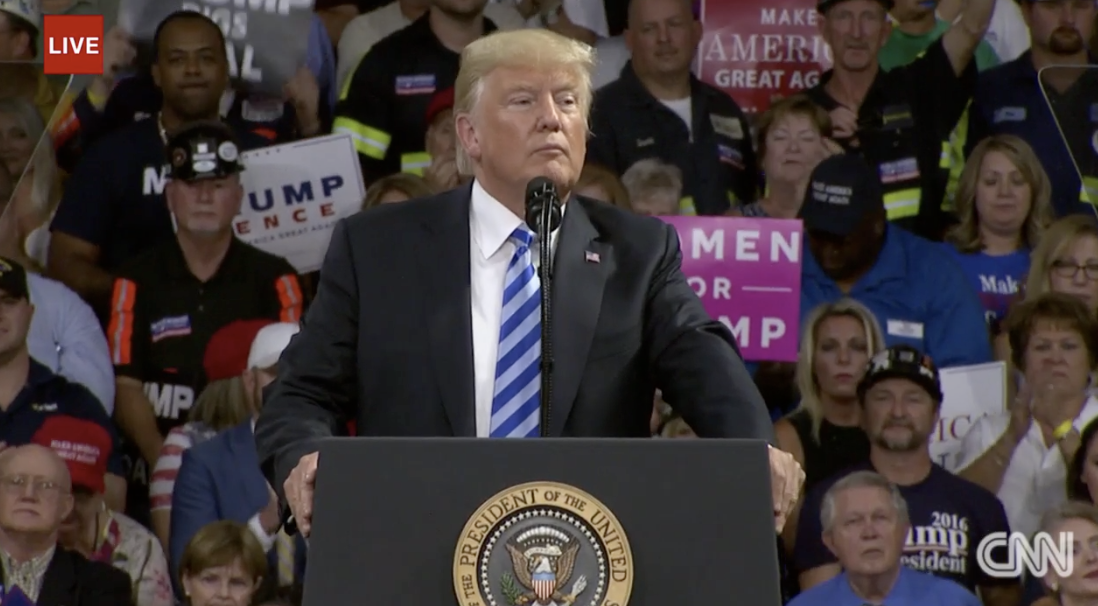 President Trump started his rally by talking about some NFL players' kneeling during the National Anthem and the coal industry.

Earlier today, the Environmental Protection Agency formally unveiled the details of its new plan to devolve regulation of coal-fired power plants back to the states, one that is expected to give a boost to the coal industry and increase carbon emissions nationwide.

The move would reverse Obama administration efforts to combat climate change and marks the fulfillment of a campaign promise at the heart of his appeal in coal-producing states like West Virginia.

It was not a good day for President Trump's former allies. 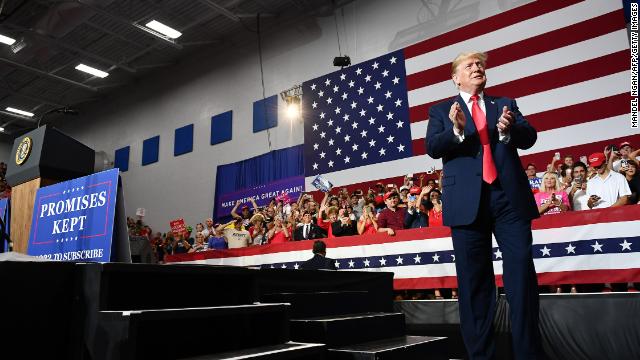 Trump could also talk about some major developments involving his current and former allies. Here are a few subjects that could come up tonight: