President Trump, in an interview with Fox News before a rally in Montana, addressed the New York Times Op-Ed saying it's "a very unfair thing" that the writer of the opinion is anonymous, adding that the administration can't discredit the account without the person's identity.

This was unusual: The interview was taped on a stage in the arena in front of the crowd.

Trump also called the White House "a well oiled machine" and that there is "a lot of love in the administration."

"So they take one person out of thousands but what's unfair -- I don't mind when they write a book and they make lies, cause it gets discredited. We just discredited the last one. We discredit all of them because it's lies," Trump said.

"But I'll tell you," he continued, "when somebody writes and you can't discredit, because you have no idea who they are usually you'll find out it's a background that was bad. It might not be a Republican, it may not be a Conservative. It may be a deep state person that's been there a long time." 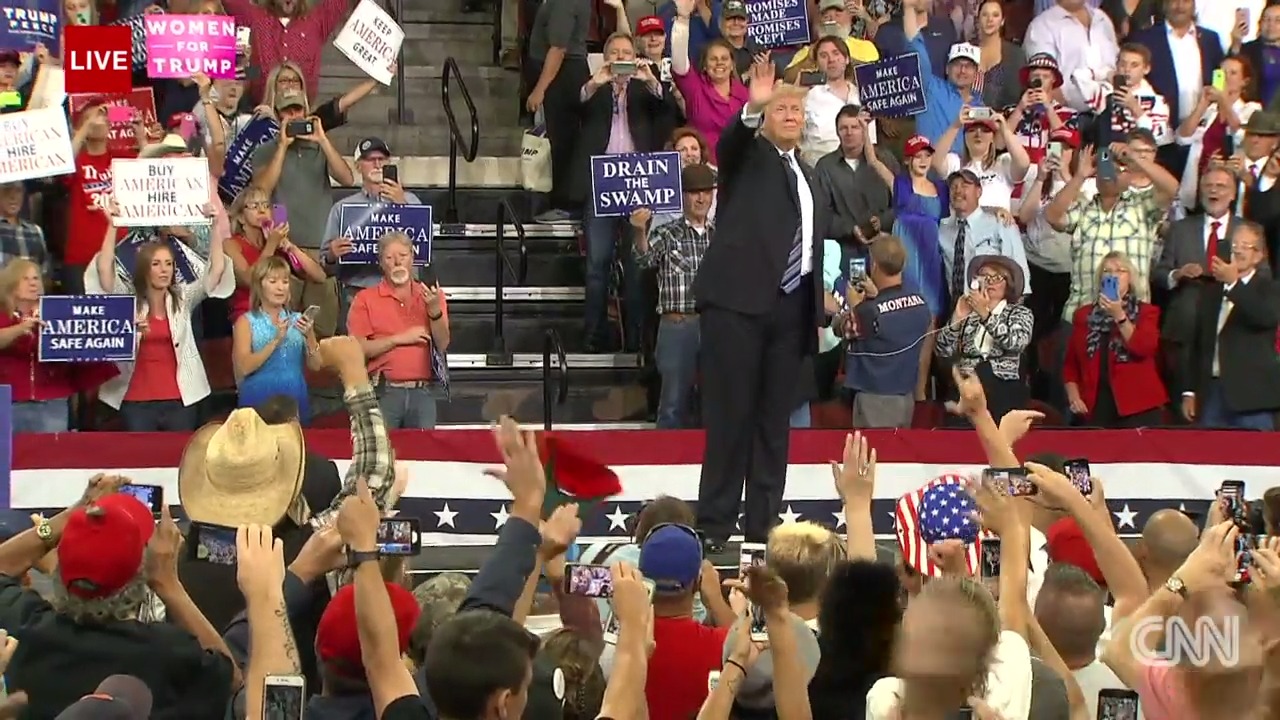 President Trump took the stage in Billings, Montana, just 10 minutes after he was scheduled to do so.

The President flew here after a rollicking 48 hours in Washington, D.C.

"Hello Montana," Trump said. "This is going to be a lot of fun."

You can watch the rally in the player above or right here. 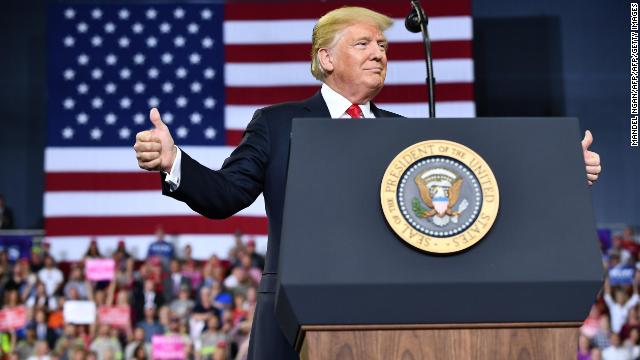 President Trump is speaking tonight in Montana after a tumultuous week at the White House and for his administration.

He'll likely have a lot to say about Bob Woodward's new book, an anonymous New York Times op-ed and other key issues.

Here are a few subjects that Trump could bring up: 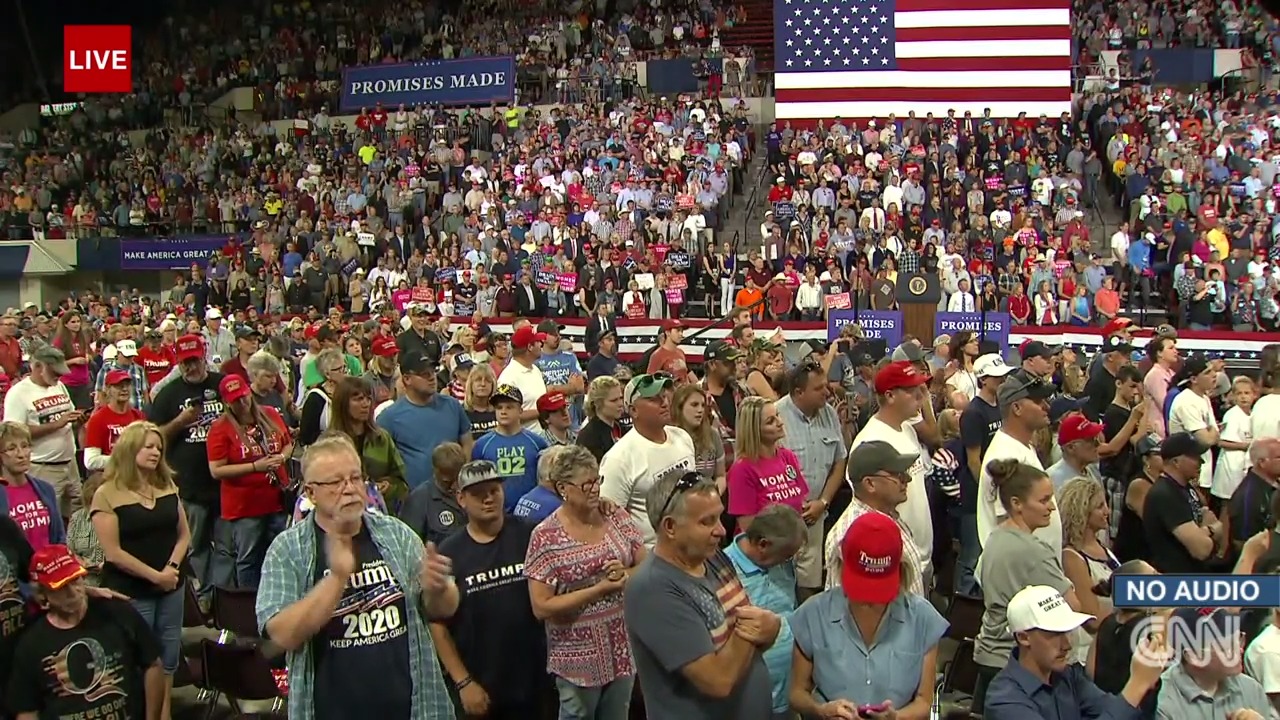 Scores of Trump supporters in their seats ahead of the rally are being treated to a Fox & Friends interview that is being pre-taped for tomorrow's show. The audio is being pumped over the speakers, and they are cheering at certain remarks. 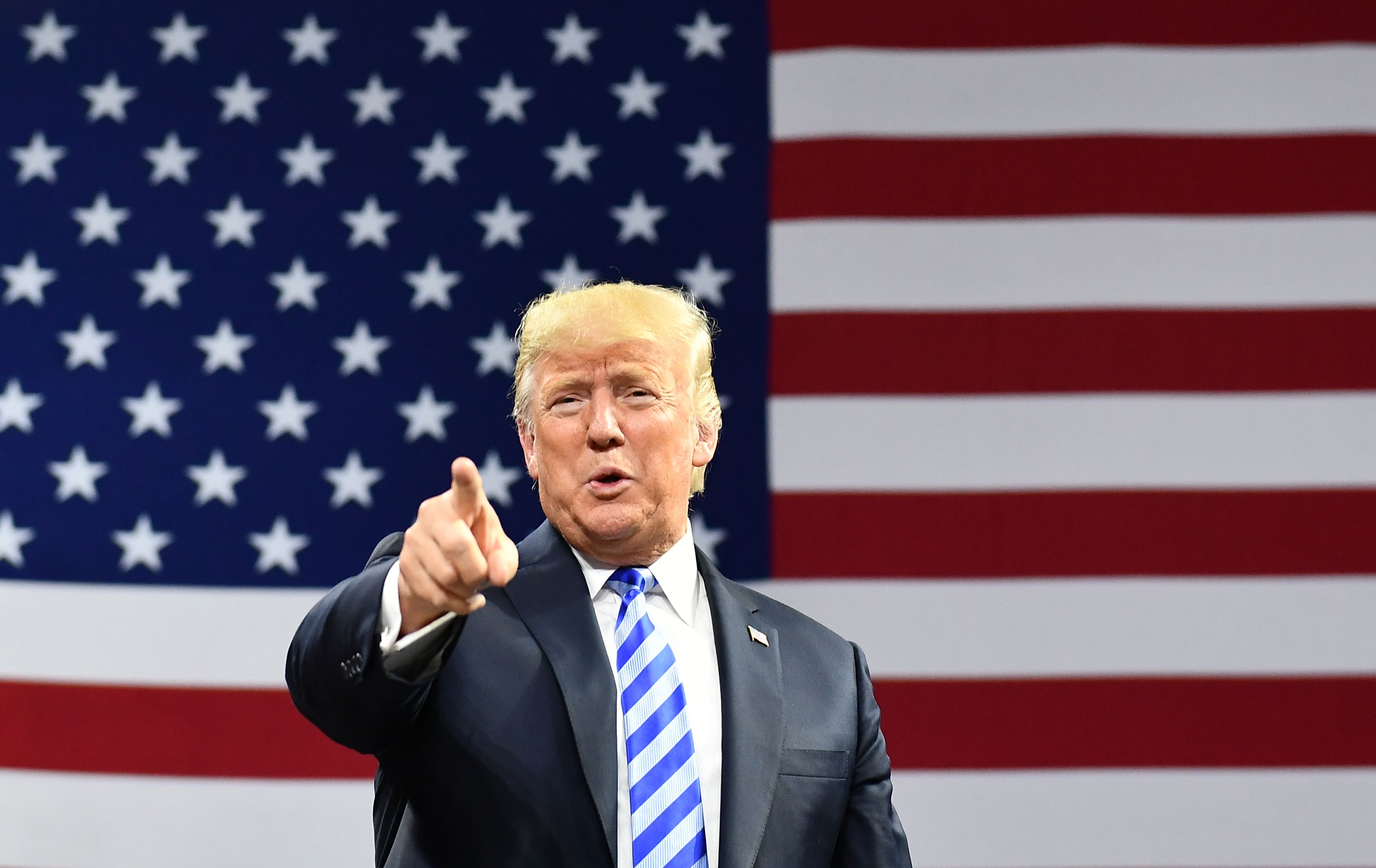 The rally is scheduled to start 9 p.m. ET.

Montana is one of five states that Trump won by double digits in 2016 where a Democratic senator is up for re-election this fall -- which the White House and Republican strategists hope will give the President outsized influence on their Senate races.

His evening rally in Billings is Trump's second visit to Montana this election cycle -- two months after he held a similar campaign event in Great Falls.

One thing to note: On Thursday, the swirl of news included the confirmation hearing of Trump's Supreme Court nominee, Brett Kavanaugh, and an anonymous New York Times op-ed in which a senior administration official strongly criticized Trump.