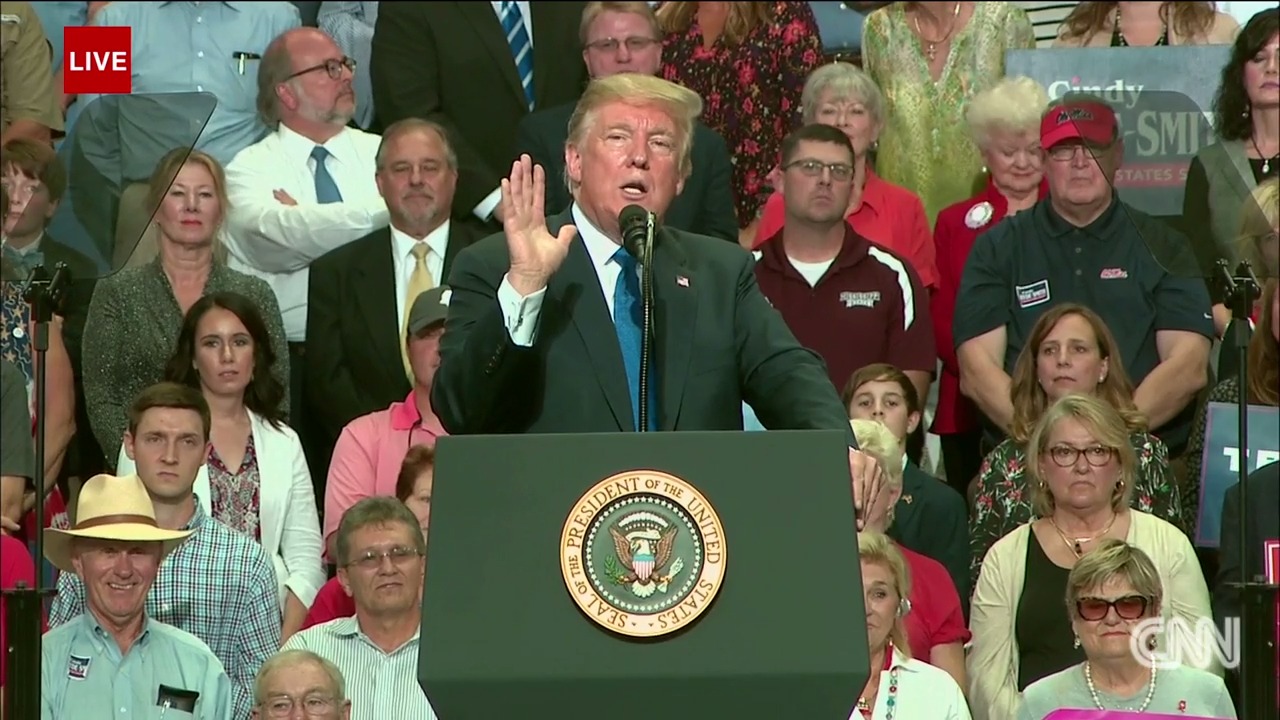 President Donald Trump for the first time directly mocked Christine Blasey Ford’s testimony before the Senate Judiciary Committee at a rally in Mississippi, casting doubt on her testimony about her alleged sexual assault.

Trump imitated Ford during her testimony before the crowd, mocking her for not knowing the answer to questions such as how she got to the party.

The crowd began to cheer and laugh, as the President continued imitating Ford recounting the night she says she was nearly raped.

Trump then called Democrats against Kavanaugh “evil people” who are out to “destroy people.”

Trump also reiterated his earlier claims Tuesday that nowadays you are “guilty until proven innocent.” 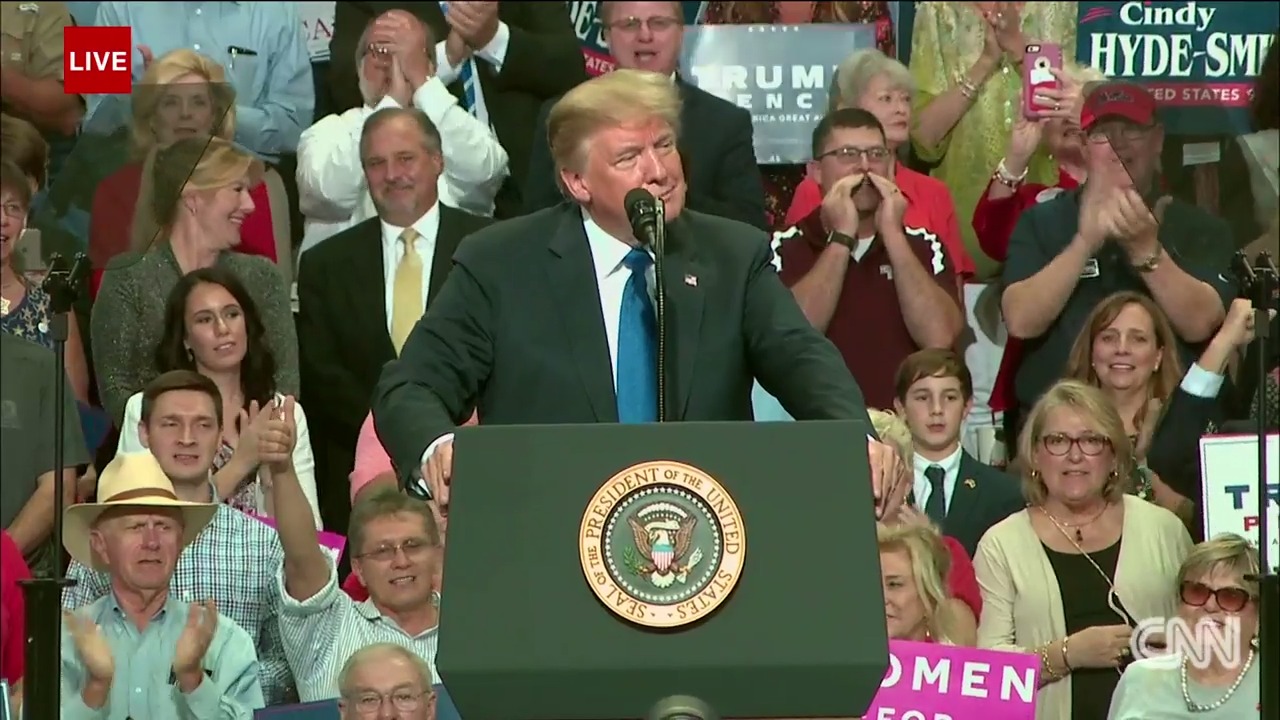 President Trump just took the stage at his rally in Southaven, Mississippi, to chants of "USA! USA!" He told the crowd 2020 was looking to be easy, then launched into a list of his accomplishments, touching on the economy, veterans and America's military.

President Trump held a rally in Tennessee last night. He was there to stump for GOP Rep. Marsha Blackburn, who is running for race against Democrat Phil Bredesen.

President Trump is in Southaven, Mississippi, for his second rally of the week. He held an event in Tennessee last night, and he'll have more on Thursday and Saturday in Minnesota and Kansas, respectively.

Here are some topics the President might bring up tonight: