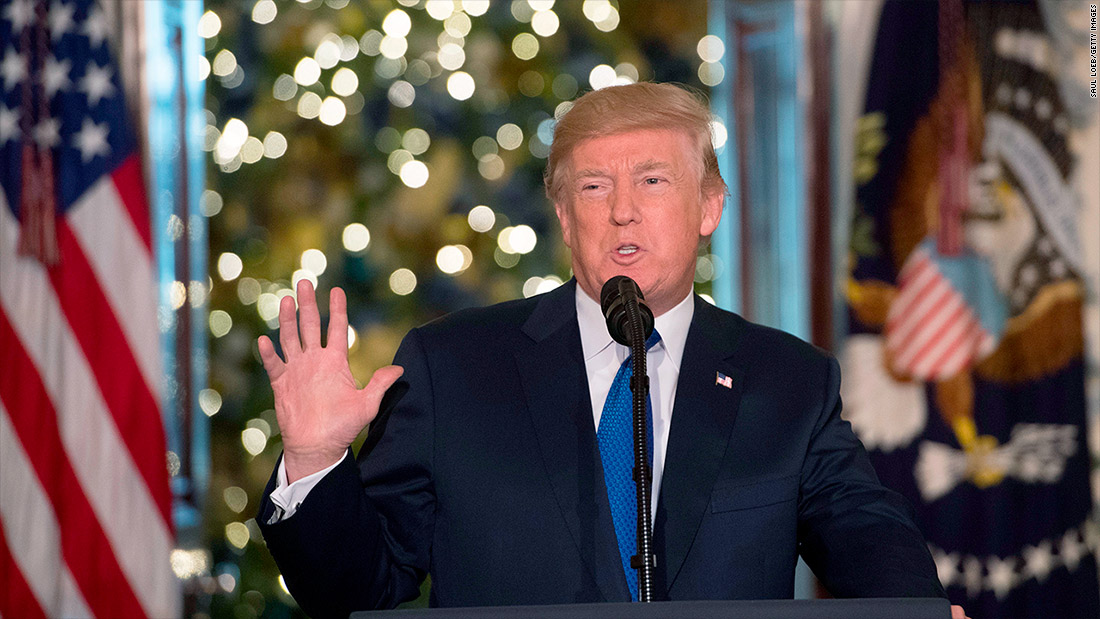 President Donald Trump responded to Chinese tariffs and other trade measures targeted at American farmers during a campaign rally, calling the tactics “not good” and “not nice.”

“Our farmers are true patriots,” he said. “And you know what our farmers are saying? It’s okay, we can take it — these are incredible people.”

Trump said that the price of soybeans has dropped but his administration’s actions are ultimately “going to open up markets.”

He continued, “The United States was allowed to truly get ripped off. But we’re not going to let that happen, I’m not like other politicians, you’ve seen what happens, I’ve kept my promises.” 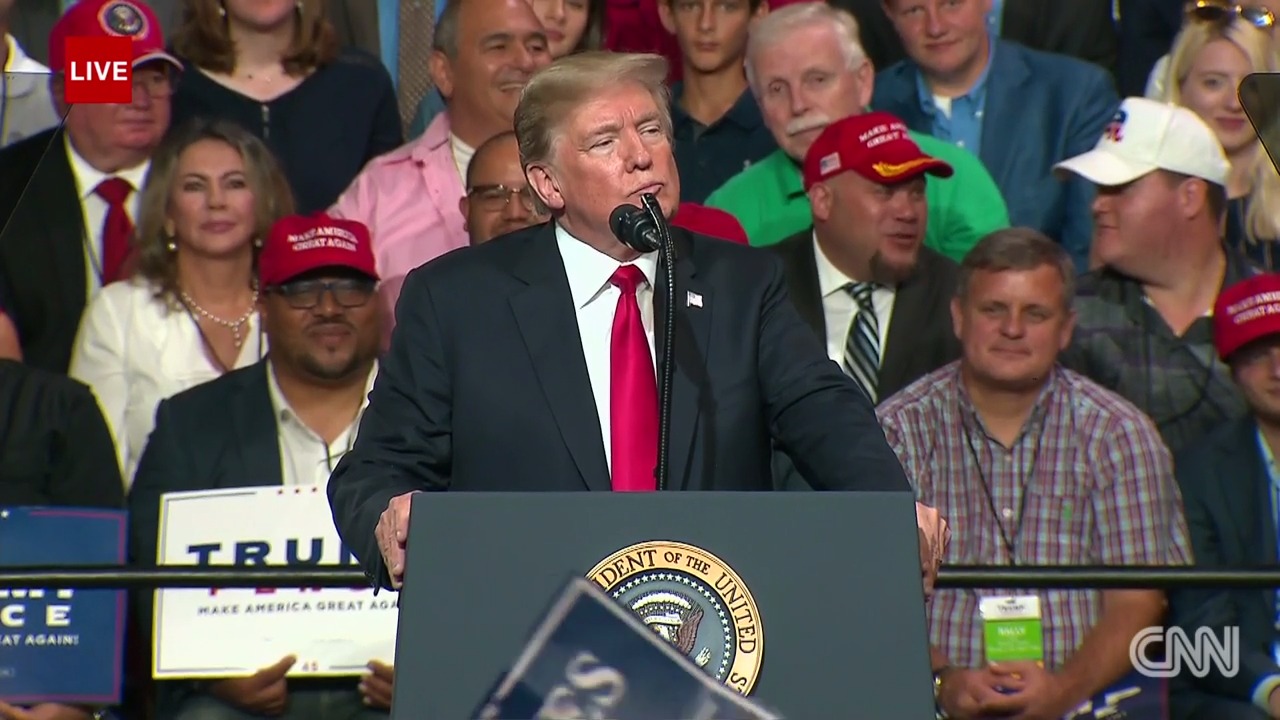 President Trump again claimed that US Steel would be opening a number of steel mills, repeating a phrase he made at a rally last week, which hasn't been backed by the company itself.

"U.S. Steel just announced that they are building six new steel mills," Trump said in Tampa Tuesday night. "And that number is soon going to be lifted, but I'm not allowed to say that, so I won't."

Last Thursday he said the company was opening seven. The company's spokeswoman did not respond to a CNN request for comment.

But The Washington Post gave Trump four Pinocchio's less than a month ago for claiming six new steel mills are being opened. Local news reports show US Steel announcing two facilities would be opened. As a publicly traded company, US Steel is required to announce major changes, such as opening new plants. So far, they have not made any such announcements.

The company's spokeswoman Meghan M. Cox told The Washington Post at the time: "To answer your question, we post all of our major operational announcements to our website and report them on earnings calls. Our most recent one pertained to our Granite City 'A' blast furnace restart." 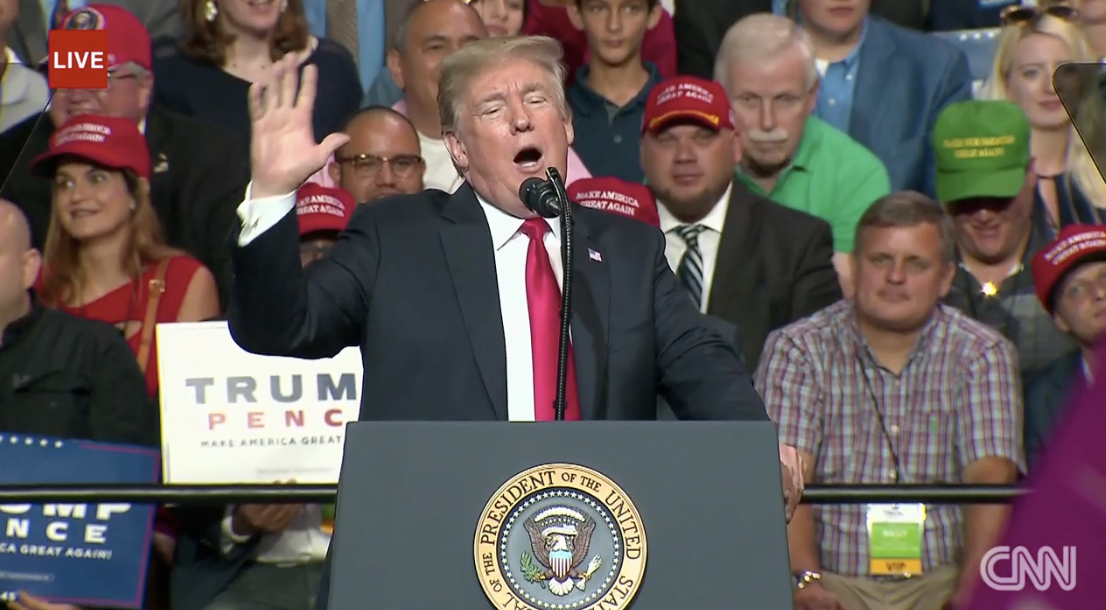 President Trump kicked off his Tampa rally recalling his “great victory” in the state of Florida in 2016, noting that the “thousands of hardworking American patriots” in the state “respect our American flag.”

He called gubernatorial candidate Ron DeSantis to the stage, describing him as a “true leader, proud veteran, my great friend, a tough, brilliant cookie.”

DeSantis made brief remarks and called it a “true honor” to be endorsed by Trump.

The President added that “everybody needs to support” DeSantis in the Aug. 28 primary and in the November general election.

Noting that he was a Florida resident, Trump said, “The only time I see Bill Nelson is five months before the reelection and after a while you forget... you see him at parties and you see him around... We have to make sure that Rick Scott wins and wins big.”

Trump was also briefly interrupted by a protester that was not visible on camera.

“That’s too bad.... One person and tomorrow the headlines will be ‘massive protest.’ Too bad. Sorry about that, Ron,” he said. 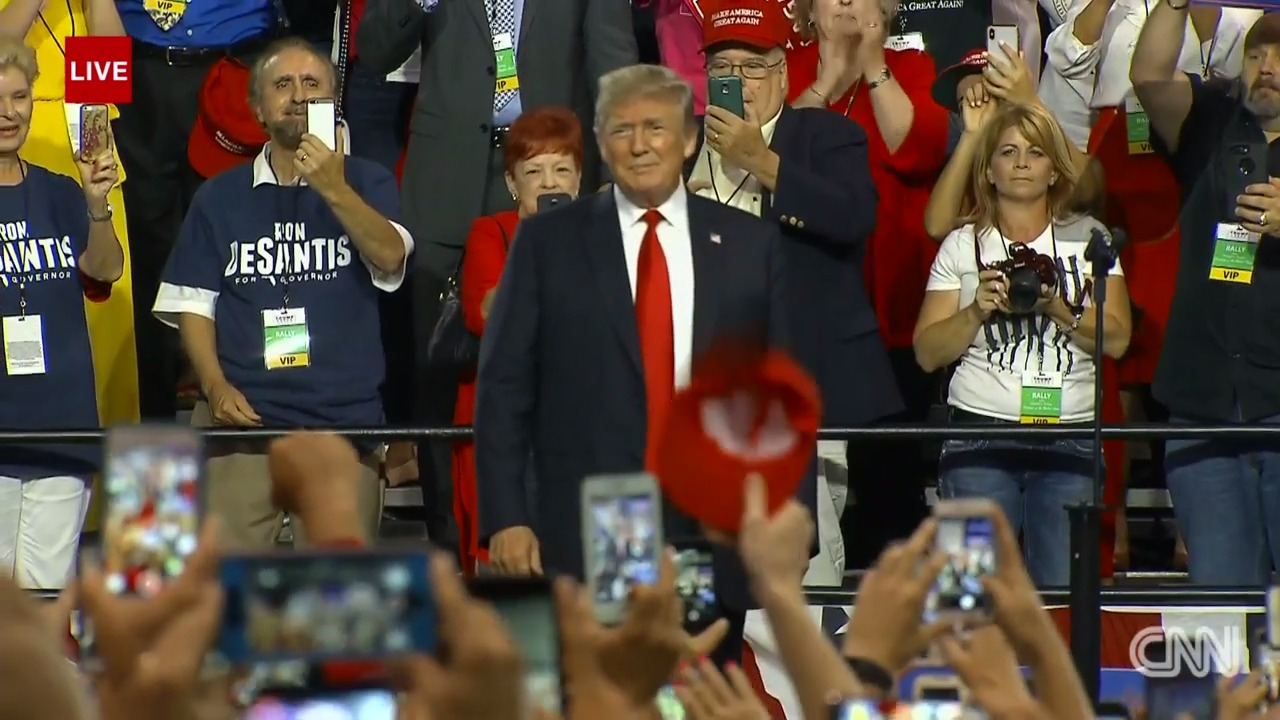 President Trump just took the stage at his Make America Great Rally in Tampa, Florida. You can watch live here or by refreshing this page and watching it in the player up top. 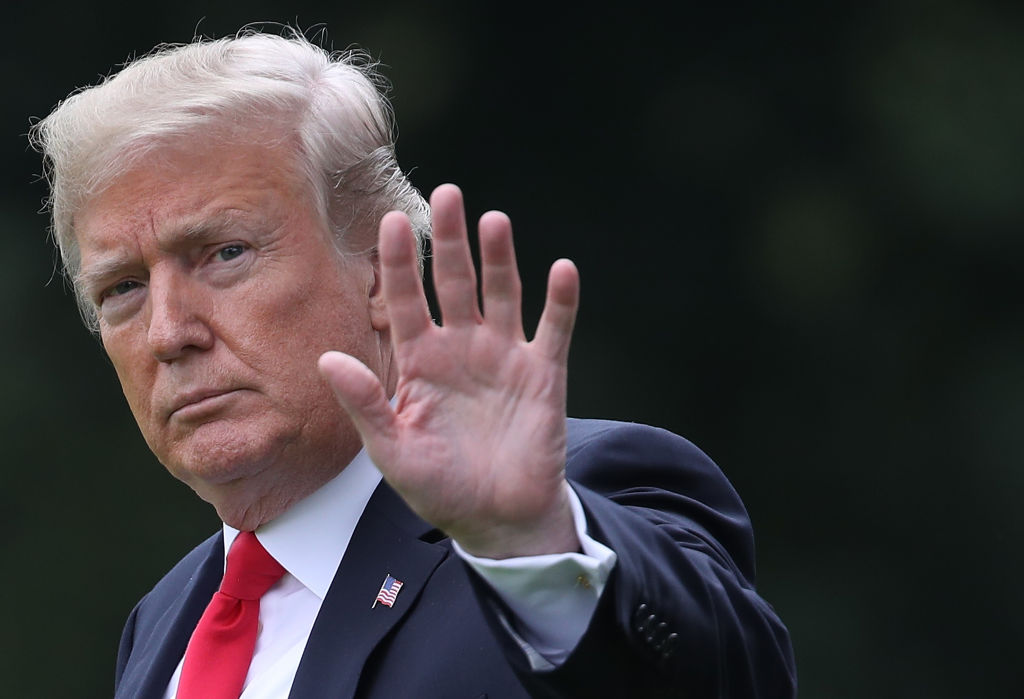 The rally comes at the beginning of a three-month sprint to the November midterm elections.

"I'll go six or seven days a week when we're 60 days out, and I will be campaigning for all of these great people that do have a difficult race, and we think we're going to bring them over the line," Trump told Hannity.

Trump's first expressed support for DeSantis in December and more explicitly endorsed him with a tweet in June, launching DeSantis past former congressman and Florida agriculture commissioner Adam Putnam in the race to replace two-term GOP Gov. Rick Scott. 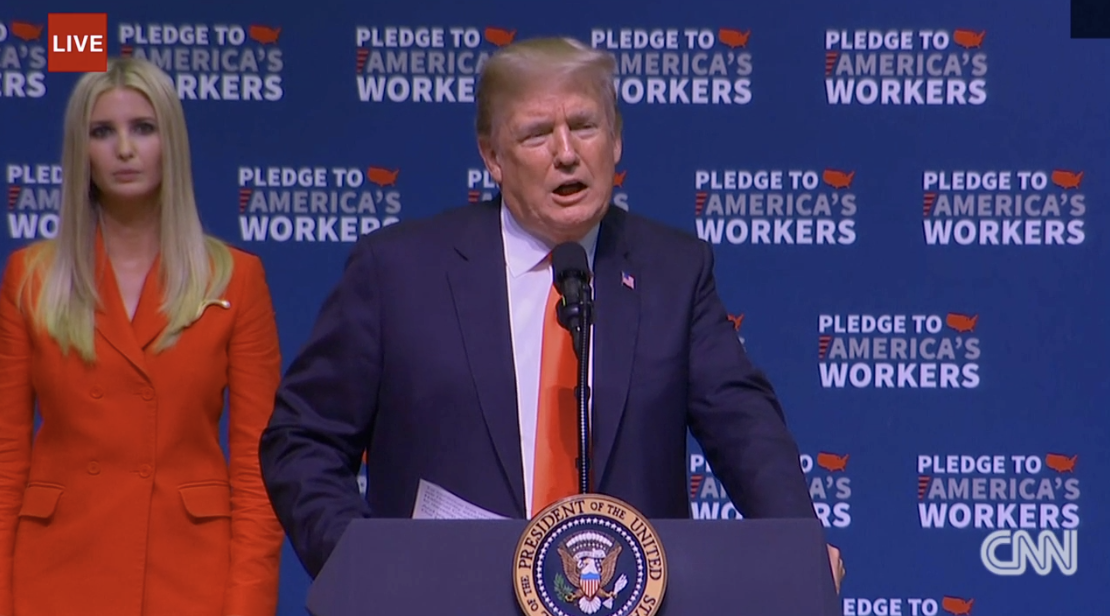 President Donald Trump visited Tampa Bay Technical High School this evening, where extolled the virtues of a vocational education under his administration.

“There has never been a better time to learn a trade, hone a skill, or pursue your dreams,” he said, touting the latest GDP and trade deficit reduction numbers. He also noted his administration’s pledge to American workers, investment from the private sector, and the Perkins Career and Technical Education Act.

Trump was introduced by daughter Ivanka, whom he praised for her “incredible leadership” with workforce development initiatives. He also lavished praise on Rep. Matt Gaetz and Gov. Rick Scott, as well as some of the companies in attendance, and also gave a quick shoutout to Sen. Marco Rubio.

The President signed the Perkins Act into law at a ceremony behind closed doors earlier today but signed a copy of the legislation at the high school event.

Trump called a Tampa Bay Tech graduate and a current student to the stage to share their stories. The graduate, David Thompson-Calderon, said he was making six figures at the age of 24. The current senior, Isabella Cruz, joked that she was also a president — of the school’s architecture club. Both students received pens from the ceremonial signing.

Trump is now en route to a campaign rally.

President Trump just landed in Florida, where he is scheduled to deliver remarks on workforce development at a Tampa high school, and hold a campaign rally.

The rally will be held at the Florida State Fairgrounds.