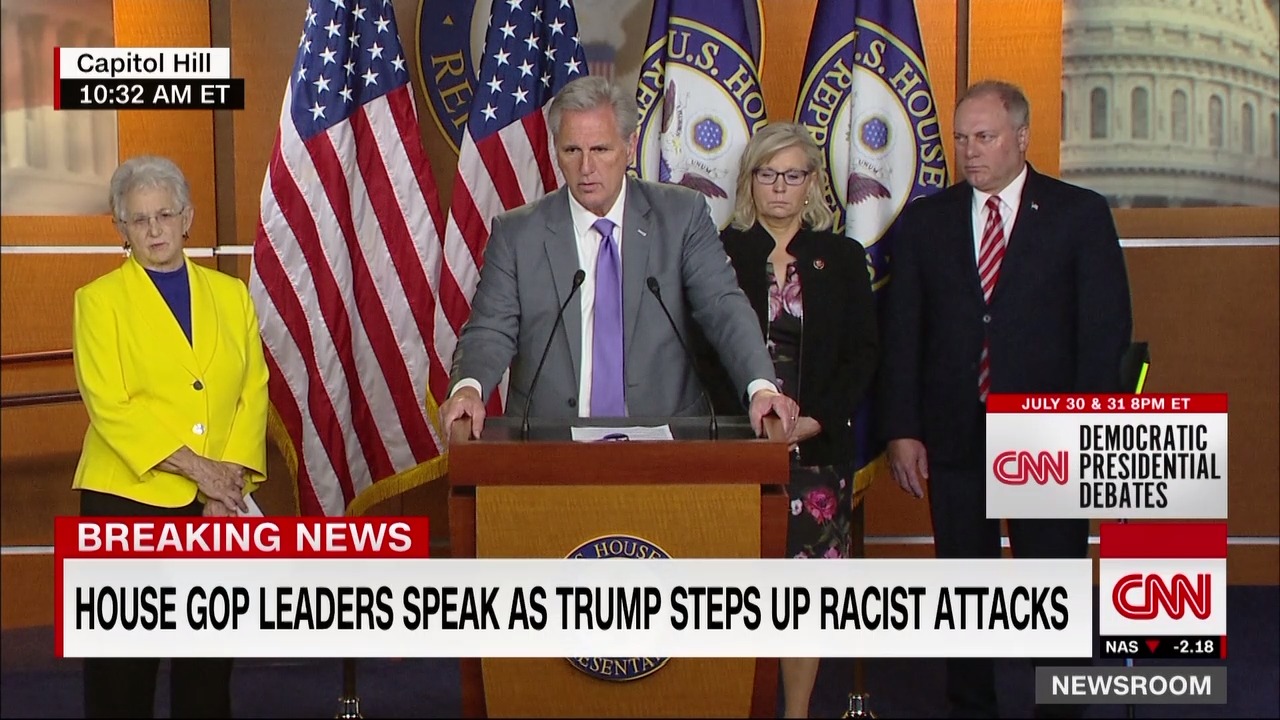 McCarthy said the Democrats' response has been politically charged.

"I understand when I listened to their press conference yesterday, they talked more about impeachment than anything else," he said.

He continued: “This is more from their bases about politics, and it’s unfortunate. We should get back to the business of America." 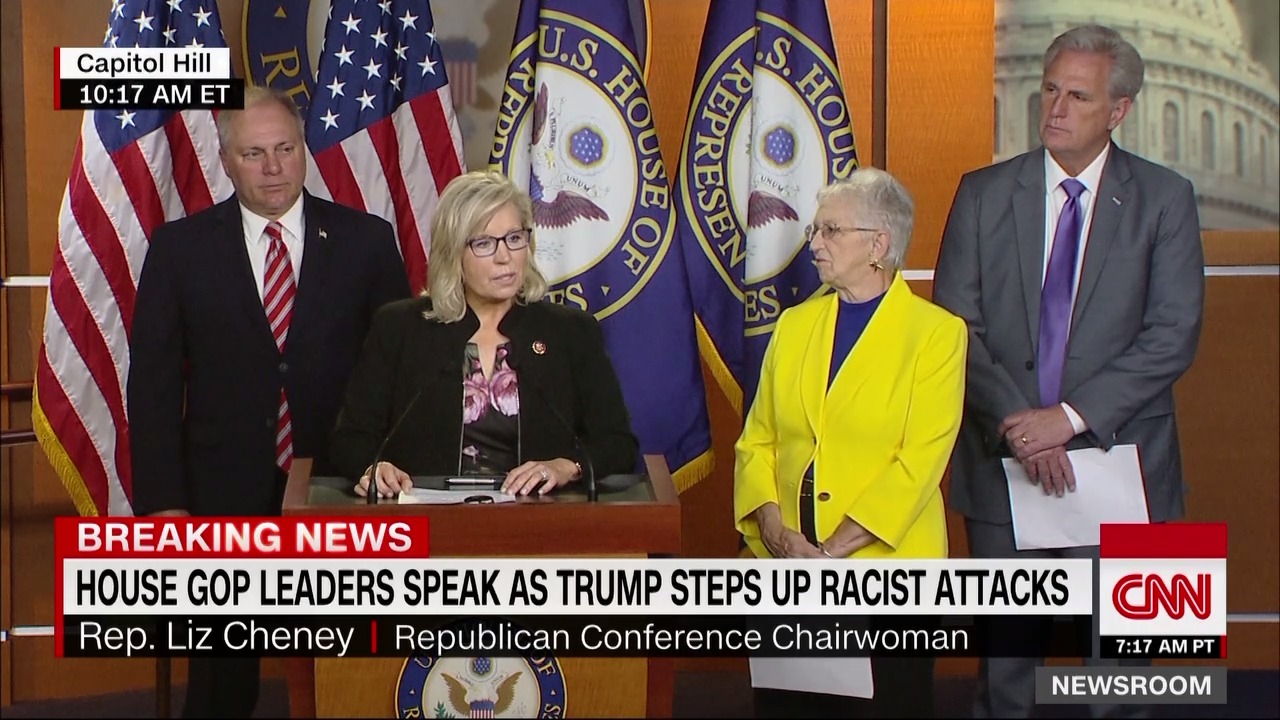 Rep. Liz Cheney, the chair for the Republican Conference, said GOP opposition to Democratic ideas "absolutely nothing to do with race or gender or religion."

The comment came as some Republican lawmakers are speaking out against the President's racist tweets about four Democratic congresswomen.

So our opposition to our colleagues' beliefs has absolutely nothing to do with race or gender or religion. We oppose them and their policies because their policies are dangerous and wrong and will destroy America. The issue here is the content of their policies and we will continue to stand up and fight against what we know is wrong for this nation.

President Trump is continuing his attacks on the Democratic congresswomen for a third day, tweeting that they "hate our Country."

The President also defended his previous tweets, saying they were "NOT Racist," adding that he does not have “a Racist bone in my Body."

Trump urged Republicans not to "show 'weakness" as the Democratic-led House moves to vote on a resolution to condemn his racist tweets.

Finally, he cited poll numbers for some of the Democratic congresswomen, But note: It's not clear which polls he's referring to or if they meet CNN polling standards.

Four first-term, progressive Democratic congresswomen who have been at the center of racist tweets by President Trump have came to be known as "The Squad" on Capitol Hill.

Here's who we are talking about when we use that phrase: 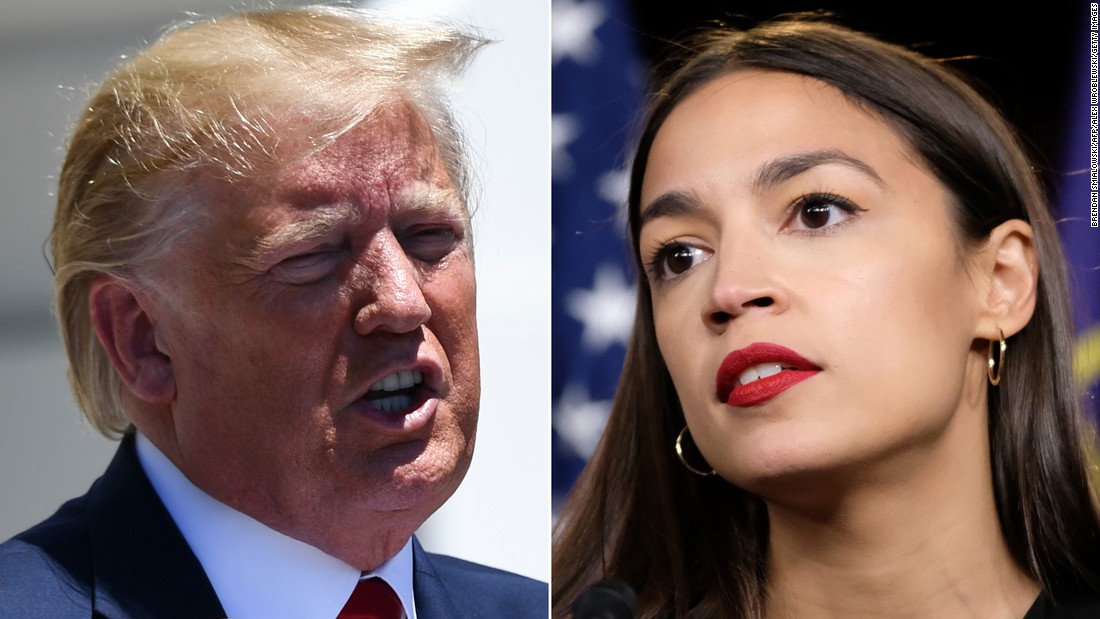 Rep. Alexandria Ocasio-Cortez on Tuesday defiantly responded to President Trump's continued attacks on her and other minority Democratic congresswomen, calling him out for the various sexual assault allegations made against him and his boasts on the infamous 2005 "Access Hollywood" video.

A little context: More than a dozen women have come forward with a range of accusations against Trump, ranging from sexual harassment and assault to lewd behavior, from before he was President. Trump has vehemently denied all of the allegations and has threatened to sue his accusers, though he has not done so.

In her tweet Tuesday, Ocasio-Cortez was apparently referring to new rules unveiled by the Department of Education in November that narrowed the definition of sexual misconduct on college campuses. 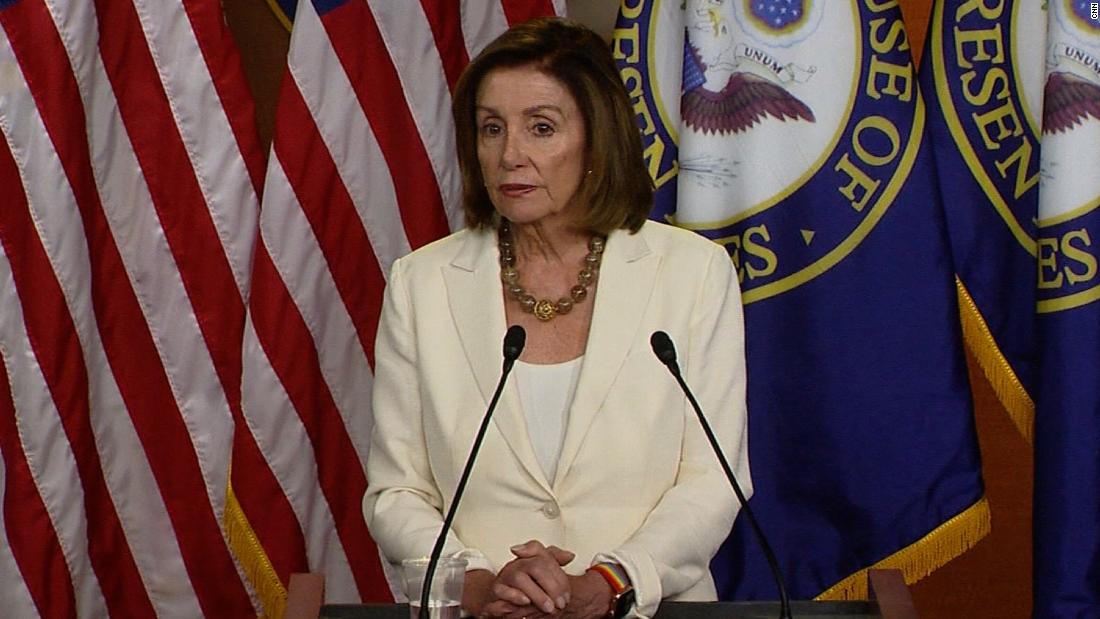 "The House cannot allow the President's characterization of immigrants to our country to stand. Our Republican colleagues must join us in condemning the President's xenophobic tweets," Pelosi wrote in a Dear Colleague letter to House Democrats.

You can read the full resolution here.

Trump started the day by taking to Twitter to repeat a message he directed Monday at four progressive Democratic congresswomen.

"If you hate our Country, or if you are not happy here, you can leave!," Trump's tweet said.

The tweet mirrors remarks that Trump made at the White House on Monday when he defended a series of tweets directed at the four congresswomen, all women of color.

The Trump administration filed a regulation Monday that could dramatically limit the ability of Central American migrants to claim asylum if they enter the United States by land through Mexico, according to a document filed by the departments of Justice and Homeland Security in the Federal Register.

Here's part of what the document says:

“Pursuant to statutory authority, the Departments are amending their respective regulations to provide that, with limited exceptions, an alien who enters or attempts to enter the United States across the southern border after failing to apply for protection in a third country outside the alien’s country of citizenship, nationality, or last lawful habitual residence through which the alien transited en route to the United States is ineligible for asylum,”

The rule would take effect immediately — but it is certain to face legal challenges.

What this means: The regulation would prohibit migrants who have resided in a third country from seeking asylum in the US. It would, therefore, bar migrants transiting through Mexico from being able to claim asylum and as a result, drastically limit who's eligible for asylum. The regulation is an interim final rule, which allows the new restrictions to go into effect immediately.

It’s the latest attempt by the Trump administration to toughen the US asylum process and has the potential of affecting a large swath of migrants journeying to the US-Mexico border. CNN previously reported that President Donald Trump had been considering the regulation.

The ACLU has said that it will "sue swiftly" in federal court.