Covid-19 boosters in the US 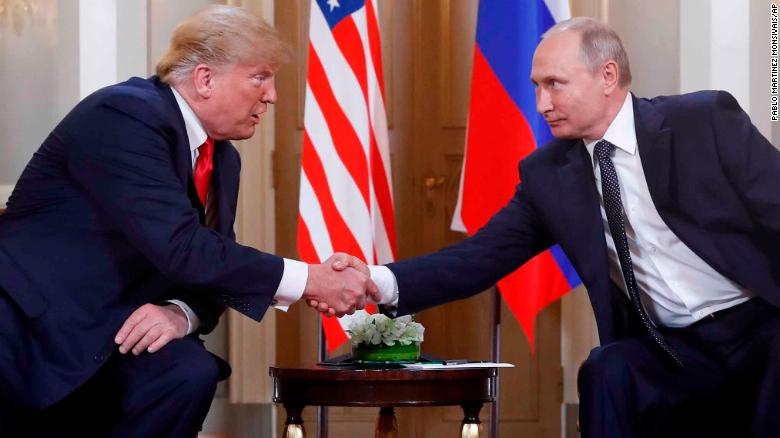 A US official is laying out three reasons the White House asked the Russian side for the extended one-on-one meeting between Trump and Putin to launch the summit.

The official said the request was made during the initial talks to set up the meeting over the course of the past few months. 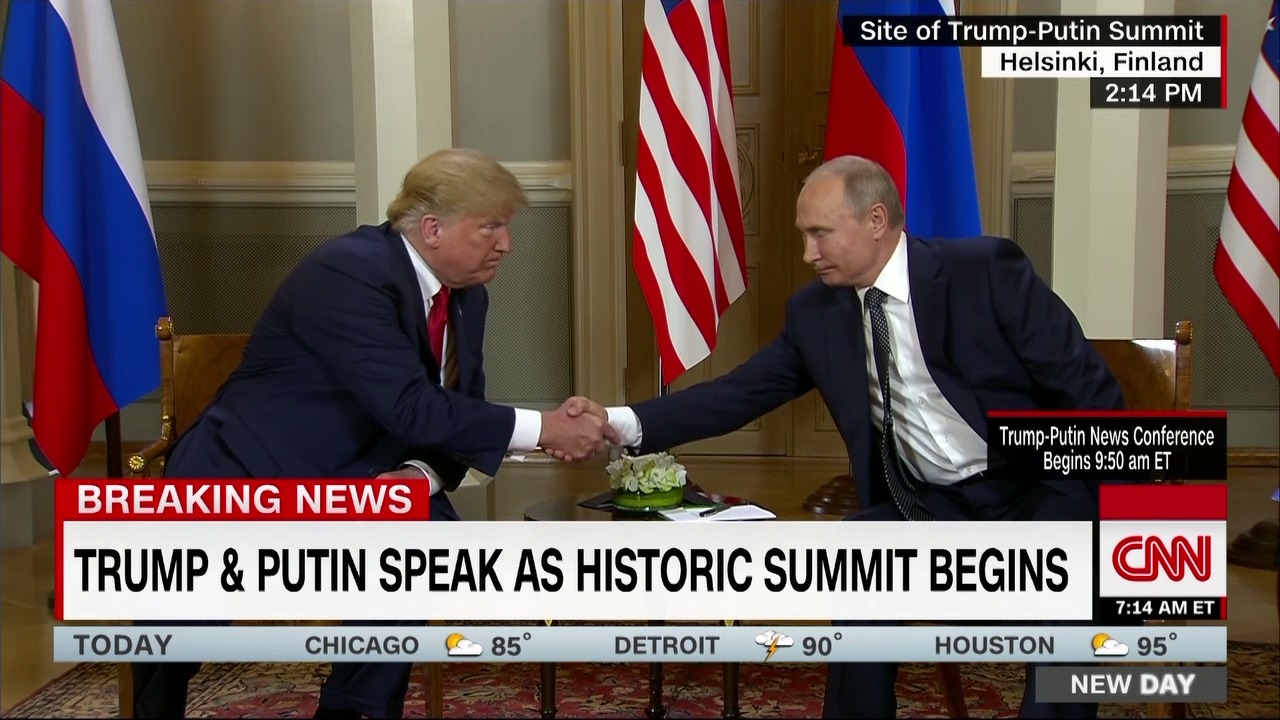 President Trump just spoke ahead of his meeting with Russia's Vladimir Putin.

Trump did not say he would address Russia's meddling in the 2016 US election, which critics have called an act of war.

Putin also offered remarks through a translator, but they were not immediately audible. 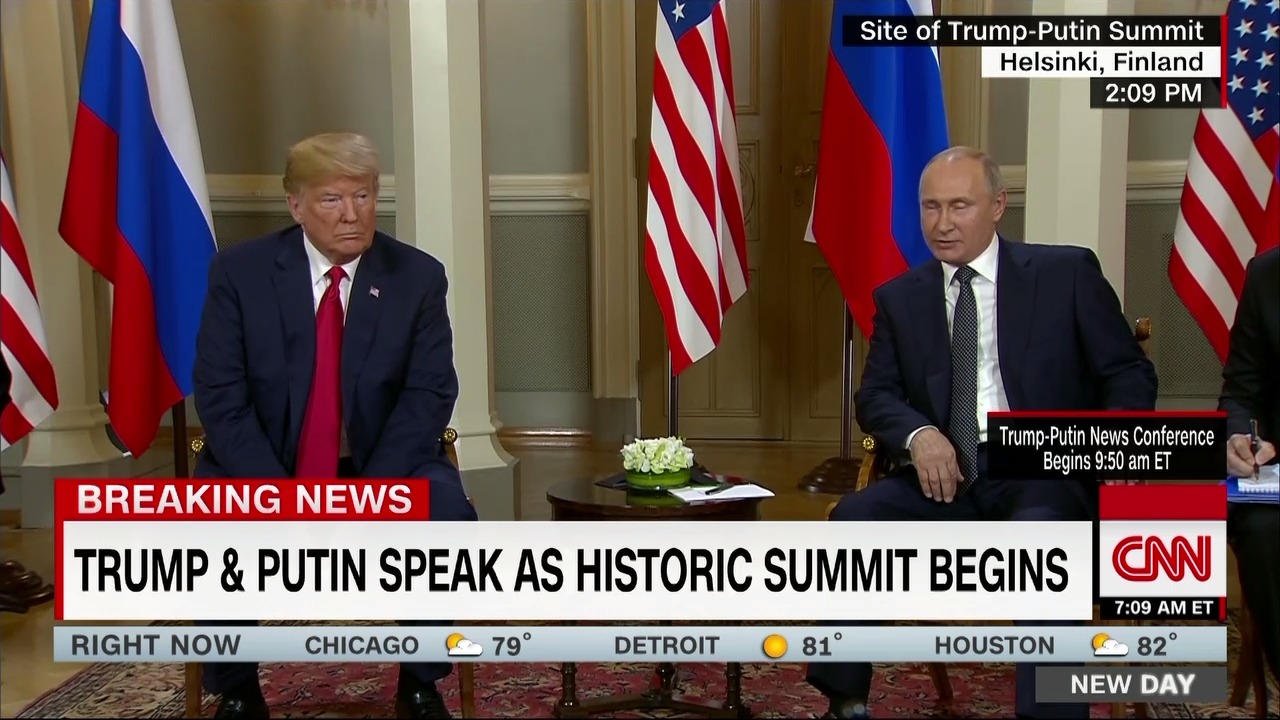 President Trump and Russian President Vladimir Putin just met ahead of their one-on-one. They are making statements.

President Trump has been huddling with his advisers this morning — for longer than expected, given Putin’s delay — and one thing that is not on the planned agenda for today's meeting is halting military maneuvers in the Baltics.

A US official tells CNN “at least that’s the plan going in,” referring to the joint US-NATO military exercises.

This, is course, is one of the questions hanging over the summit, given Trump’s abrupt decision last month in Singapore to halt military maneuvers over the Korea peninsula after his meeting with Kim Jong Un.

But the US official also acknowledges that things could always change after the one-on-one meeting between Trump and Putin.

Days ago, Trump said he wouldn't rule out stopping the military exercises if Putin requested it. 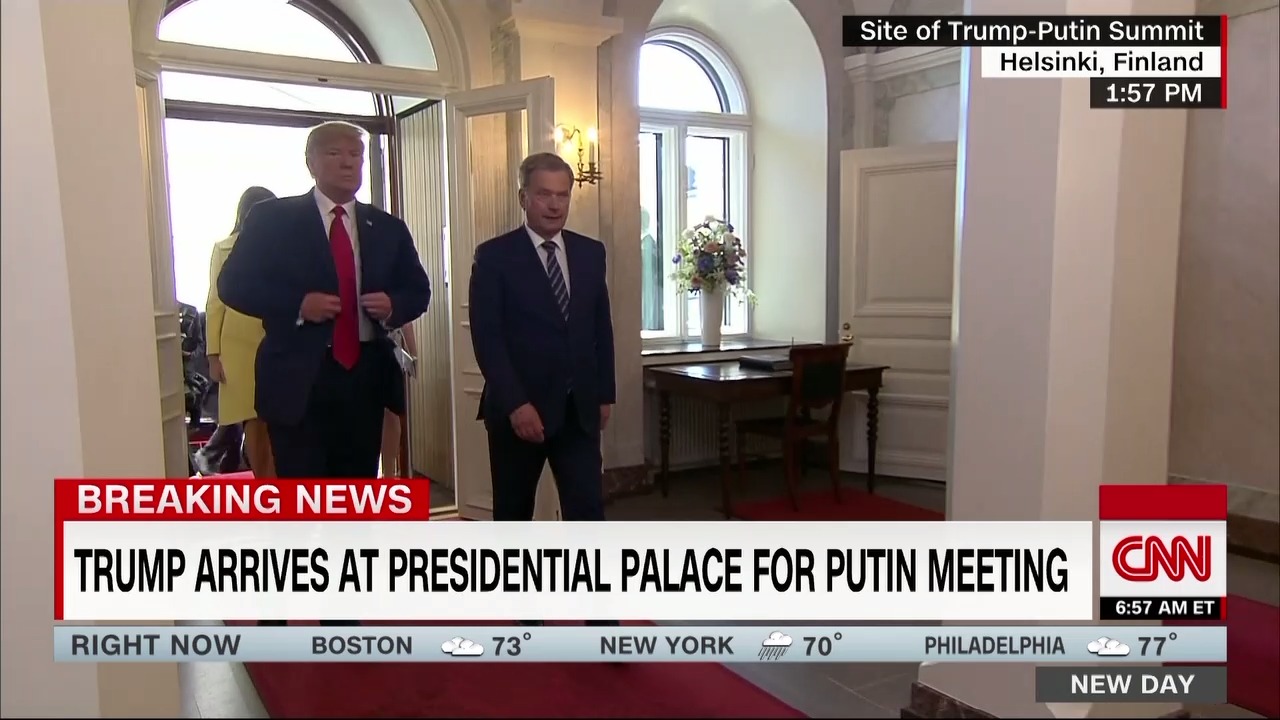 He was greeted at the door to the palace by the Finish president, about 20 minutes after Putin arrived via the same entrance.

The summit was already running about 45 minutes behind schedule on Monday after Putin arrived late at Helsinki's airport.

Trump was held at his hotel while he waited for Putin, who is known for arriving late to important events, to touch down -- drawing comparisons to Trump's late arrivals at recent summits with US allies.

CNN producer Sebastian Shukla counted 20 cars including an ambulance in Putin’s motorcade, and 29 in President Trump’s. Both men drove straight under a tarpaulin marquee and into a small courtyard inside the palace upon arriving.

Russia’s Ministry of Foreign Affairs says it agrees with President Trump’s comment that relations between the two countries have never been worse as a result of "U.S. foolishness" and the "witch hunt."

Trump made the comments on Twitter ahead of his meeting with Russian President Vladimir Putin. 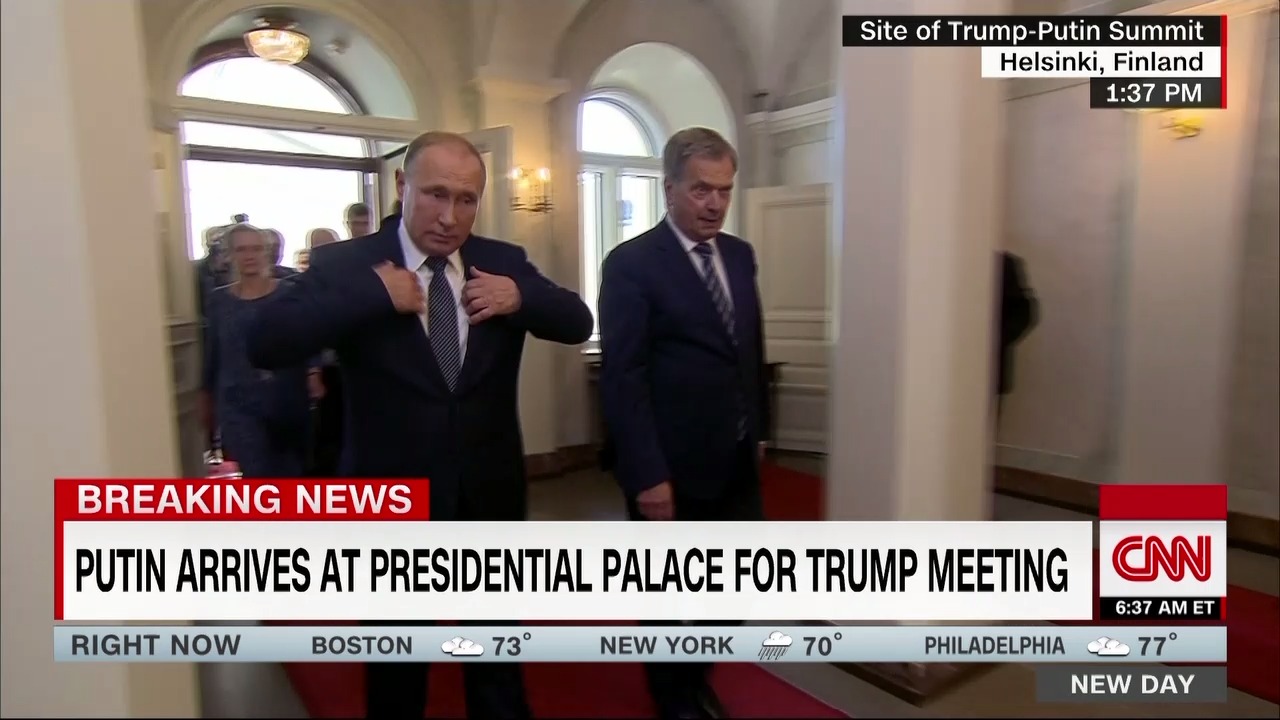 President Trump is waiting at his hotel and is expected to arrive about 10 minutes after Putin.

Trump can find a mean word to say about almost anyone: The Pope, a Gold Star family, Arizona Sen. John McCain, and on and on and on.

One person appears to be an exception to that rule: Vladimir Putin.

Time and time again over his nearly 18 months in office, Trump has resisted saying anything bad about Putin. His critics say that's particularly odd given that Russia conducted a broad and deep attempt to influence the 2016 presidential election.

Here are 11 times the US President has praised his Russian counterpart.

The billboards were written in both English and Russian.

The Newspaper's Editor-in-Chief, Kaius Niemi, said in a Tweet Saturday:

"As we welcome the presidents to the summit in Helsinki, we @hsfi want to remind them of the importance of free press. 300 billboards on the routes from the airport to the summit are filled with news headlines regarding presidents’ attitude towards the pressfreedom. #HELSINKI2018"

Across Helsinki, other activist groups also unfurled banners for the summit. Here's one from Greenpeace: