Our live coverage of President Trump's visit to Pittsburgh has ended. Scroll through the posts below to see how it unfolded or read more about it here

President Trump and first lady Melania Trump departed Pittsburgh this evening after they met with wounded law enforcement officers at a local hospital and visited the Tree of Life Synagogue to pay their respects to the victims of Saturday's shooting.

During his visit, the President traveled alongside the first lady and prominent Jewish members of his administration -- including daughter Ivanka and son-in-law Jared Kushner -- to somberly lay stones atop the 11 Star of David markers planted in the ground outside the synagogue. The traditional Jewish practice was in remembrance of the victims of the shooting spree, the worst anti-Semitic attack in American history.

President Trump met with four patients and their families today at University Pittsburgh Medical Center, according to Donald Yealy, the hospital's chief of emergency medicine.

The President spent a considerable amount of time with each patient and their family members, and spoke with the hospital’s care team, he told reporters.

Trump also spoke with a family member of one of the 11 victims, Yealy said.

As President Trump paid a solemn visit Tuesday to the Tree of Life Synagogue in Pittsburgh, shouts of protest could be heard in the distance.

Outside the synagogue, angry neighbors formed a march near where the President was paying his respects. Several carried signs objecting to Trump's visit, bearing slogans like "Words Matter," "Strength through Unity," "Watch Your Words" and "Hate does not work in our Neighborhoods."

It was a sign that Trump's presence in the city was not welcomed by many residents and local officials, who said they asked the White House to delay a visit until after the victims of the attack were buried.

Pittsburgh Councilman Corey O'Connor told CNN he was with demonstrators when they started their march.

"I think to their point and to the city's point, we're sort of saying, 'Now is not the time.' Today, we were grieving, we're going to be grieving for the next few weeks and today wasn't a time to draw more national attention to us," he said.

O'Connor continued: "We are a tough city. We are going to get through this, we are all going to battle together and that's what Pittsburgh is all about. And we will get through this, but today was a difficult time for additional attention." 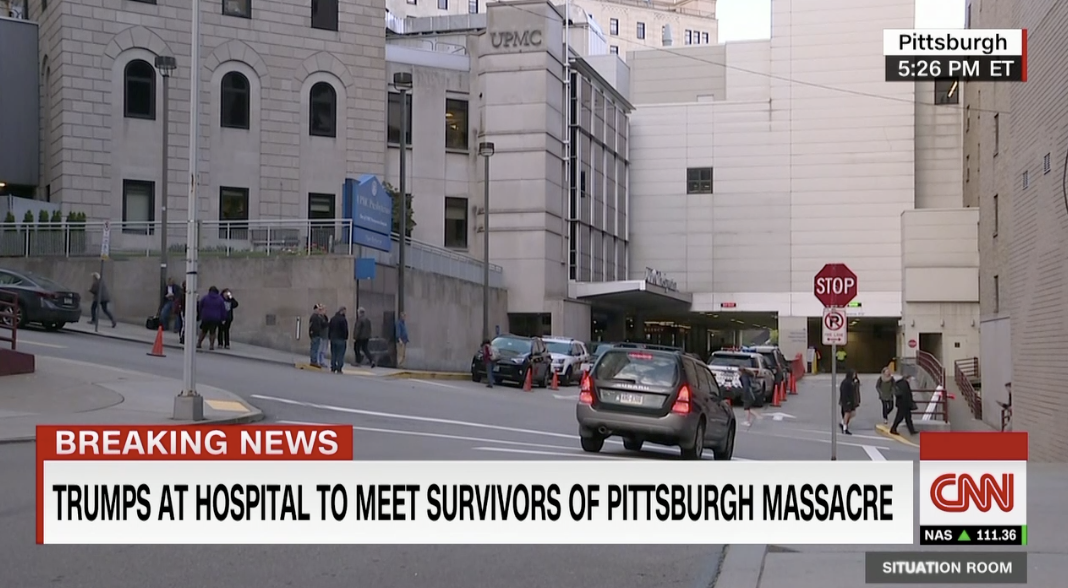 President Trump and first lady Melania Trump have arrived at the University of Pittsburgh Medical Center to meet with victims of Saturday's shooting.

They will be meeting with medical staff and wounded law enforcement officers, according to pool reports. They are... 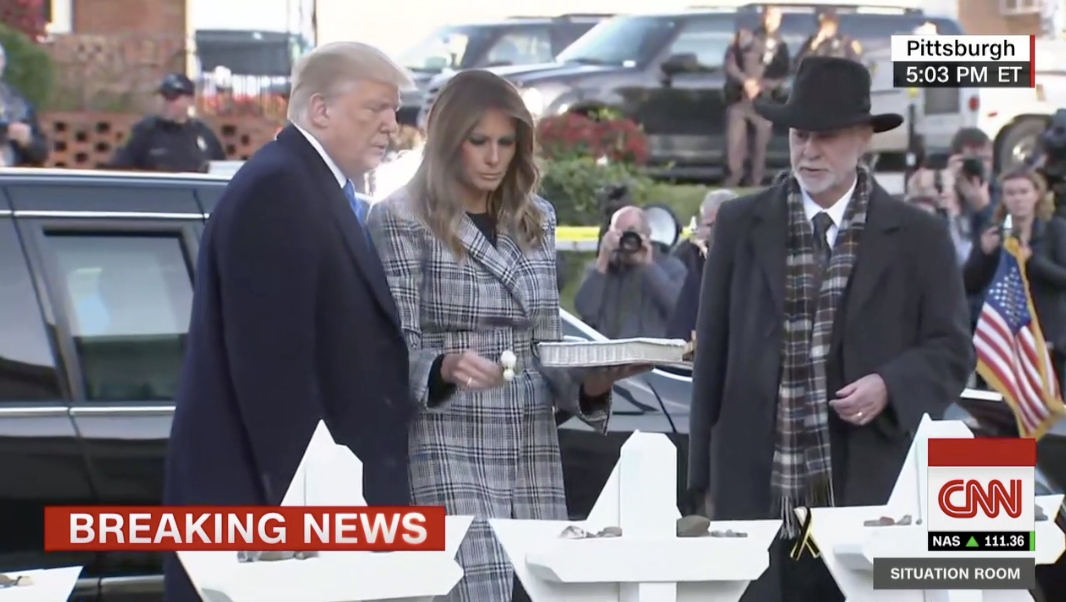 President Trump and first lady Melania Trump laid stones and white roses atop 11 Star of David markers planted in the ground outside the Tree of Life Synagogue.

The traditional Jewish practice was in remembrance of the victims of Saturday's shooting spree, the worst anti-Semitic attack in American history.

Trump was greeted at the scene by the congregation's rabbi, Jeffrey Myers, and Israeli Ambassador to the US Ron Dermer. He lit candles in the synagogue's entryway, but did not venture into the sanctuary, which is still considered a crime scene. 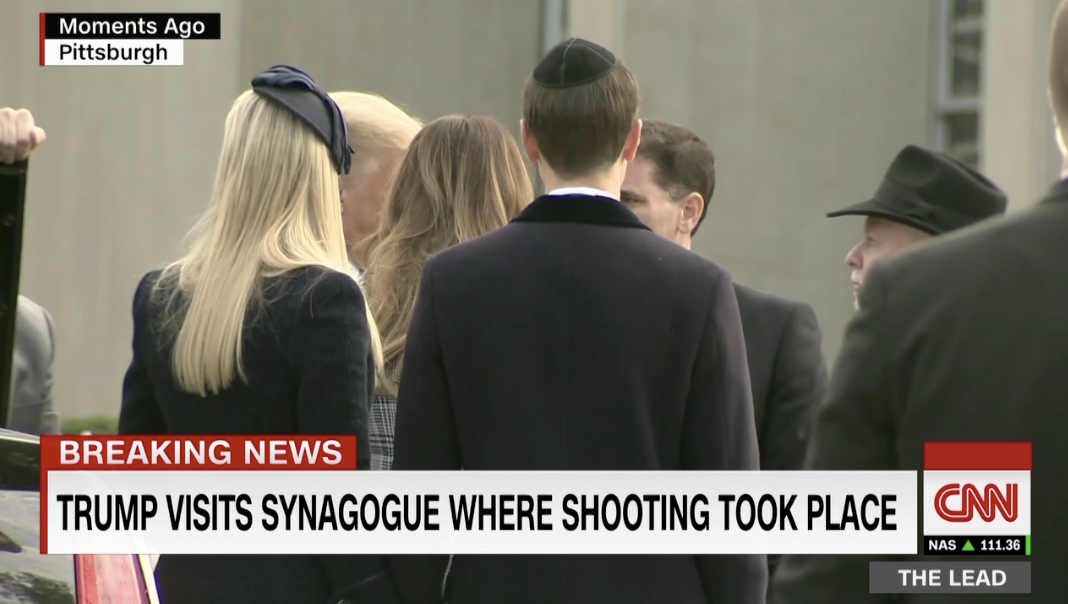 President Trump and first lady Melania Trump have arrived at Tree of Life Synagogue in Pittsburgh, the scene of Saturday’s mass shooting.

They will enter the vestibule of the building because the synagogue is still a crime scene, according to pool reports. The President and first lady will then light a candle with the rabbis and Israeli Ambassador Ron Dermer for the 11 victims.

They will then walk outside and lay stones from the White House, a traditional custom in Judaism, and white roses at each of the stars for the victims. A rabbi will accompany them and lead them in a prayer.

The President and first lady are visiting today to pay their respects to the victims of the shooting at the Tree of Life Synagogue. But some residents and officials said the President should allow people to heal before visiting the community.

Kathy Wolfe lives across the street from the Tree of Life Synagogue and is preparing a sign of protest in case the President or anyone from the White House shows up. 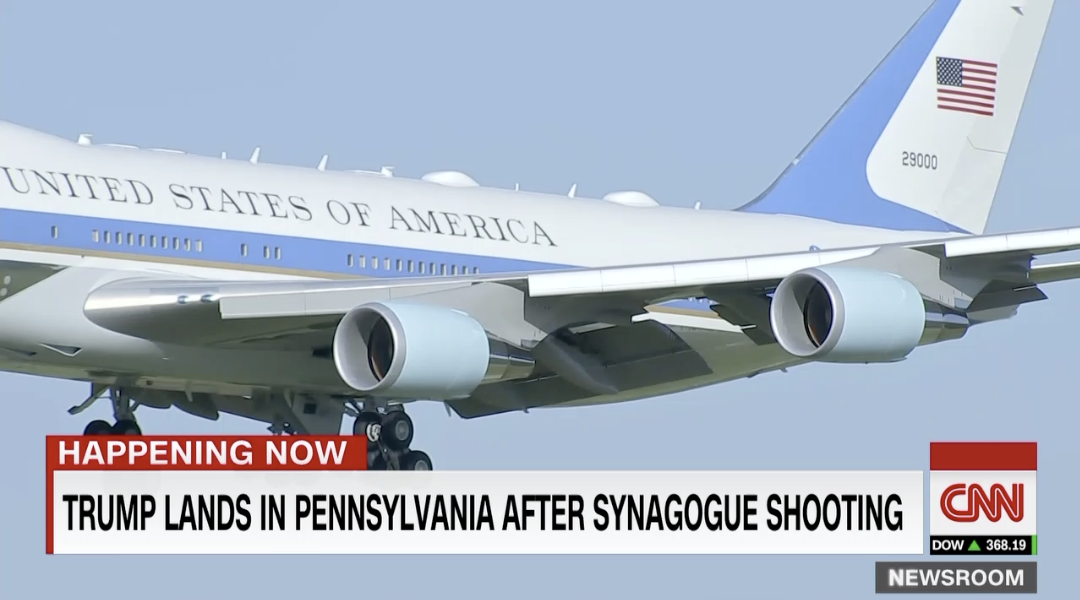 President Trump and first lady Melania Trump have arrived in Pittsburgh to pay their respect to the victims of Saturday's shooting at the Tree of Life Synagogue.

Ivanka Trump and Jared Kushner, who are orthodox Jews, followed shortly behind, walking hand in hand and both wearing black.

The four boarded the motorcade, the first lady waving from the window as it began rolling.

Treasury Sec. Steven Mnuchin, who is also Jewish, is also traveling with the group, and deplaned behind them.