Our live coverage has concluded. Scroll through the posts below to read more or follow CNN Politics.

Speaker of the House Nancy Pelosi just responded to President Trump's name-calling. (Moments ago, he called her a "mess" and said some trade policy is "too complicated" for her to understand.)

Pelosi said she'd work with "the 'extremely stable genius'" when he starts acting "more presidential." Trump has repeatedly referred to himself as a "stable genius" — back in 2018 and today. 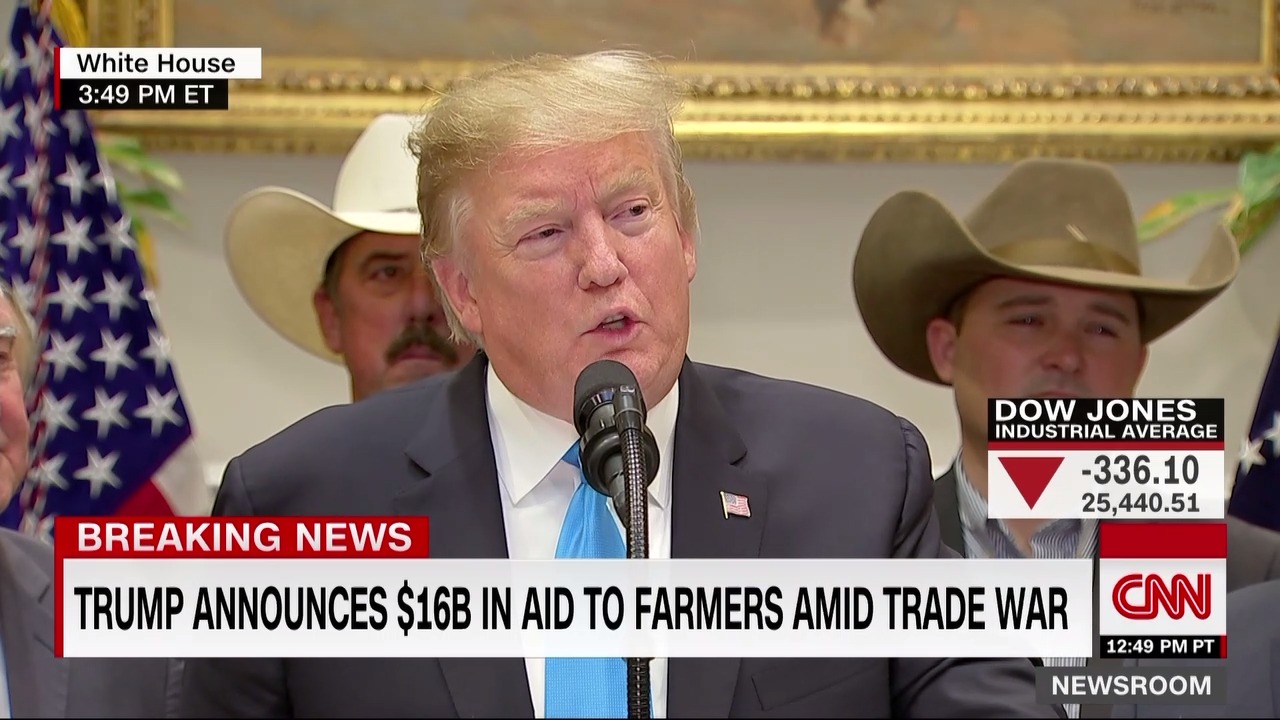 Trump addressed the dust-up between him and Pelosi directly, dismissing the “nasty-type statement” Pelosi made afterward.

As he did on Twitter this morning, Trump disputed the characterization of himself at the infrastructure meeting as angry. He said he intentionally maintained his cool “because I know that they will always say that even if it didn’t happen.”

“You all saw me minutes later, I was at a news conference, I was extremely calm,” Trump said.

After again taking a swipe at Pelosi – “She’s lost it,” he said – Trump quizzed his aides on precisely how calm he behaved in the infrastructure meeting yesterday.

“Kellyanne, what was my temperament yesterday?” he asked counselor Kellyanne Conway, who he said was present at the meeting.

“You were very calm,” Conway said.

“What was my attitude when I walked in?” he asked Schlapp

The President repeated this with economic adviser Larry Kudlow, asking his opinion of the President’s demeanor.

Trump said Pelosi was “crazy” and waving her arms like an animated 2020 Democratic hopeful, Beto O’Rourke.

“She reminded me of Beto,” Trump said of Pelosi.

Trump then turned to press secretary Sarah Sanders to solicit yet another opinion of his temperament.

“What was my tone yesterday at the meeting?” he asked.

Sanders told the President he was “definitely not angry or ranting.” 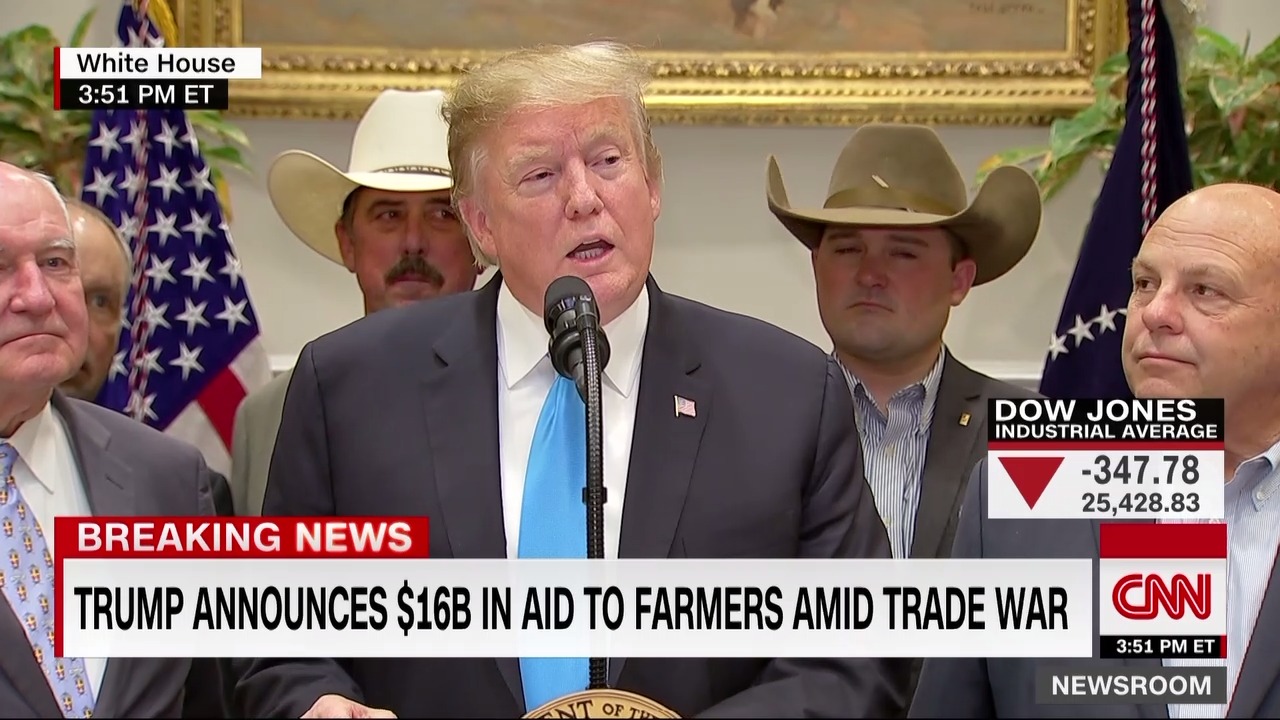 President Donald Trump claimed on Thursday that his re-negotiated trade deal with Canada and Mexico is so complex that Democratic House Speaker Nancy Pelosi can’t understand it.

“I don’t think Nancy Pelosi understands the deal, it’s too complicated,” Trump said during remarks at a farmers’ event at the White House.

Trump claimed “many” Democrats have informed the White House they plan to support the US Mexico-Canada Agreement, USMCA, “regardless of leadership.”

“NAFTA has been one of the worst deals ever made in trade,” Trump said.

His swipe at Pelosi comes as the two leaders have feuded this week, with the President walking out on a meeting with her Wednesday after Pelosi accused him of engaging in a “cover-up.”

"I pray for the President of the United States," she said. "I wish that his family or his administration or his staff would have an intervention for the good of the country."

Asked by NBC News' Kelly O'Donnell if she was concerned about Trump's wellbeing, Pelosi responded, "I am. And the wellbeing about the United States of America."

House Speaker Nancy Pelosi said she would continue to use rhetoric like "cover-up" even if President Trump finds it inflammatory.

"I do not intend not to honor my oath of office," she said at her weekly press conference.

Pelosi also told reporters she still would take a meeting again with Trump on legislation despite the blowup at yesterday's meeting.

"We can walk and chew gum," she said.

CNN's Manu Raju asked Speaker Pelosi if she could explain why she is opposed to launching an impeachment inquiry, as many of her House Democratic colleagues want to do.

She added, however, that she wants to "follow the facts," which could lead to impeachment down the road.

"I do think that impeachment is a very divisive place to go in our country," she said, "and we can get the facts to the American people through our investigation. It may take us to a place that is unavoidable in terms of impeachment or not. But we're not at that place." 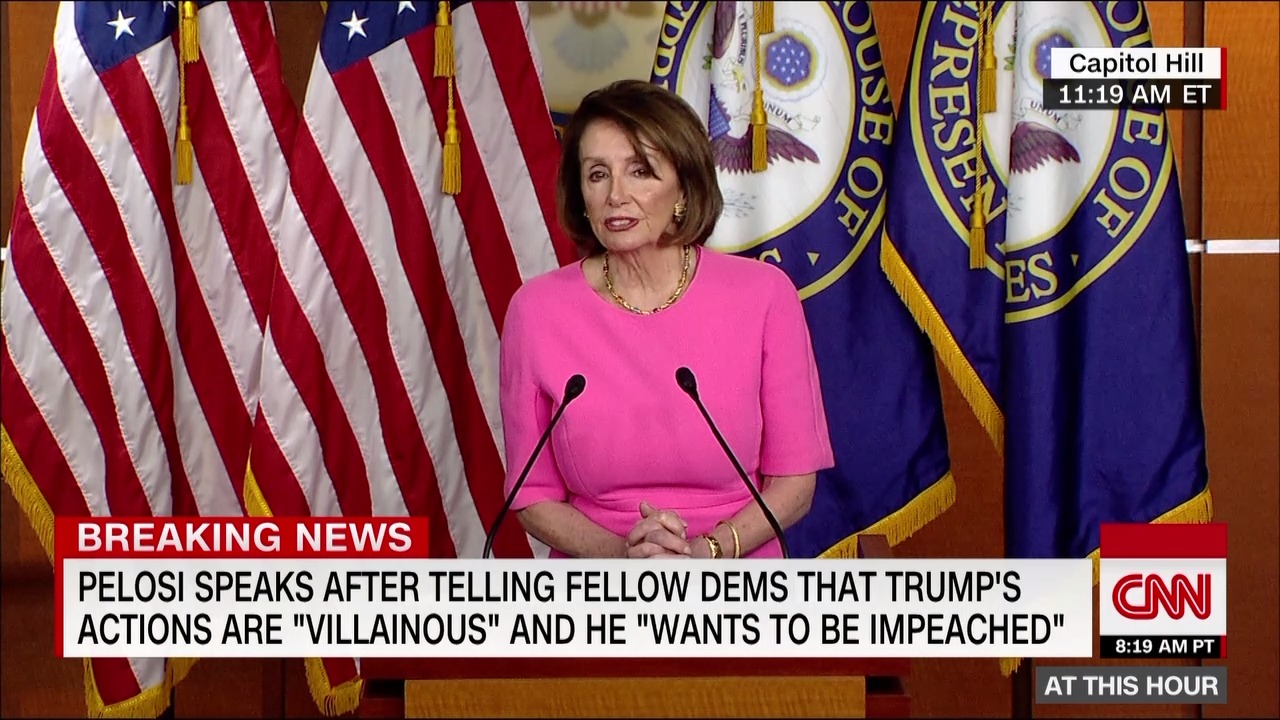 Speaker of the House Nancy Pelosi is speaking at her weekly news conference and discussing her abrupt meeting with President Trump yesterday. The meeting — which was supposed to be about infrastructure — lasted only five minutes after President Trump said he could not work with Democrats as they weigh investigations against him.

Pelsoi said the fact that Democrats are not actively pursuing impeachment proceeding "got" to the President.

"I think what really got to him was that these court cases and the fact that the House Democratic caucus is not on a path to impeachment. That’s where he wants us to be," she said.

Remember: Pelosi has long maintained she doesn't want to begin impeachment proceedings. She has said Trump is "goading" Democrats into starting the process because "he knows that it would be very divisive in the country" and subsequently solidify his base.

Today, Pelosi also called the Wednesday meeting a "stunt" and a "distraction."

“He is the master of distraction. We will all agree on that. That’s something he does well, to distract from problems that he has," she said. 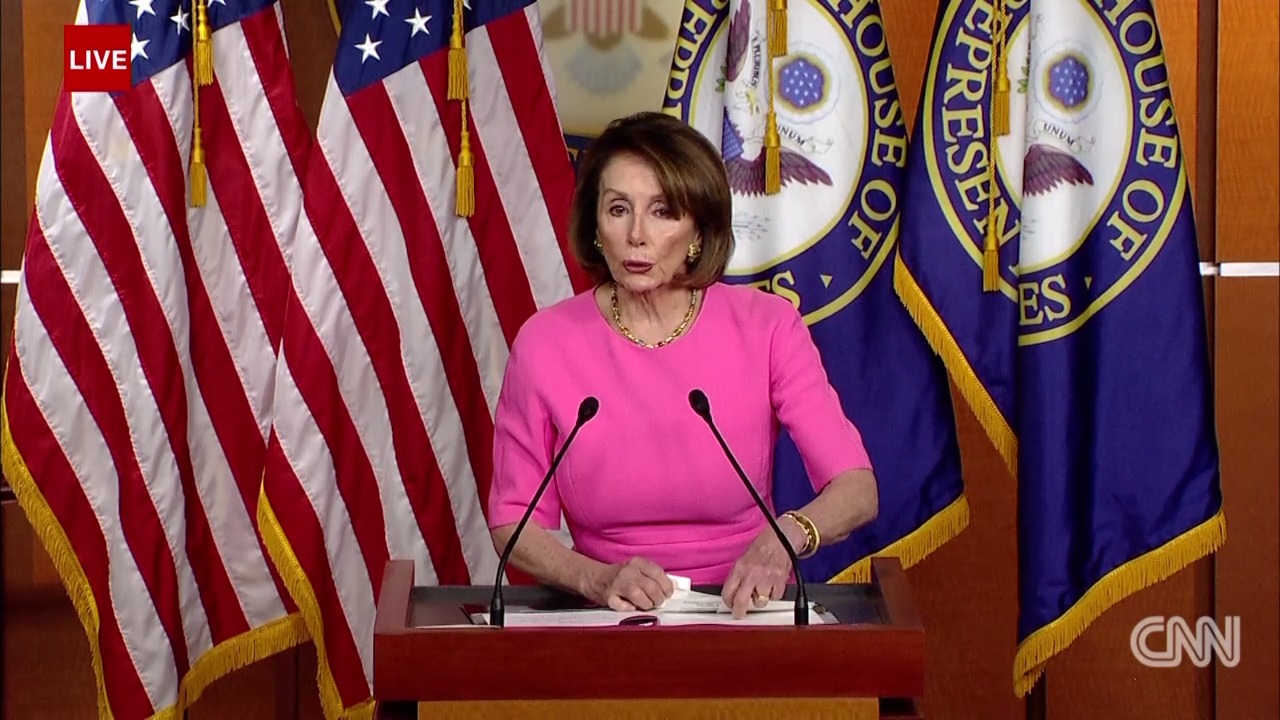 House Speaker Nancy Pelosi just took the podium for her weekly press conference. You can watch it live in the video player above (refresh if you don't see it), on TV or CNNGo.