Our live coverage has ended. Check out the posts below to see how the day unfolded.

President Trump compared the border between the North and South Korea — and the thousands of US troops stationed along it — to his efforts to build a wall along the US-Mexico border.

Trump, in a riff about foreign affairs and his border wall, complained that nobody crosses the border between North and South Korea, failing to mention the 160-mile long DMZ.

“Look at Korea. We have a border in Korea. We have a wall of soldiers. We don’t get paid very much for this, do we? You look at that, nobody comes through. But our own border, we don’t take care of it. Think of it. We spend billions of dollars in other countries maintaining their borders and we can’t maintain our borders in our own country. Is there something a little bit wrong with that? Think of it. We spent billon sand billions of dollars — look North and South Korea, 32,000 soldiers,” Trump said.

He made the comments while delivering prepared remarks on infrastructure in Ohio. 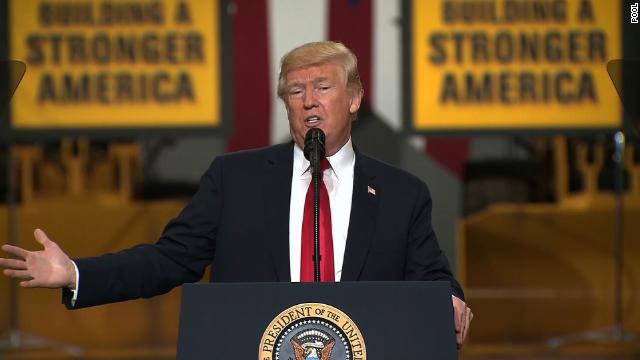 President Trump gave a speech in Ohio moments ago. It was billed as remarks about his infrastructure plan. But he touched on a variety of topics that have nothing to do with the measures he's proposed.

VA health care: "They had sadists that treated our vets horribly, horribly. Worse than a movie. They had people that wouldn’t work. You couldn’t do anything."

US trade and US allies: "Our friends did more damage to us than our enemies."

A possible trade deal with South Korea: "I may hold it up 'til after a deal is made with North Korea. Does everybody understand that? Cause it’s a very strong card and I want to make sure everyone is treated fairly."

North Korea: “Certainly the rhetoric has calmed down just a little bit.”

Roseanne's ratings: "Look at Roseanne — look at her ratings ... They were unbelievable." 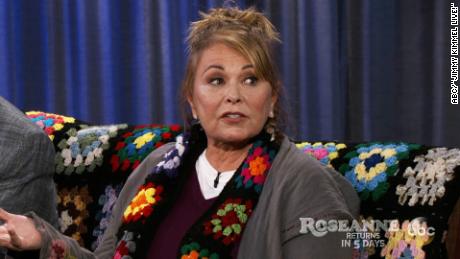 President Trump described his phone call with Roseanne Barr on Thursday at the tail end of nearly hour-long speech in Ohio.

"Look at Roseanne — look at her ratings," Trump told a crowd of union workers outside Cleveland, where he was delivering what was billed as an infrastructure speech but sounded instead closer to a political rally.

He said he took a phone call from television producer Mark Burnett, who asked whether he'd seen Roseanne's ratings.

"They were unbelievable," Trump said. "Over 18 million people. And it was about us."

He said the mainstream media hadn't yet "figured it out yet."

President Trump, while touting his infrastructure plan, said it could take Congress some time to pass all of the measures he's asked for.

"I’ve asked Republicans and Democrats in Congress to come together and deliver the biggest and boldest infrastructure plan in the last half-century," Trump said.

However, he quickly added, "I don’t think you’re gonna get Democrat support very much, and you’ll probably have to wait until after the next election, which isn’t very far down the road."

"We probably have to wait until after the election, because the Democrats say don’t give him any more wins," he said.

A senior administration acknowledged Wednesday that 2018 does present challenges as the White House pushes the plan.

The source added that the administration is committed to tackling the issue over the long-term and said the White House believes pieces of Trump's proposals will pace this year.

With reporting from CNN's Jeremy Diamond and Dan Merica

President Trump responded to former Supreme Court Justice John Paul Stevens calling for the repeal of the Second Amendment on Thursday, telling the Ohio audience that he wouldn’t let that happen.

Trump did not mention Stevens by name, but made reference to his comments in a New York Times opinion.

“You saw the other day where a very important and respected in some circles Democrat said we wanted to get rid, we should get rid of the Second Amendment,” Trump said. “In other words, get rid of it."

“I may hold it up til’ after a deal is made with North Korea. Does everybody understand that? Cause it’s a very strong card and I want to make sure everyone is treated fairly,” Trump said while touting the deal as leveling the playing field on steel.

On North Korea, Trump said that “certainly the rhetoric has calmed down just a little bit.”

He added that the ongoing developments with North Korea will “be very interesting.”

Trump also slammed the previous deal with South Korea, calling it a “horror show” and a “Hillary Clinton special.”

President Trump, speaking before a crowd of union builders in Ohio, joked that he was arguably better at building than he is at being president.

Trump was talking about building the wall along the US-Mexico border when he referenced photos he tweeted out earlier this week. (The photos were actually taken in February, and they were of replacement fencing.)

On the wall, Trump came close to accusing Democrats of wanting drugs to come over the border.

“They want people to come in from the border and they want, I guess, want, I can’t imagine they want, but certainly drugs are pouring across borders,” he said. “We need walls. We started building our wall. I am so proud of it. We started, we had 1.6 billion and we have already started.”

President Trump told an audience of local workers in Richfield, Ohio, that America's allies had long taken advantage of the US and that he had put a stop to it.

"We stood up for the American workers by finally cracking down on unfair trade that steals our jobs and plunders our wealth," Trump told the crowd. "They've stolen our wealth, our they've stolen our plants and factories. No more. Even our friends took advantage -- our friends are friends. They're wonderful people. But we said, you can't do that anymore. Those days are over. Frankly, our friends did more damage to us than our enemies. We didn't deal with our enemies. We dealt with our friends and dealt incompetently."