President Trump: He addressed NRA members at their annual meeting for nearly an hour. See highlights below.

Earlier: Trump spoke to the press on his way to the NRA meeting in Dallas. He made news on an array of issues, from Rudy Giuliani, to North Korea, to Stormy Daniels.

President Trump tweeted about guns and immigration, as he returned to Washington tonight. 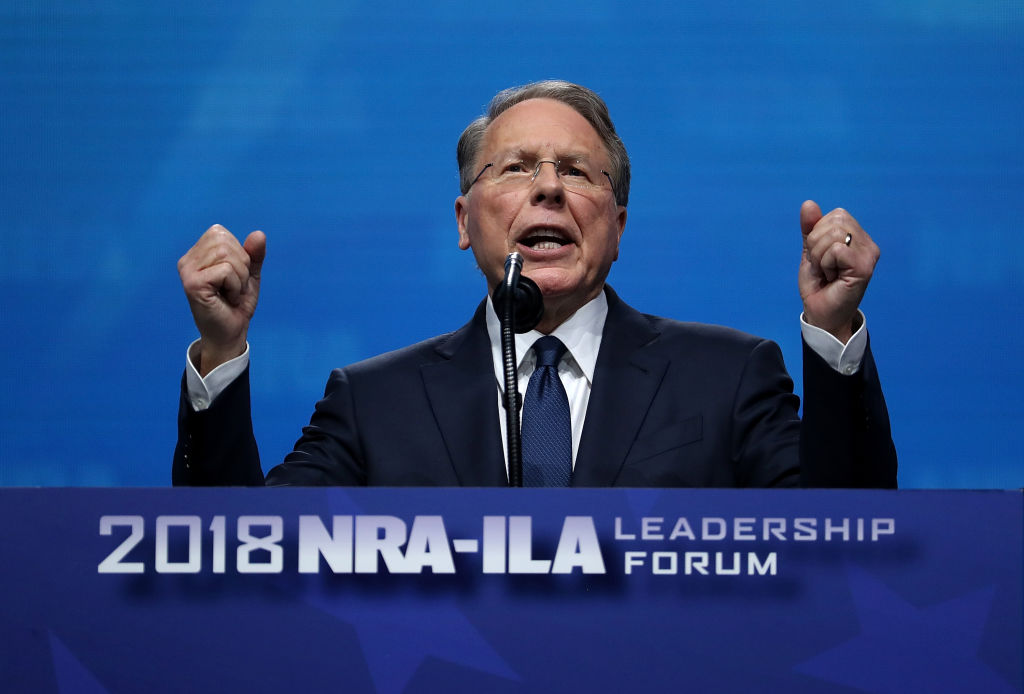 "The political elites, media elites, they demonize us and shame us and they try to blame us for the horrible tragedies that could have and should have been prevented," he told the crowd at the convention late this afternoon.

"And I know all of you know this, they’re tragedies that we had absolutely not one damn thing to do with."

President Trump just addressed the National Rifle Association's annual convention in Dallas. He spoke for nearly 50 minutes and brought up a wide variety of topics.

Here are the highlights:

President Trump at the NRA convention called attention to the "red flags" that were present before the Parkland school shooter carried out his attack.

"There has never been a case where more red flags have been shown," Trump said, as he promised his administration was "working to improve early warning systems."

Since the attack, Trump has repeatedly brought up alleged missed signals. The day after the shooting, the President suggested on Twitter that the shooting could have been prevented, noting that those who knew the shooter "knew he was a big problem."

Trump, during his NRA speech today, called attention to the modest measures he signed into law in the wake of the Parkland shooting, but made no mention of the series of reforms he called for in its immediate wake, which the NRA opposed. Trump made no mention of his past support for raising the age of purchase for certain firearms, his calls for "comprehensive" gun law reforms and his support for expanding background checks.

Instead, he focused on the bill he signed into law which included $2 million in school safety funding and modest improvements in reporting to the background check system — all measures supported by the NRA.

Trump said teachers need to be given a chance to protect their students.

"This school is a gun-free zone come in and take us," he said.

President Trump kept up his attacks on Democratic Sen. Jon Tester Friday during a riff on immigration, saying that what the Senator did to his pick to lead the VA, Ronny Jackson, was "a disgrace."

"We’re going to keep the violent criminals out. Senate Democrats like Jon Tester, you saw what happened there, what he did to one of the finest people in our country, what he did to the admiral, what he did is a disgrace. John Tester," he said

Tester led the congressional oversight on Jackson’s nomination to lead the VA. Jackson withdrew his name as he faced a number of accusations of misconduct.

President Trump said the current immigration laws were written by lawmakers who do not love the United States.

"We have laws written by people that truly could not love our country," Trump told the National Rifle Association.

"Illegal immigration must end. We have maxed out every law," Trump said.

He added that "we are going to have to outlaw" trucks and vans.

"We all know what’s going on in Chicago but Chicago has the toughest gun laws – they’re so tough, but you know what’s happening. It seems that if we’re going to outlaw guns like so many people want to do – Democrats – you better get out and vote, then we will… We are going to have to outlaw immediately all vans and all trucks, which are now the new form of death," he said.

Citing recent knife attacks in London, Trump said, "They don't have guns. They have knives and instead there's blood all over the floors of this hospital."