Trump made a reference to a "Mr. Pillsbury," likely Michael Pillsbury, the Hudson Institute's director for Chinese strategy, and said, "If you look at Mr. Pillsbury, the leading authority on China, he was on a good show — I won't mention the name of the show — recently. And he was saying that China has total respect for Donald Trump and for Donald Trump's very, very large brain," Trump says. 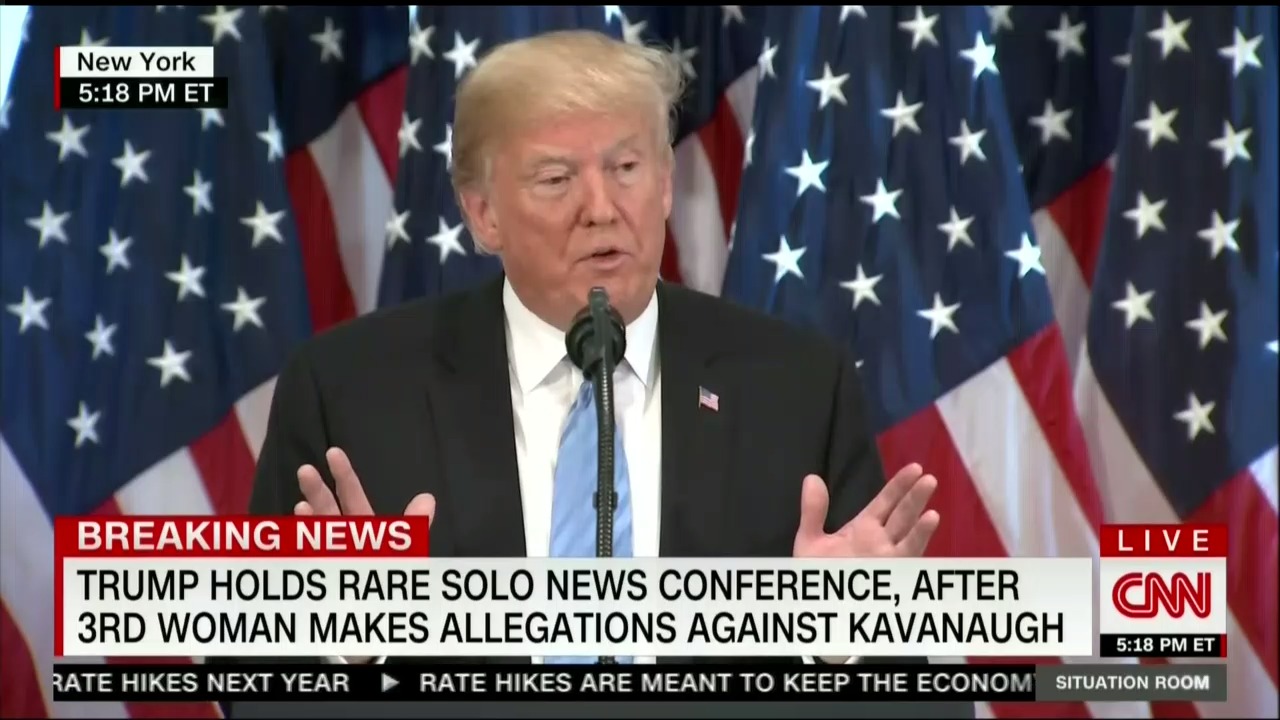 President Donald Trump signaled Wednesday that he could change his mind if he finds the women who have accused Brett Kavanaugh of sexual assault and other inappropriate behavior credible.

Trump also said he plans to watch tomorrow's hearing between Supreme Court nominee Brett Kavanaugh and Christine Blasey Ford, the woman who has accused him of sexual assault.

He later added: "I want to watch. I want to see. I hope I can watch. I'm meeting with a lot of countries tomorrow."

President Trump suggested Wednesday that Brett Kavanaugh's accusers should have reported their purported sexual assaults when they occurred.

"I only say this: 36 years, no charge, no nothing," he said during a news conference. "People are going to have to make a decision. Thirty-six years and there’s no charge."

He suggested it would be up to lawmakers to decide Kavanaugh's fate, and again denigrated Michael Avenatti, the lawyer representing the latest accuser.

"The other con artist Avenatti come out with another beauty today," he said about the new allegations. 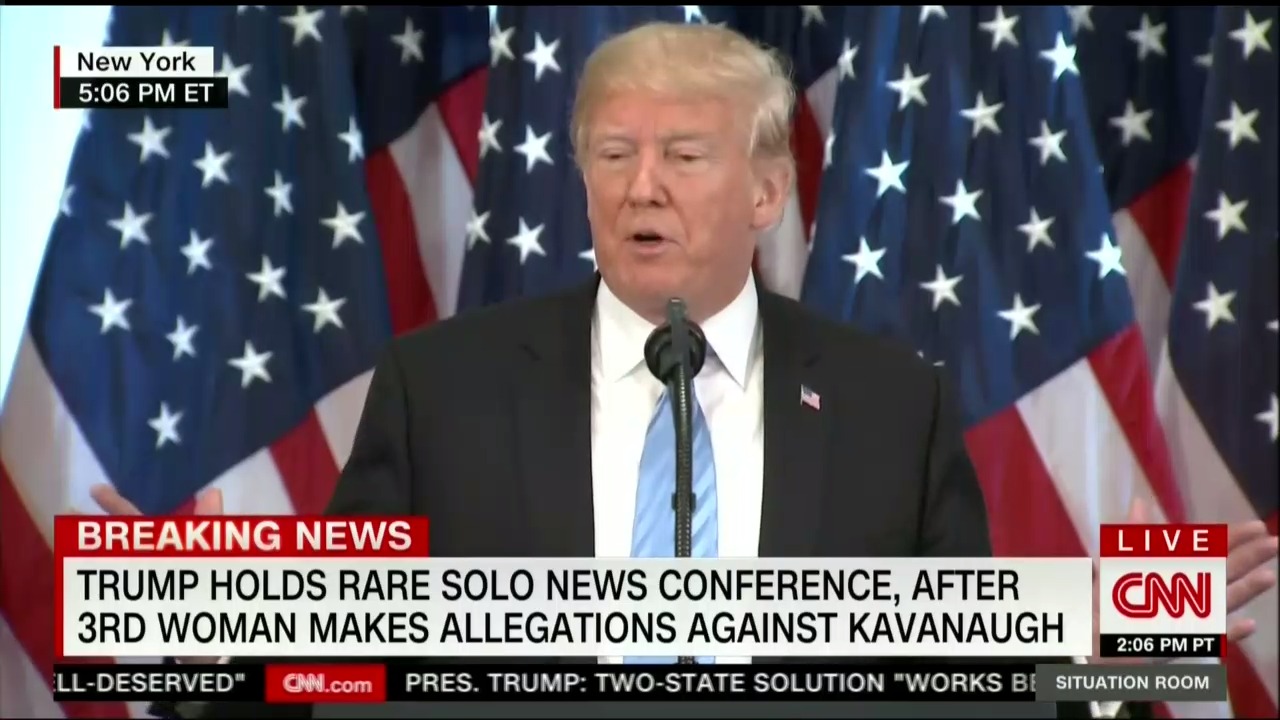 Trump was just asked if he believes any of the allegations agaisnt his Supreme Court pick Brett Kavanaugh. "These are all false, to me," Trump said.

Are you saying that all three of those women are liars? Is there anything that could be said at this point tomorrow that could cause you to withdraw the nomination? Anything?

And here's how Trump answered:

"I won't get into that game. I only tell you this. This is one of the highest quality people that I've ever met. And everybody that knows him says the same thing. And these are all false, to me. These are false accusations in certain cases, and certain cases even the media agrees with that. I can only say that what they've done to this man is incredible." 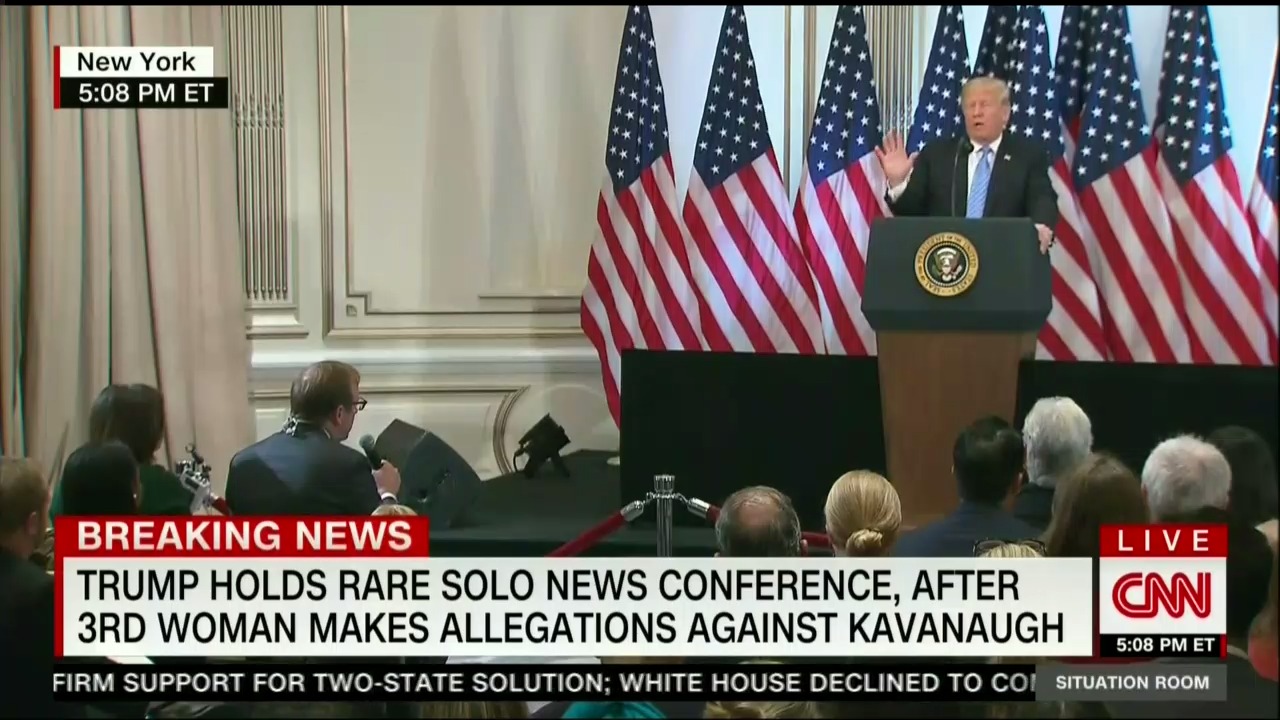 Asked about if the FBI should investigate allegations against Kavanaugh, Trump said the agency had already investigated the judge, and then turned his attention to the Democrats.

"So I think when you really look at it all, it’s not going to change any of the Democrats’ they’re obstructionists," Trump said. "They’re actually con artists, because they know how quality this man is, and they have destroyed a man’s reputation."

"Unfortunately they just raised interest rates a little bit," Trump said at a news conference. "I am not happy about that."

Trump has previously stated his opposition to raising rates, a break in longstanding tradition of presidents avoiding wading into the Fed's business.

He said on Wednesday he'd have prefered to pay down US debt or invest in job creation measures.

"I'm worried about the fact they seem to like raising interest rates," he said. "We can do other things with the money."

"They raised them because we’re doing so well," he said. 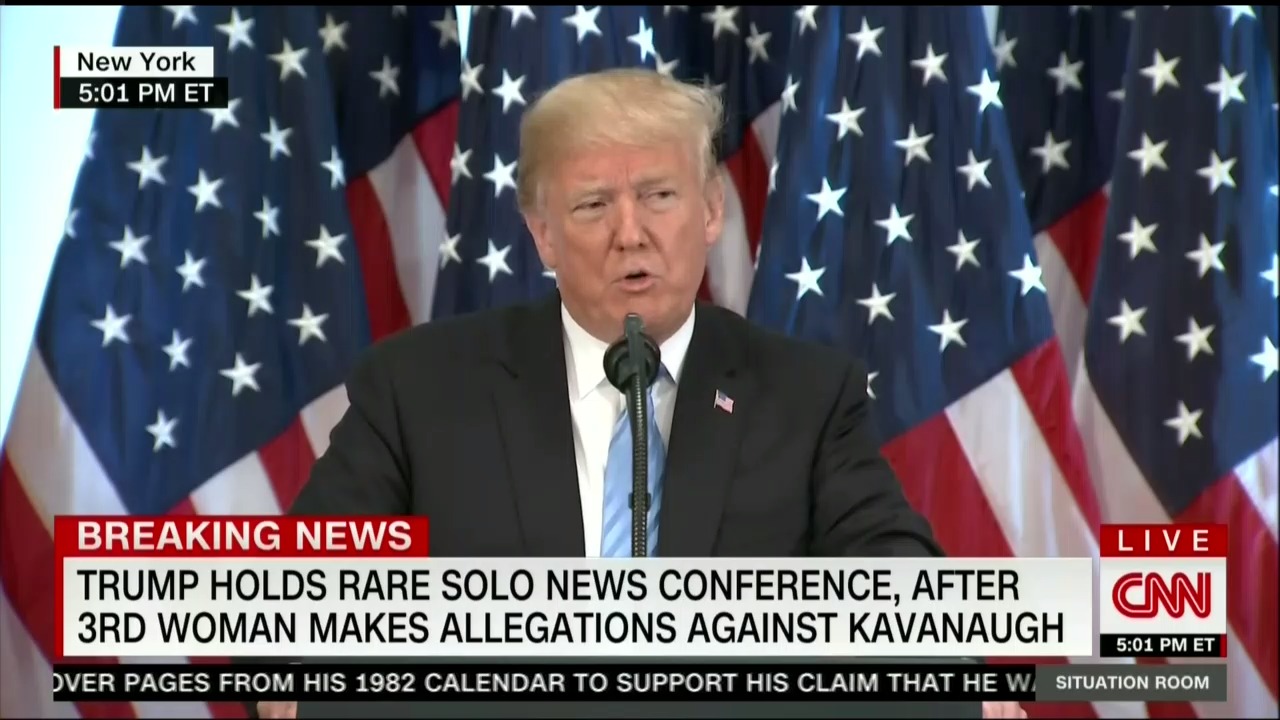 His Supreme Court nominee is facing a growing list of sexual assault allegations. His deputy attorney general think he might soon be fired. But President Trump opened his press conference this afternoon -- his fourth of his presidency -- by talking about trade, tariffs and interest rates. He then opened it up to questions, telling reporters, "we have plenty of time." 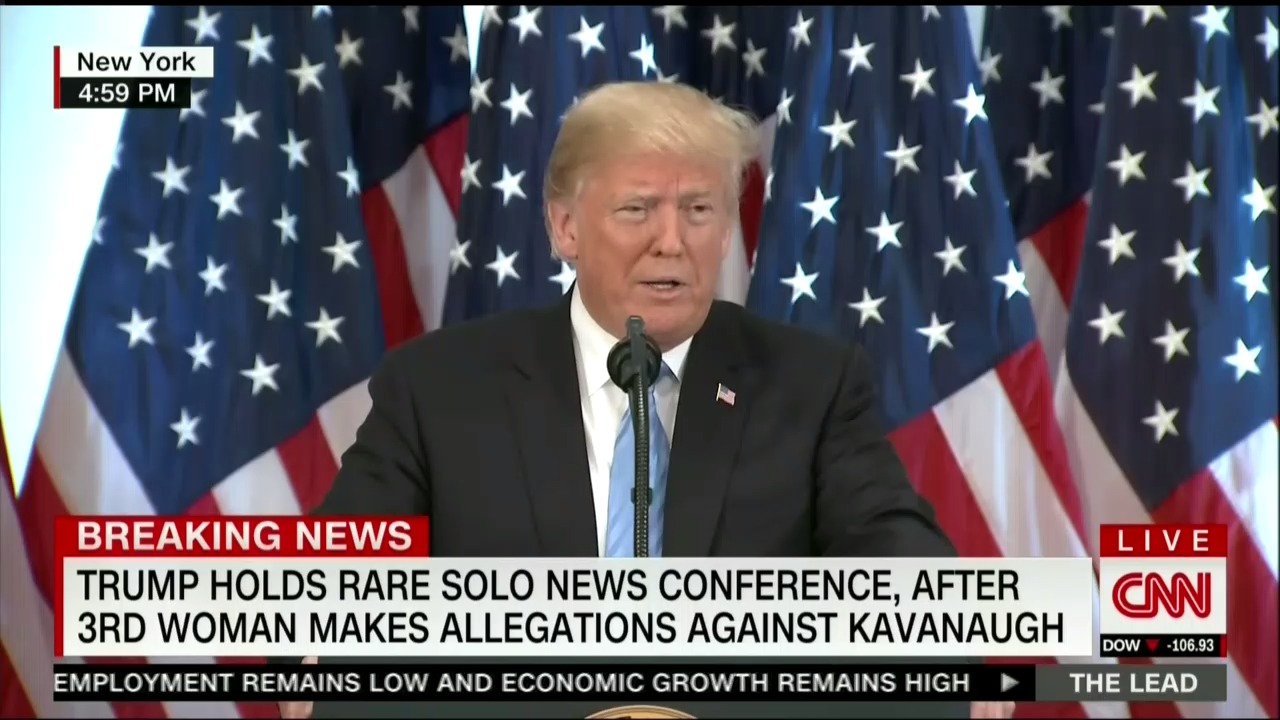 President Trump's press conference has begun. Watch it live in the player above.

Tonight’s news conference in New York is a rarity.

By CNN's count, this is just President Trump’s fourth formal, solo news conference that was announced in advance.

He held other news conferences...

The bottom line: The formal news conferences with a large group of White House correspondents at a podium announced beforehand are very unusual in this President.