Speaking to reporters after their first handshake, President Trump and North Korea's Kim Jong Un expressed optimism that the summit would be a success.

What Trump said: The President expressed hope that the historic summit would be "tremendously successful." Sitting next to the North Korean leader, Trump said, "We will have a terrific relationship ahead."

What Kim said: The North Korean dictator said there were a number of "obstacles" to the meeting taking place in Singapore today. "We overcame all of them and we are here today," he told reporters through a translator. 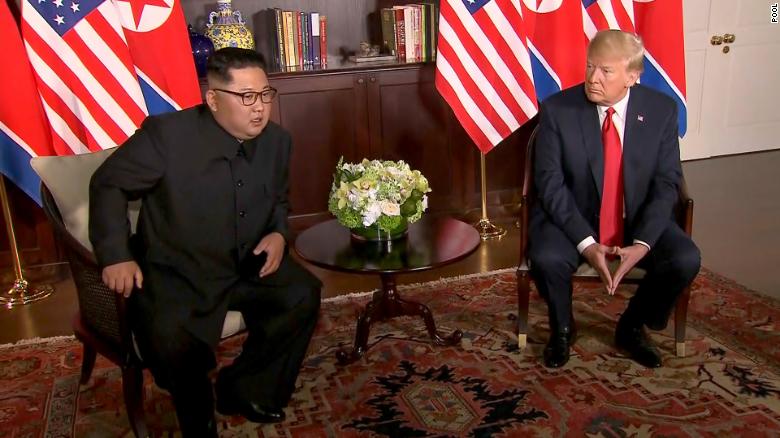 President Trump and Kim Jong Un have headed in for their first face-to-face talks on Tuesday, joined only by two translators.

On the agenda are North Korea's nuclear capabilities. Trump is hoping he can convince Kim to give up his weapons.

It is the meeting which the Trump has teased could happen for years. In May 2016, during his campaign, Trump said he would be willing to sit down with Kim.

"I would speak to him, I would have no problem speaking to him," Trump said at the time. 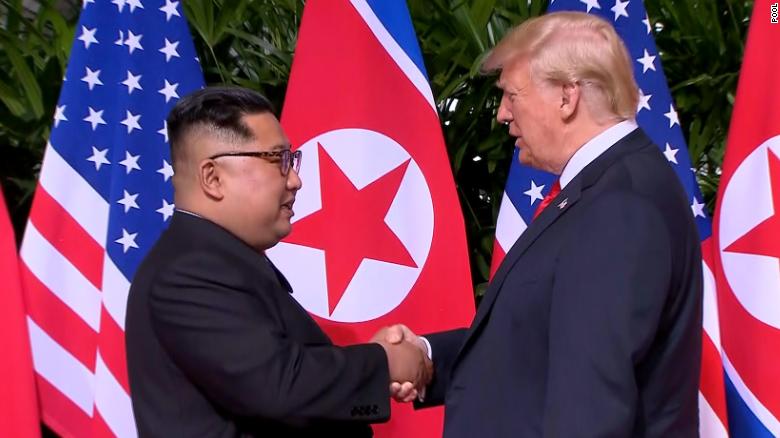 They are the first leaders of their respective countries to meet, the culmination of months of diplomatic wrangling and negotiations.

It is a stunning development for the two nations, who regularly traded threats and insults throughout 2017.

The two men will now meet one-on-one meeting in the Capella Hotel, accompanied only by their translators, ahead of expanded talks at 10 a.m. local time (10 p.m. ET).

On the agenda is North Korea's nuclear capabilities, which Trump is hoping to convince them to abandon in exchange for economic assistance. 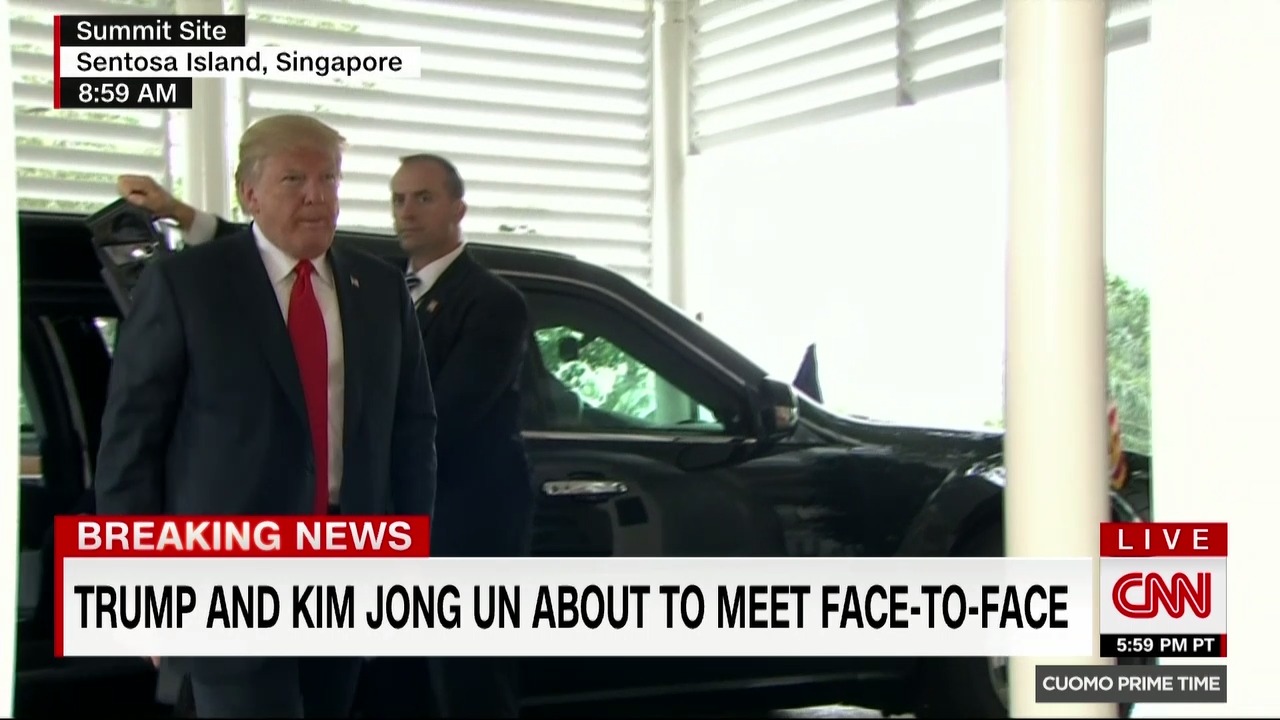 President Trump has emerged from his limousine at the site of his summit with Kim Jong Un. Cameras captured Trump, in a red tie, stepping from his car and into the hotel building. 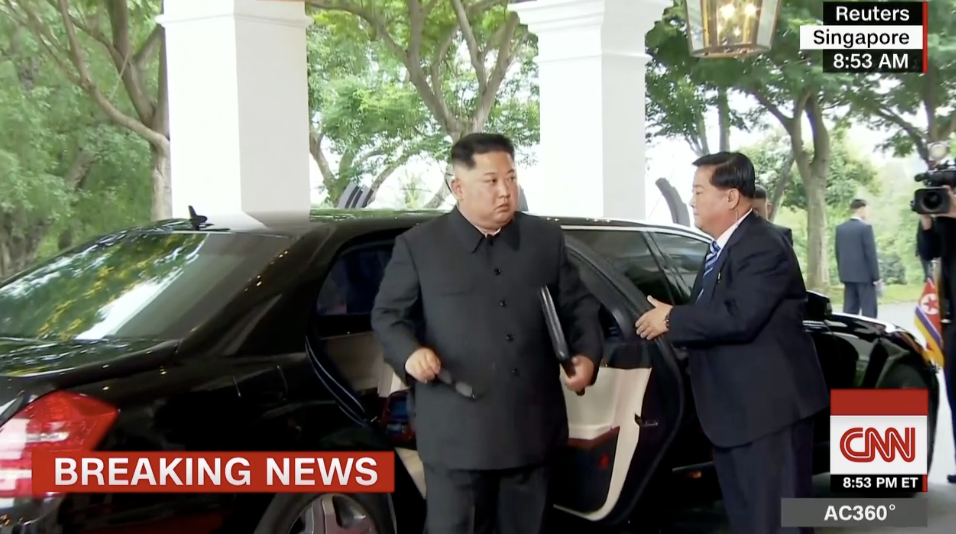 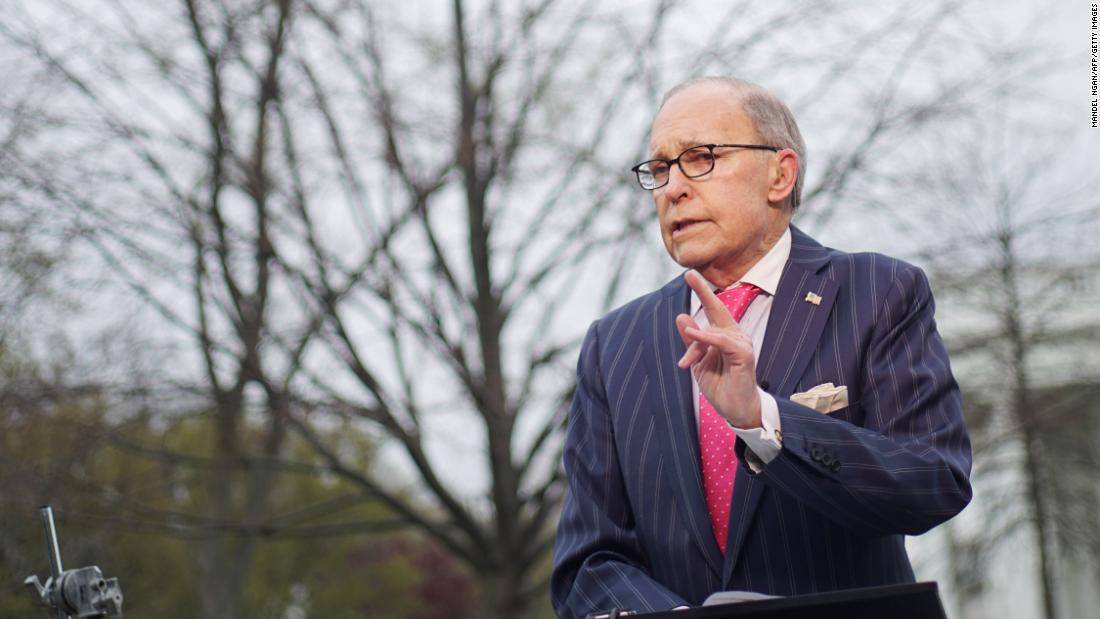 Moments after he arrived at the summit site for his historic meeting, President Trump sent a tweet announcing that chief economic adviser Larry Kudlow has suffered a heart attack.

"Our Great Larry Kudlow, who has been working so hard on trade and the economy, has just suffered a heart attack. He is now in Walter Reed Medical Center," Trump tweeted.

Kudlow was not traveling with the President in Singapore, but he had just returned to the US from the G7 summit in Canada, where trade tensions dominated the atmosphere.

This post has been updated with new details about Kudlow's heart attack.

North Korea's Kim Jong Un's motorcade has arrived at the Capella Hotel on Singapore's Sentosa Island, ahead of his historic summit with President Trump.

The two leaders are due to shake hands in half an hour, the first time a sitting US President has met his North Korean counterpart.

They are expected to meet one-on-one, only accompanied by translators, for almost an hour starting from 9 a.m. local time (9 p.m. ET.)

This is one of the questions that has gone into the planning of the summit today. A long discussion has transpired in recent days, with some aides warning POTUS that too friendly of a greeting could be used as propaganda against the US.

So it’s unclear whether he will smile as he often does when greeting world leaders. But a senior US official said the welcome will be “warm, polite, respectful” — but not filled with a big smile.

Of course it’s up to the president to make a game time decision for how he greets Kim for their photo op. 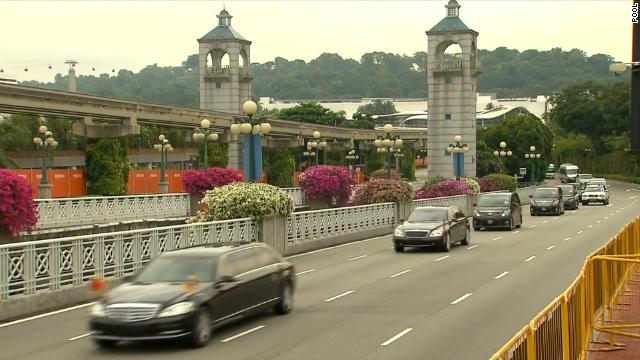 North Korean leader Kim Jong Un's motorcade has left the St. Regis hotel, and he's on his way to the summit on Sentosa Island.

He is due to meet President Trump in less than an hour, at 9 a.m. local time (9 p.m. ET). After their initial greeting, they'll have a morning of one-on-one talks.

Trump's motorcade has already arrived at the summit site, after departing around 8 a.m. local time.