Colorado Sen. Cory Gardner, a vulnerable Republican up for reelection in 2020, avoided questions from CNN today about Roger Stone.

"I'm sorry ... miss my vote," Gardner responded when asked if he is concerned about political interference.

Gardner walked away and didn't respond to a follow up question asking if he's concerned about Roger Stone.

Republican senators were asked today if the Judiciary Committee should hold hearings on the Department of Justice's decision to recommend a sentencing reduction for President Trump's confidant Roger Stone.

White House deputy press secretary Hogan Gidley reiterated this morning that President Trump was not involved in the sentencing recommendation for Roger Stone.

He also said that to his knowledge, the President has not asked Attorney General Bill Barr to launch investigations into anyone.

Republican senators won’t say this morning if US Attorney General Bill Barr should testify about the Justice Department's decision to water down Roger Stone's sentencing, with both Sens. John Kennedy and Rick Scott not answering directly.

Sen. Ted Cruz also walked past reporters in silence when asked about the DOJ's move.

Kennedy said he has seen “no evidence” that President Trump improperly interfered and thought it was simply a lack of coordination on the sentencing snafu.

Meanwhile, Democratic Sen. Richard Blumenthal said Barr should “resign” and called for him to come testify. He also called for an inspector general's investigation.

Schumer went on to say that Trump is using the Justice Department as his "personal law firm."

"What is more swampy ... what is more stinking than the most powerful person in the country literally changing the rules to benefit a crony guilty of breaking the law," Schumer said.

He reiterated his call for the DOJ's inspector general to investigate the decision by the DOJ in the Stone case. He also called on Republican Sen. Lindsey Graham, chairman of the Senate Judiciary Committee, to hold an "emergency" hearing.

"The President is claiming that rigging the rules is perfectly legitimate," Schumer said.

He called the four prosecutors who withdrew from the Stone case "brave" and "patriotic." 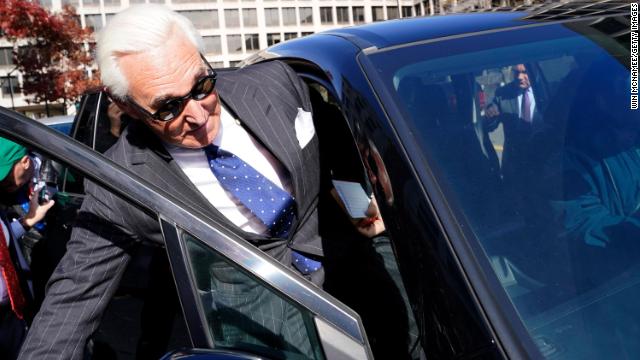 Roger Stone is a lifelong political advisor, who, as a result of the Mueller investigation, was found guilty of seven counts, including obstruction of Congress, lying to Congress and witness tampering.

His lengthy career in politics dates back to the Nixon era and even inspired a Netflix documentary titled, "Get Me Roger Stone."

Although the Trump campaign reportedly fired Stone from the campaign in 2015, he claimed to have knowledge about Wikileaks dumps during the rest of the 2016 campaign.

Many people called into question the relationship between the President and Stone when FBI Director James Comey was fired, although the President claimed he had not talked to Stone about it.

Prosecutors originally asked a federal judge to sentence Stone to seven to nine years for his crimes. On Tuesday, the DOJ updated its sentencing recommendation and asked for "far less" prison time. Stone is scheduled to be sentenced on February 20.

More context: On Tuesday, the DOJ updated its sentencing recommendation and asked for "far less" prison time for the former Trump associate than the 7 to 9 years that prosecutors had originally asked for. The decision to make the change was directed by the leadership of the Justice Department, a senior DOJ official told CNN.

The Department of Justice has updated its sentencing recommendation for President Trump's former associate Roger Stone. The prosecutors are now asking for "far less" time than the 7 to 9 years that they initially asked for.

Remember: It is Judge Amy Berman Jackson's decision to sentence Stone as she sees fit. It's not immediately clear whether the Justice Department's revised recommendation will affect that decision. Stone's sentencing is scheduled for February 20.

More on this judge: Amy Berman Jackson is an Obama appointee who has also overseen other cases in the Mueller investigation, including the case against Paul Manafort. 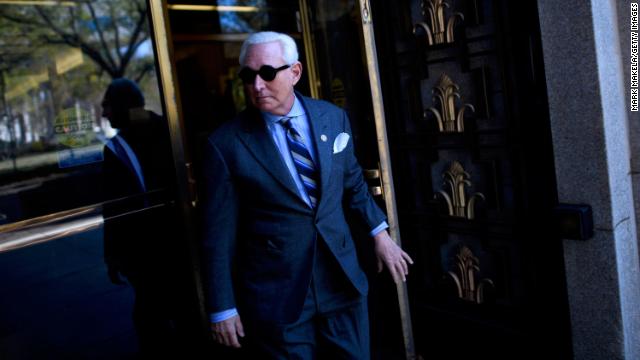 The DC US Attorney's Office is still asking a federal judge to sentence President Donald Trump's former associate Roger Stone to prison, though for "far less" time than the office had asked for a day earlier, the new filing says. The prosecutors decline to say how much time in prison Stone should serve.

"While it remains the position of the United States that a sentence of incarceration is warranted here, the government respectfully submits that the range of 87 to 108 months presented as the applicable advisory Guidelines range would not be appropriate or serve the interests of justice in this case," the prosecutors write.

"We have read with interest the new reporting on Roger Stone's case. Our sentencing memo outlined our position on the recommendation made yesterday by the government. We look forward to reviewing the government's supplemental filing," Smith said in a statement. Stone's attorneys had argued a sentence of 15 to 21 months would be appropriate.