Unlike former President Trump's first impeachment trial, senators will not be required to sit at their desk throughout the proceedings this time around, due to the Covid-19 pandemic.

They will be able to instead watch from the gallery above the Senate chamber or in a room off the floor that will show the trial on television.

Masks will not be required on the floor, unlike on the House floor, but the expectation is the House impeachment managers and Trump's lawyers will wear masks unless they are speaking.

As the trial got underway Tuesday, all senators were wearing masks except Republican Sen. Rand Paul, who has long argued that he's immune after having Covid early last year. It's still unclear if those who have had coronavirus remain immune to the virus. Other senators, however, who have had coronavirus or been vaccinated for the disease, still wear masks.

Senators are not allowed to speak during the trial as jurors.

Today is day two of former President Trump's second impeachment trial, and the House impeachment managers will begin their two-day presentation of their case against Trump.

The managers will show never-before-seen Capitol security footage in their presentation to demonstrate the extent of the violence that occurred and the threat the rioters posed to everyone in the Capitol, according to senior aides on the House impeachment team.

Yesterday, Trump's attorneys and the managers gave their opening statements. The Senate also ruled that Trump's impeachment trial was constitutional, voting 56 to 44.

In case you missed it, here's what you need to know about yesterday's proceedings and what's to come:

Former President Trump was unhappy with his attorney's opening argument on the Senate floor Tuesday afternoon, according to two people familiar with his reaction.

Trump was almost screaming as his attorney Bruce Castor made meandering arguments that struggled to get at the heart of his defense team's argument – which was supposed to be over the constitutionality of holding a trial for a president no longer in office.

Given the legal team was assembled a little over a week ago, it went as expected, one of the sources told CNN. Trump's allies were flabbergasted when Trump's attorneys switched speaking slots at the last minute.

A president who survived impeachment for trying to stack the deck against his most-feared election opponent is now facing impeachment again for inciting his supporters to attack Capitol Hill to challenge that same opponent's victory.

This second impeachment trial is arguably more important, because it's about former President Trump's attempt to stop American democracy from functioning. But the first one set the precedent of Trump being held to account for trying to pull the levers of his authority to preserve his own power.

Here's a rundown of what happened leading up to the first impeachment trial:

Democrats warned he would take the acquittal as license to do it again. 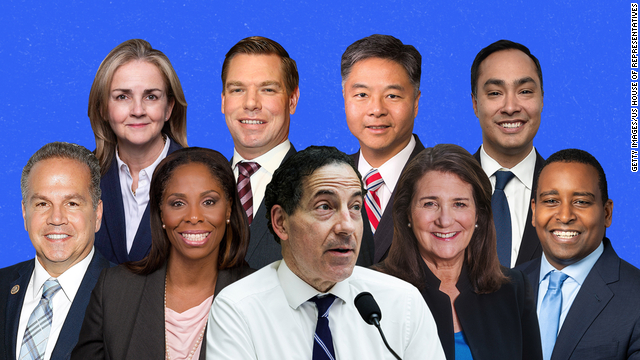 They will be front and center today as they present their case in the Senate. They will have up to 16 hours spread over two days to make their case.

House Speaker Nancy Pelosi named nine Democrats to serve as impeachment managers. The House has charged Trump with inciting an insurrection at the Capitol that left five people dead.

The group of Democrats includes a number of top Pelosi allies. Rep. Jamie Raskin of Maryland, an expert in constitutional law, is serving as the lead manager.

The nine House impeachment managers are:

There are no restrictions on the number of impeachment managers the speaker can name to serve in the role. During the first impeachment trial against Trump, seven House Democrats served as managers.

The House impeachment managers are playing a key role in how the trial unfolds as they each take a turn in the national spotlight. They will have a chance to argue their case before the full Senate with the senators acting like jurors, and after that, the former President’s legal team will have an opportunity to present a defense.

Read more about each of them here.