President Trump’s impeachment team thought Sunday was going to be their last day to fine tune their final arguments for the Senate floor.

They were confident, multiple people said, assured they could get Senate Republicans to a safe place to vote against witnesses and wrap up their client’s trial by the end of the week.

The bombshell report in the New York Times sent the White House legal team working late into the night, as they realized it had the potential to change the trajectory of the trial.

First and foremost, aides wanted Trump to address the book himself, and helped craft last night's late-night tweet to provide his allies with talking points for the day.

Their next decision was whether to address the manuscript directly on the Senate floor today, according to a person briefed on the discussions. It became a major source of debate, with some advising it should be ignored while others said there's no way they couldn't talk about it.

As of this morning, still no final decision had been made on that front. Initially, today was supposed to be the White House's last day of arguments. That's now up in the air, too.

Alan Dershowitz and Ken Starr were at the White House this weekend ahead of today's arguments on the Senate floor. This is notable because as of Friday, the two had still not been part of the formal legal prep for the president's defense.

“What we have to do here is evaluate the manuscript and see if it's a reason to add to the record,” he said.

Asked if he would support a subpoena to get the manuscript, the South Carolina Republican said, “I want to know what's in the manuscript, yeah, I think that’s important.”

He said the manuscript could change his thinking on calling witnesses.

“It could. I don’t know yet. The White House said there was no direct evidence of communications, maybe this suggests that one person said there might be," he said.

Graham emphasized that if Republicans do anything to call new documents or Bolton, they will also call the Bidens.

“I have no idea how this happened,” he added. “I don’t know who leaked this. They say they didn’t do it. I’m not going to make a commitment about something I don’t know.”

Remember: There's no evidence of wrongdoing by the Bidens. 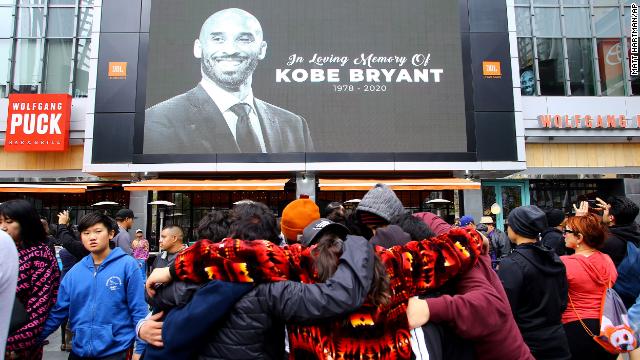 President Trump’s impeachment trial continues in Washington, but The Brief’s Bianca Nobilo has been keeping track of the day’s headlines outside Capitol Hill.

Thom Tillis, a Republican senator up for re-election, said “not at this point” when asked if the John Bolton report changes his views on witnesses.

Asked why he doesn’t want to hear from Bolton, Tillis said:

“Spend a little time on what you heard on Saturday and check back with me,” a likely reference to the defense team's case.

About Bolton's book: President Trump in August told Bolton that he wanted to continue holding military aid to Ukraine until the country helped with investigations into Democrats — including former Vice President Joe Biden — the New York Times reported Sunday, citing multiple people's descriptions of an unpublished draft manuscript by Bolton.

Speaking to reporters at the White House, Trump said he had not seen a manuscript of "The Room Where it Happened."

He was speaking ahead of a meeting with Israeli Prime Minister Benjamin Netanyahu. The meeting is ongoing.

GOP Sen. Mitt Romney of Utah reiterated demands to call for John Bolton to testify, saying he’s had discussions with some of his colleagues on the matter.

He predicted that it's "increasingly likely" that there would be others who would join him.

"I think it's increasingly likely that other Republicans will join those of us who think we should hear from John Bolton, Romney said."

The numbers: If all 47 senators who caucus with the Democrats vote for witnesses, at least four GOP senators would need to join them in order to pass a motion.

CORRECTION: An earlier version of this story misquoted Romney. He said it is "increasingly likely that other Republicans will join those of us who think we should hear from John Bolton."

Sen. Susan Collins, a Republican from Maine, said “the reporting on John Bolton strengthens the case for witnesses and has prompted a number of conversations among my colleagues.”

“I think fairness requires us to allow both sides to present their cases before we move to the issue of witnesses, and I've worked very hard to get language in the governing resolution that would ensure a vote on whether or not to call witnesses and subpoena other documents,” she told a small group of reporters in the Capitol.

“I’ve also said from the beginning that it was very likely that I would vote for witness. And that has not changed," she added.

Collins is one of three GOP senators who have signaled they could vote to allow witnesses at trial. If all 47 senators who caucus with the Democrats vote for witnesses, at least four GOP senators would need to join them in order to pass a motion.

Collins' comments came shortly after she put out a short, similar statement on Twitter:

Senate Minority Leader Chuck Schumer said former national security adviser John Bolton's manuscript is "stunning." He called on Senate Republicans to vote to hear from witnesses, such as Bolton, at the trial.

"Ambassador Bolton essentially confirms the President committed the offenses charged in the first article of impeachment. It boils down to one thing: We have a witness with firsthand evidence of the President's actions for which he is on trial. He is ready and willing to testify," he said.

Schumer asked: "How can Senate Republicans not vote to call that witness and request his documents?"

Schumer said GOP senators who claim "the House case lacks eyewitnesses" and then vote against hearing from witnesses are "talking out of both sides of their mouth."

Earlier in the morning, the Supreme Court had issued an orders list, but did not act on big pending issues including religious liberty, LGBT rights, the Second Amendment and immigration.

Roberts is due at the Senate, to preside over the impeachment trial, at 1 p.m. ET.

The justices are now on recess: They are expected back at court on Feb. 21 for a closed door conference and then arguments and potential opinions the week of Feb. 24.

It seems the impeachment may have slowed down the release of opinions. Last year at this time the court had issued eight, this term they’ve only issued four.

Even though the justices are on recess from the bench, they will still respond to emergency orders and accept petitions. We could get an order on the Trump administration’s public charge rule as early as today, as well as the Trump filing on the president’s bid to keep his financial documents shielded from release.