The Senate chaplain began the impeachment trial with a prayer, urging lawmakers to "remember that patriots reside on both sides of the aisle."

"Give them a civility built upon integrity that brings consistency in their beliefs and actions," he said.

The prayer came a day after Chief Justice John Roberts scolded both sides for tense exchanges on the Senate floor.

"Sovereign God, author of liberty, we gather in this historic chamber for the solemn responsibility of these impeachment proceedings. Give wisdom to the distinguished Chief Justice John Roberts, as he presides. Lord, you are all powerful and know our thoughts before we form them. As our lawmakers have become jurors, remind them of your admonition in first Corinthians 10:31 — that whatever they do should be done for your glory. Help them remember that patriots reside on both sides of the aisle, that words have consequences and that how something is said can be as important as what is said. Give them a civility built upon integrity that brings consistency in their beliefs and actions. We pray in your powerful name, amen."

The President’s defense team said they won’t advertise how many hours they will use to make their case.

“Look, they are going to put on their case. Then, we put on our case,” Sekulow said when pushed on if they would use all of their 24 hours to defend the President.

Sekulow also talked about why they did not offer a motion to dismiss. He said that they decided not to because “we are prepared to proceed to acquittal.”

Remember: Starting today, each side — the Trump team and the House managers — get 24 hours over three days to present their case, according to a resolution passed by the Senate. The House managers get to go first. 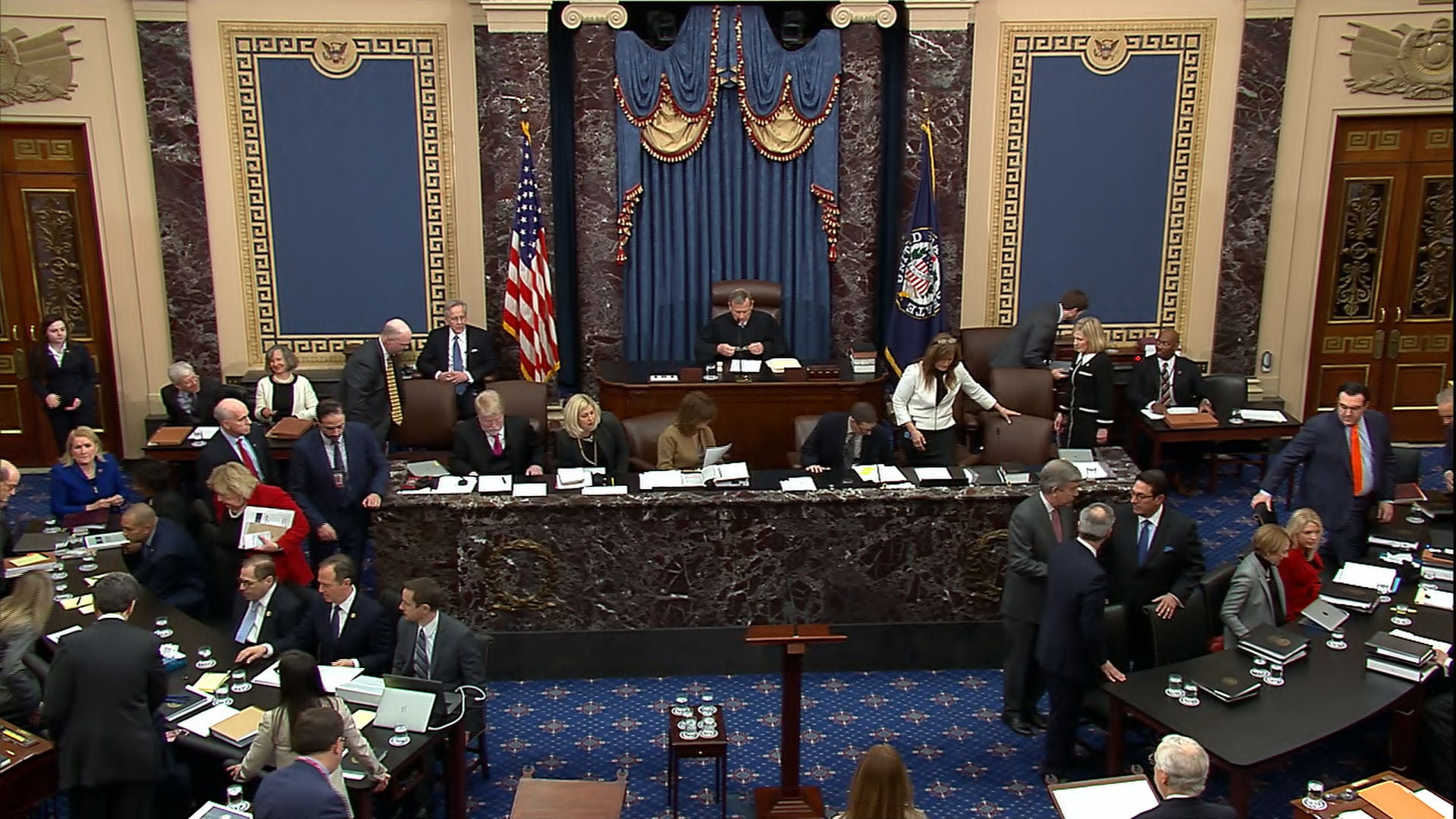 The Democratic House managers will make their opening statements for the next two hours, according to Senate Majority Leader Mitch McConnell.

The Senate will then take a recess "when there is an appropriate break time between presenters," he said.

One thing to note: The House managers have 24 hours over the three days to present their case.

The Senate impeachment trial just kicked off for the day.

The Democratic House impeachment managers are expected to begin their opening statements today.

They'll have 24 hours over the course of three days to present their case.

"Yesterday, we feel that we laid out a very powerful case for why this trial should be no different than any other trial in America," he said.

Schiff, a Democrat from California, also called on the Senate to allow House managers to put on a fair trial.

"We will go into extensive detail about what happened and when and how we know that it happened. We do not assume everyone in the Senate was able to watch all of the house testimony. Some of you in the press were not able to do that. We can't assume the senators were even as we were, let alone the American people were able to do so. We will lay out the facts and chronology and new facts continue to come to light.

He said they believe we will make "an overwhelming case" to convict President Trump.

The trial is scheduled to resume at 1 p.m. ET.

Senator Jon Tester, a Democrat from Montana, said sitting in the Senate chamber for almost 12 hours yesterday was “like sitting on a tractor.”

He said he thought the House managers did a “fine job” of laying out their case, and while he thought the President’s lawyers were prepared, “it just didn’t seem to me that they had a particularly strong case yesterday.”

Sekulow said "hopefully it doesn't go through 3:00 a.m." before getting on the elevator.