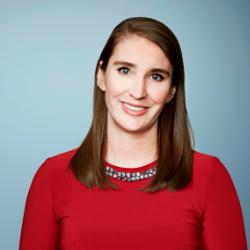 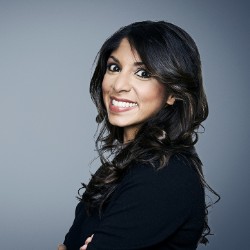 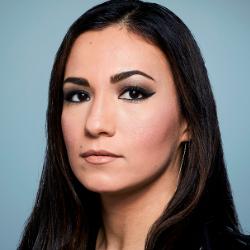 The House of Representatives voted tonight to approve a resolution calling for President Trump to be removed from office through the 25th Amendment in the wake of the violent siege of the US Capitol last week.

The resolution, brought forward by Democratic Rep. Jamie Raskin of Maryland, called on Vice President Mike Pence “to immediately use his powers under section 4 of the 25th Amendment to convene and mobilize the principal officers of the executive departments in the Cabinet to declare what is obvious to a horrified nation: That the President is unable to successfully discharge the duties of his office.”

Pence rejected the call to invoke the 25th Amendment in a letter to House Speaker Nancy Pelosi earlier today.

The resolution amounts to a symbolic rebuke to the President as many lawmakers are furious and reeling from the deadly attack on the Capitol by Trump supporters seeking to overturn the results of the 2020 election.

What’s next: It comes as House Democrats are now moving rapidly toward impeaching the President for a second time as a result of the insurrection, which Trump incited after repeatedly making false claims that the election had been stolen from him and calling for his supporters to fight back.

House Democrats plan to vote Wednesday to impeach Trump, setting up an impeachment vote one week after rioters overran Capitol police and breached some of the most secure areas of the Capitol.

She noted that Trump “incited a riot aiming to halt the peaceful transfer of power” and that “hours went by before the President did anything meaningful to stop the attack.”

The House will vote on the single article of impeachment tomorrow.

YouTube is suspending President Trump’s channel for at least one week, and potentially longer, after his channel earned a strike under the platform’s policies, the company said Tuesday evening.

A recent video on Trump’s channel had incited violence, YouTube told CNN Business. That video has now been removed.

YouTube declined to share details of the video that earned Trump the strike, but said that after the one-week timeout, it will revisit the decision.

“After careful review, and in light of concerns about the ongoing potential for violence, we removed new content uploaded to the Donald J. Trump channel and issued a strike for violating our policies for inciting violence,” a YouTube spokesperson said in a statement. “As a result, in accordance with our long-standing strikes system, the channel is now prevented from uploading new videos or livestreams for a minimum of seven days—which may be extended.”

YouTube also said it will be taking the extra step of disabling comments underneath videos on Trump’s channel.

President Trump is not considering resigning, according to a source close to the President, adding that “he won’t do that.”

Another senior White House adviser said “resignation means admitting failure. So, no.” This adviser said the current thinking is the Senate does not have enough time to convict Trump. So the President can make it to the end of his term without that kind of humiliation.

“We will get through the 20th and move on,” the adviser said.

Of course, Trump has been known to change his mind, and aides are often left scrambling to catch up with his current thinking and plans for his departure from the White House could still change.

Unlike President Richard Nixon, who stepped down after seeing the writing on the walls with Republicans removing him, this person says Trump doesn’t believe the Senate has time to act before he leaves office and has no plans to follow Nixon’s lead.

At the same time, Trump is also paying attention to how this is all playing out and who is coming out for and against him. “The President doesn’t look at numbers, he looks at names.” The source also described him as “sullen” since the riots happened.

As for post White House plans, Trump is expected to fly to his vacation home at Mar-a-Lago on Jan. 19. The source believes “he’s [Trump] going to be quiet for a while” and watch “the show” with the new Biden administration.

The House is now voting on a resolution calling for President Trump to be removed from office through the 25th Amendment in the wake of the violent siege of the US Capitol last week.

It comes as House Democrats are gearing up to vote to impeach the President tomorrow with the support of some Republican lawmakers.

Remember: Vice President Mike Pence signaled earlier today in a letter to House Speaker Nancy Pelosi that he would reject the call to invoke the 25th Amendment to remove Trump.

Rep. Fred Upton, a Republican from Michigan, said he will vote to impeach President Trump.

“Today the President characterized his inflammatory rhetoric at last Wednesday’s rally as ‘totally appropriate,’ and he expressed no regrets for last week’s violent insurrection at the US Capitol. This sends exactly the wrong signal to those of us who support the very core of our democratic principles and took a solemn oath to the Constitution. I would have preferred a bipartisan, formal censure rather than a drawn-out impeachment process. I fear this will now interfere with important legislative business and a new Biden Administration. But it is time to say: Enough is enough,” he said in a statement.

“The Congress must hold President Trump to account and send a clear message that our country cannot and will not tolerate any effort by any President to impede the peaceful transfer of power from one President to the next. Thus, I will vote to impeach,” Upton added.

Democrats in the House of Representatives this evening released the final text of their resolution to impeach Trump, charging him with “incitement of insurrection.”

The House will vote on the single article of impeachment tomorrow.

PHOTO: House TV
A view of the House floor on January 12, prior to the introduction of a resolution calling for Vice President Mike Pence to invoke the 25th Amendement.

Some House Democrats think their party leaders made a strategic mistake by calling for a vote on tonight’s resolution, calling on Vice President Mike Pence to use the 25th Amendment — given that the measure doesn’t carry the force of law and Pence wasn’t going to go that route anyway.

The argument is that Democrats wasted a day to move ahead with impeachment when they’re saying President Trump needs to be removed immediately.

Rep. Jamie Raskin, a Democrat from Maryland, has introduced his resolution urging Vice President Mike Pence to enact the 25th Amendment on the House floor.

Pence signaled earlier today in a letter to House Speaker Nancy Pelosi that he would reject the call to invoke the 25th Amendment to remove President Trump.

In his letter, he noted that he did not “yield to political pressure to exert pressure beyond my constitutional authority to determine the outcome of the election, and I will not now yield to efforts in the House of Representatives to play political games at a time so serious in the life of our Nation.”

Pence also wrote that invoking the 25th Amendment “in such a manner would set a terrible precedent.”

He urged Pelosi and all members of Congress to “lower the temperature and unite our country as we prepare to inaugurate President-elect Joe Biden.”

President Trump has continued discussing issuing pardons for himself and his children since the Jan. 6 attack on the US Capitol, multiple sources familiar with the matter tell CNN.

One source familiar with the conversations says there is a belief that a Trump “pardon of family and kids, is more likely and more urgent because a pardon could stave off prosecution.”

However aides and allies are concerned over the public perception of a pardon following the Jan. 6 attack, which led to the deaths of five people.

Sources tell CNN there is dissent inside the West Wing from those appalled by the attack, many of whom are pushing up against a President whose main concern is protecting himself and his family.

The riot at the Capitol raises the potential of new legal exposure for the President, his allies and family members who participated in