Senate Majority Leader Mitch McConnell has signed onto a resolution from Republican Sen. Josh Hawley to allow for articles of impeachment to be dismissed because House Speaker Nancy Pelosi still has not transmitted them to the Senate.

Hawley introduced to resolution earlier this week on Monday. However, Republicans don't have the votes to dismiss the articles.

Where things stand: Republicans are now anticipating that Pelosi will in fact send over articles soon.

Sen. John Cornyn said today that Republicans believe the impeachment trial will begin next week. He said articles of impeachment would likely come by the end of the week.

He also speculated that the articles of impeachment would likely come by the end of the week.

“The speculation at lunch was that it will be this week," Cornyn said following a weekly lunch for GOP senators. "It will come over at the end of this week. Today or tomorrow. "We’re only speculating.”

Two sources say at a closed meeting in House Speaker Nancy Pelosi’s office, she did not tip her hand to her six chairmen — who are investigating President Trump — about her timeline on sending the articles of impeachment to the Senate.

At a separate meeting with her top messengers on impeachment, sources indicated that Pelosi was still insistent on seeing the details of the Senate procedures before sending the articles over.

CNN's Dana Bash reports they discussed polling on the public backing a fair trial in the Senate.

House Speaker Nancy Pelosi is telling people privately that they should to stay close, signaling, without saying, that she is hoping and planning to move on impeachment articles soon — like in the next 24 hours.

Pelosi understands that vulnerable members in her caucus especially will have a hard time going home again without having sent the articles to the Senate.

Her hope is that this is made easier by Senate Majority Leader Mitch McConnell actually sending her the outlines of the trial plans, as he said publicly he would.

As she was leaving Senate Majority Leader Mitch McConnell's office, Republican Sen. Lisa Murkowski told reporters that it is “frustrating” the articles of impeachment have not been sent over to the Senate.

What we know: House Speaker Nancy Pelosi has yet to formally introduce the articles to the Senate. Asked about the articles today, the California Democrat said, "I'll send them over when I'm ready. And that will probably be soon."

President Trump is receiving conflicting advice on whether to bring conservative House members onto his defense team for the impeachment trial, multiple sources familiar with the discussions said.

Some of his allies and advisers have pushed the White House to include some combination of Republican Reps. Jim Jordan, Matt Gaetz, Mark Meadows, John Ratcliffe and Mike Johnson to the defense team, believing those staunch Trump supporters could deliver the kind of robust defense the President believes he was denied during the House inquiry.

But top Senate Republicans, including Senate Majority Leader Mitch McConnell, have been advising Trump that bringing on GOP House members could frustrate efforts to keep Republicans as unified as possible during the trial. Trump and McConnell met Wednesday at the White House, and the upcoming trial was one of the subjects raised CNN reported.

“Repeating the House sideshow in the Senate will turn off the very members the President needs for a unified acquittal,” one Senate Republican aide said.

Other Trump allies, like House Minority Leader Kevin McCarthy, have suggested Trump consider waiting to name any member of Congress to his defense team until House Democrats unveil their managers, who will act as prosecutors in the upcoming trial. They suggested he then pick the Republicans who would be most effective against those specific Democrats.

It’s something Republican senators and White House aides have been grappling with for weeks. And the President’s shifting ideas about the trial and what his team’s strategy have left some lawmakers confused.

Some background: CNN previously reported that Jordan, Ratcliffe and Johnson met with Pat Cipollone — who is expected to lead the President’s defense — at the White House just before Christmas, and the President spent much of his two-week working vacation at Mar-a-Lago polling friends and advisers about who would do the best job representing him at the trial.

With the impeachment impasse ongoing, Republican and Democratic senators told CNN they plan to leave Washington after the last votes today.

The votes are expected at about 2 p.m. ET, but are not scheduled yet.

Republican Sen. Jim Risch, the chairman of the Senate Foreign Relations Committee, dug into his pocket to show off the boarding pass for his afternoon flight home.

More context: The GOP senator noted — something CNN reported Wednesday — that even if House Speaker Nancy Pelosi abruptly changes course and sends the impeachment articles to the Senate immediately, trial rules provide time for President Trump and his legal team to be summoned to the Senate. They will be given two days to appear.

That would also give senators time to return to DC if needed. 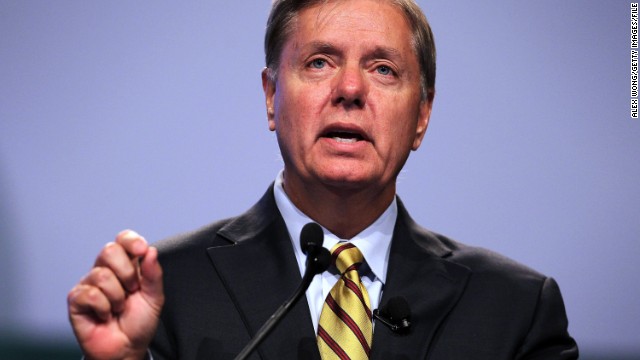 Sen. Lindsey Graham, a Republican from South Carolina, told reporters today that he thinks the impeachment trial will start next week because “the dam is broken."

He went on to say that he doesn't think that House Speaker Nancy Pelosi can sit on the articles of impeachment for another few days.

President Trump weighed in today on former national security adviser John Bolton’s announcement that he is willing to testify in a Senate impeachment trial if subpoenaed, saying he wouldn’t stop it but he’d have to ask his lawyers.

“I always got along with him, he didn’t really get along with some of our people, but that’s really going to be up to the Senate,” Trump said.