A source familiar with the matter tells CNN that the Ukrainian government wrote the initial statement for public release committing to pursue investigations of corruption.

The New York Times was first to report on the existence of the statement, saying it was drafted by US special envoy for Ukraine Kurt Volker and US Ambassador to the European Union Gordon Sondland.

But the source said Ukrainians’ purpose for drafting the statement was to try to reinforce with Rudy Giuliani, who the Ukrainians knew had influence with President Trump, that there was a new team in Ukraine with President Zelensky that was committed to cleaning up corruption in Ukraine.

The statement was shared with Volker and Sondland, who then shared it with Giuliani, according to the source. It was Giuliani who suggested to Volker that it did not go far enough and suggested inserting references to pursuing probes of Burisma and the 2016 election.

Burisma is the Ukrainian company that hired Joe Biden’s son Hunter for its board.

Volker and Sondland then exchanged text messages about the draft, which Volker said he would share with an adviser to Zelensky. The Ukrainians told Volker they were not comfortable with the suggested statement, and the matter was ultimately dropped while a meeting between Zelensky and Trump continued to be pursued, the source said.

The source explained the context of the statement about the investigation after the discussion was included in text messages that were provided to Congress ahead of Volker’s closed-door testimony on Thursday.

Asked earlier today about the draft statement, Giuliani told CNN’s Michael Warren via text that he "Never saw it or even draft of it."

President Trump took to Twitter tonight to tell Americans he has the "absolute right" to recruit the help of foreign countries in investigating corruption.

Some background: The tweet comes after the President told reporters at the White House earlier today that he wants both Ukraine and China to investigate former Vice President Joe Biden and his son, Hunter Biden.

Trump also said he'd consider asking his counterpart in Beijing to investigate the Bidens, adding to a growing list of foreign leaders he's tried to enlist in his attempts to bring down a potential Democratic challenger. There is no evidence of wrongdoing by the Bidens.

CNN reported tonight that Trump discussed Biden's political prospects as well as those of Sen. Elizabeth Warren during a phone call with Chinese President Xi Jinping on June 18, according to two people familiar with the discussion. In that call, Trump also told Xi he would remain quiet on Hong Kong protests as trade talks progressed.

“This is another criminal effort on the part of the President to involve a foreign power in our elections, and to do so by offering a quid pro quo,” O’Rourke told CNN’s Erin Burnett.

Despite Trump's claims, there is no evidence of wrongdoing by either Joe Biden or his son, Hunter Biden.

“Unprompted, the President today brought up the trade deal, the tariffs that have been imposed on China, and seemed to imply that if China were willing to dig up dirt on Joe Biden then those tariffs would be eased," O’Rourke said. 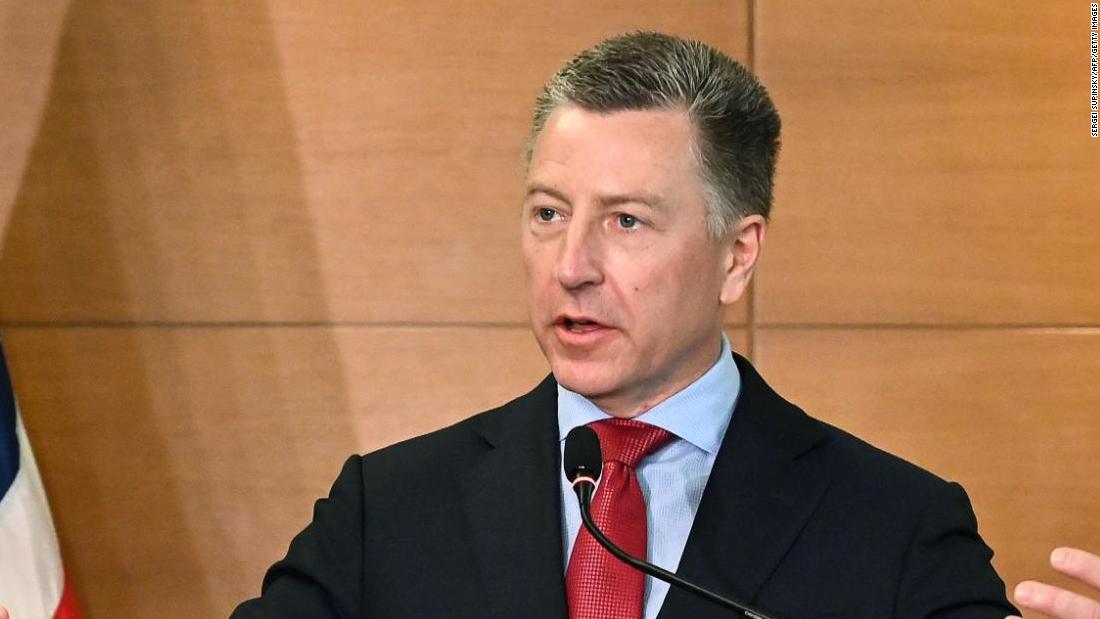 Two of President Trump's top envoys to Ukraine drafted a statement for that country in August that would've committed Ukraine to launching investigations into the President's political rivals, The New York Times reported today citing three people briefed on the effort.

The statement, the Times reported, according to the three people briefed, was drafted by Gordon Sondland, the US ambassador to the European Union, and Kurt Volker, who was then the State Department's envoy to Ukraine.

According to the Times, the statement would have committed Ukraine to investigate an energy company that employed former Vice President Joe Biden's son, Hunter, despite no evidence of wrongdoing by either.

The statement also would have called on the country to investigate what Trump has perceived as Ukrainian interference in the 2016 US election to benefit Hillary Clinton, the paper reported.

Both Trump's personal lawyer Rudy Giuliani and a top aide to Ukrainian President Volodymyr Zelensky were aware of the statement being written, the Times said. It remains unclear if the statement was ever delivered to Zelensky, according to the newspaper.

Giuliani told CNN after the Times' story published that he "never saw it or even draft of it."

"This is their testimony if it is and not part of my role," Giuliani texted. "They have to explain it. Lots of things going on I didn't know about."

What we know: The statement was drafted, the Times said, in the weeks after a July phone call between Trump and Zelensky that has now set off a political storm in Washington after a whistleblower complaint released this past week alleged that Trump abused his official powers "to solicit interference" from Ukraine in the 2020 election and that the White House took steps to cover it up. Trump has denied any wrongdoing.

Rep. Jim Jordan, a ranking member of the House Oversight Committee, said he hopes the public will get to read a transcript of former US special envoy for Ukraine Kurt Volker’s deposition.

"We hope the American people get to read the transcript of today’s testimony and see the truth," Jordan tweeted tonight.

House Minority Whip Steve Scalise, a Republican from Louisiana, held a call with team members on an impeachment strategy this afternoon.

Scalise detailed the way in which he believes Democrats are using procedural norms to deny due process rights to President Trump and shield his members from a vote on the floor, according to a source on the call.

Scalise outlined a series of all-conference member briefings he will be leading on impeachment moving forward, the source said.

“The public must see the transcript of Trump's call with Xi. And we need a leader who will stand up for our values," she tweeted.

About the call: During a phone call with Xi on June 18, Trump discussed former Vice President Joe Biden's political prospects, as well as those of Warren, according to two people familiar with the discussion. In that call, Trump also told Xi he would remain quiet on Hong Kong protests as trade talks progressed.

Vice President Mike Pence was told about the July 25 call between President Trump and Ukrainian President Volodymyr Zelensky the day after the call, according to two sources familiar with the matter.

The sources would not say whether in that conversation Pence was told about what Trump said about presidential hopeful Joe Biden and his son Hunter. A third source says Pence was not briefed on Biden, but did say information about the call was made available to him. There is no evidence of wrongdoing by Biden or his son.

Pence was provided a transcript of Trump’s call with Zelensky in his briefing book the day after the call, according to three sources.

"He may or may have not read it," a source familiar with the matter said. But the source said Pence did not raise the Biden allegations with Zelensky during their meeting.

"The President consistently raised concerns about corruption and the lack of burden sharing by European partners, so having run on an anti-corruption campaign, Zelensky was receptive to those messages," said Marc Short, Pence's chief of staff. "The vice president reported back to the President after the meeting and the aid was released."

"We do not comment on conversations between the President and the vice president," Short added. 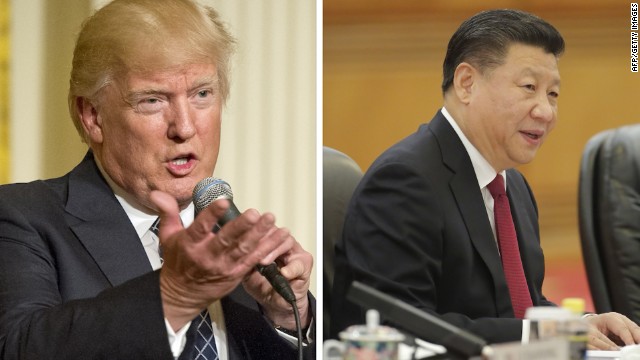 President Trump discussed former Vice President Joe Biden's political prospects, as well as those of Sen. Elizabeth Warren, during a phone call with Chinese president Xi Jinping on June 18, according to two people familiar with the discussion. In that call, Trump also told Xi he would remain quiet on Hong Kong protests as trade talks progressed.

The White House record of that call was later stored in the highly secured electronic system used to house a now-infamous phone call with Ukraine's president and which helped spark a whistleblower complaint that's led Democrats to open an impeachment inquiry into Trump.

What happened today: Trump told reporters at the White House earlier today that he wants both Ukraine and China to investigate Biden and his son.

Trump also said he'd consider asking his counterpart in Beijing to investigate the Bidens, adding to a growing list of foreign leaders he's tried to enlist in his attempts to bring down a potential Democratic challenger. There is no evidence of wrongdoing by the Bidens.

"It's certainly something we can start thinking about," Trump said when questioned whether he would seek the help of Xi in investigating Biden. "Because I'm sure that President Xi does not like being under that kind of scrutiny."