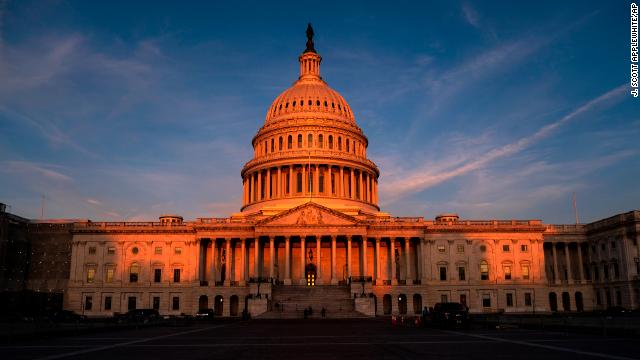 The House of Representatives voted tonight to approve a resolution calling on the Trump administration to release a whistleblower complaint to Congress that has ignited a backlash against the President, even though lawmakers have now been given access to the complaint in a secure location on Capitol Hill.

The vote was 421 to 0 with two lawmakers voting present.

House Democrats announced plans to vote on the resolution yesterday — the same day that House Speaker Nancy Pelosi announced a formal impeachment inquiry — in the wake of outrage over reports that the President pressured a foreign leader in an effort to target a political rival. It was not clear until late today when the complaint would be transmitted to the Hill, if at all.

The whistleblower complaint about Trump's communications with Ukraine was hand delivered this afternoon to Capitol Hill for lawmakers to review.

The Senate adopted by unanimous consent its own resolution yesterday authored by Senate Democratic Leader Chuck Schumer urging the administration to provide the full complaint to Congress.

Earlier today, ahead of the final vote on the resolution, the House adopted an amendment to its resolution offered by Democratic Rep. Mary Gay Scanlon of Pennsylvania to make it identical to the resolution passed the day before by the Senate.

He also roundly criticized the “partisan tribalism” coming from both parties and President Trump as opposed to a slow, deliberative approach.

"We need to slow down. This place is terrible at deliberation. Democrats ought not to be using the word 'impeach' before they had the whistleblower complaint or read any of the transcript. Republicans ought not to be rushing to circle the wagons and say there’s no there there when there’s obviously a lot that’s very troubling there. The administration ought not be attacking the whistleblower as some talking points suggest they plan to do. The media, humbly, should not pretend this story is, you know, about something that’s going to be resolved in the next two hours. Done right with lots of deliberation this going to take a long time but there’s obviously some very troubling things here. But I think the partisan tribalism that’s always insta-certain is a terrible idea. There are real troubling things here Republicans ought not just circle the wagons and Democrats ought not be using words like 'impeach' before they knew anything about the actual substance. The Senate intelligence committee actually does its work in a deliberative, slow and cautious way, and that’s what the Senate is supposed to do."

Ukraine’s President Volodymyr Zelensky told reporters he prefers conversations with foreign leaders to remain private, but said he is "not afraid" if they become public.

He went on to say conversations might entail geopolitical topics and plans not intended for the public.

"Every person can say whatever they want, they are welcome to do so. I'm open. So they published this letter — please, [publish] all the calls. Although I personally think that such talks, such calls between the presidents of independent countries, between the president of the independent Ukraine should not be published. You know, there is geopolitics, there are plans ... But I'm not afraid of this," Zelensky said.

President Trump said the White House transcript that was released today was from the second call he had with Ukraine president Volodymyr Zelensky and that he would release the first phone call.

Trump also addressed why he released the transcript from July 25:

"Because I was getting such fake news and I thought it would be better and now they're asking for the first phone conversation and I'll release that too if it is important to you. Because I had a conversation previous on a previous election plateau that he had hit. The current president hit a couple of different plateaus and I spoke to him previous to the call that we released," Trump said. 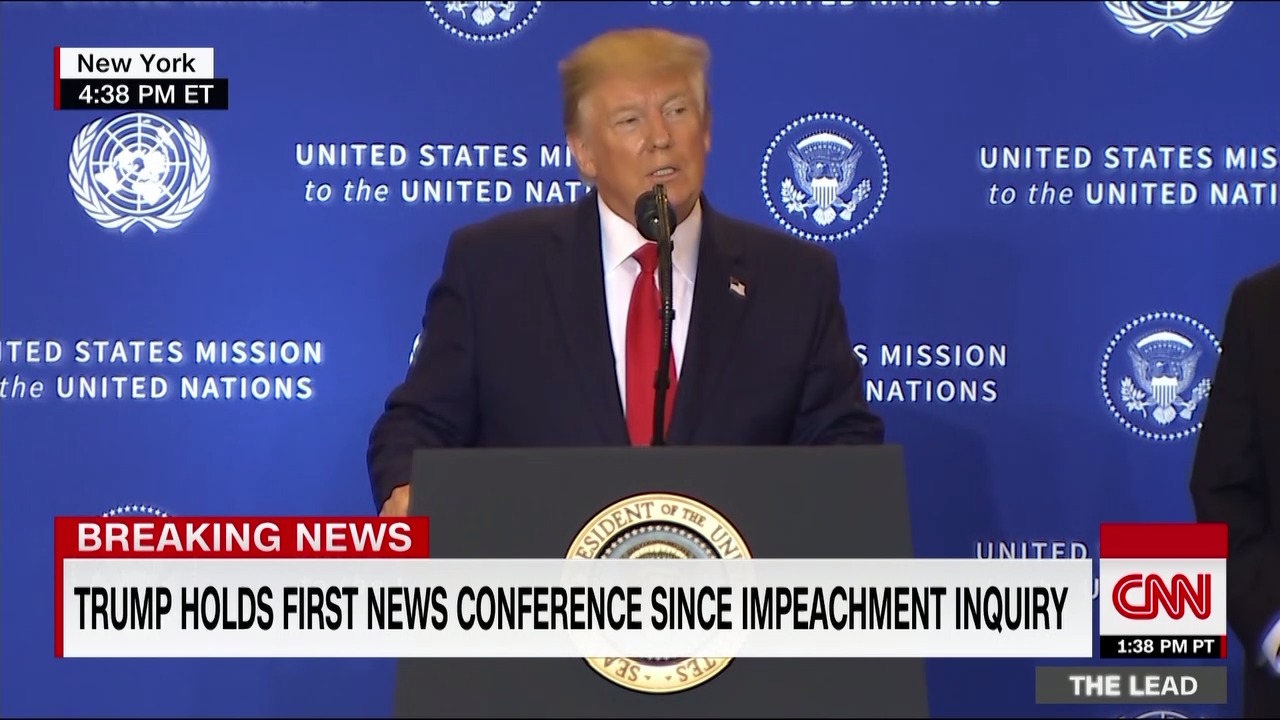