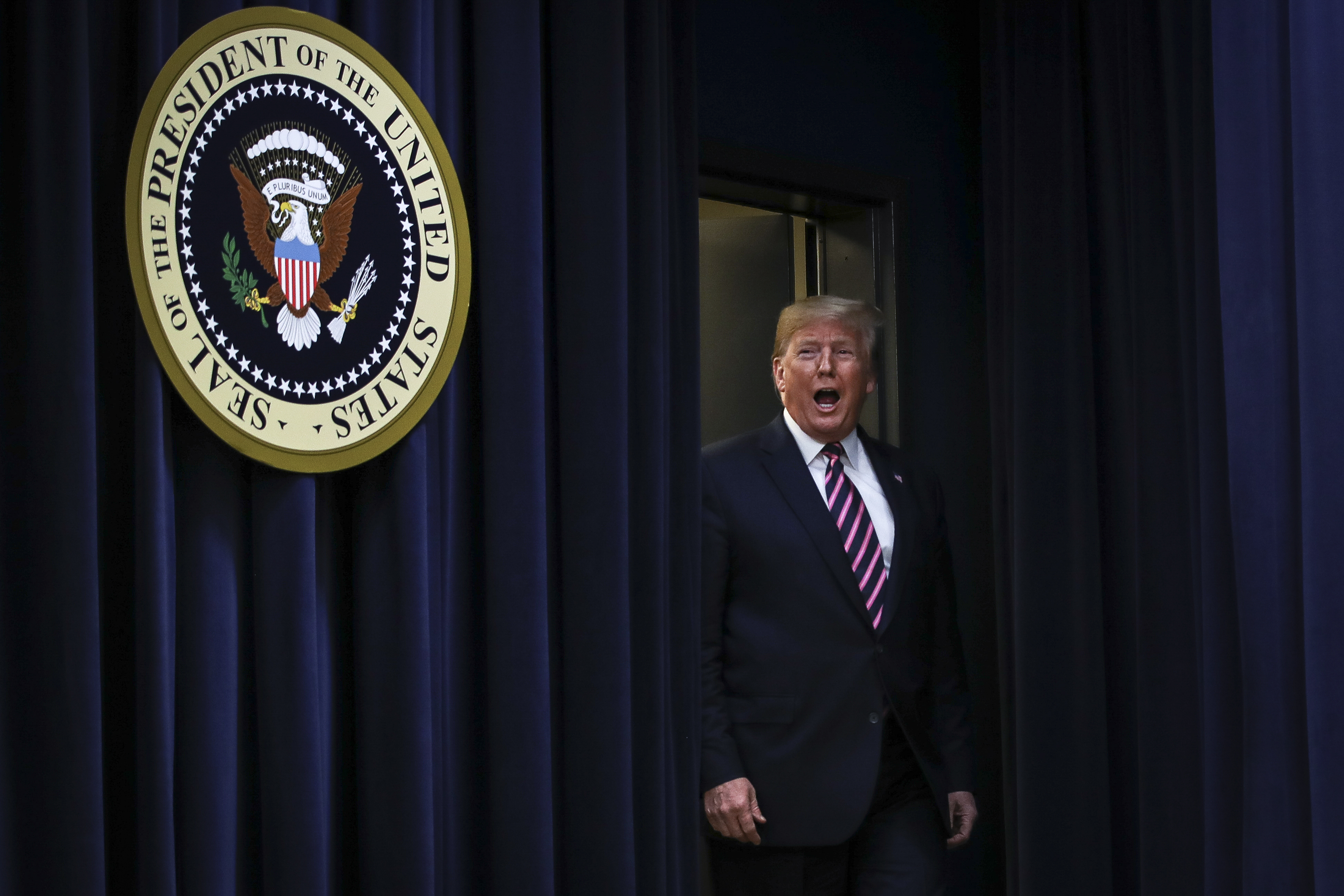 President Trump told reporters in the Oval Office Thursday that he doesn’t “feel” like he’s being impeached,” adding that it’s a hoax.

“I don’t feel like I’m being impeached because it’s a hoax, it’s a setup. It’s a horrible thing they did,” Trump told reporters when asked how it feels to be the third president impeached by the House.

Trump also claimed that many Democrats “didn’t want to vote that way.”

The President then discussed his Michigan rally last night saying he had a “great time” adding the “room was packed.”

“It’s a phony deal and they cheapen the word impeachment… that should never again happen to another president," Trump said.

It's two days after the House voted to impeach President Donald Trump. While the next step in the impeachment process involves a trial in the Senate, the House has yet to send articles over to the Senate — and the two chambers seem to be in a standoff.