Our live coverage has ended, but you can read more about President Donald Trump's visit to North Korea Korea here: 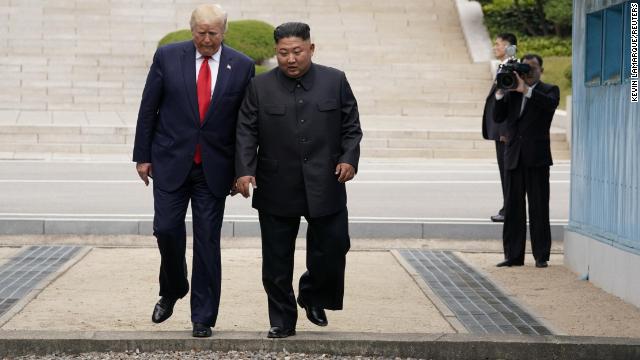 Here's what some of the candidates are saying:

Sen. Bernie Sanders said he has “no problem” with Trump meeting with Kim Jong-un, but said the issue he took was with Trump’s “incredible inconsistencies.”

“I don’t want it simply to be a photo opportunity, the whole world’s media was attracted there,” Sanders said on ABC's "This Week."

Sen. Amy Klobuchar, appearing on CNN's "State of the Union," said diplomacy is not as easy as bringing a hot dish over the fence to the dictator next store; there needs to be a clear focus and a clear mission and clear goals.

"I don't think we know it works until there is results," Klobuchar told CNN's Brianna Keilar.

The Joe Biden campaign put out a statement, slamming Trump for his relationship with dictators.

“President Trump's coddling of dictators at the expense of American national security and interests is one of the most dangerous ways he's diminishing us on the world stage and subverting our values as a nation. This past week he yet again fawned over Kim Jong-un -- to whom he's made numerous concessions for negligible gain -- joked with Vladimir Putin about our election security and 'getting rid' of journalists, and even expressed sympathy for Turkey buying Russian missiles," the former vice president's spokesman Andrew Bates said in a statement. "His conduct reinforces that we urgently need a president who can restore our standing in the world, heal relationships with key allies Trump has alienated, and deliver real change for the American people."

Sen. Elizabeth Warren tweeted, "Our President shouldn’t be squandering American influence on photo ops and exchanging love letters with a ruthless dictator. Instead, we should be dealing with North Korea through principled diplomacy that promotes US security, defends our allies, and upholds human rights."

Clapper, appearing Sunday on CNN’s "State of the Union," said that Trump stepping into North Korea is a “great historic moment” but said he personally does not believe the North Koreans have long-term any intent to denuclearize. 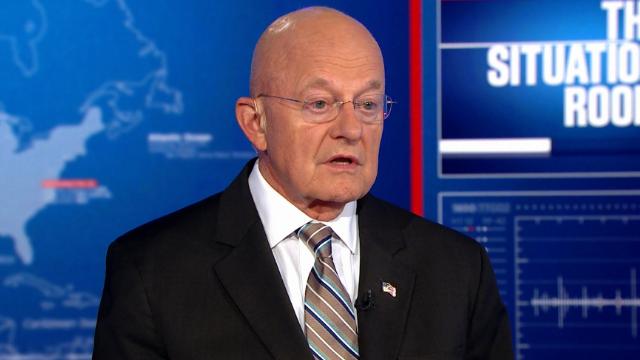 "I think it's a great historic moment ... and it's the first time a sitting president ever set foot in North Korea," Clapper, now a CNN national security analyst, told CNN's Brianna Keilar when asked if it was a breakthrough moment in US-North Korea relations. "I think when it comes to the hard business of negotiating here, I think that's another story. I personally don't believe the North Koreans have long term any intent to denuclearize."

"Why should they," he said. "It's their ticket to survival."

Clapper looked puzzled after watching a clip of Trump saying that the Obama administration begged for a meeting with Kim.

"In all the deliberations that I participated in on North Korea during the Obama administration, I can recall no instance whatever where President Obama ever indicated any interest whatsoever in meeting with Chairman Kim. I just -- that's news to me."

The discussions were held the night before the two leaders met.

Officials became more confident Saturday morning that the possibility of the leaders meeting was real enough that a wider range of people were brought in and planning was in full swing, the official tells CNN.

Pope Francis has praised the meeting between US President Donald Trump and North Korean leader Kim Jong Un on Sunday saying, “in the last hours, we have assisted in Korea a good example of a culture of dialogue.”

He added that the meeting “constitutes a step further in the walk of peace. Not only on that peninsula but in the entire world.”

The remarks were made at the conclusion of the weekly Sunday Angelus Prayer held in St Peter’s Square in Rome.

During his journey back to America, US President Donald Trump has tweeted about his trip to the DMZ.

He said it was a "great honor" to stand "on the soil of North Korea," which he described as "an important statement for all."

US President Donald Trump crossed the low stone curb separating the North and South at 3:45 p.m. local time, making his way alongside a grinning Kim into a country that's long been a global pariah for its nuclear ambitions and dismal record on human rights.

In total Trump took 20 steps into North Korea, making history as the first serving US leader to set foot in the hermit kingdom.

The event, seemingly spontaneous and broadcast live, took to a new level Trump's showman instincts and view of diplomacy as a test of interpersonal skills.

Later, Trump said he was "proud to step over the line" and thanked Kim for the meeting. He invited him to the White House, though later acknowledged such a visit would likely not come soon.

You can read more about the historic moment here: 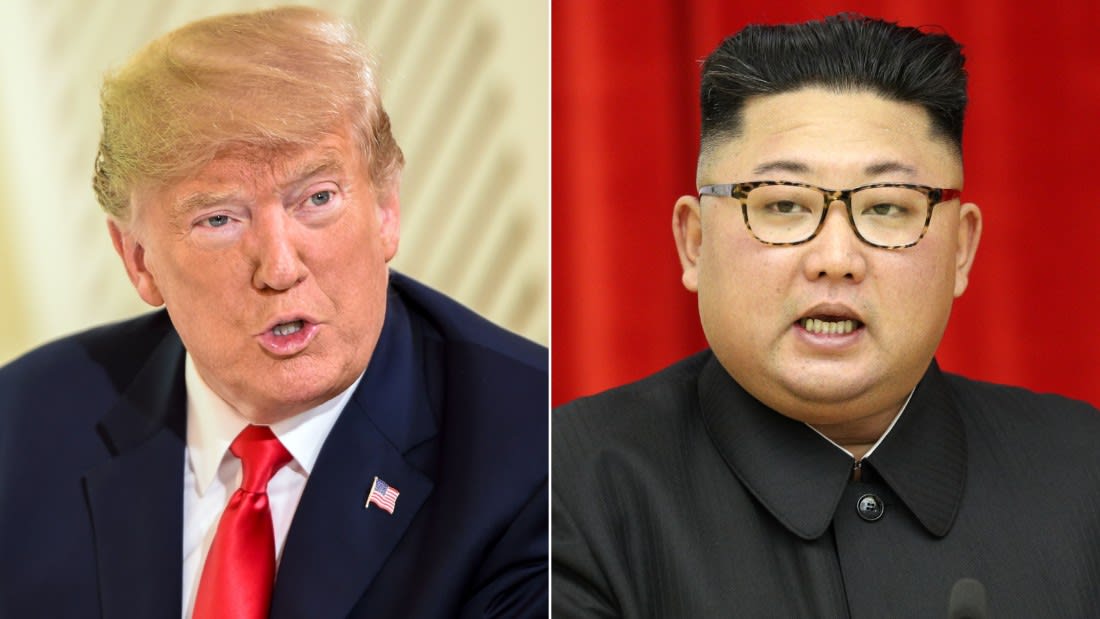 He added that it was also "quite unusual and quite surprising" to see Trump in the Freedom House with Kim "which belongs to South Korean territory."

"I think what happened this afternoon of today really shows that the military demarcation line is an artificial one," Chung-In told CNN.