A source familiar with the President's health told the White House pool on background that "the President's vitals over last 24 hours were very concerning and the next 48 hours will be critical in terms of his care. We are still not on a clear path to a full recovery."

Just moments ago, Trump's physician Dr. Sean Conley said in a news conference that "this morning the President is doing very well."

CNN is seeking further clarification from the White House regarding the comment.

Chief of Staff Mark Meadows was the only other White House official present when doctors came out of the building Saturday at Walter Reed ahead of the press conference.

When asked about President Trump’s vitals, such as heart rate, blood pressure and temperature, his physician, Dr. Sean Conley, said Saturday, “So, his heart rate is in the 70s, the 80s. His blood pressure has remained where it's, where it's historically been during our physicals, you know, 110 to 120, systolic is great. It's never budged. I've had no concerns there.”

Conley did not provide a details about Trump’s fever, saying during the briefing, “I'd rather not give any specific numbers but he, but he did have a fever, Thursday into Friday, and since Friday morning, he's had none.”

Conley did not say whether Trump is on fever-reducing medication.

When asked why Trump was transferred to Walter Reed, Conley replied, “Because he's the President of the United States.”

After the briefing, a source familiar with the President’s health told the White House pool reporters, "The President's vitals over last 24 hours were very concerning and the next 48 hours will be critical in terms of his care. We are still not on a clear path to a full recovery.”

Republican Sen. Josh Hawley, of Missouri, is being tested for the coronavirus, according to a statement from his communications director Kelli Ford. Hawley was seen without a mask at the nomination announcement of Judge Amy Coney Barrett at the White House Rose Garden last Saturday.

“Over the last 24 hours, Senator Hawley has consulted with his personal physician and the Office of the Attending Physician about his potential exposure to people with Covid-19. The physicians did not recommend additional testing or quarantine at this time. He has no symptoms. But, out of an abundance of caution, he is being tested today and awaits results,” Ford said.

Several attendees of the Rose Garden event have subsequently tested positive for Covid-19.

Senate Majority Leader Mitch McConnell is seeking an agreement to push back Senate floor activity two weeks, until Oct. 19, according to a statement from McConnell.

The Senate would meet in pro forma sessions until Oct. 19. McConnell said in the statement the Senate Judiciary Committee will continue to meet and work on the confirmation of Judge Amy Coney Barrett to the Supreme Court.

Multiple senators have tested positive for the coronavirus over the past several days.

McConnell would need Senate Minority Leader Chuck Schumer to agree to this move. CNN has reached out to Schumer's office. 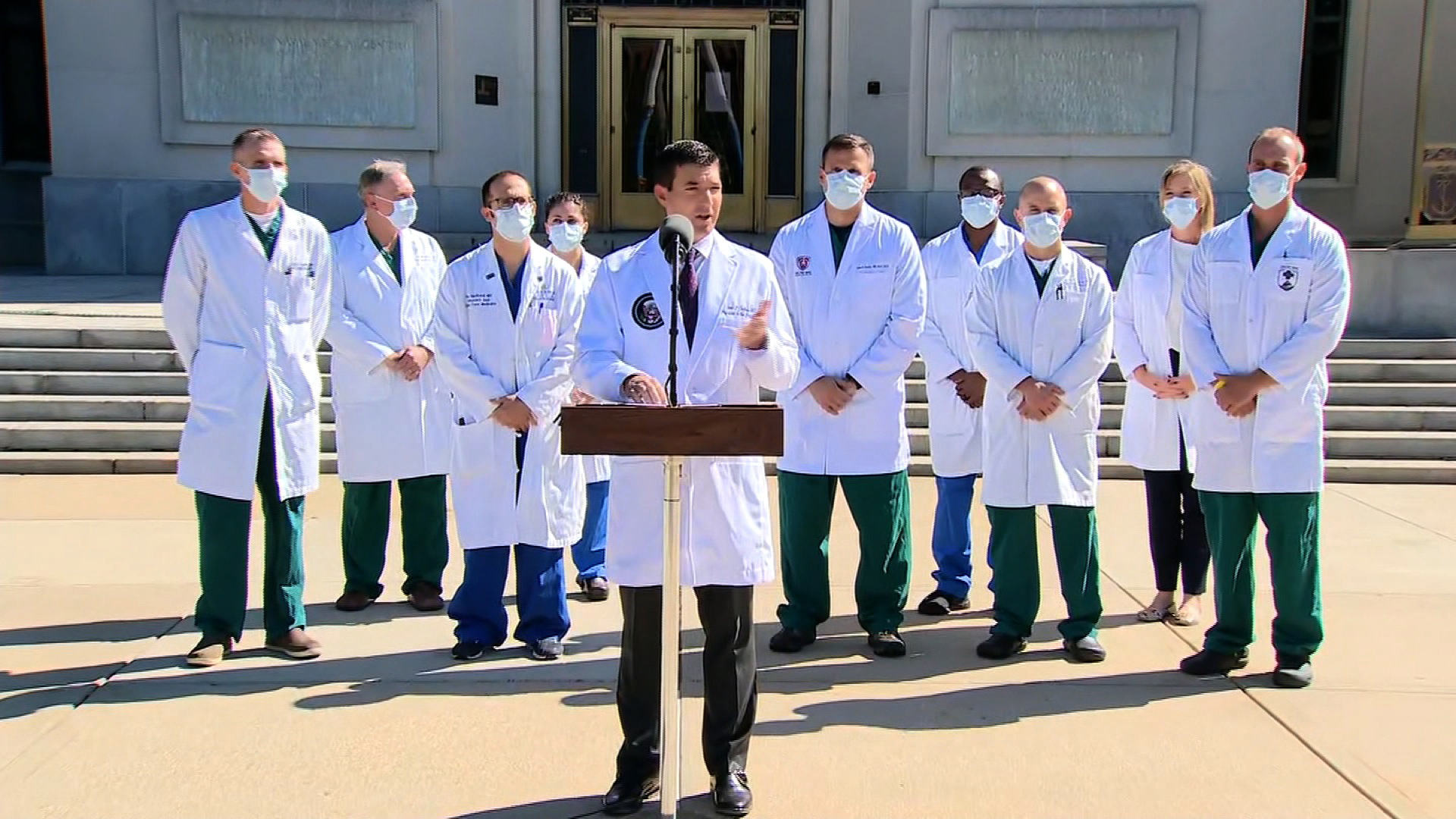 President Trump is doing well, with no fever, no difficulty breathing and no other apparent serious effects from his coronavirus infection, his doctors said Saturday.

“The first week of Covid and in particular the days seven to 10 are the most critical in determining the likely course of this illness. At this time the team and I are extremely happy with the progress the President has made,” White House physician Dr. Sean Conley said at a news briefing. “Thursday he had a mild cough and some nasal congestion, fatigue, all of which are resolving and improving.”

Trump has had no fever for 24 hours and had a normal oxygen level, Conley said.

Sources told CNN previously that the President was running a low fever. 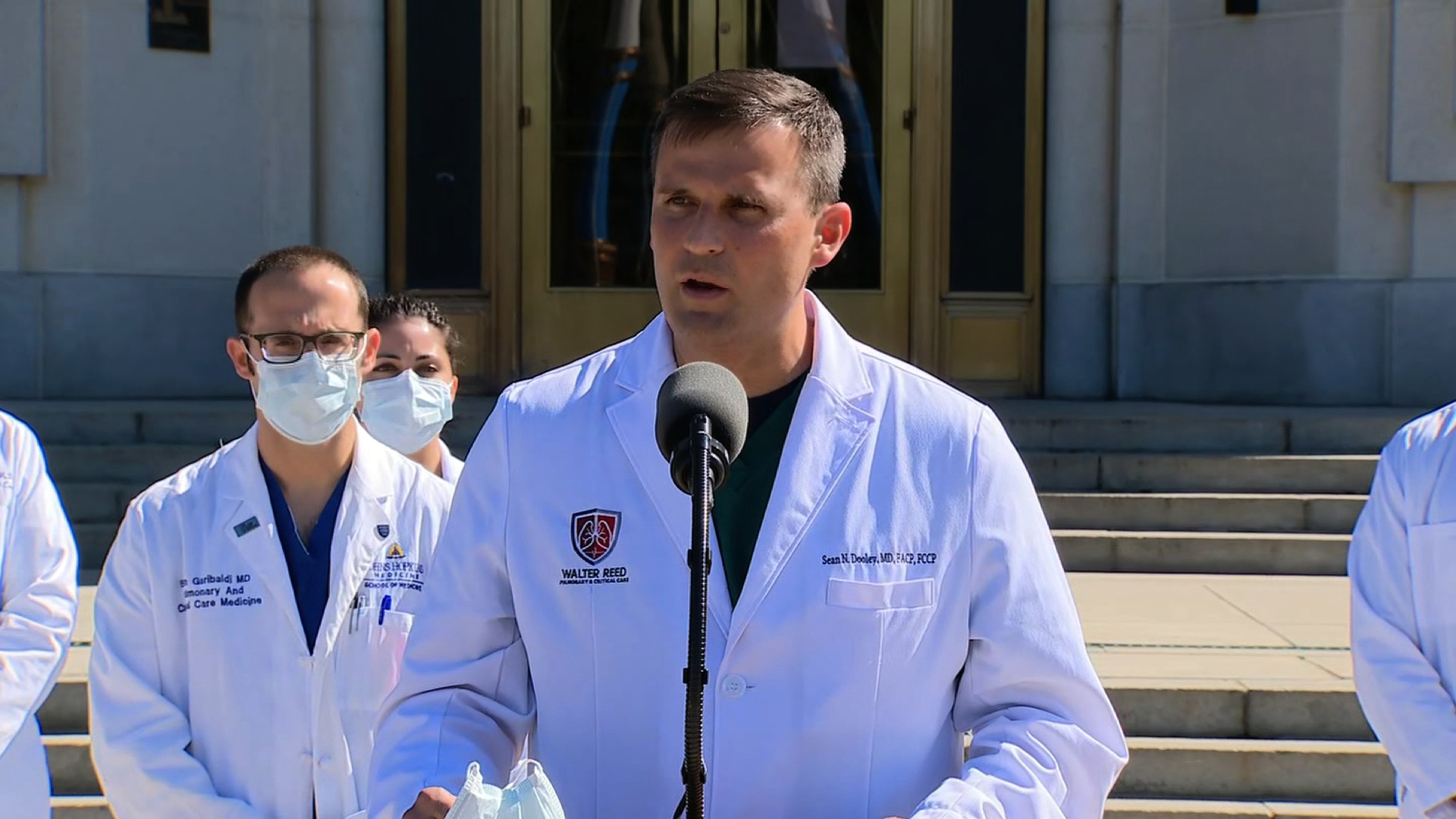 Col. Sean N Dooley, MD, said that President Trump is not on oxygen this morning and is not having difficulty breathing or walking around.

"We are monitoring him very closely for any evidence of complications from either the coronavirus illness or the therapies that we are prescribing to make him better," Dooley said at a briefing today. "He is in exceptionally good spirits."

Dooley said the President's cardiac, kidney and liver functions were all normal this morning.

"This morning the President is doing very well," Conley said. "As reported yesterday, consultation with this group, I recommended we bring the President up to Walter Reed as a precautionary measure to provide state-of-the-art monitoring and any care that he may need."

In attendance this morning at the briefing are the following medical experts:

President Trump has been awake and working this morning at Walter Reed medical center, a person familiar with the matter said.

The President continues to run a low fever and is congested, the person added, similar to when he entered hospital on Friday evening.