A spokesperson for British Prime Minister Theresa May says the United Kingdom is "disappointed" that the June summit will not happen.

“We are disappointed that President Trump’s talks with Kim Jong Un on 12 June will no longer go ahead as planned."

The spokesperson added: “We need to see an agreement that can bring about the complete, verifiable and irreversible denuclearization of the Korean Peninsula."

"I am sure there are additional sanctions that we will seek to put in place. The United States, I’m sure, will go back to others asking them to do more as well," Pompeo said during a hearing on the Hill moments ago.

Any moment now, President Trump will speak from the White House during a bill signing. It'll be the first time we've heard from him since he canceled his upcoming meeting with North Korea's Kim Jong Un.

The event was supposed to be all about the Dodd-Frank rollback, also known as the Economic Growth, Regulator Relief and Consumer Protection Act. Trump is signing the bipartisan Senate-crafted bill into law. (It's aimed at loosening regulations for thousands of community banks and regional lenders, including State Street, BB&T and SunTrust.)

Secretary of State Mike Pompeo said he was involved with the administration’s discussions last night and this morning about pulling out of the June 12 summit. He characterized discussions as ongoing, but insisted they “always knew” the summit might not pan out.

Pompeo said he was hopeful they could “get back to that place” of working on a path forward, but insisted it’s up to Kim Jong Un. He reiterated what President Trump said in his letter to Kim: that they “welcome” a call.

So what happens now?

“In some ways, it's situation normal,” Pompeo said. “The pressure campaign continues."

“We are trying to figure out what President Trump’s intention is and the exact meaning of it,” Kim Eui-kyeom said, according to Yonhap news agency.

"Sadly, I was forced to cancel the Summit Meeting in Singapore with Kim Jung Un," he tweeted. 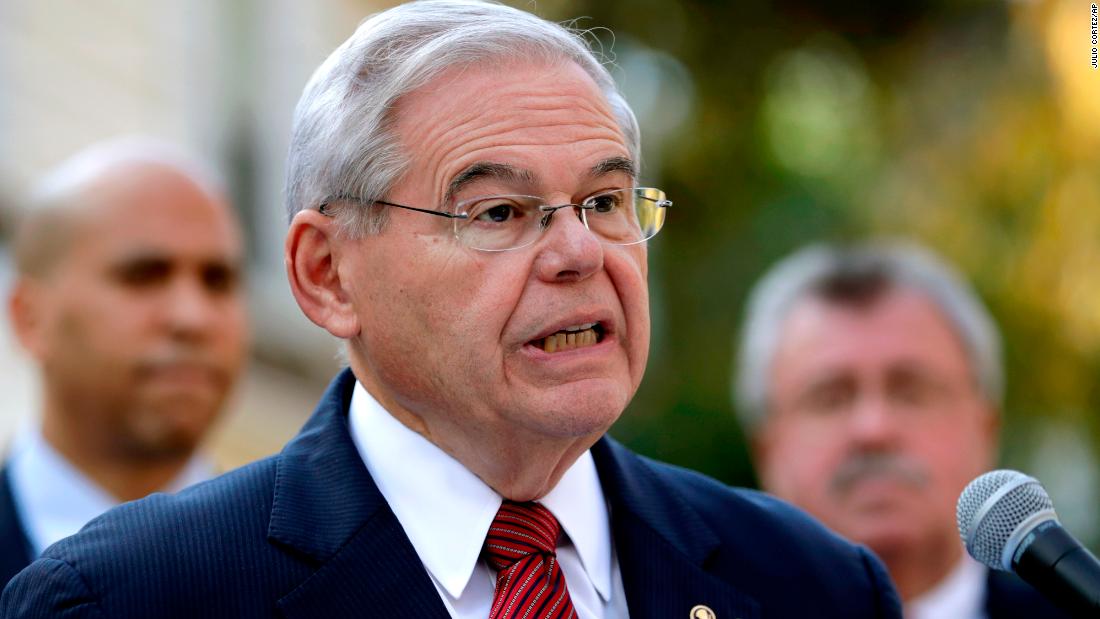 "The art of diplomacy is a lot harder than the art of the deal."

Sen. Menendez had previously criticized Secretary of State Mike Pompeo for not disclosing his surprise trip to North Korea to meet with dictator Kim Jong Un.

"Even in my private conversations with him, he didn't tell me about his visit to North Korea," Menendez, a New Jersey Democrat, said in an April statement.

"Now I don't expect diplomacy to be negotiated out in the open but I do expect for someone who is the nominee to be Secretary of State, when he speaks with committee leadership and is asked specific questions about North Korea, to share some insights about such a visit."

Kim Jong Un has "demonstrated an enormous capacity to lead his country and his team," Secretary of State Mike Pompeo just said, declining to say why he thinks North Korea made its most recent overtures.

Pompeo again said he was "hopeful" discussions can get back on track to achieve the permanent denuclearization of the peninsula, as well as a fundamental transformation of North Korea for the benefit of its people.

The bottom line: "It's not about the deal," Pompeo said. "It's about the outcome."

The White House decided to cancel the June 12 summit between President Trump and North Korea’s Kim Jong Un amid larger concerns about distance on big issues and after a senior North Korean official called Vice President Mike Pence a “political dummy,” according to a senior administration official.

Another senior US official tells CNN the historic meeting in Singapore was canceled because they were not receiving any commitments from North Korea, Kim seemed cagey about flying to Singapore, and the US did not want this to continue to linger.

An administration official says the door is not closed to a summit at a later date.