Our live coverage of President Trump's trip to McAllen, Texas, has ended. Scroll through the posts below to see how it unfolded or follow CNN Politics.

Trump is now heading back to Washington, DC, as negotiations to reopen parts of the federal government continue. (Democratic lawmakers and Trump are at an impasse over funding for his long-promised border.)

The government has been shut down for 20 days. A total of 800,000 federal employees have been furloughed or working without pay since December 21, and won't receive their next paychecks until the government reopens

President Trump said he was open to visiting a detention facility where families were separated during his trip to the border in Texas.

Asked about visiting a detention facility, Trump said, “I don’t know what they have planned. I would certainly do that but I just don’t know."

“I would do it. I would stop there if we could. You’d have to ask the Secret Service. I would certainly stop there,” Trump told reporters.

“I wouldn’t mind — it’s not a bad idea actually,” he said, turning to aides.

Trump did not elaborate on any plans for such a visit.

Demonstrators carried signs and a "Baby Trump" balloon even made an appearance as President Trump visited Texas today to discuss border security and immigration.

Here are some of the scenes from today's visit:

The border security roundtable has wrapped after a little over an hour.

President Trump, who spoke in front of a display of stacks of drugs, guns and cash seized at points of entry, opened the event by praising border patrol agents as “heroes” and said they’re “highly respected in our country.”

Trump pledged that the US will build a “powerful steel barrier” and slammed Democrats for calling the situation on the border a “manufactured crisis.”

“What’s manufactured is the use of the word ‘manufactured,’” he countered.

Family members who lost loved ones also spoke and expressed support for improvements in border security, including the wall.

At the end, Homeland Security Secretary Kirstjen Nielsen emphasized the “crisis” on the border and said that calling it manufactured is not only an insult to those who lost loved ones, but also “it’s an insult to our country.”

A note on the term "crisis": Part of the White House counsel's office review of declaring a national emergency has included laying the groundwork for a legal defense of the move, according to officials familiar with the matter. That has included advising the President's aides on ramping up talk of the humanitarian and security "crisis" — a characterization that administration lawyers could use later in court to defend a national emergency. 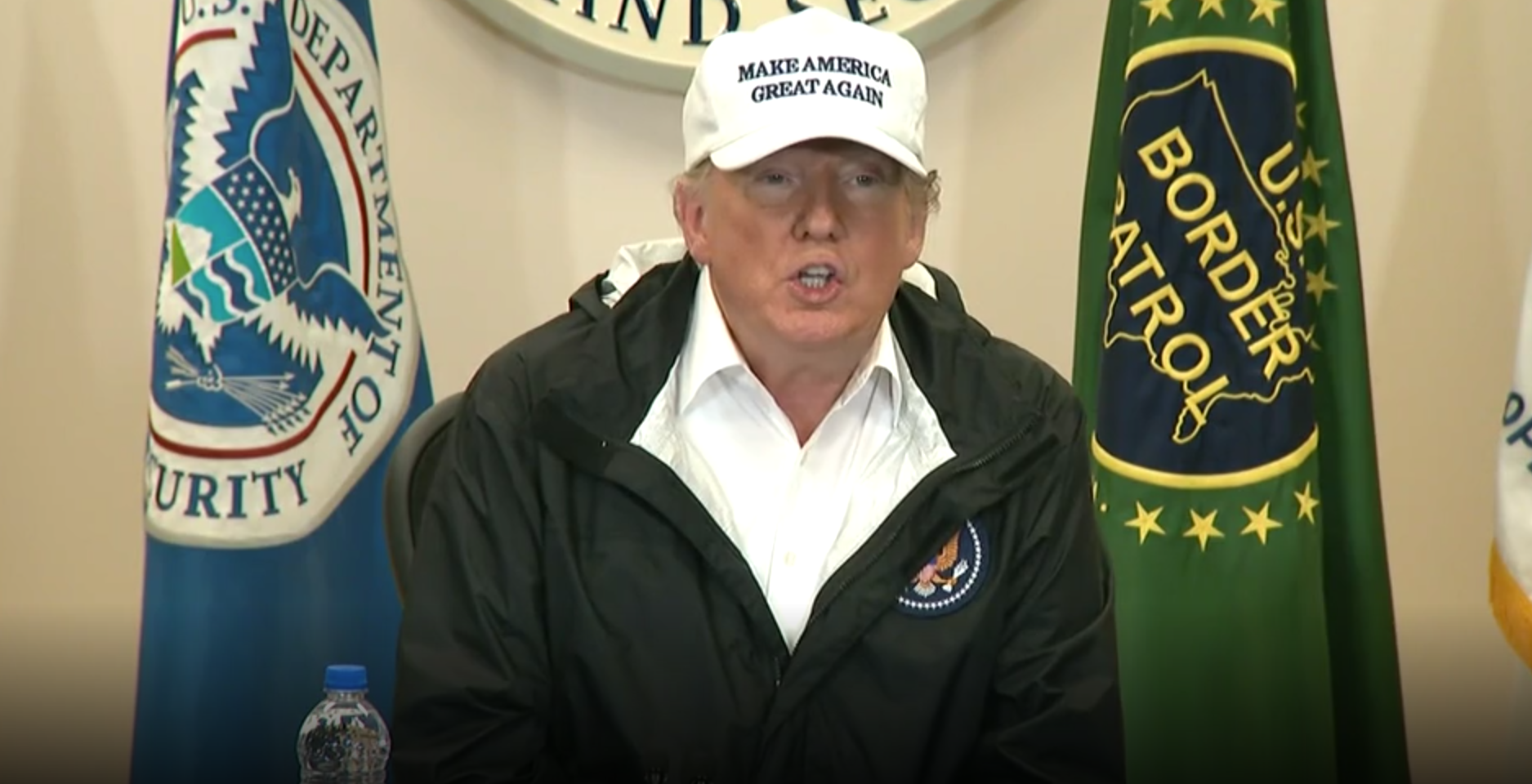 President Trump is talking right now at a roundtable discussion on border security and immigration at the US Border Patrol McAllen Station.

Trump addressed his repeated campaign remark that Mexico was going to pay his long-promised border wall.

The President went on to say that if Congress approves the US Mexico Canada trade deal, Mexico is "paying for the wall many, many times over."

The President also suggested the wall is "medieval" — but insisted that it still works.

"They say a wall is medieval. Well, so is a wheel," Trump said to scattered laughter. "There are some things that work, you know what? A wheel works, and a wall works."

Sources told CNN Wednesday that President Trump was planning to bring White House counsel Pat Cipollone on his trip to the southern border.

But that didn't happen after all.

White House press secretary Sarah Sanders said Cipollone did not fly to McAllen. There is no explanation yet from the White House why he did not.

Earlier Thursday Cipollone was expected to travel with the President, though Trump was not expected to declare a national emergency while there. People close to the President had cautioned this could change.

Here's who Sanders said went with Trump instead:

President Trump is expected to visit the southern border and participate in a roundtable meeting with sister Norma Pimentel in Rio Grande.

Lt. General Todd Semonite, chief of engineers and commanding general of the US Army Corps of Engineers, is traveling with President Trump to the border today, according to a US official.

Trump is considering declaring a national emergency at the US border to bypass Congress and obtain funding to build his long-promised border wall.