“With the campaign over, it’s time to put the anger and the harsh rhetoric behind us and come together as a nation.”

Biden is scheduled to speak at 8 p.m. ET tonight from Wilmington, Delaware.

"I am honored and humbled by the trust the American people have placed in me and in Vice President-elect Harris.
In the face of unprecedented obstacles, a record number of Americans voted. Proving once again, that democracy beats deep in the heart of America.
With the campaign over, it’s time to put the anger and the harsh rhetoric behind us and come together as a nation.
It’s time for America to unite. And to heal.
We are the United States of America. And there’s nothing we can’t do, if we do it together.
I’m going to speak to the nation tonight and I’d love for you to watch.

First lady Melania Trump is not expected to make any sort of public statement or comment today, neither in support of her husband’s efforts to challenge Joe Biden’s win, nor to acknowledge the Biden victory, a White House official tells CNN.

Behind the scenes, she has been "keeping to herself," and she has not engaged in any strategy sessions with other Trump family members or senior administration officials, a source with knowledge of Trump’s activities tells CNN.

Trump has not been heard from publicly since Tuesday morning when she cast her ballot in Florida, telling reporters she felt “great.” While she appeared with President Trump at his Election Night remarks in the East Room, she said nothing.

The first lady is currently at the White House, according to the official.

On Friday, the first lady tweeted about "Be Best" in a message unrelated to the election. Unlike her stepchildren and her husband, Trump has not publicly uttered or indicated anything about the election, which is notable for a first lady.

Former President Bill Clinton said President-elect Joe Biden will "serve all of us and bring us all together," according to a tweet he sent after Biden received more than 270 electoral votes.

"America has spoken and democracy has won. Now we have a President-elect and Vice President-elect who will serve all of us and bring us all together. Congratulations to Joe Biden and Kamala Harris on your momentous victory!" Clinton said.

CNN projects the Democratic Party will retain control of the US House of Representatives.

Even though some House races remain undecided, CNN can make this projection based on statistical models tracking races that Democrats already have won and an analysis of races where they are leading significantly right now.

"Rosalynn joins me in congratulating our friends President-elect Joe Biden and Vice President-elect Kamala Harris. We are proud of their well-run campaign and look forward to seeing the positive change they bring to our nation." 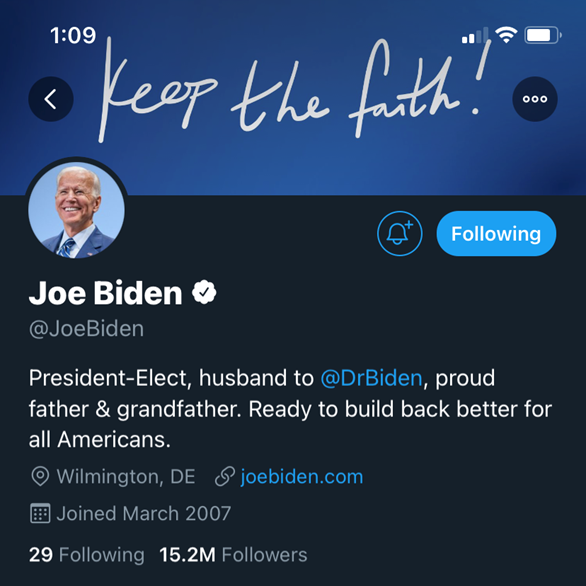 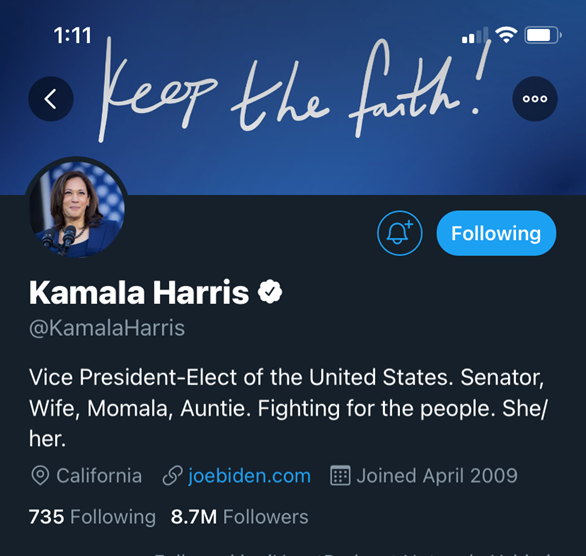 John Kasich, former Republican governor of Ohio who has spoken in support of Biden, says that President-elect Joe Biden will work to unify the country — but he will need to listen to Republicans’ concerns, particularly around the economy.

“Now is the time for Democrats — and I believe Joe Biden will do this — to begin to listen to what the other half of the country has had to say. I think that the other half of the country, in many respects, has felt as though they have not been listened to. They feel stuck economically, and it's going to be up to the Democrats to listen,” Kasich said during CNN's special coverage.

“If all sides can begin to really listen and think, this country can be healed, in my opinion,” Kasich added.

Kasich said he predicts Biden will govern as a moderate. He said that he believes Congress can get deals done on climate change, tax policy and infrastructure, but it should be focused on helping middle-to-lower income Americans.

“The far left can push him as hard as they want. And frankly, the Democrats have to make it clear to the far left that they almost cost him this election. That people in this country are basically center, center right, center left. They're not far left and they're also not far right. We've got to hope the far right will act responsibly now that this election is over,” Kasich added.

"I could not be prouder to congratulate our next President, Joe Biden, and our next First Lady, Jill Biden," Obama writes.

“We’re fortunate that Joe’s got what it takes to be President and already carries himself that way. Because when he walks into the White House in January, he’ll face a series of extraordinary challenges no incoming President ever has – a raging pandemic, an unequal economy and justice system, a democracy at risk, and a climate in peril,” he continued.

Three advisers to the President said Trump's handling of the coronavirus pandemic was a massive factor in his election loss. A senior adviser said Trump's dismissive attitude and misinformation about the virus alienated senior voters who rejected the President's performance on Covid-19.

The adviser said Trump could never understand elderly voters were the most at-risk for contracting and succumbing to the virus, making them fearful of how the President was responding to the pandemic.

A separate adviser said Trump chose to reopen the economy rather than get the virus under control and suffered the consequences on Election Day.