Ambar Pinto, a Deferred Action for Childhood Arrivals program recipient, celebrated Joe Biden's victory with scores of others in Washington, DC, this afternoon.

"It's a moment of a lot of emotion and a lot of hope," Pinto told CNN. "We took Trump out of office and now there's hope and a future for immigrants."

"In no way did the Supreme Court decision tell the department to process new DACA applicants," Wolf told the Senate Homeland Security Committee. Legal experts have opposed that argument, saying that the decision allowed for new applicants and a Maryland judge eventually directed the administration to take new applications.

In July, Wolf issued a memo saying that new applications for DACA, the Obama-era program that shields certain undocumented immigrants from deportation, would not be accepted and renewals would be limited to one year instead of two amid an ongoing review.

“This is a very progressive, liberal, young, growing community of mid-town Atlanta and you can see right after we made our projection today, this area, which is the center of Atlanta started off in a spontaneous celebration,” CNN’s Gary Tuchman said as he stood among a large crowd of Biden supporters.

“It has been absolutely jubilant and it’s quite a unique celebration seeing this very busy section of Atlanta so full of people having a good time celebrating,” Tuchman added.

Remember: CNN is yet to project a winner in Georgia. There are 16 electoral votes at stake in the state.

The city is home to the Philadelphia Eagles NFL team which won the Super Bowl in 2018 and currently has a record of 3-4-1.

Cindy McCain, the widow of longtime Republican Sen. John McCain of Arizona, tweeted her congratulations for President-elect Joe Biden for his projected win over President Trump.

McCain endorsed Biden in September after she appeared in a video about Biden's relationship with McCain at the Democratic National Convention in August.

Today, McCain said she knows "Joe will unify the country toward a better future."

Former Arizona Sen. Jeff Flake, a longtime Trump critic who has before argued that the Republican Party should not support Trump in the 2020 election, also welcomed Biden's win.

Hundreds of Joe Biden supporters flocked to the iconic Freedom Tower in downtown Miami today to celebrate his victory over President Trump.

Freedom Tower is considered the “Ellis Island of the South” for its role in welcoming Cubans who fled Fidel Castro’s communist regime.

The Cuban-American vote is credited with slimming Biden’s edge in Miami-Dade County.

And on the day Biden was projected to be president, hundreds drove to Freedom Tower to honk their horns, wave their “Biden 2020” signs, while others sang “We Are The Champions.” 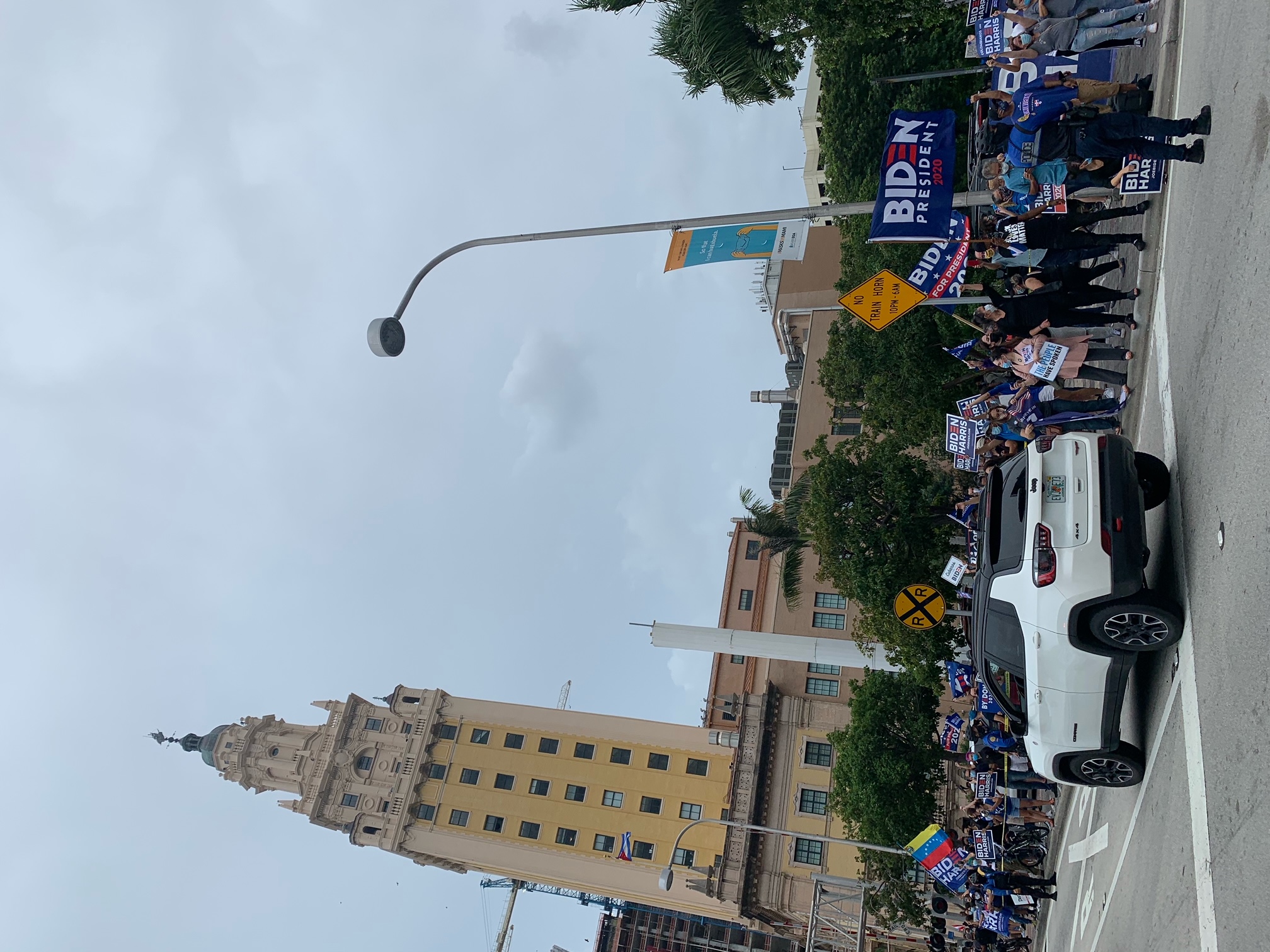 “There were tears of joy, cow bells, cars honking, people cheering in my neighborhood when the announcement was made that a number of major news organizations had called the election for Joe Biden,” Coons told CNN’s Jake Tapper.

The first state in the union has never elected a president in United States history, Biden will be its first.

“Joe Biden is not just a Delawarean,” Tapper said. “He is the most famous Delawarean in the world.”

Coons, one of Biden's first congressional endorsers for his presidency and his successor in the Senate, went on to explain why the Biden-Harris victory is "historic."

“This is an historic day not just for Joe and Delaware, but for Kamala Harris and for all of us who are excited to see the first Black woman who is the daughter of immigrants ascend to the vice presidency,” Coons said.