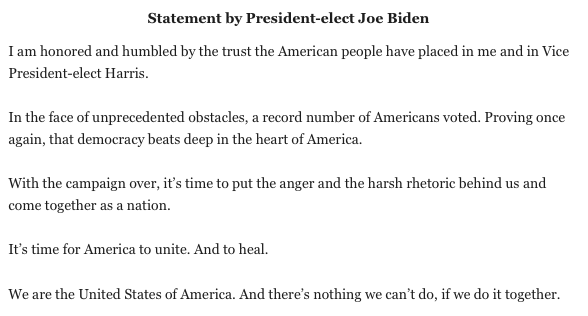 Biden Campaign manager Jen O'Malley Dillon was on a run. Her mother called to tell her about CNN’s call for Joe Biden, she said told the print pool in Wilmington, Delaware, as she returned.

Asked how she felt about Joe Biden becoming the 46th president of the United States, she said:

"Ecstatic – a great day for this county."