Speaking at a lunch with Baltic leaders, President Donald Trump said Tuesday that the US will guard the US-Mexico border with military until the border wall is complete.

He continued, "We cannot have people flowing into our country illegally, disappearing, and by the way never showing up for court.”

"President Obama made changes that basically created no border,” he said, citing “catch and release” policies.

President Trump, speaking at a lunch with Baltic leaders, said the US will be working and negotiating with China to relieve its trade deficit.

"We've helped rebuild China over the last 25 years if you take a look at what happened,” he said. “So we intend to get along with China, but we have to do something very substantial about the trade deficit.”

Trump blamed US representatives for the trade deficit with China.

"I have great respect for President Xi," he said. "Two of the most incredible days of my life were spent in China, many of you were with me. We have a problem with China. They've created a trade deficit."

Why Trump is talking about China

Trump imposed new tariffs on steel and aluminum from China and other countries. He has also announced plans to impose tariffs on about $50 billion worth of Chinese goods.

China said it will respond to any new trade tariffs by the United States with measures of the same scale and intensity. 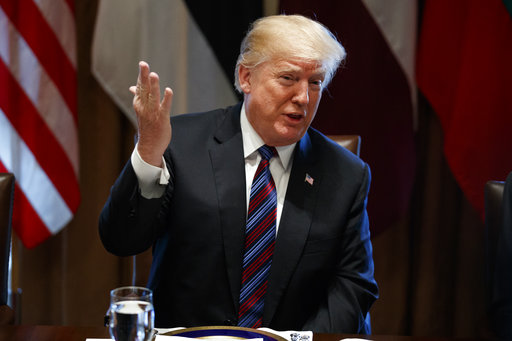 The leaders are expected to give a news conference later this afternoon. 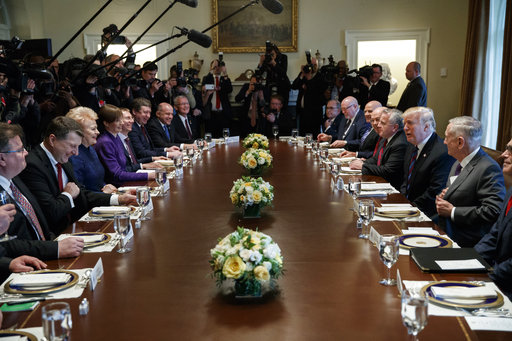 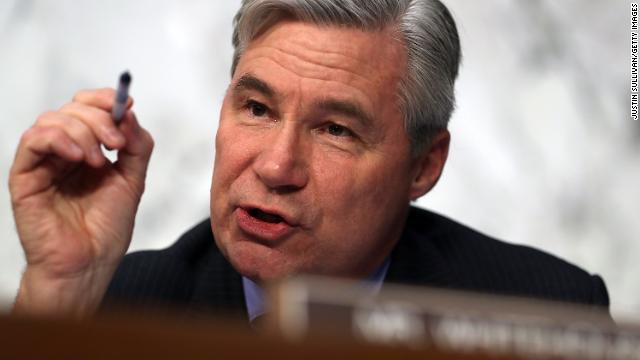 In a letter, the Rhode Island lawmaker asked the EPA's Office of Inspector General to investigate "whether the living arrangement constituted a gift from a lobbyist."

Why Whitehouse want this investigation

Meanwhile, Whitehouse has said that Pruitt's 24-hour security in Washington allegedly extends to at least some of his personal trips, including one family trips to Disneyland and another to the Rose Bowl Game. 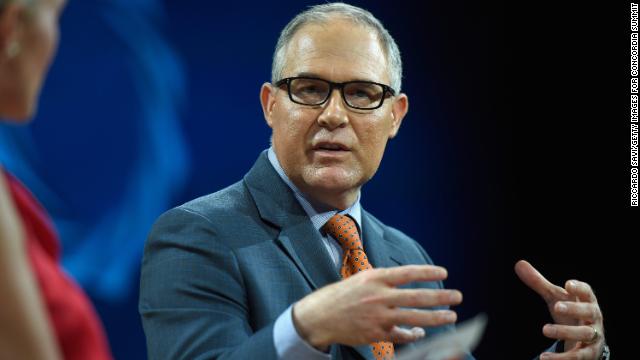 Environmental Protection Agency Administrator Scott Pruitt has suggested tacking on additional import restrictions onto a review of fuel efficiency regulations as a way to strengthen President Trump’s aggressive stance on tariffs and trade, according to a White House official familiar with recent discussions between the administration and the EPA.

This source said the changes amount to “crazy import restrictions.”

“He is trying so hard to please the President,” they said.

The drafted restrictions, suggested unexpectedly on Friday by Pruitt’s office, would raise greenhouse gas standards on imported vehicles as a way to limit the flow of foreign cars entering the United States, this source said.

“The idea wasn’t fully baked,” the source said. But it comes at a time when the Trump administration is targeting imports, notably placing tariffs on steel and aluminum.

At 9:54 a.m., Amazon's stock was up 1.4%. A minute later, President Trump tweeted his latest attack on the company, arguing that it should pay "many billions of dollars" more to the US Postal Service.

Eleven minutes later, Amazon's stock had fallen into the red — and so had the Nasdaq.

Amazon stock has fallen 8% and the company has lost almost $60 billion in market value since Axios first reported last week that Trump wants to "go after" the company.

Trump has tweeted about Amazon five times since Thursday. He says the company takes advantage of the post office and does not pay its fair share of tax.

But that's not true. In fact, Amazon pays the same lower rate that the post office charges other bulk shippers, and it collects sales tax in every state that charges it. 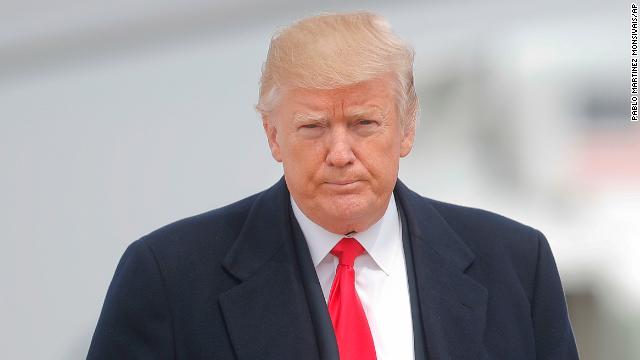 President Trump will welcome Baltic leaders from Latvia, Lithuania and Estonia today at the White House. The Baltic summit could have big consequences for another country — Russia.

"The timing ends up being really important, because we're at such crosshairs now on Russia," Bloomberg's Margaret Talev said.

She told observers to watch "the signaling that he does with those three leaders -- he'll send important signals on that."

Trump will hold a joint news conference with the leaders this afternoon.

Each leader will take one question from reporters, making it approximately the same length as a 2 and 2 news conference. 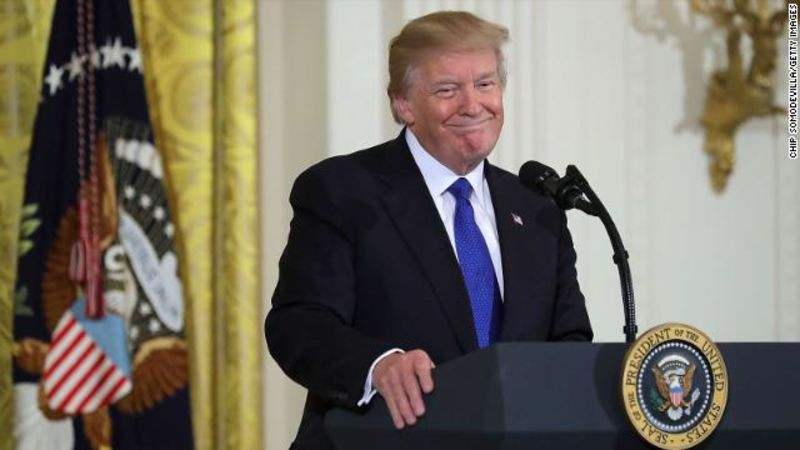 President Trump will host a US-Baltic summit today at the White House.

He and President Kersti Kaljulaid of Estonia, President Raimonds Vējonis of Latvia, and President Dalia Grybauskaitė of Lithuania will focus on strengthening "security, business, trade, energy, and cultural partnerships," the White House said in a statement.

It's also the 100th anniversary of Estonia, Latvia, and Lithuania’s independence, the White House said.

EPA Administrator Scott Pruitt just spoke from the EPA headquarters. In his prepared remarks, Pruitt focused on EPA policy and made no mention of the swirling controversies.

“We’re here to talk about jobs, obviously, but I want to talk first about what’s happening across the country with respect to our agenda here at the EPA. It’s a time of hope and optimism," he said.

He took no questions after the speech.

Why Pruitt is facing scrutiny

Meanwhile, a Democratic senator has said that Pruitt's 24-hour security in Washington allegedly extends to at least some of his personal trips, including one family trips to Disneyland and another to the Rose Bowl Game.

Watch more about the controversies: