Deputy Attorney General Rod Rosenstein, speaking at a roundtable on immigration, outlined the Department of Justice’s challenges with loopholes in federal laws that cause problems with MS-13 and illegal immigration, particularly as it relates to children.

Trump, who wouldn’t answer a question yesterday on whether he has confidence in Rosenstein, praised the deputy attorney general, saying, “That’s great Rod, and I think that’s happening."

"We have seen a willingness, even to a certain extent by the Democrats, starting to come around but it’s brutal. It’s brutal."

He continued: "As you know better than anybody, it’s a tough situation. We need the laws enhanced very substantially and very quickly. Thank you, Rod, very nice.”

Important to note that while the President is shining a spotlight on MS-13 to reinforce his administration's efforts to curtail illegal immigration, MS-13 gang members account for only a small portion of both the number of undocumented immigrants and gang members in the United States.

This underscores the broader point that immigration is one of the key issues the President wants to focus on heading into the midterms. This is just the latest of several events the President has held in recent weeks on the topic of immigration. 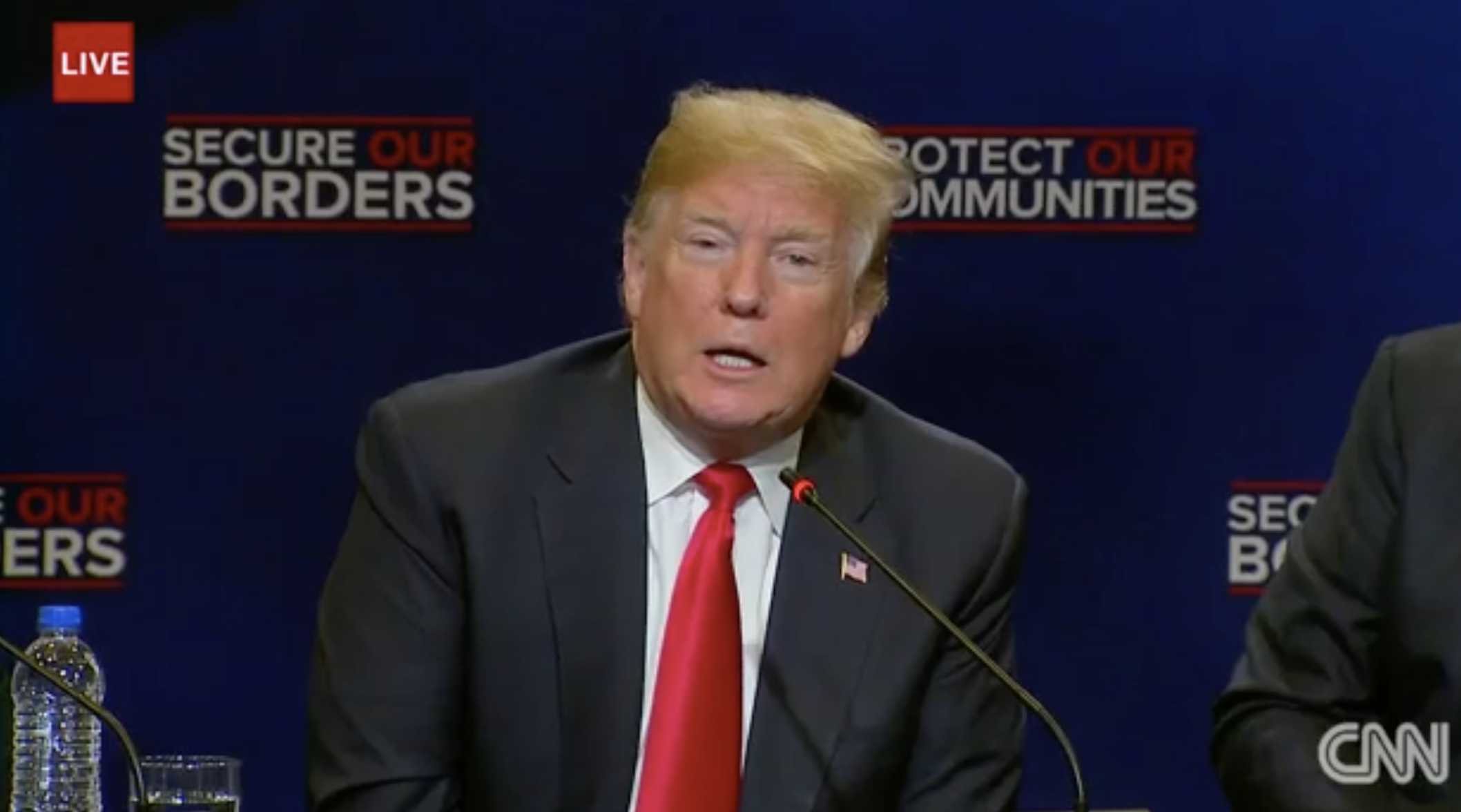 President Trump said he's working on a plan to deduct aid money from the home countries of undocumented immigrants who commit crimes in the US.

"We're going to work out something where every time somebody comes in from a certain country, we're going to deduct a rather large amount of money from what we give them in aid," Trump said.

A participant in the immigration roundtable discussion said that if an undocumented immigrant is convicted of a crime and their home country doesn't take them back within six months, they're released. (A program called "catch and release," which Trump wants to end.)

“What country would take back these people that our fellow crimefighters have just described? Nobody would take them back. We have to change those laws, Mr. President," the speaker said.

Trump responded with this:

"Many of these countries we give tremendous amounts of aid to — tens of millions of dollars — and we’re working on a plan to deduct a lot of the aid because I happen to believe it’s not so hard ... They’ll let you think they are trying to stop this. They are not trying to stop it. I think they encourage people from leaving. They don’t want the people that we’re getting in that country.”"So we're going to work out something where every time somebody comes in from a certain country, we're going to deduct a rather large amount of money from what we give them in aid — if we give them aid at all."

President Trump is in Bethpage, New York, which is on Long Island, to attend a roundtable discussion on immigration. Law enforcement and local leaders are at the event.

The group will specifically discuss the MS-13 gang and immigration policies.

Later this afternoon, Trump will head to New York City.

President Trump shook Deputy Attorney General Rod Rosenstein's hand and appeared to give him a pat on the back as he walked into the room for the Long Island roundtable.

Just yesterday, Trump declined to answer a question about whether he still has confidence in Rosenstein.

At the top of his remarks, Trump thanked Rosenstein along with other officials in attendance at the immigration roundtable today.

Catch up: Here's what has been going on between Trump and Rosenstein. 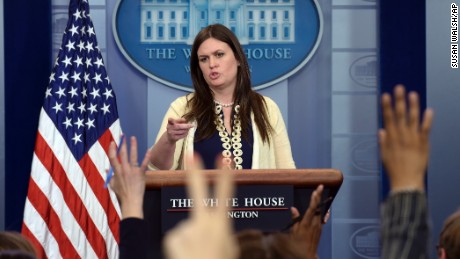 In the past 30 days, there have been 10 on-camera press briefings.

That number does not include one AF1 gaggle w/ Raj Shah and a briefing with Bolton the day of the Iran announcement (both marked in red below).

The average press briefing in the past 30 days was only 17.3 minutes long.

(Note: Trump did hold two press conferences with foreign leaders in that time. There was no briefing on those days. On May 4, there was no gaggle when Trump was traveling, as he spoke for reporters for a few minutes off camera but on the record.)