In her dissent, Justice Elena Kagan, writes: “Of all times to abandon the Court’s duty to declare the law, this was not the one. The practices challenged in these cases imperil our system of government. Part of the Court’s role in that system is to defend its foundations. None is more important than free and fair elections. With respect but deep sadness, I dissent.”

She added: “And gerrymandering is, as so many Justices have emphasized before, anti-democratic in the most profound sense.”

On Friday, Kagan had joined Justice Stephen Breyer in sounding the alarm on precedent.

Chief Justice John Roberts said that it should be up to the states to address the issue of partisan gerrymandering, not federal judges.

He sided with the 5-4 conservative majority.

Here's what he wrote in his opinion:

“We conclude that partisan gerrymandering claims present political questions beyond the reach of the federal courts. Federal judges have no license to reallocate political power between the two major political parties, with no plausible grant of authority in the Constitution, and no legal standards to limit and direct their decisions.”

“Our conclusion does not condone excessive partisan gerrymandering. Nor does our conclusion condemn complaints about districting to echo into a void. The States, for example, are actively addressing the issue on a number of fronts.” 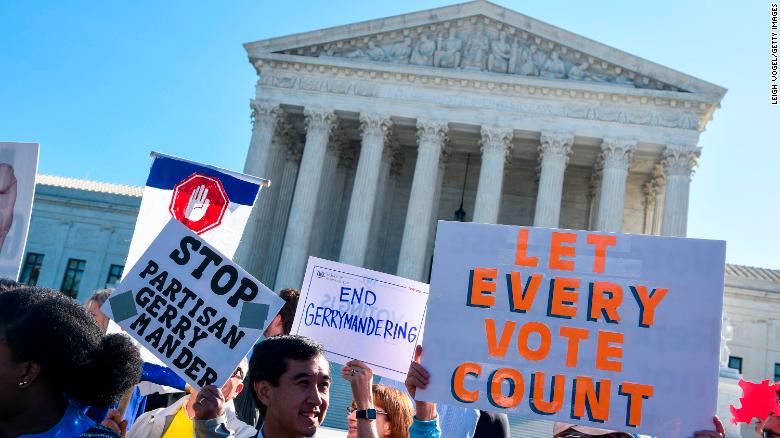 The Supreme Court said Thursday that federal courts must stay out of disputes over when politicians go too far in drawing district lines for partisan gain — a ruling could fundamentally affect the balance of power in state legislatures and Congress.

The court was asked to consider when politicians go too far in drawing lines for partisan gain in a set of cases arising from North Carolina and Maryland.

The Supreme Court is expected to rule on two different cases on the issue of gerrymandering.

Here's what you need to know about them:

In Rucho v. Common Cause and Lamone v. Benisek, the court is considering when politicians go too far in drawing lines for partisan gain in a set of cases arising from North Carolina and Maryland that could fundamentally impact the balance of power in legislatures and Congress. Similar cases out of Ohio and Michigan have been put on hold pending the Supreme Court's decision.

Although the court has a standard to weed out extreme racial gerrymanders, it has never been able to settle on a standard for partisan gerrymandering.

What’s being argued about here: The critics say that with sophisticated new redistricting technology, map drawers are able to manipulate the system more than ever, and entrench the governing party in power. States argue that there is no manageable standard and that the Constitution gives them broad authority to regulate redistricting.

Why these cases matter: On the eve of the next census, this case could change how maps are drawn. The justices could, for the first time, establish a test to determine when partisan motivation is too much, or they could slam the door shut on such claims, holding that it is an issue better left to the political branches of government.

We're expecting the US Supreme Court to hand down an opinion on a case about the 2020 census today.

In Dept. of Commerce v. NewYork, the court is wading into a bitter controversy over whether the Trump administration can ask all recipients a citizenship question on the 2020 census for the first time since 1950.

This case has also seen a flood of potentially new key evidence: After arguments, the challengers informed the court they had obtained "new evidence" that the decision was politically motivated.

They have told the justices that if they are inclined to rule in favor of the government, the opinion should be delayed until next fall to give lower courts the opportunity to review a trove of new documents from the files of a deceased republican redistricting expert. The Justice Department sent a fiery brief to the court accusing the challengers of bringing an 11th hour attempt to derail the case and calling the allegation a "conspiracy theory." Solicitor General Noel Francisco urged the justices not to stray from the record at hand.

Meanwhile, a federal judge in Maryland issued an opinion on Monday suggesting the new evidence was significant because it "potentially connects the dots between a discriminatory purpose — diluting Hispanics' political power — and Ross's decision" to add the question. 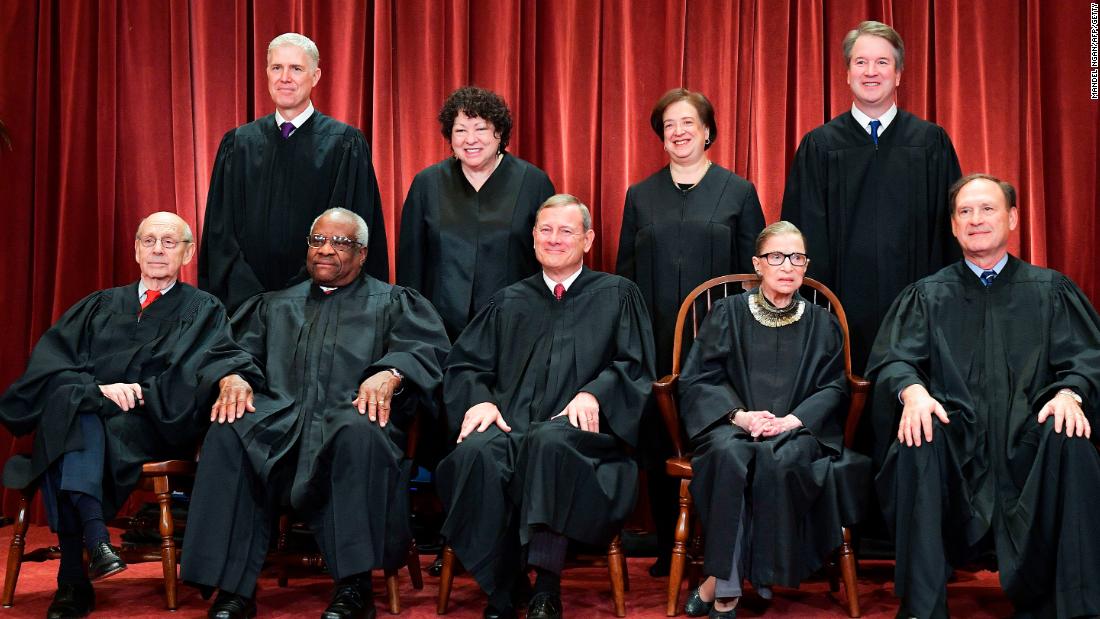