The final sprint to Super Tuesday

Michael Bloomberg received the endorsement of Samoan Chief Fa’alagiga Nina Tua’au-Glaude ahead of Super Tuesday, when voters in 14 states as well as American Samoa will take to the polls.

"I believe in Mike's message of change for the people of American Samoa -- he has the experience and the vision to bring about the change we need - including staving off climate change, which will be devastating to our home. He has my family's vote, and my village,” Tua'au-Glaude, a former delegate for President Obama at the 2008 Democratic National Convention and a former employee of the Department of Veterans Affairs, said about Bloomberg.

Bloomberg has invested heavily in the American territory, which is located in the South Pacific. The campaign said it has seven full-time staff located in American Samoa. They are also running television ads, targeted radio ads and targeted digital and print ads across the islands, according to the campaign.

The campaign has also organized an extensive voter registration drive ahead of the territory’s caucus on Tuesday, which will allocate six pledged delegates.

Despite a poor showing in all previous Democratic presidential contests, Tulsi Gabbard is sticking to her campaign travel schedule for now.

She told CNN on Monday that her campaign would continue with events in Los Angeles and Austin on Monday, and a town hall in Detroit on Super Tuesday.

She did not comment on the goal or thrust of her campaign going forward or whether it was time to bow out.

Gabbard has not earned a single delegate in the four races completed thus far.

This year, a number of black voters who spoke to CNN expressed ambivalence and indecision about the Democratic contenders, even as former Vice President Joe Biden has tried to claim President Barack Obama's mantle.

Biden got the victory he needed in South Carolina on Saturday night, winning roughly three out of five black voters in the state that he has long called his firewall. The question now becomes whether he can carry that momentum into Super Tuesday, and garner similar support in other states. Several new polls in California, North Carolina and Texas underscore the often overlooked fact that the black vote is not a monolith.

Pete Buttigieg will endorse Joe Biden at a rally in Dallas tonight, a source familiar with the plans tells CNN.

Buttigieg, the former mayor of South Bend, Indiana, ended his own 2020 bid on Sunday night.

Pete Buttigieg is weighing whether to endorse Joe Biden after exiting the Democratic presidential race late Sunday night and later speaking on the phone with the former vice president and former President Barack Obama.

An endorsement for Biden is likely, two people close to Buttigieg say, but whether he makes the decision before Super Tuesday is unclear.

While Buttigieg spent the final weeks of his campaign focused on taking on front-runner Sen. Bernie Sanders, the former mayor did focus his attacks on Biden at different points in the campaign and Biden directed his share of criticism toward Buttigieg, who he was competing against for the moderate wing of the party.

Despite the acrimony, it is common for candidates who once sparred in a primary to come together once one drops out. 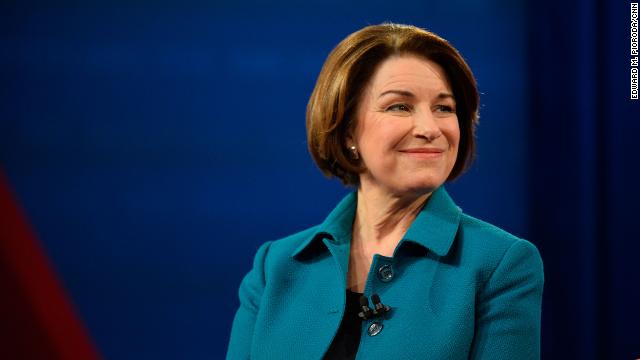 The Klobuchar campaign confirmed that the senator is flying to Dallas to join the former vice president at his rally, where she will suspend her campaign and give her endorsement on the eve of Super Tuesday.

Klobuchar's path to the nomination all but closed after she posted sixth-place finishes in Nevada and South Carolina, a sign that the Minnesota senator's surprising showing in New Hampshire would not be nearly enough to propel her toward the nomination.

A Democratic official told CNN that the Klobuchar campaign was worried that the senator would lose her home state of Minnesota on Tuesday. Vermont Sen. Bernie Sanders, the race's front-runner, is holding a rally in the state on Monday night.

Fourteen states and one US territory will vote Tuesday:

Find out about poll closing times and delegates at stake here.

Fourteen states and American Samoa will vote on Tuesday on the biggest day of the Democratic primary — with 34% of the party's pledged delegates up for grabs.

Sen. Bernie Sanders expects a big win in California, the day's biggest prize, as well as in other western and northeastern states.

Meanwhile, former Vice President Joe Biden is aiming to build on his advantage with African American voters in southern states like Alabama and North Carolina.

The biggest battleground could be Texas, where Biden is campaigning Monday, and Sanders is hoping to recreate the Latino-led coalition that led him to victory in Nevada.