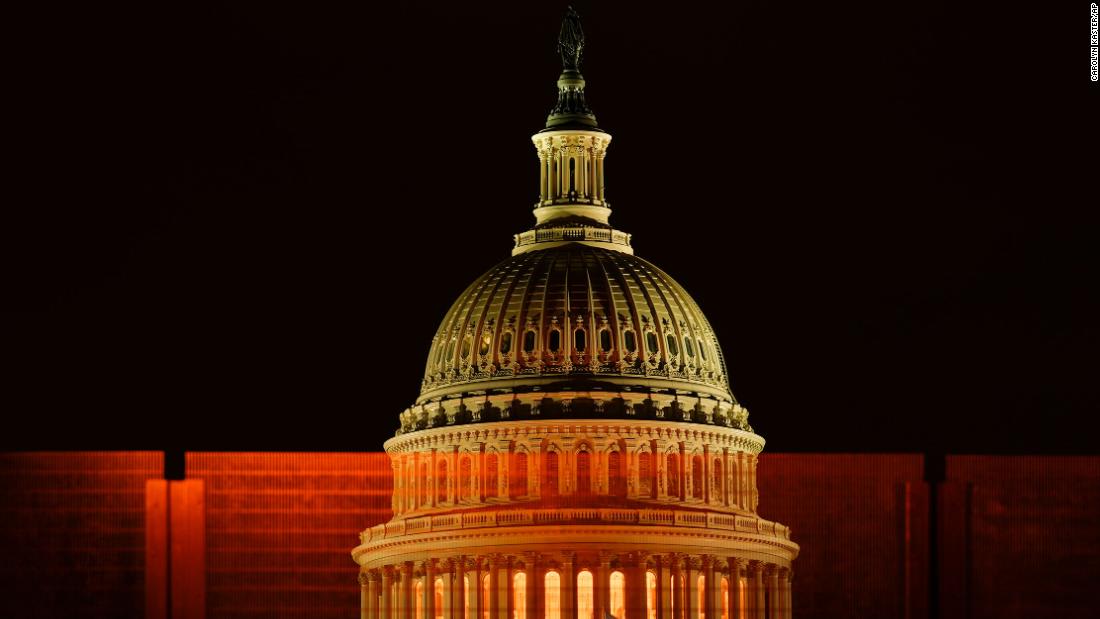 Alaska GOP Sen. Lisa Murkowski, who has said she has not decided how she’ll vote on the relief package, voted against proceeding to the bill — a clear sign of where she is headed on this measure.

Senate Minority Whip John Thune said earlier Thursday that he didn’t know how Murkowski, who is up for reelection, will vote on the bill, but said he was “hopeful” she’ll stick with Republicans in opposing it.

President Biden told reporters he was comfortable with limiting direct stimulus payments based on income in his administration’s Covid relief bill Thursday, adding he intended to continue outreach across the aisle in the hopes of getting bipartisan support.

“We've had a number of meetings with Republicans on the coronavirus bill in the House and Senate,” Biden told reporters ahead of an Oval Office meeting on infrastructure, “a combination of both. So, we're keeping everybody informed.”

The Senate is voting now to open the debate on their version of the Covid-19 relief bill.

Biden agreed to a compromise with moderate Democrats to narrow the income eligibility for the next round of $1,400 stimulus checks included in the Senate bill, a Democratic source told CNN on Wednesday.

That means 7 million fewer families will receive a partial payment than would have under the House version of the bill, according to an estimate from the Penn Wharton Budget Model. The new proposal will completely cut off those who earn more than $160,000 a year and individuals who earn more than $80,000 a year.

On the subject at hand at today's White House event, Biden pointed to infrastructure as an area for bipartisan cooperation, telling lawmakers, “Infrastructure is, not only creates jobs, but it makes us a whole lot more competitive around the world, if we have the best infrastructure in the world.”

Biden did not respond to shouted questions from the press pool if his next legislative priority would be an infrastructure package.

The Senate is voting now to open the debate on their version of the Covid-19 relief bill.

"It is time to move forward with this legislation," Senate Majority Leader Chuck Schumer said in remarks on the Senate floor as he introduced the bill. “It is time to tell the American people that help is on the way."

What we know: It requires only 51 votes. Vice President Kamala Harris may be needed to break a tie.

After they clear this procedural vote, then GOP Sen. Ron Johnson is expected to force a full reading of the bill.