In a US Capitol ceremony to honor Justice Ruth Bader Ginsburg, Rabbi Lauren Holtzblatt said the late justice had a "tenacious hope to preserve the integrity of the court."

"And Justice Ginsburg also loved the court, to which she so devoted her life. A court for all of us," Holtzblatt said.

The rabbi called on the country to carry on her legacy of justice.

"Today, we stand in sorrow and tomorrow we, the people, must carry on Justice Ginsburg's legacy. Even as our hearts are breaking, we must rise with her strength and move forward. She was our prophet, our north star, our strength for so very long. Now she must be permitted to rest after toiling so hard for every single one of us," Holtzblatt of the Adas Israel Congregation said.

Ginsburg became the first woman and first Jewish person in history to lie in state inside the US Capitol.

House Speaker Nancy Pelosi welcomed Justice Ruth Bader Ginsburg to lie in state in the US Capitol on Friday.

"It is with profound sorrow and deep sympathy to the Ginsburg family that I have the high honor to welcome Justice Ruth Bader Ginsburg to lie in state in the Capitol of the United States. She does so on a catafalque built for Abraham Lincoln. May she rest in peace."

Her casket was placed on top of the Lincoln catafalque inside National Statuary Hall by the honor guard. Ginsburg is the first woman and first Jewish person in history to lie in state inside the US Capitol.

Ginsburg, who died last Friday due to complications of metastatic pancreas cancer, became the first woman to lie in state in the US Capitol on Friday, according to congressional historians. She's also the first Jewish person to be given that honor.

Her casket was placed on top of the Lincoln catafalque inside National Statuary Hall by the honor guard.

What this honor means: Lying in state (for government official and military officers) and lying in honor (for private citizens) is when someone's remains are placed in the US Capitol in Washington, DC, to allow the public to pay their respects.

This tribute is considered one of the highest honors.

Since the practice started in 1852, 38 people — counting Ginsburg — have been given this honor, including 12 presidents.

There are no written rules on who may lie in state or honor. It is determined by the current House and Senate and then must be accepted by the family of the deceased.

Watch her casket be placed inside the US Capitol:

The casket of Justice Bader Ginsburg has arrived on the Capitol Plaza after it lay in repose at the Supreme Court Wednesday and Thursday.

House Speaker Nancy Pelosi and Senate Democratic leader Chuck Schumer greeted the motorcade alongside members of Ginsburg's family. The honor guard will be escorting the casket.

Ginsburg will become the first woman and Jewish person in history to lie in state in the US Capitol when her casket is placed shortly in National Statuary Hall.

Lying in state (for government official and military officers) and lying in honor (for private citizens) is when someone's remains are placed in the US Capitol in Washington, DC, to allow the public to pay their respects. This tribute is considered one of the highest honors.

Watch her casket be taken into the US Capitol:

In the weeks right before her death, Justice Ruth Bader Ginsburg was still conferring on cases, penning notes to friends and continuing to schedule social events, including a wedding that she was to officiate the day she died.

Ginsburg, who had been fighting complications from metastatic cancer of the pancreas, was taken to Johns Hopkins Hospital in Baltimore a week earlier, stayed for a few days, and returned home on September 11, according to two people familiar with the situation. Her medical condition during that time is not known, and the Supreme Court public information officer said on Thursday that the family did not wish to provide details of Ginsburg's final days.

The 87-year-old justice's situation turned severe the week of September 14, and she died the evening of September 18, surrounded by her family.

Until the sudden end, the woman who had become known as the "Notorious RBG" was living as if there would be more tomorrows.

An in-demand wedding officiant: Eric Motley, whose wedding she was to officiate the night of her death, was told two days earlier, without reference to Ginsburg's medical condition, that the wedding would have to be postponed.

"I had been in touch with the chambers, in preparation for Friday," Motley told CNN. "They said we need to push it back, let's look at some other days."

Motley, who wrote about the planned wedding with Ginsburg in an essay for the New York Times, told CNN that he and the justice had exchanged personal emails during the summer and that she had sent him an upbeat note and photograph of the two of them, speaking with a maestro during an opera reception, pre-coronavirus. Ginsburg and Motley, who came to Washington as a special assistant to President George W. Bush, first met in 2002 at a dinner party and realized they shared a love of music.

Ginsburg had planned to marry Motley and his fiancée in a quiet ceremony on a patio at her apartment. She had officiated at a similar outdoor ceremony last month, after which the newlyweds posted a photo on Twitter. Ginsburg, clad in her black judicial robe and one of her distinctive decorative collars, was sitting at a lectern between them.

Motley, executive vice president of the Aspen Institute, said of Ginsburg's spirits in recent communications: "They were always good, always strong. This was a woman who was made to live. And she will live on." 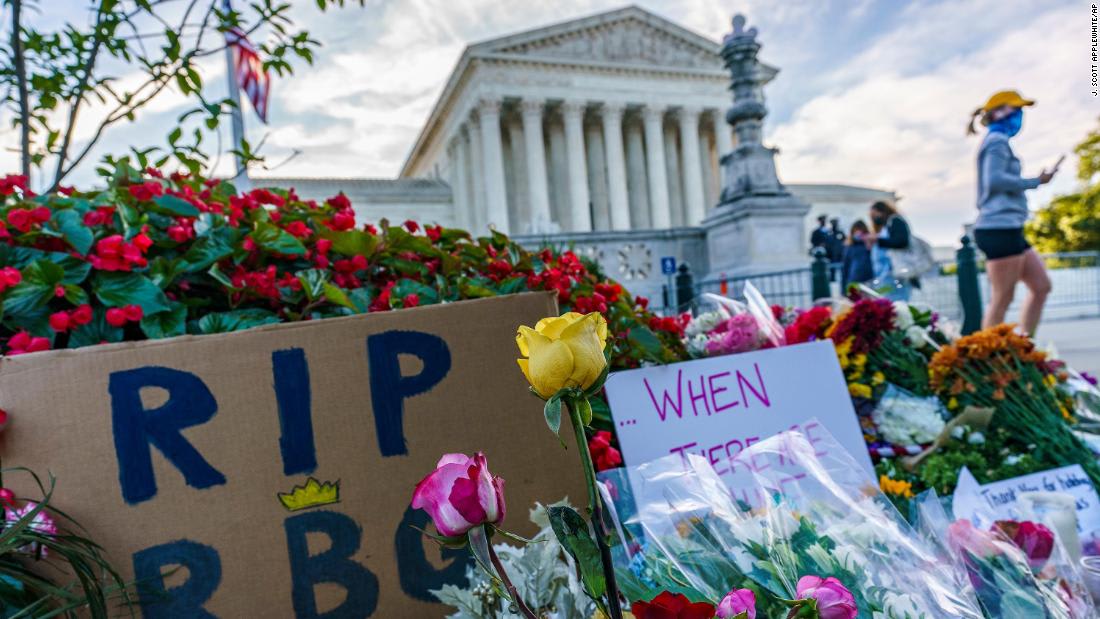 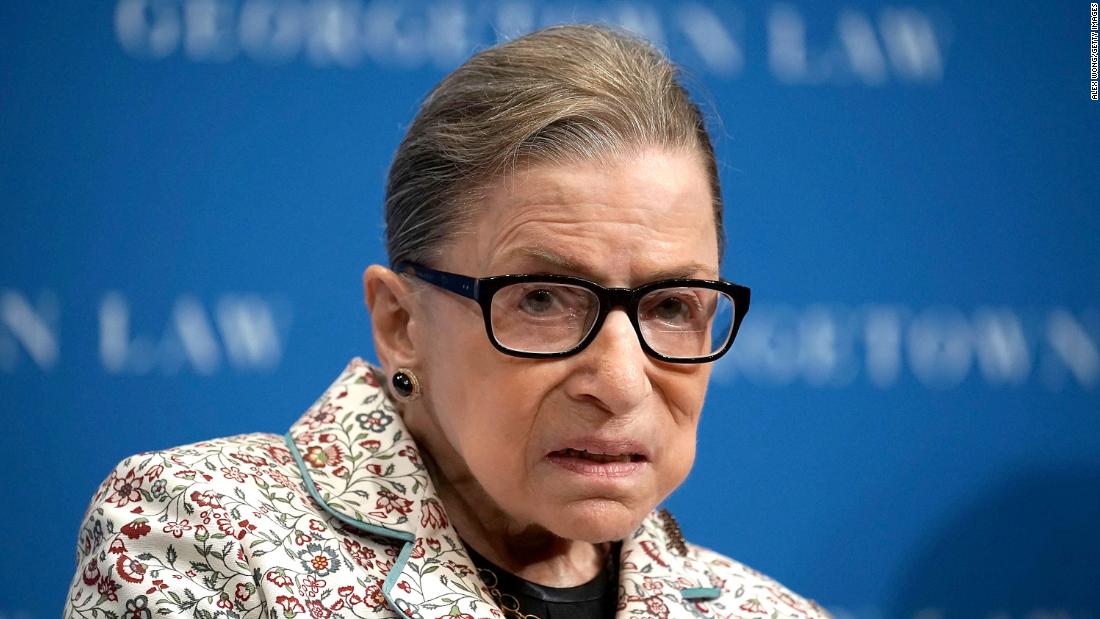