Our live coverage of the Ruth Bader Ginsburg memorial at the US Supreme Court has ended. You can read more about the ceremony here. 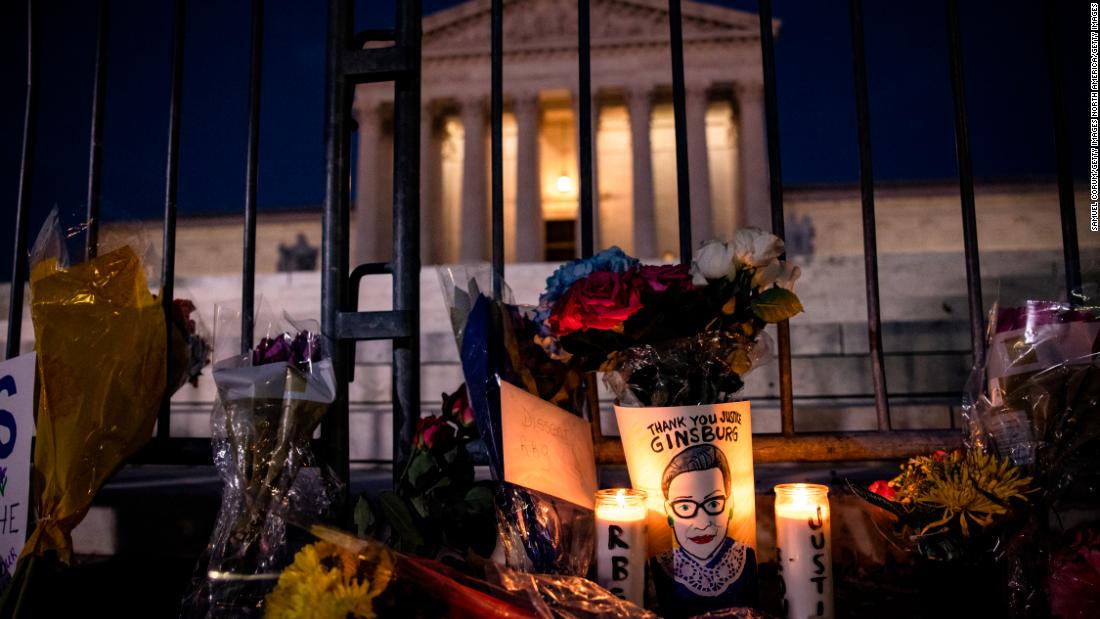 Supreme Court Justice Ruth Ginsburg's body will lie in repose at the Supreme Court on today and tomorrow so that members of the public can pay their respects, the court announced on Monday.

The casket will arrive in front of the Supreme Court just before 9:30 a.m. ET today and a private ceremony with family, close friends and the justices will take place in the Great Hall at the court.

After the ceremony, the casket will be moved under the portico at the top of the building's front steps.

Former law clerks will serve as honorary pallbearers, lining the steps as the casket arrives.