Our live coverage has ended. Scroll through the posts below or read more about Roger Stone's indictment here.

Roger Stone just spoke outside of the federal courthouse where he appeared a short time ago in Florida. He proclaimed his innocence, said he is falsely accused and finds the tactics this morning at his house disturbing.

Stone says he will plead not guilty to the charges and believes that they are politically motivated.

He also reinforced that he will not testify against the president.

A crowd gathered outside the courthouse chanted "lock him up" as he spoke to media. 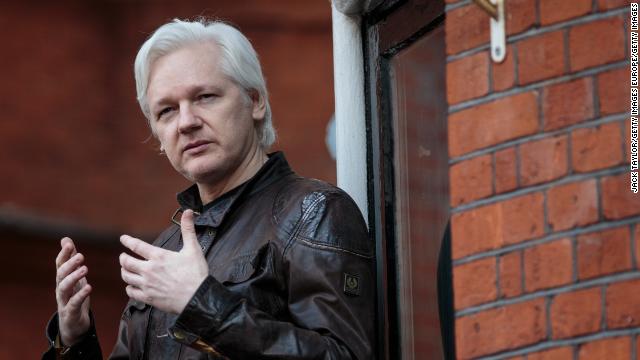 WikiLeaks tweeted a statement from its founder's US lawyer on Roger Stone's arrest today.

"The dawn military-style arrest of Mr. Stone, a 66 year old political consultant, was wholly unnecessary and served no purpose other than intimidation. The charges against Mr. Stone do not allege that Mr. Stone lied about his [lack of] contacts with Julian Assange, but rather about his contacts with others and about documents reflecting those communications. The Office of Special Counsel has never spoken with Mr. Assange."

Read the series of tweets here: 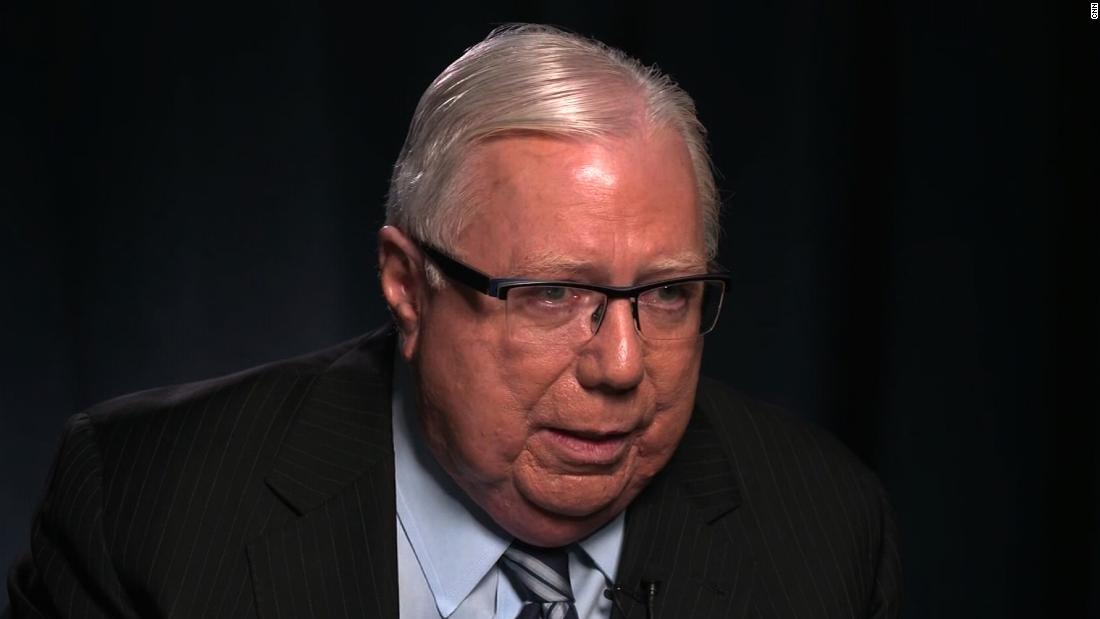 "I am person number one," in the Stone indictment, Jerome Corsi said. "The statements in the indictment about me are accurate."

"They're consistent with the testimony I gave to the special counselor," Corsi said.

"What is contained in the indictment confirms I did nothing wrong," Corsi said.

He said he still has his differences with the special counsel – and has brought a lawsuit against Mueller – but he said Stone and his allies should be advised "the investigation being done by the special counselor is extremely thorough," Corsi said.

"They have everything," he said. "I can tell you that from first-hand experience."

"I'm still angry with Roger," Corsi said, referring to Stone's comments about Corsi. "His statements about me have been increasingly defamatory and untrue."

What you need to know about Corsi: He is an acquaintance of Roger Stone. Earlier this month, he confirmed that the Senate Intelligence Committee had subpoenaed him for documents as well as an interview. He also said he provided information to Mueller's team that he believed would be damaging to Stone. 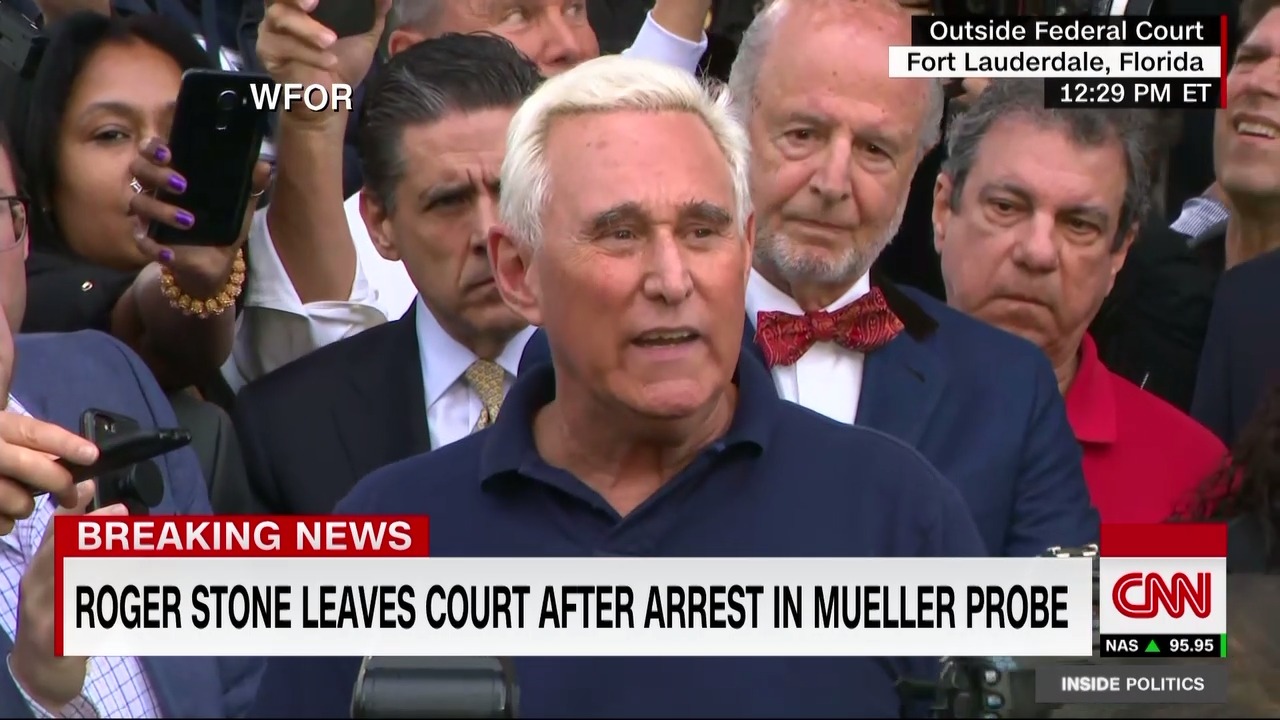 As Roger Stone spoke outside the court house, parts of his statement were drowned out by boos from the crowd.

The crowd also chanted: "Lock him up," which is reminiscent of the "Lock her up" chants crowds at some Trump rallies have chanted about Hillary Clinton. 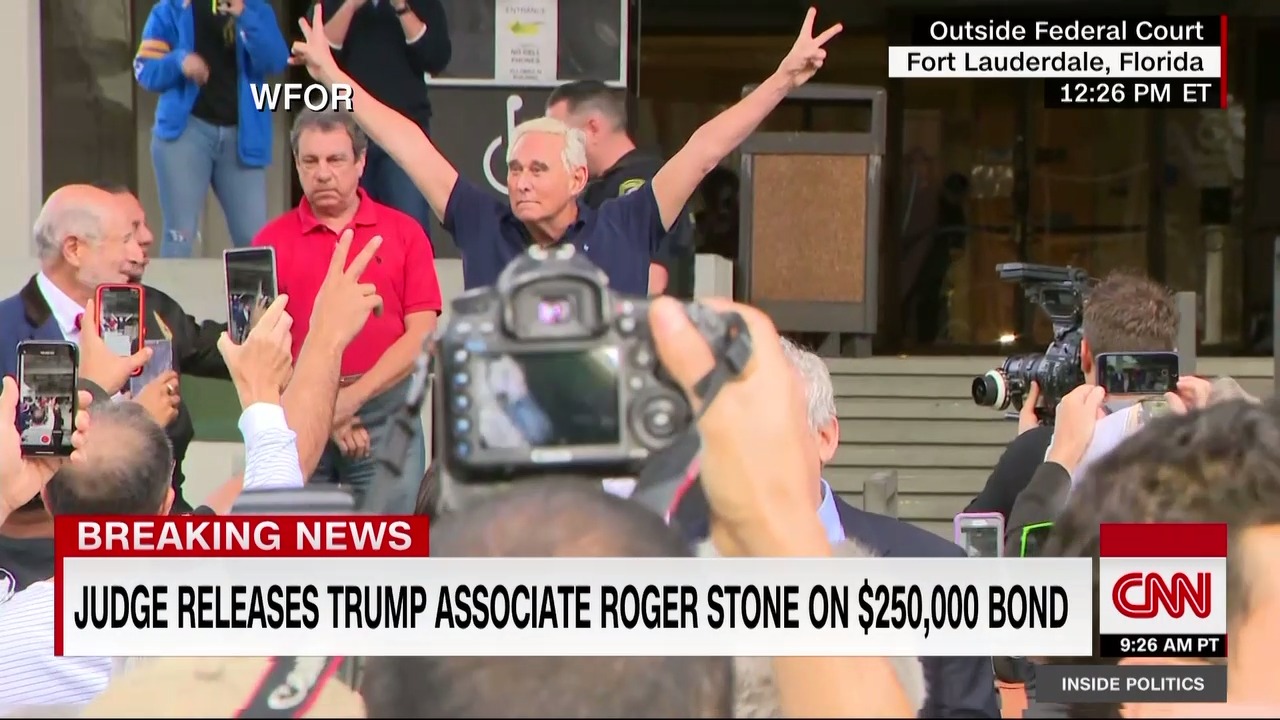 As he left court, he flashed a Nixonian salute.

Stone got his start as a low-level aide on Richard Nixon's 1972 presidential campaign doing surrogate scheduling and other assorted tasks.

Along with his home in Florida, the FBI carried out a search warrant on Roger Stone's residence in New York. 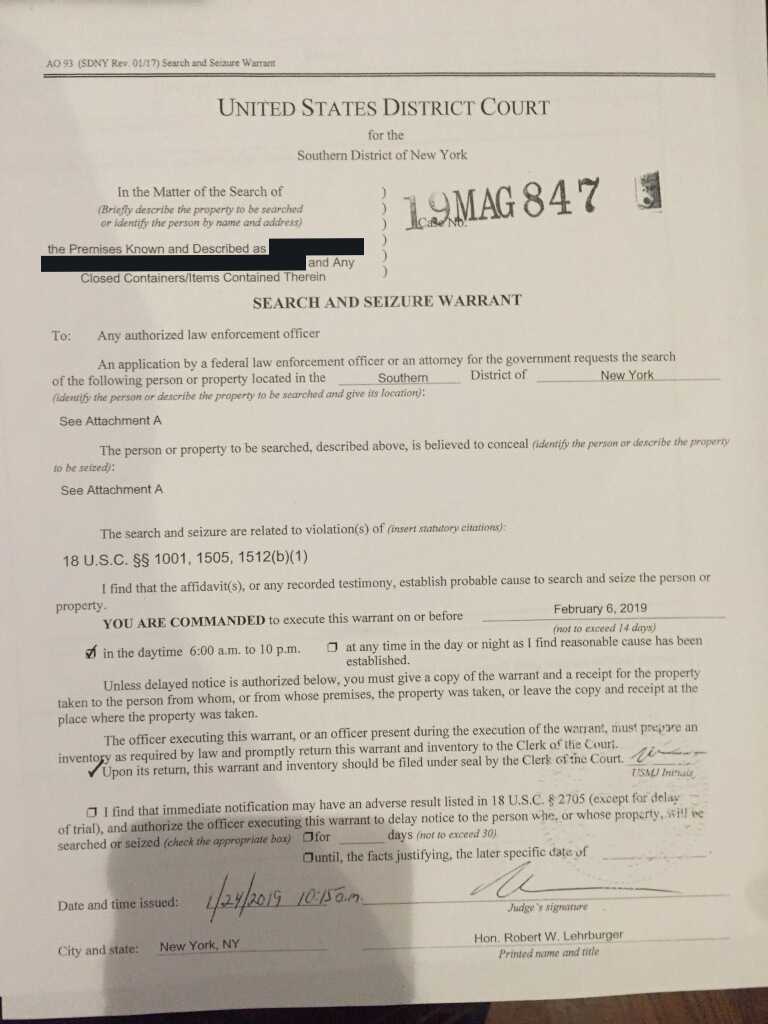 There were no cameras allowed in the courtroom when Roger Stone appeared this morning in Florida.

But there was a sketch artist. 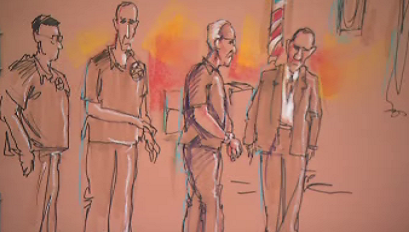 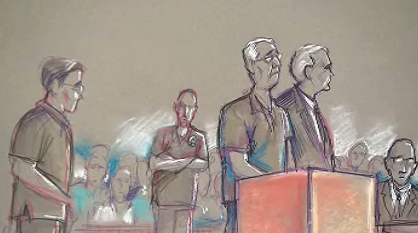 "This morning's news is deeply saddening. Robert Mueller's early morning raid was straight out of the gestapo's playbook. We must fight for Roger Stone... now more than ever. If they can do this to Roger... they are coming for us next! -staff