Speaking to Robert Mueller about her comments following the firing of FBI Director James Comey, White House press secretary Sarah Sanders conceded she made statements to the media that were not based in fact.

Specifically, Sanders said her assertion in response to a question about FBI agents supporting Comey wasn’t "founded on anything," according to Mueller.

In a back-and-forth during a briefing, a reporter told Sanders the "vast majority" of FBI agents supported Comey.

What Sanders told Mueller: She said that comment was a "slip of the tongue" made "in the heat of the moment."

The controversial GOP platform change about Ukraine wasn’t done “at the behest” of candidate Donald Trump or the Russian government, according to the report.

“[T]he investigation did not establish that one campaign official's efforts to dilute a portion of the Republican Party platform on providing assistance to Ukraine were undertaken at the behest of candidate Trump or Russia,” the report said.

Some background: Before the 2016 Republican convention, Trump campaign aides blocked language from appearing in the platform that endorsed the US government sending lethal arms to Ukraine and aggressively supporting Ukraine’s anti-corruption bureau, according to public reports from CNN and other outlets.

The Department of Justice released a redacted version of the special counsel Robert Mueller's report this morning. CNN is going through the document now, and we've been posting highlights here.

In the first moments the report was released, we learned that Mueller wasn't able to conclude "no criminal conduct occurred" and that the special counsel believed it had the authority to subpoena Trump — but decided against doing so. (Read more about the initial report highlights here.)

Here's what we've learned since we last caught you up: 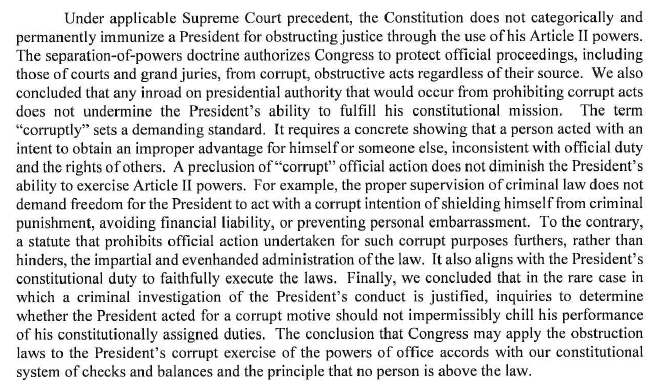