Rep. Val Demings, in her questioning today, sought to learn more about Robert Mueller's thoughts on President Trump's participation in his investigation.

She asked Mueller: "Director Mueller, isn't it fair to say the President's written answers were not only inadequate and incomplete, because he didn't answer many of your questions, but where he did, his answers showed he wasn't always being truthful?"

Mueller responded in four simple words: "I would say generally." 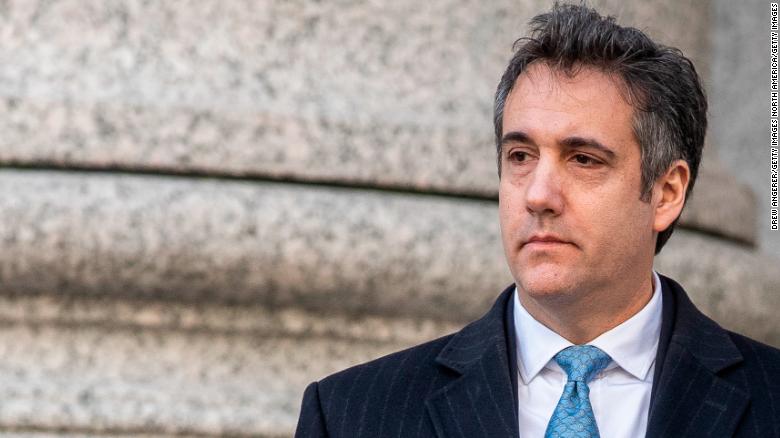 Here's the statement that was provided to CNN:

“Mr. Mueller today had the world stage to answer questions regarding obstruction of justice and witness tampering. Sadly, his reluctance just continues to leave the debate open and those responsible free from prosecution ... for the moment. The American people deserve more! The allegations raised against me in the Steele dossier were blatant lies. At least today’s hearings confirmed this. If our elected officials want more information or clarification they know where to find me...”

Former special counsel Robert Mueller said he and his team negotiated with President Trump for "a little over a year" about a possible interview, but they eventually decided not to subpoena him so they could end the investigation in a timely fashion.

"But finally, when we were almost towards the end of our investigation, and we had little success in pushing to get the interview of the President, we decided that we did not want to exercise the subpoena powers because of the necessity of expediting the end the investigation," Mueller said.

He added: "The expectation was if we did subpoena the President, he would fight the subpoena, and we would be in the midst of the investigation for a substantial period of time."

Rep. Peter Welch, a member of the House Intelligence Committee, raised the issue during his time.

"My concern is, have we established a new normal from this past campaign that is going to apply to future campaigns so that any one of us from the US House, any candidate for the Senate, any candidate for the presidency of the United States, aware that if a hostile foreign powers is trying to influence an election has no duty to report that to the FBI or other authorities?" Welch asked.

Mueller responded: "I hope this is not the new normal. But I fear it is."

Welch went on to ask Mueller if he had any advice for Congress on protecting the electoral system.

"I would say the basis — the first line of defense really is the ability of the various agencies who have some piece of this to not only share explanation, but shared expertise, to share targets, to use the full resources that we have, to address this problem," Mueller said.

Robert Mueller said the Russians expect to meddle in the 2020 election.

The remark came after Rep. Will Hurd asked Mueller if he thought the interference was a single attempt.

Hurd: Is this –– in your investigation, did you think that this was a single attempt by the Russians to get involved in our election? Or did you find evidence to suggest they'll try to do this again.

Mueller: It wasn't a single attempt. They're doing it as we sit here. And they expect to do it during the next campaign.

Robert Mueller just refused to answer a question that is addressed in his report.

He wouldn’t talk about whether he tried to interview Donald Trump Jr.

The Mueller report says, in plain language, that the special counsel’s office asked Trump Jr. for a voluntary interview, but he refused.

Swalwell: "Did you want to interview Donald Trump Jr.?"

Mueller: "I'm not going to discuss that."

Mueller: "And I'm not going to discuss that."

This came up in the Mueller report, in a section about the Trump Tower meeting:

“Trump Jr., Manafort, and Kushner participated on the Trump side, while Kaveladze, Samochomov, Akhmetshin, and Goldstone attended with Veselnitskaya. The Office spoke to every participant except Veselnitskaya and Trump Jr., the latter of whom declined to be voluntarily interviewed by the Office.”

As of 2:45 p.m. ET, Robert Mueller has deferred or declined to answer questions from members of Congress at least 60 times in the second hearing, according to a CNN analysis. Of those instances Mueller referred lawmakers to his report at least 3 times.

Earlier today, while testifying in front of the House Judiciary Committee Mueller deferred or declined to answer questions from lawmakers at least 124 times during his three and a half hours of testimony. Of those instances, Mueller referred lawmakers to his report at least 39 times.

Former special counsel Robert Mueller broke new ground, perhaps for the first time, when he criticized Trump for embracing WikiLeaks during the 2016 campaign, and touting the hacked Democratic emails they released before the election.

“Problematic is an understatement, in terms of what it displays, in terms of giving some hope or some boost to what is and should be illegal activity.”

What he's talking about: The “illegal activity” likely refers to the hacking of Democratic emails by Russian intelligence officers. They hacked the Democratic National Committee and Hillary Clinton’s campaign chairman, then funneled the stolen emails to WikiLeaks, according to the Mueller report. WikiLeaks later published many of the emails.

Trump touted the new leaks at nearly every stop on the campaign trail in the final weeks of the race, sometimes reading directly from emails at his rallies and seizing on thinly sourced conspiracy theories.

Democrats have condemned Trump for doing that, saying he was openly embracing Russian meddling. For the first time, Mueller agreed with that assessment when he said Trump’s actions were “problematic.”

To be clear, it is not a crime to read aloud from news stories or hacked emails that are posted online. The crimes were committed by the Russians who hacked the emails. But by embracing WikiLeaks, candidate Trump aligned with Russia’s goals of disrupting the campaign and weakening Clinton’s chances of winning.

Almost all of the Democratic candidates running for the 2020 campaign have pledged that they won’t use any hacked materials during the campaign to attack their opponents. Trump has not made this promise and has publicly suggested that he’s more than willing to accept help from foreign governments in 2020.

The clip is watermarked PBS NewsHour and comes from RNC Research. It shows this exchange: