Our live coverage has ended. Scroll through the posts below to read about tonight's primary elections or visit CNNPolitics.

Democrat Christine Hallquist made history tonight when she became the first transgender person nominated for governor by a major party.

Halliquist said her win in Vermont is "a victory for all Americans."

"It is no surprise to me living in Vermont, I love Vermont and this is pretty typical for what Vermont is," she said. "Vermont has been a loving state, a leader in civil rights and we're going to continue to show the rest of the country what good democracy looks like."

Halliquist said she wants people to look beyond that she is transgender.

"I want people and the rest of the country to know that we are a small percentage of the population but you know that really ... I would want people to look beyond that. You know many people have not met a transgender person and I understand that it is different. But, at the end of the day, we can contribute to the betterment of the world. When you think about it, if we write people off because of who they are, we may be writing off the next cure for cancer or the cure for climate change." 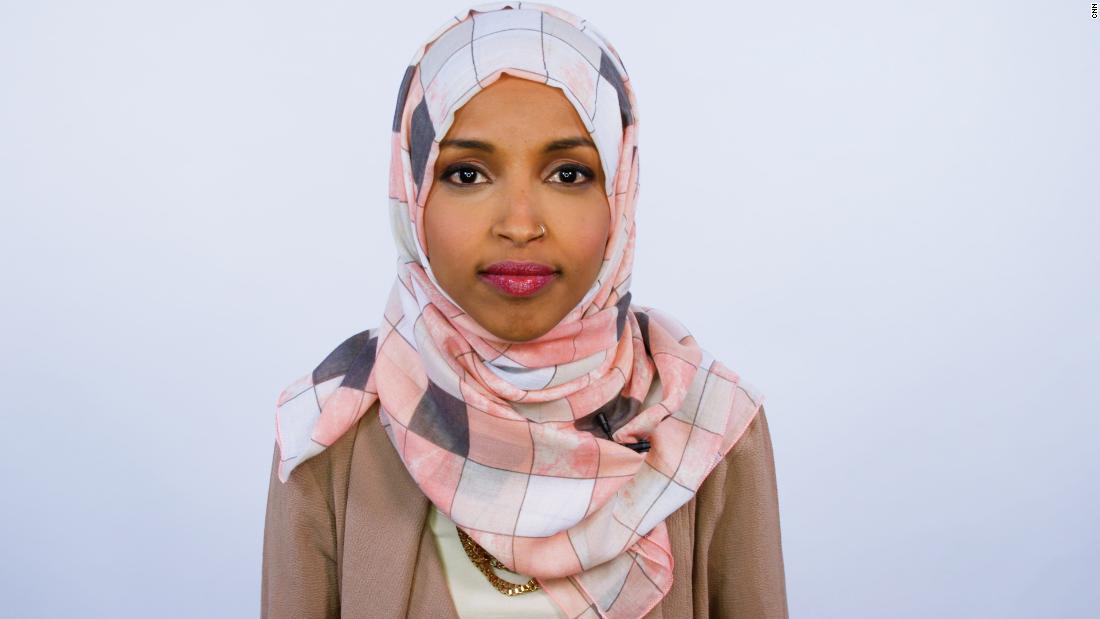 Backed in her race by Alexandria Ocasio-Cortez, Omar, who came to the US more than two decades ago as a refugee, would become the first Somali-American member of Congress if she wins the seat being left behind by Rep. Keith Ellison, who is running for state attorney general, in November. (Earlier tonight, Ellison won the Democratic primary for Minnesota's attorney general.)

About Omar: In 2016, Omar was elected to the Minnesota House of Representatives, where she brings a personal perspective to this country’s heated debate about admitting immigrants and refugees.

Her journey to become this country’s first Somali-American Muslim lawmaker began in a refugee camp in Kenya, where her family was escaping Somalia’s brutal civil war.

After immigrating to the United States in 1995, Omar said, she was confused by the disparity between the country’s high ideals and the stark realities she encountered. But her grandfather, a student of American history, gave her a political pep talk.

“He told me I couldn’t just sit there and complain,” Omar said, “I had to serve.” 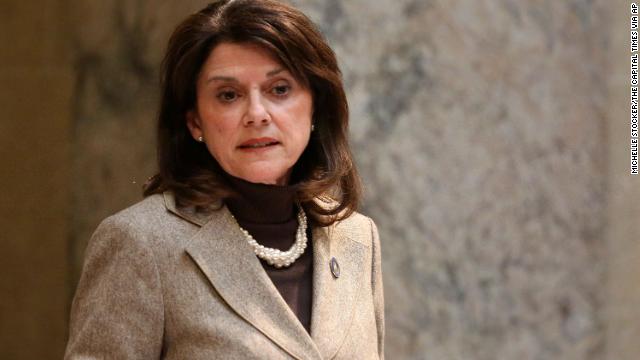 Vukmir will take on Democratic Sen. Tammy Baldwin in November.

What to expect this fall: Vukmir, who has the support of the Wisconsin Republican establishment, will face an uphill battle against Baldwin's massive cash advantage.

It is a rare year where both Senate seats will be on the ballot in Minnesota, and the November races are now set.

CNN projects Sen. Tina Smith, who was appointed to fill Al Franken’s seat after he resigned, will win the Democratic primary, and face GOP State Senator Karin Housley, the winner of the GOP primary. 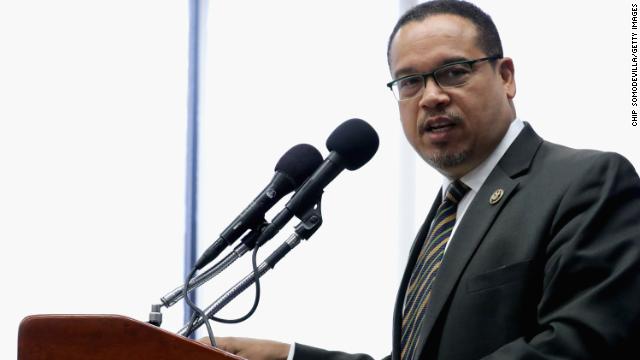 In a statement, Ellison vowed to fight for Minnesotans.

"As the People’s Lawyer, I will be on the front lines to defend the rights and freedoms of all Minnesotans," he said. "As your Attorney General, I will fight every day to put Minnesota families ahead of powerful special interests, to increase access to affordable health care, make our economy more fair, and expand opportunity for all.”

Some background: Over the weekend, Ellison was accused of physically and emotionally abusing his ex-girlfriend, Karen Monahan. Her son Austin Monahan wrote on Facebook that he'd found a video on his mother's computer in 2017 that he said showed the Minnesota Democrat attempting to drag his mother off a bed while cursing at her. Karen Monahan declined to share the video with CNN.

Ellison denied the claims on Sunday and said no video of the incident existed because it did not happen. 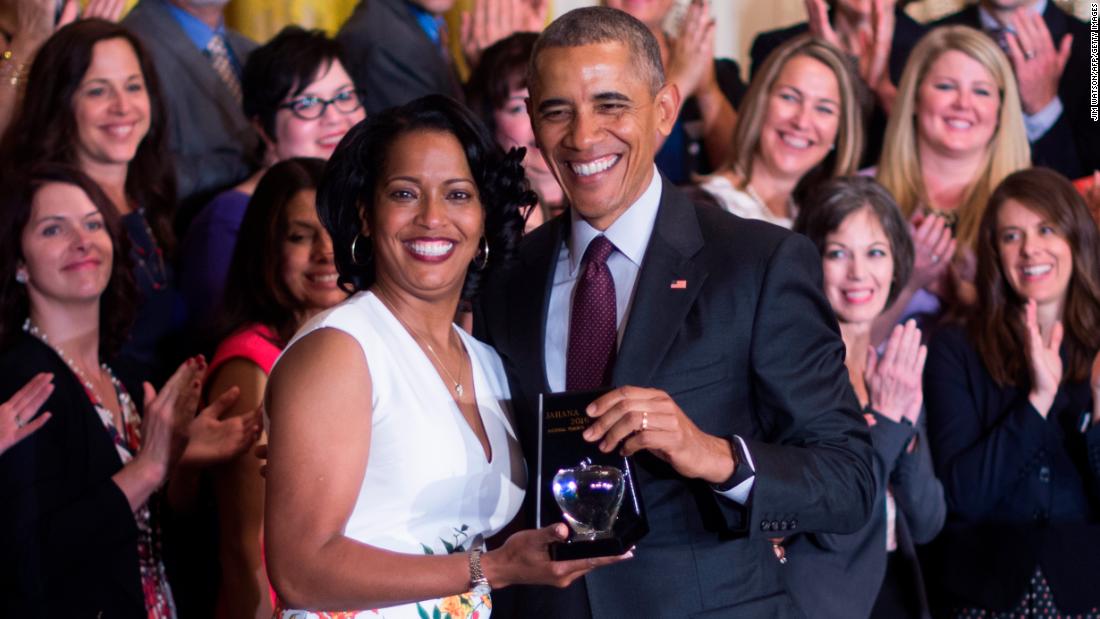 How it happened: Glassman conceded to Hayes as results streamed in, calling her a “tough competitor” who “ran a good race.”

The seat was opened when Democratic Rep. Elizabeth Esty announced she wouldn't be seeking re-election following accusations she mishandled an abuse claim in her office.

About Hayes: President Barack Obama named Hayes, who was then teaching social studies at John F. Kennedy High School, National Teacher of the Year in 2016. She was celebrated for her story: She grew up in a housing project in Waterbury, was raised by her grandmother while her mother struggled with drug addiction and became a mom at 17. 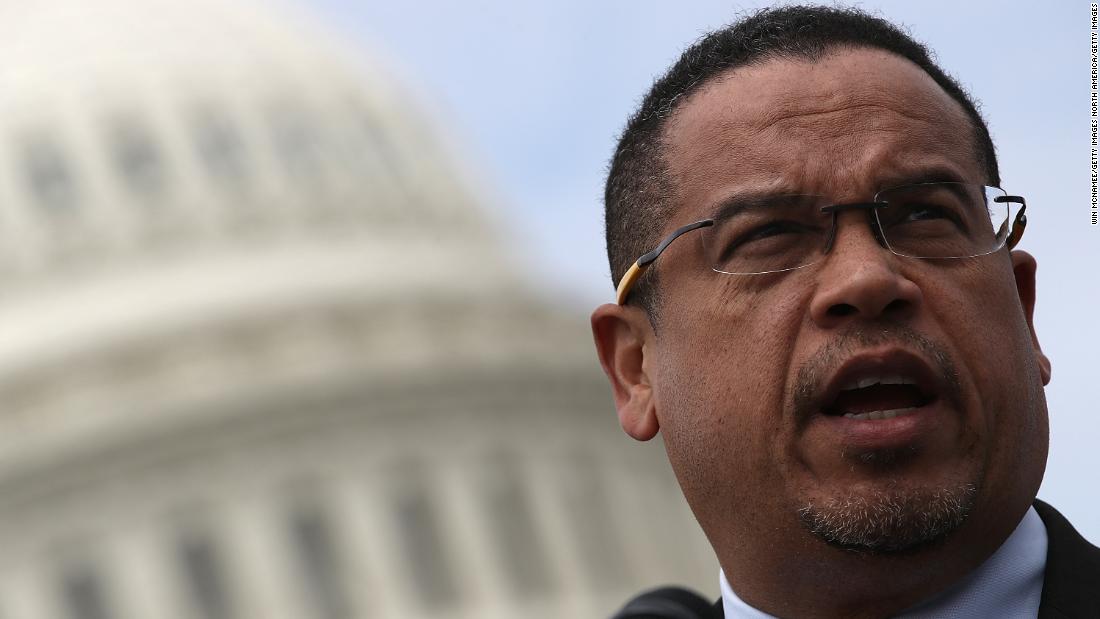 Rep. Keith Ellison, a Democrat from Minnesota, is denying allegations made public on Saturday that he physically abused an ex-girlfriend.

The allegations were detailed in a Facebook post by Austin Monahan, the son of Ellison's former girlfriend Karen Monahan. The son wrote that he found a video on his mother's computer in 2017 that allegedly showed Ellison attempting to drag his mother off a bed while cursing at her.

CNN first spoke with Karen Monahan on Friday and Saturday about social media posts she'd made, some obliquely referencing Ellison. CNN was in the process of reporting the story when her son went public Saturday afternoon. CNN has asked to view the video, but Monahan said she could not produce it.

Why this matters: The charges came just days before Tuesday's primary election in which Ellison is running to be the Democratic nominee for Minnesota's attorney general. On Sunday, two of Ellison's Democratic primary opponents, state representative Debra Hilstrom and Minneapolis attorney Matt Pelikan, called on him to respond to the allegations.

Ellison denied the claims on Sunday and said no video of the incident existed because it did not happen. 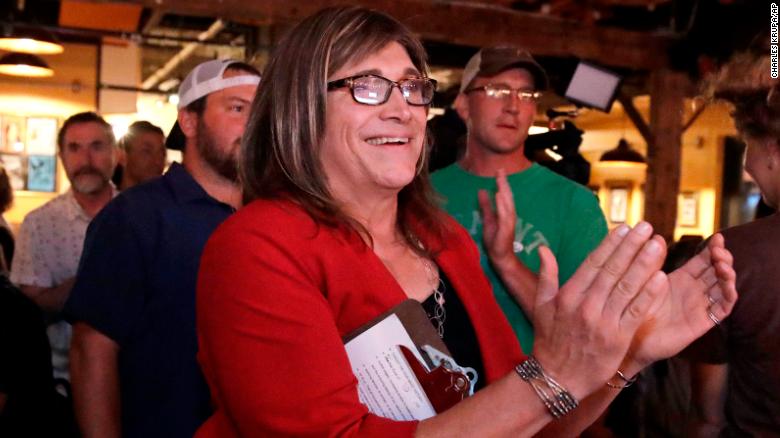 Hallquist will be the first transgender gubernatorial nominee for a major political party, CNN projects, a breakthrough of both substantial and symbolic importance for LGBTQ Americans, in particular the trans community, which has for so long been shut out of the highest levels of elected office.

What's next: Hallquist will face Gov. Phil Scott in November. CNN projects Scott is the winner of the GOP primary.

A former energy company executive, Hallquist had established herself as a trailblazer before entering politics.

She transitioned publicly during her time as leader of one of the state's largest utilities, becoming the first CEO to do so while in the job, according to the Victory Fund, a political action committee backing Hallquist and "dedicated to electing openly LGBTQ people" up and down the ballot.

"My path to being my authentic self was certainly not easy," she said upon announcing her entry into the race earlier this year. "However, it's always been important to me to live openly and honestly. I chose to transition in a very public way because I felt I owed it to those at Vermont Electric Cooperative who put their trust in me."