Secretary of State Mike Pompeo was asked to describe what President Trump and Russian President Vladimir Putin talked about during their summit in Helsinki, Finland.

Here are some of the things Pompeo said they talked about:

And here's what they didn't talk about:

Pompeo said he personally "made clear that there will be severe consequences for interference in our democratic processes."

Trump's performance at the meeting drew criticism after he declined to endorse the US government's assessment that Russia interfered in the 2016 presidential election, saying he doesn't "see any reason why" Russia would be responsible. (Trump later said he misspoke).

"In Helsinki, we sought to explore whether Russia was interested in improving the relationship, but made clear that the ball is in Russia’s court. We defended America’s fundamental strategic interest in Syria and Ukraine, and I personally made clear to the Russians that there will be severe consequences for interference in our democratic processes." 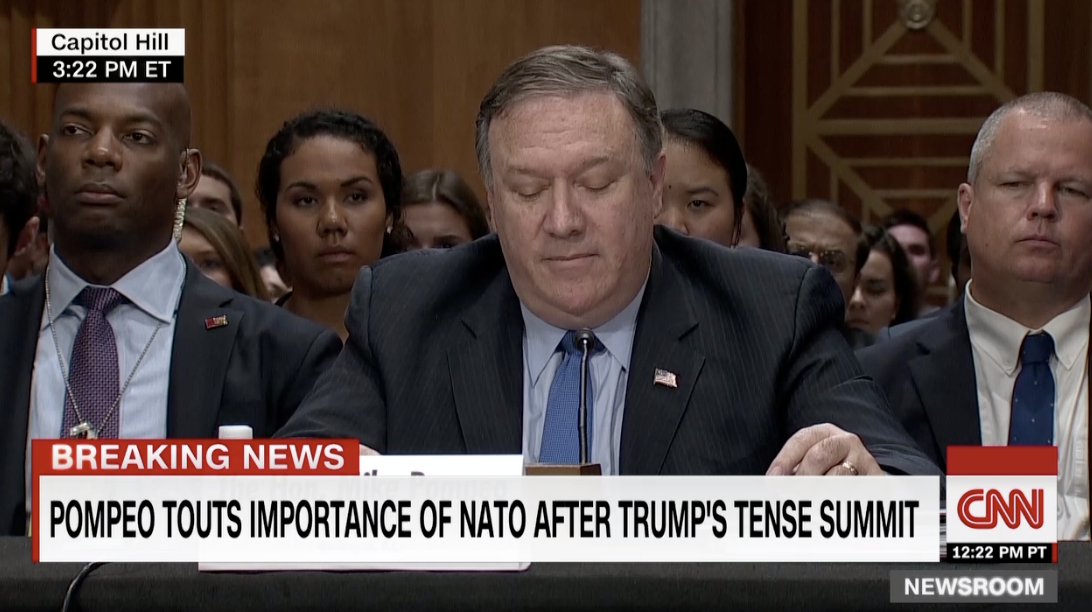 "Finally, I want you to know, President Trump has stated that he accepts our intelligence community's conclusion that Russia meddled in the 2016 election," Pompeo said.

"He has a complete and proper understanding of what happened," he added. "I know, I briefed him on it for over a year." 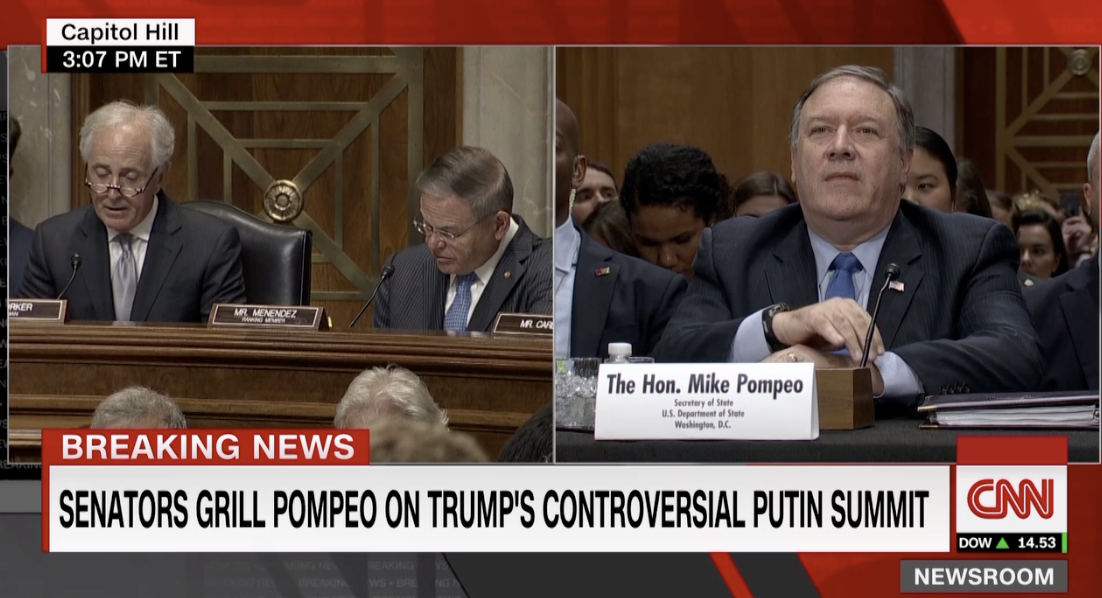 In his opening statement, Corker shared his concerns about the Trump administration's conduct on foreign policy.

Here's a portion of what Corker said:

"You come before a group of senators here today that are filled with serious doubts about this White House and its conduct of American foreign policy. There are a number of reasons to be concerned. Among them is the lack of information the administration has provided to members of this committee. It's our hope that you will reduce our level of concern by providing us with clear answers that might help convince us that those at the White House know what they are doing and that to be candid you know what they are doing. I can't say it more forcefully, we really need a clear understanding as to what is going on, what our President is agreeing to and what our strategy is on a number of issues." 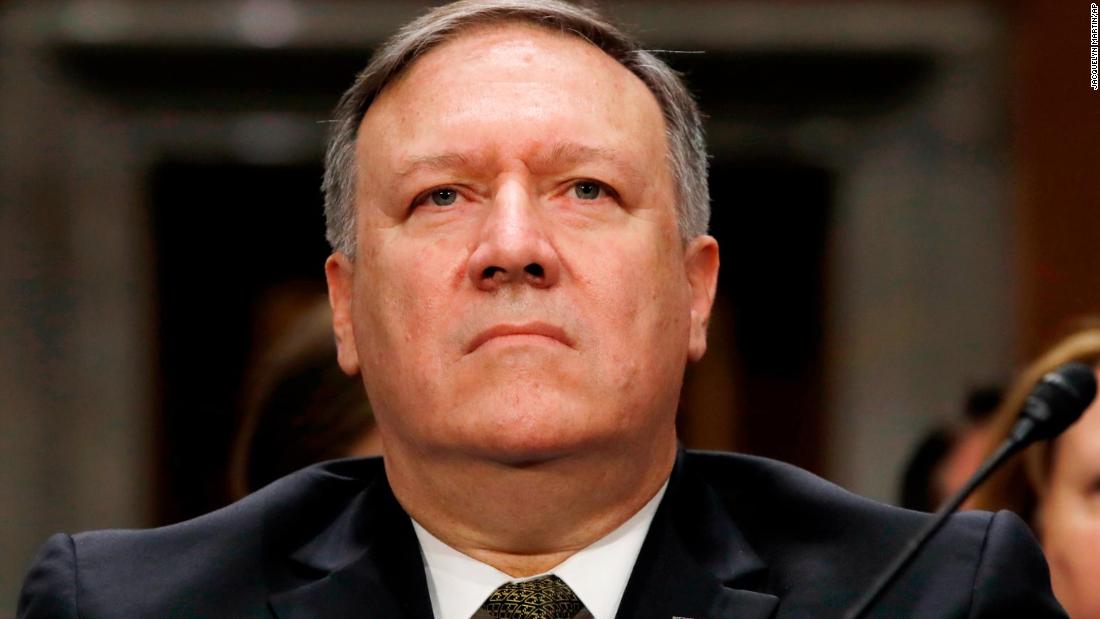 Secretary of State Mike Pompeo will defend the administration’s handling of Russia and the Helsinki summit, lay out what he says are a list of tough Trump administration responses to Russia, and say that US would not recognize Russia’s annexation of Crimea, according to a copy of his prepared remarks obtained by CNN.

Pompeo will also talk about the importance of NATO and take a tough stance on Iran.

"In Helsinki, we sought to explore whether Russia was interested in improving the relationship, but made clear that the ball is in Russia’s court.
We defended America’s fundamental strategic interests in Syria and Ukraine, and I personally made clear to the Russians that there will be severe consequences for interference in our democratic processes."
He also declares “progress” in North Korea talks and says they will not let the talks drag out - and are engaged in “patient diplomacy”

Pompeo also says President Trump understands that Russia interfered in the 2016 elections, based on his many hours of briefings. 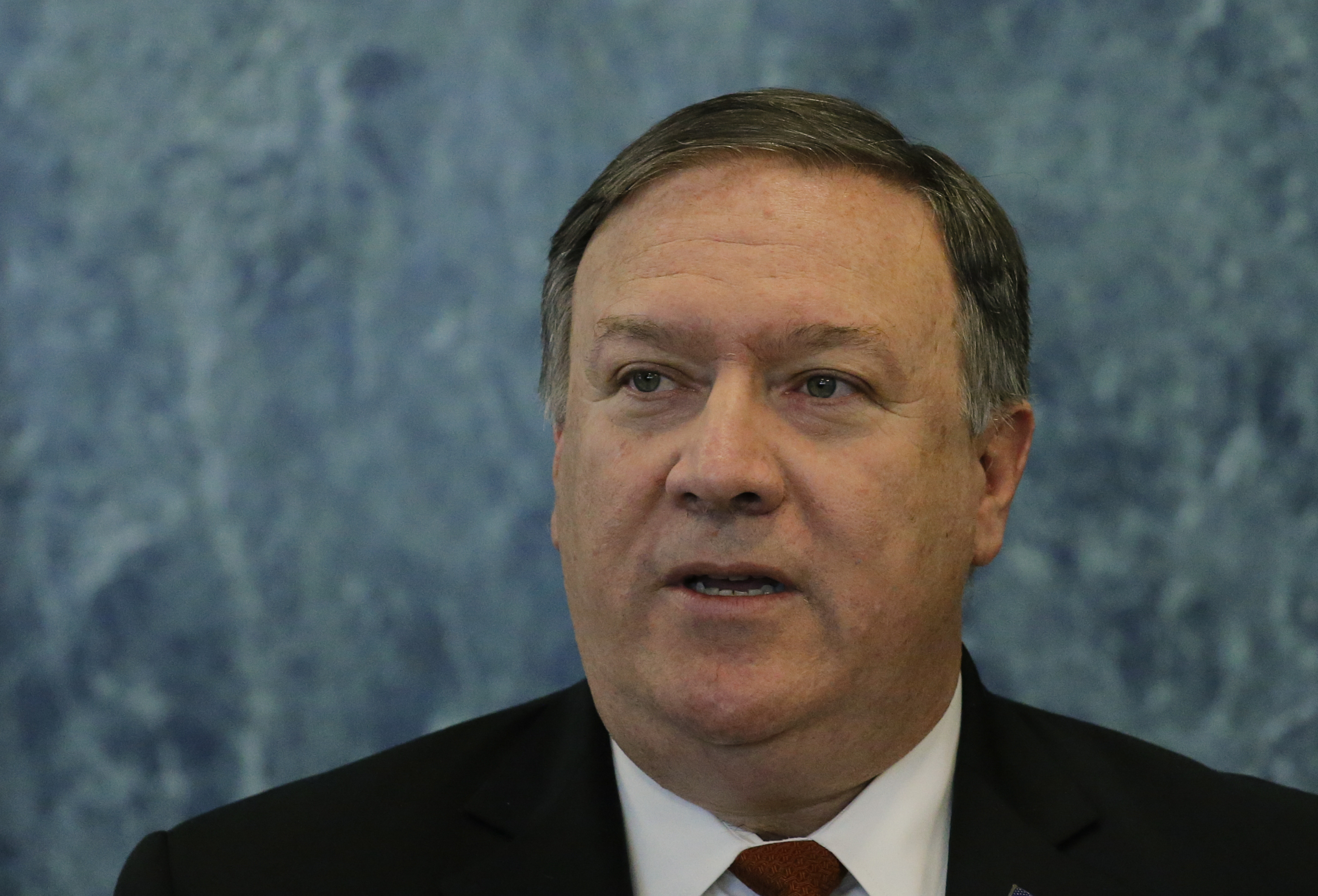 Here are a few questions that could come up: 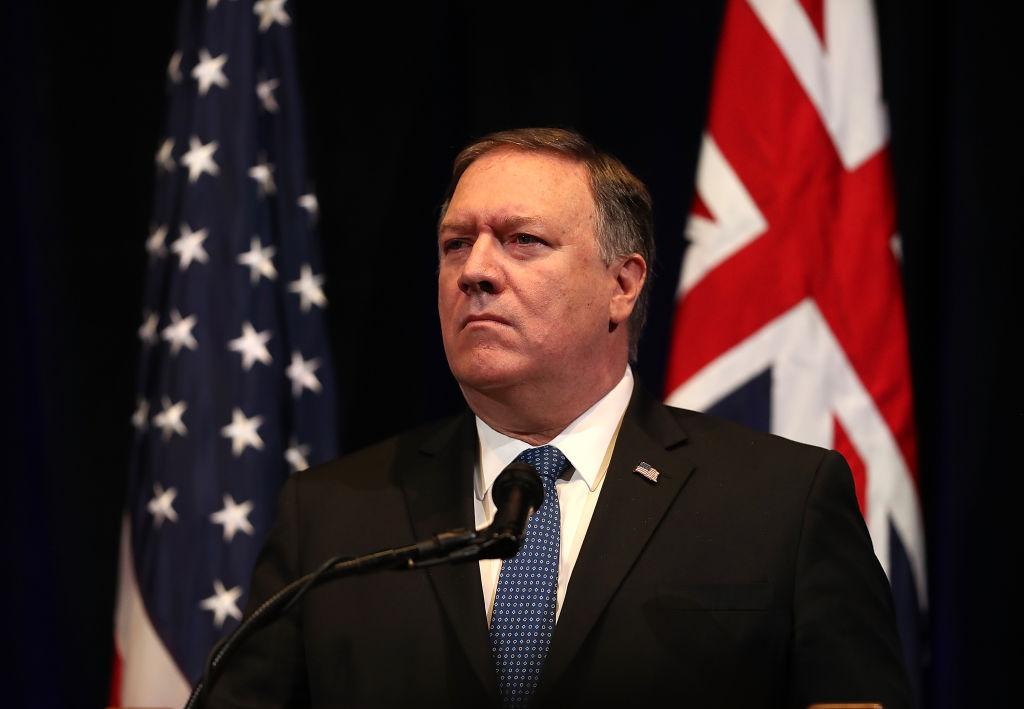 "Through its actions, Russia has acted in a manner unworthy of a great nation and has chosen to isolate itself from the international community," Pompeo said.

"Russia, through its 2014 invasion of Ukraine and its attempted annexation of Crimea, sought to undermine a bedrock international principle shared by democratic states: that no country can change the borders of another by force. The states of the world, including Russia, agreed to this principle in the United Nations Charter, pledging to refrain from the threat or use of force against the territorial integrity or political independence of any state. This fundamental principle — which was reaffirmed in the Helsinki Final Act — constitutes one of the foundations upon which our shared security and safety rests. As we did in the Welles Declaration in 1940, the United States reaffirms as policy its refusal to recognize the Kremlin’s claims of sovereignty over territory seized by force in contravention of international law. In concert with allies, partners, and the international community, the United States rejects Russia’s attempted annexation of Crimea and pledges to maintain this policy until Ukraine’s territorial integrity is restored. The United States calls on Russia to respect the principles to which it has long claimed to adhere and to end its occupation of Crimea. As democratic states seek to build a free, just, and prosperous world, we must uphold our commitment to the international principle of sovereign equality and respect the territorial integrity of other states. Through its actions, Russia has acted in a manner unworthy of a great nation and has chosen to isolate itself from the international community." 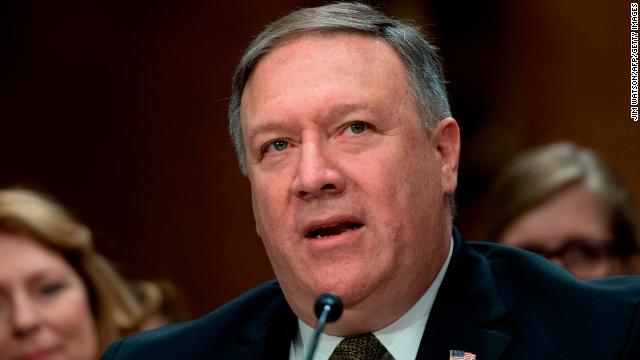 Secretary of State Mike Pompeo will testify before the Senate Foreign Relations Committee this afternoon.

He is expected to talk about President Trump's meeting with Russian President Vladimir Putin in Helsinki, Finland, and the Trump administration's ongoing talks with North Korea, according to the committee's website.

Trump has yet to publicly discuss what he and Putin talked about their one-on-one meeting with translators.