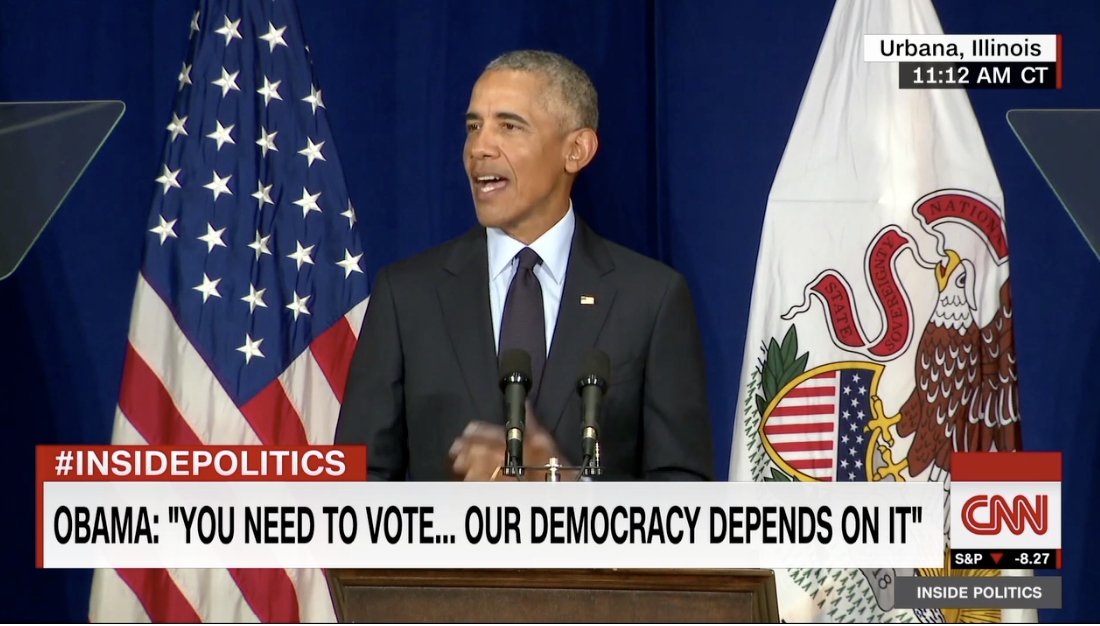 President Barack Obama, speaking to college students, explained why he had remained silent after leaving the White House.

For Obama, it was partly about connecting and catching up with family, but he also said he was trying to make room for "new voices and new ideas."

"The truth is, after eight years in the White House, I needed to spend some time one on one with Michelle if I wanted to stay married," he said. "And she says hello, by the way. I also wanted to spend some quality time with my daughters, who were suddenly young women on their way out the door."

In a lighthearted moment that drew laughter from the crowd, Obama pleaded with the students to call their parents.

"And I should add, by the way, now that I have a daughter in college, I can tell all the students here, your parents suffer. They cry privately. It is brutal. So please call. Send a text," he said.

Obama then added, "Truth was, I was also intent on following a wise American tradition of ex-presidents gracefully exiting the political stage and making room for new voices and new ideas. We have our first president, George Washington, to thank for setting that example." 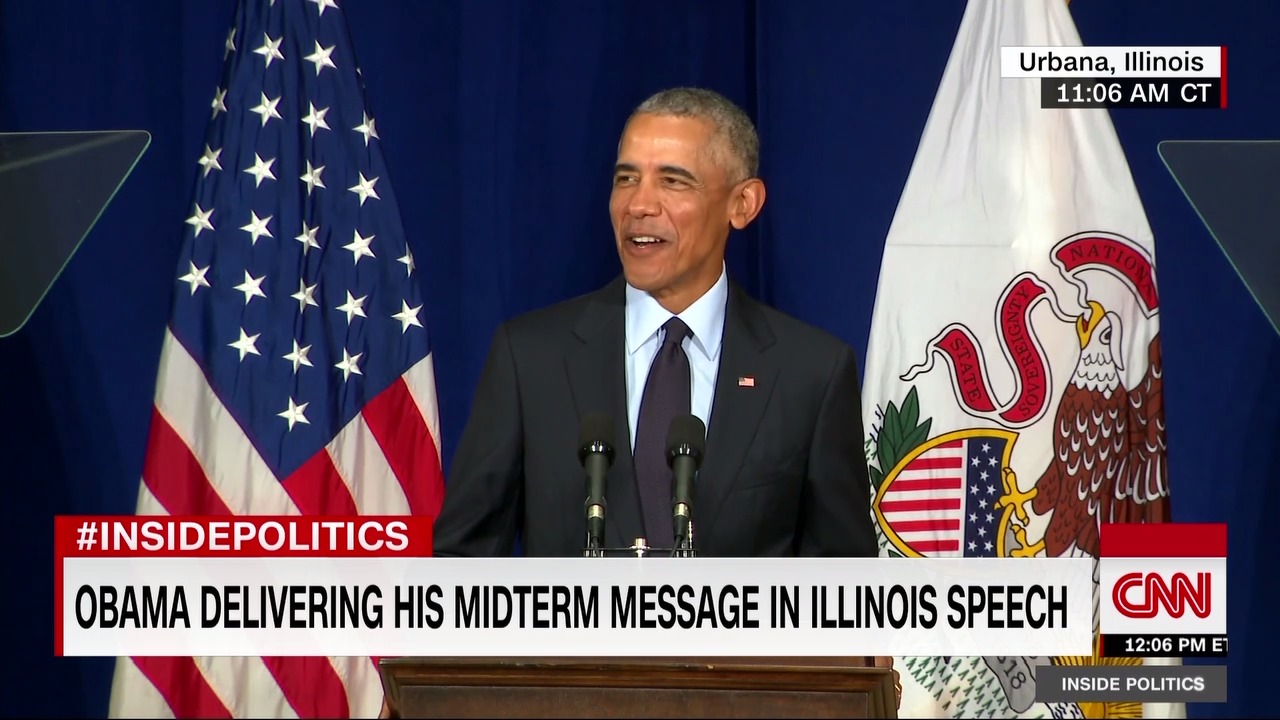 President Barack Obama took the stage at the University of Illinois at Urbana-Champaign campus, on Friday, telling the crowd of students, "It is good to be home," and noting he had "a bunch of good friends here today."

You can watch the speech live in the player above. It's expected to last 45 minutes or so.

(Note: We initially wrote Obama was speaking at the University of Chicago. We've updated the post.)

President Barack Obama was editing his first public speech of the 2018 midterms on the plane, an aide to the former president tells CNN, scribbling notes and crossing out lines on a printed copy.

The auditorium is filled here in Illinois with a mix of students and Illinois politicos, including Sen. Dick Durbin and Illinois Democratic gubernatorial nominee JB Pritzker. 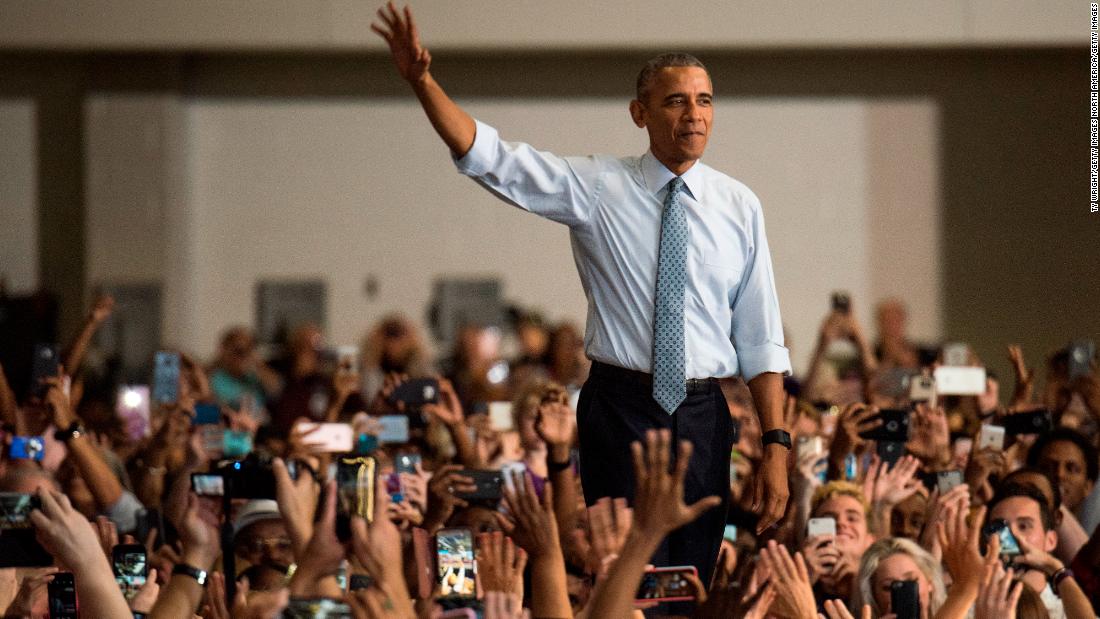 President Barack Obama will step back into the political fray Friday, delivering a speech that will preview his 2018 midterm election message and provide his most pointed rebuke to date of President Donald Trump.

One theme of Obama's speech at the University of Illinois at Urbana-Champaign will be how the history of the United States has always been progress and "backlash to progress," and the former President will argue the country is currently in one of those backlash moments.

"We're in one of those moments of backlash. And we didn't get here overnight," an Obama aide said.

"People in power want us to believe that the rest of us are powerless to solve our problems through democracy. And when people stop showing up, like in 2010 and 2014 where fewer people voted, a vacuum forms, and a politics of fear and resentment fills that void."

Obama and Trump have not talked since the inauguration, a source tells CNN.

The speech comes ahead of Obama's first campaign events of the midterms: a rally for a handful of Democratic congressional candidates in California on Saturday and an event for Richard Cordray, the Democratic gubernatorial candidate in Ohio, next Thursday.