A senior aide to Amy Klobuchar said the campaign is ready to capitalize on their momentum with infrastructure expansion.

In Nevada, Klobuchar already has 50 staff on the ground, per the aide. By Saturday, the campaign says it will have staff deployed in several Super Tuesday states, as it looks to rapidly expand.

A source inside the Pete Buttigieg campaign says the early results tonight look to be pointing in a good direction for Buttigieg because...

Elizabeth Warren made it clear her campaign will continue beyond New Hampshire. “I am here to get big things done,” Warren told supporters.

Warren addressed her election night crowd in Manchester less than 30 minutes after polls closed entirely in New Hampshire, where early returns showed her in fourth place behind Amy Klobuchar. Every other candidate who has spoken thus far tonight has dropped out because of disappointing returns.

“Amy and I are the only candidates in this race who are not either billionaires or supported by Super PACs,” Warren said of she and Klobuchar.

Expectations were high for Warren’s performance in New Hampshire -- she has served as a senator in neighboring Massachusetts since 2012.

“Tonight, I am here to say thank you,” Warren said, adding her thanks for every volunteer, door knocker and volunteer, as well as her husband and “good boy,” her photogenic golden retriever Bailey.

Colorado Sen. Michael Bennet is dropping out of the presidential race. He focused his campaign on New Hampshire but got little pickup in the polls.

Speaking to supporters in Manchester, New Hampshire this evening, Sen. Elizabeth Warren called on voters to head to the polls this November to beat President Trump.

Sen. Bernie Sanders continues to lead with 27.7% of the vote in the New Hampshire primary with 20% of precincts reporting. 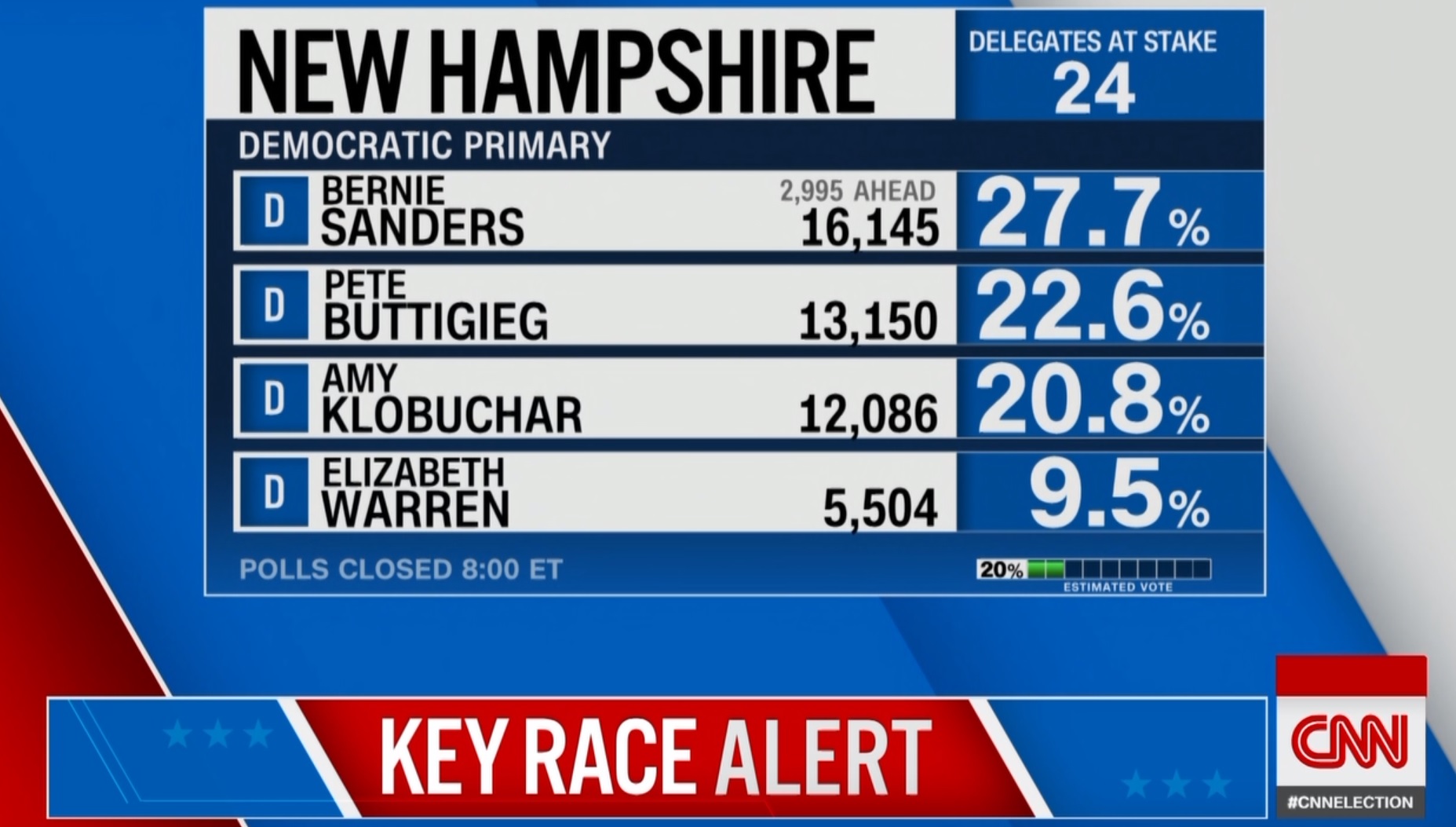 Any minute now Andrew Yang is expected to speak after the presidential primary in New Hampshire.

Yang plans to announce he is suspending his presidential campaign during a speech Tuesday night in New Hampshire, two sources tell CNN.

You can watch it live here.

With just 14% of precincts reporting in New Hampshire, Sen. Bernie Sanders has pulled ahead with 28.3% of the vote. 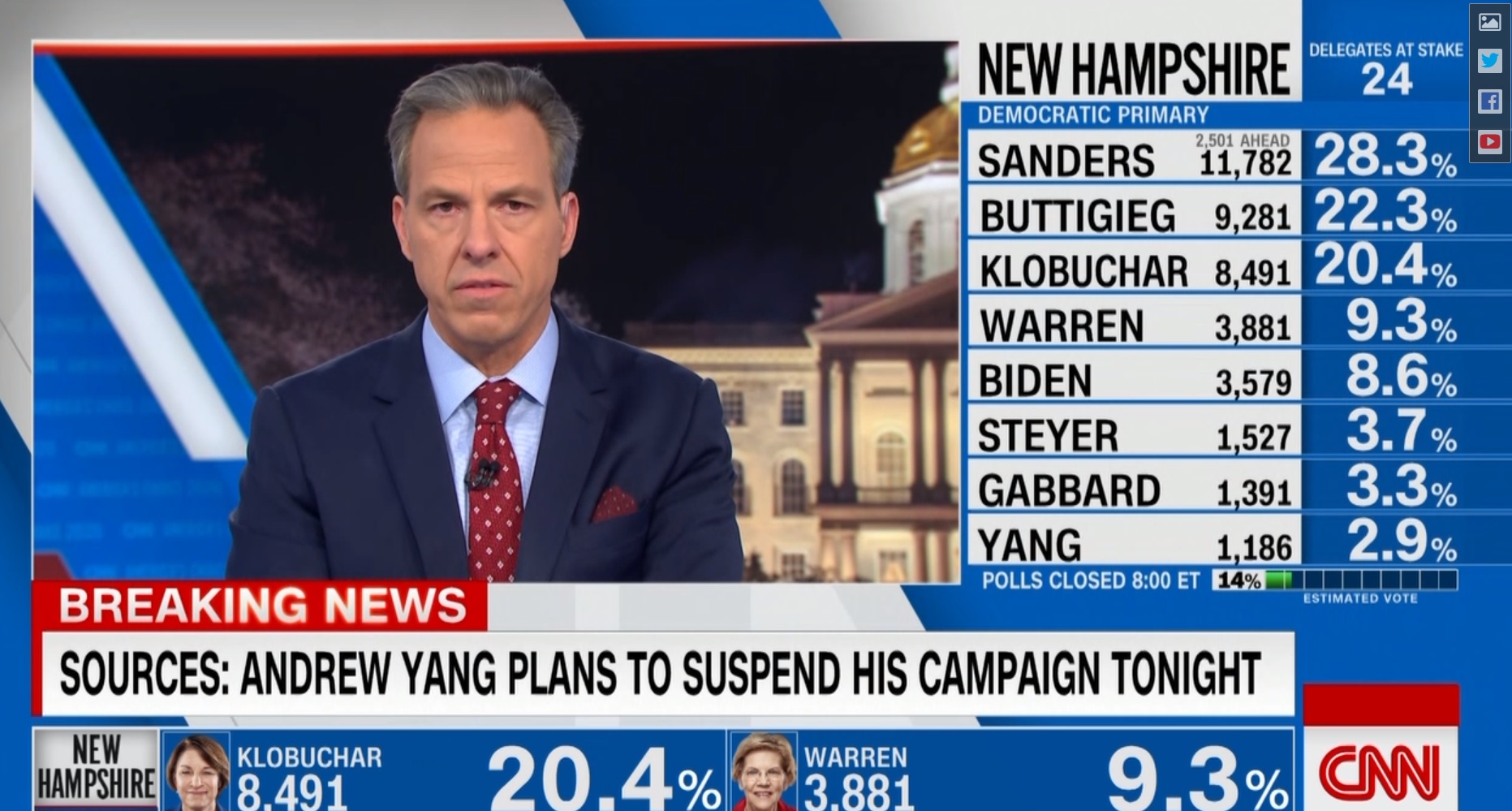