A historic day in Congress 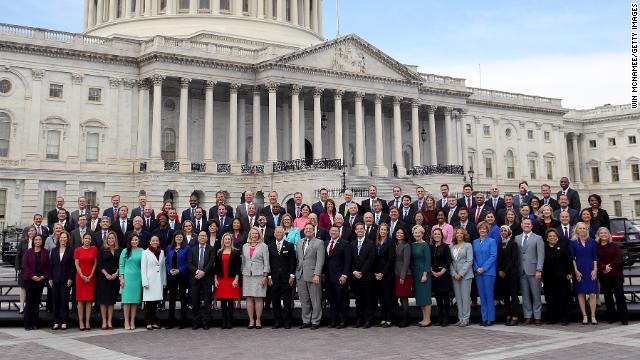 It's noon in Washington, DC, which means that the 116th Congress has officially convened. In this new Congress, Democrats have taken control of the House, while Republicans continue to hold their majority in the Senate.

The new senators and representatives will be sworn in later today.

Here are the historic firsts this Congress will make...

Rep. Jerry Nadler, new chairman of the House Judiciary Committee, told CNN’s Manu Raju that acting Attorney General Matt Whitaker and the Justice Department have not yet agreed to a date to come before the committee. Nadler has wanted Whitaker to be the first witness.

When asked if the committee will subpoena Whitaker, Nadler said: “We will if we have to.”

Nadler also was non-committal about moving on articles of impeachment; when asked about a new measure being introduced today by Rep. Brad Sherman Nadler responded, “to each his own.” 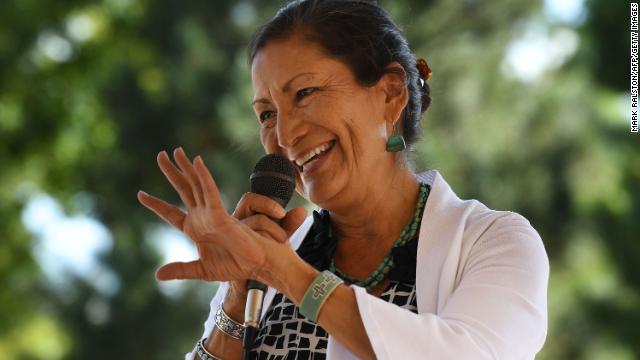 Democrat Deb Haaland, one of the first Native American women elected to Congress, expressed excitement this morning for her new role.

“I’m so excited. I’m super excited,” she said, surrounded by family members in her new congressional office. “Really happy that my mom and my family were able to make the trip.”

When asked about her being a historic first, Haaland replied: “It’s hard for me to grasp that yet. I’m super proud to be representing New Mexico.”

"I’m proud that the voters of New Mexico feel that I can work hard and do a good job. That’s exactly what I’ll work hard to do." 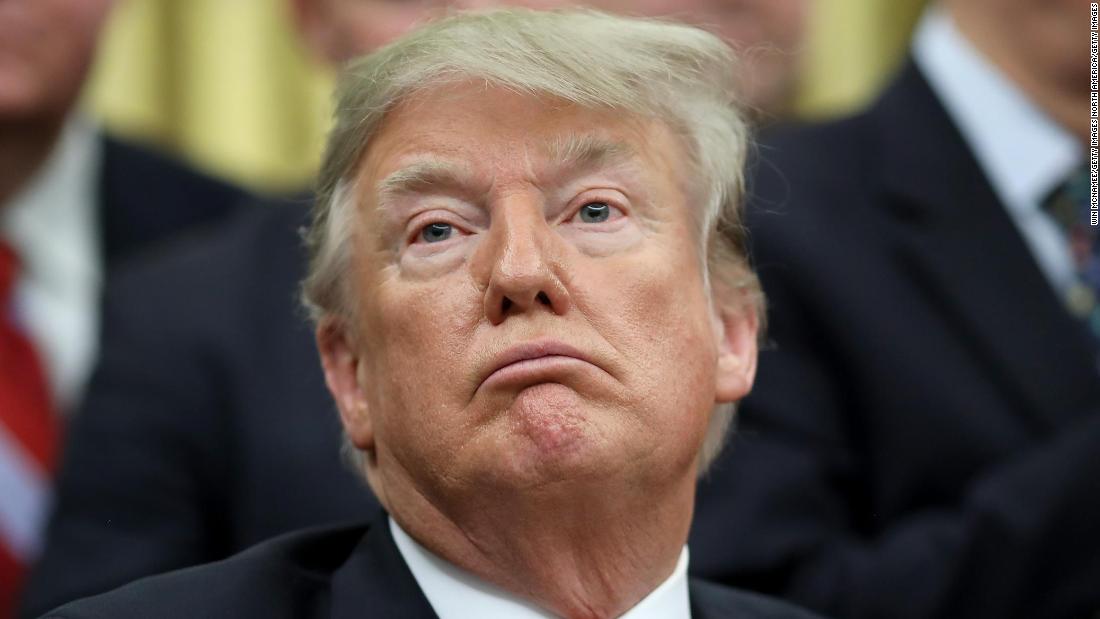 By noon (or so) Thursday, Nancy Pelosi will become the new speaker of the House of Representatives — formalizing the Democratic majority her side won in last November's election. And that will change everything.

President Trump has sought to look on the bright side of divided control of government to date — insisting that maybe he will be able to make deals with the new Democratic majority in the House. "It really could be a beautiful bipartisan situation," he said at a press conference the day after the 2018 election.

But the early returns are not promising. The federal government has been shut down for the past 13 days — and there's little reason to believe that will change at any point soon. Trump has dug in on his demand for $5 billion to fund construction of his border wall. Pelosi and Senate Minority Leader Chuck Schumer, of New York, are equally dead-set on providing zero dollars for Trump's wall.

And this is only the beginning: Starting today, Democrats in the House will make Trump's life a living hell.

Efforts are already underway to bring a number of his Cabinet officials before Congress, to extricate his tax returns from his grip and to more deeply probe his business dealings both before and during his presidency. 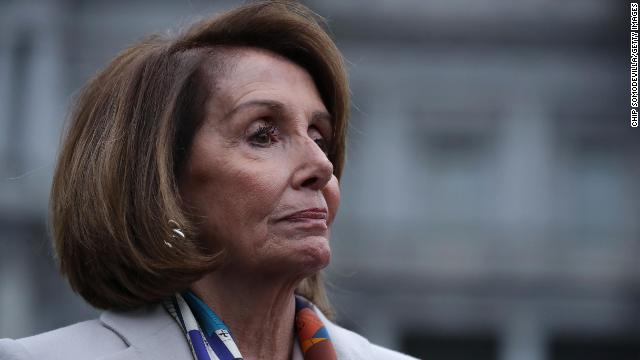 Speaking on NBC’s Today show this morning, Democratic leader Nancy Pelosi, who is presumed to be elected Speaker of the House this afternoon when the 116th Congress convenes, said she does not believe the Department of Justice’s guidance that states a sitting president cannot be indicted is "conclusive."

"Let’s just see what Mueller does," she added.

When pressed further on the issue, Pelosi said, “Everything indicates that a president can be indicted after he is no longer president.”

“A president who is in office,” NBC's Savannah Guthrie pressed. “Could Robert Muller come back and say, ‘I am seeking an indictment?’”

When asked about impeachment proceedings and if she would rule them out completely, Pelosi said this:

But not all Democrats think it's too early to talk impeachment

Rep. Brad Sherman, a California Democrat, plans to re-introduce articles of impeachment against Trump on the first day of the new Congress, according to his spokesman.

Sherman was one of three Democrats who introduced resolutions to impeach Trump in 2017, along with Reps. Al Green of Texas and Steve Cohen of Tennessee, part of an effort from a small wing of House Democrats to push seeking to remove the President from office. 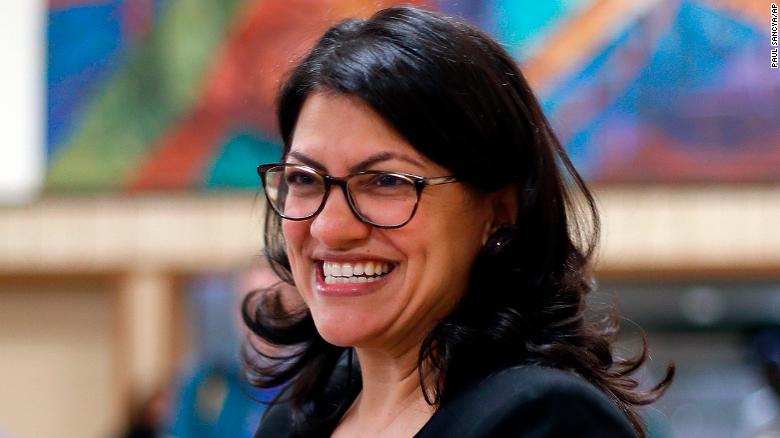 The Michigan Democrat, who has said she will wear a Palestinian gown called a thobe for her ceremony, plans to be sworn in on a Quran.

The incoming congresswoman said that she has considered the possibility of using Thomas Jefferson's Quran or her own, calling the former President's Quran a "symbol," that "Islam has been part of American history for a long time."

Tlaib said that people are "taken aback" when she tells them Jefferson had a Quran.

"But I like that," she said. "I like that it's kind of pushing against the stereotype that somehow we're new to this country."

Rep. Peter Welch, a Democrat from Vermont, said today's historic Congress, which includes a record number of women and other American firsts, is "great for the country."

"The more diversity we have and the more women we have, the more people that are representative of all of America to be part of the decision making process, that's a great, great thing," Rep. Welch said.

Here's a breakdown of some of those historic firsts: 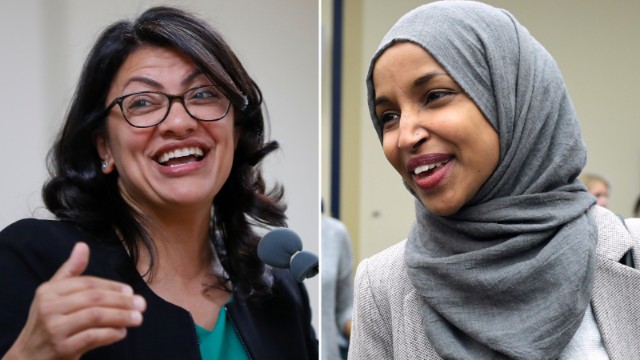 Rashida Tlaib and Ilhan Omar, the first two Muslim women elected to Congress, have arrived in Washington DC ahead of their swearing-ins today.

Omar, a progressive from Minnesota, is also the first Somali-American in Congress. She posted a photo of herself with her father arriving at a Washington, DC airport last night.

Her dad, Nur Mohamed, wrote the caption for the photo:

Twenty three years ago, my family and I arrived at an airport in Washington DC. We were newly arrived refugees in this country, from a refugee camp in Kenya. I had heard about the promise of America, prosperity for all and hope for a better tomorrow.
I could never have dreamed that twenty three years later I would return to the same airport with my daughter Ilhan by my side, the day before she is to be sworn in as the first Somali-American elected to the United States Congress.

Tlaib, a Michigan Democrat, also posted a photo last night as she arrived in the US capital. Her picture is a selfie with her children:

The 116th Congress will make history with the number of women, African American, and Hispanic/Latino members.

Here is a breakdown of some notable members who will be sworn into office: 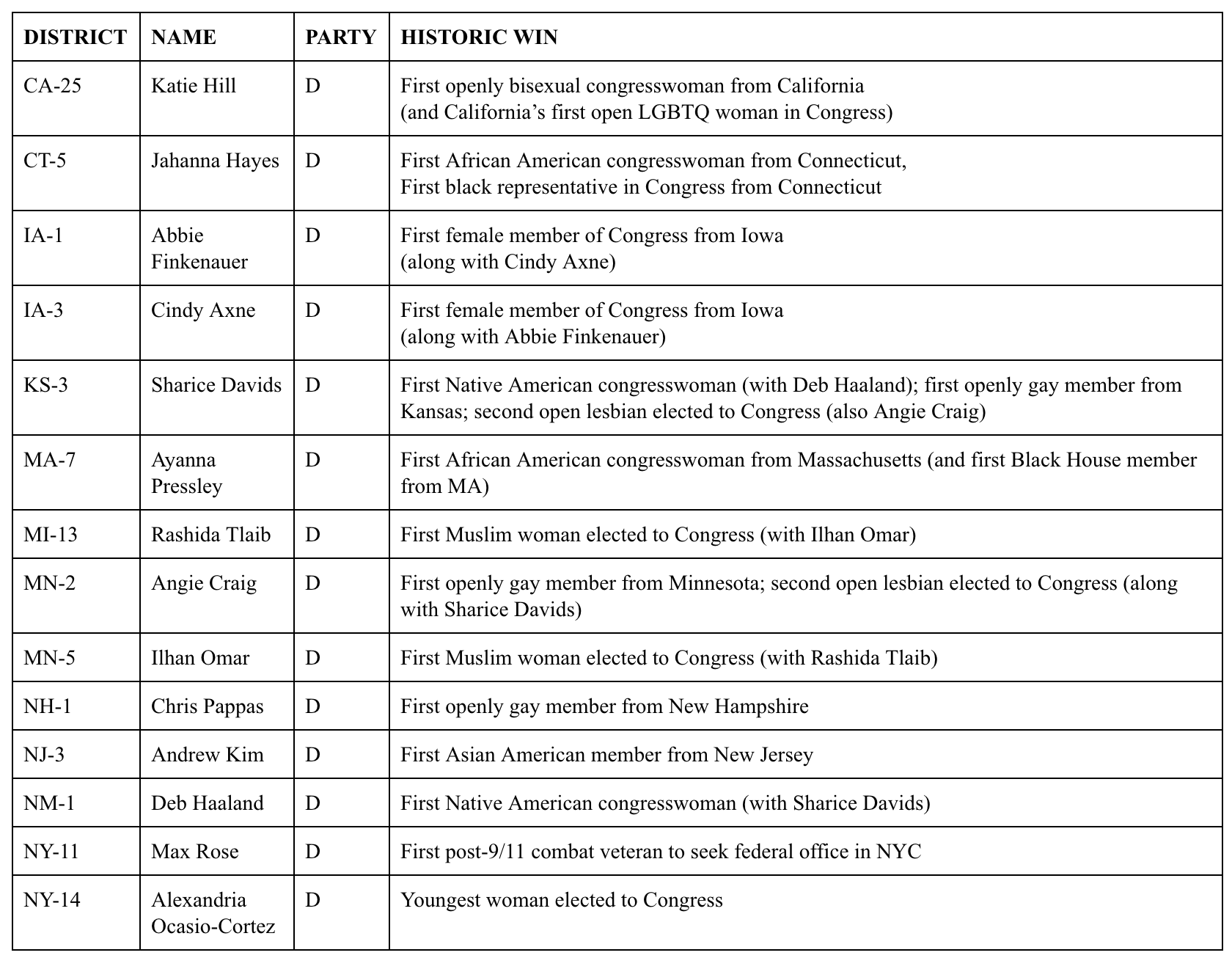 Watch: The new class changing the face of Congress