During the town hall tonight, House Speaker Nancy Pelosi claims the Republican party has "taken an oath to Donald Trump" when it comes to considering information related to the impeachment inquiry.

"I think it's so overwhelming that to ignore it would be derelict in our own duty. I can't answer for the Republicans. They have taken an oath to Donald Trump," Pelosi said tonight.

Pelosi went on to add: "I'm saying the Republicans have failed to meet the standard of honoring their oath of office, to protect and defend the Constitution of the United States."

Asked why she decided to support impeaching President Trump so close to the 2020 election, Speaker of the House Nancy Pelosi said the President has to be stopped or he'll continue to jeopardize US elections.

She said he invited intervention and is jeopardizing "the integrity of our election and we could not continue to let him do that without holding him accountable for it."

"One of the things that the President did was to undermine, jeopardize the integrity of our elections by asking a foreign power to intervene, you know what the ask was, to announce an investigation into his potential rival," Pelosi said.

House Speaker Nancy Pelosi called the impeachment inquiry in President Trump a matter of "patriotism" and "not about partisanship."

Pelosi's comments at a CNN town hall in Washington D.C come after the California Democrat announced earlier today that the House was proceeding with articles of impeachment.

"This isn't about politics at all. This is about patriotism. It's not about partisanship. It's about honoring our oath of office. This is the first President that has committed all of these things as the constitutional experts said yesterday, nobody has ever even come close, not Richard Nixon even came close to his dishonoring his own oath of office," Pelosi said tonight.

House Speaker Nancy Pelosi expanded upon her answer to a question from a reporter earlier today who asked her whether she hated President Trump.

"The word to hate a person, that just doesn't happen. The word 'hate' is a terrible word. You might reserve it for vanilla ice cream for something like that, I'm a chocoholic, but not for a person. And so for him to say that was really disgusting to me. And of course he was quoth somebody else," Pelosi said.

"I believe that we should introduce articles of impeachment. This is a very sad day, I think, for our country. It's something that I would have hoped we could have avoided. But the President's actions made it necessary. You cannot violate the Constitution in full view," she told CNN's Jake Tapper.

Pelosi continued: "The facts are clear. They were presented by the people who had access to the situation. The facts are clear. The Constitution is clear. The President violated the Constitution. And so I think it is important for us to proceed. If we were not to proceed, it would say to any president, any future president, whoever she or he may be, Democratic or Republican, that our democracy is gone, the President is king, he can do whatever he wants in violation of the law, ignoring the acts of Congress, undermining our system of checks and balances."

Pelosi will answer questions regarding the impeachment inquiry of President Trump.

House Speaker Nancy Pelosi issued a scathing warning today to a reporter who asked her a question about her feelings about President Trump: "Don't mess with me."

The California Democrat forcefully pushed back on the idea that she and her caucus are proceeding with articles of impeachment because of a personal dislike of Trump, after being asked by a reporter from Sinclair if she hates him on her way out of the weekly press conference.

Pelosi stopped and said: "I don't hate anybody."

She then walked back to the microphone, and said that while she believes Trump is a "coward," that's only about his political positions.

"I think this President is a coward when it comes to helping our kids who are afraid of gun violence," she said. "I think that he is cruel when he doesn't deal with helping our Dreamers, of which we are very proud of. I think he is in denial about the climate crisis. However, that's about the election."

She continued: "This is about the Constitution of the United States and the facts that lead to the President's violation of his oath of office. And as a Catholic, I resent your using the word 'hate' in a sentence that addresses me. I don't hate anyone."

"I pray for the President all the time," Pelosi said. "So don't mess with me when it comes to words like that."

House Speaker Nancy Pelosi said today the House was proceeding with articles of impeachment against President Trump, a historic step that is likely to make Trump the third President in US history to be impeached.

"Today, I am asking our chairmen to proceed with articles of impeachment," Pelosi said in a brief address outside her office, the same location where she announced Democrats would open the impeachment inquiry two months ago. "The President leaves us no choice but to act because he is trying to corrupt once again the election for his own benefit."

The speaker's announcement is the clearest signal yet that Democrats are moving swiftly to impeach the President before Christmas.

The House Judiciary Committee announced that its next impeachment hearing will be Monday, Dec. 9, at 9 a.m. ET., where it will hear evidence from the staff counsels of both the House Intelligence and Judiciary committees.

Earlier this week: The House Intelligence Committee on Tuesday released a 300-page report detailing the findings of the House's two-month investigation into Trump and Ukraine, while the Judiciary panel has investigated obstruction of justice allegations from former special counsel Robert Mueller's investigation. The Monday hearing suggests that the Mueller charges could be included in the articles of impeachment brought forward against the President. 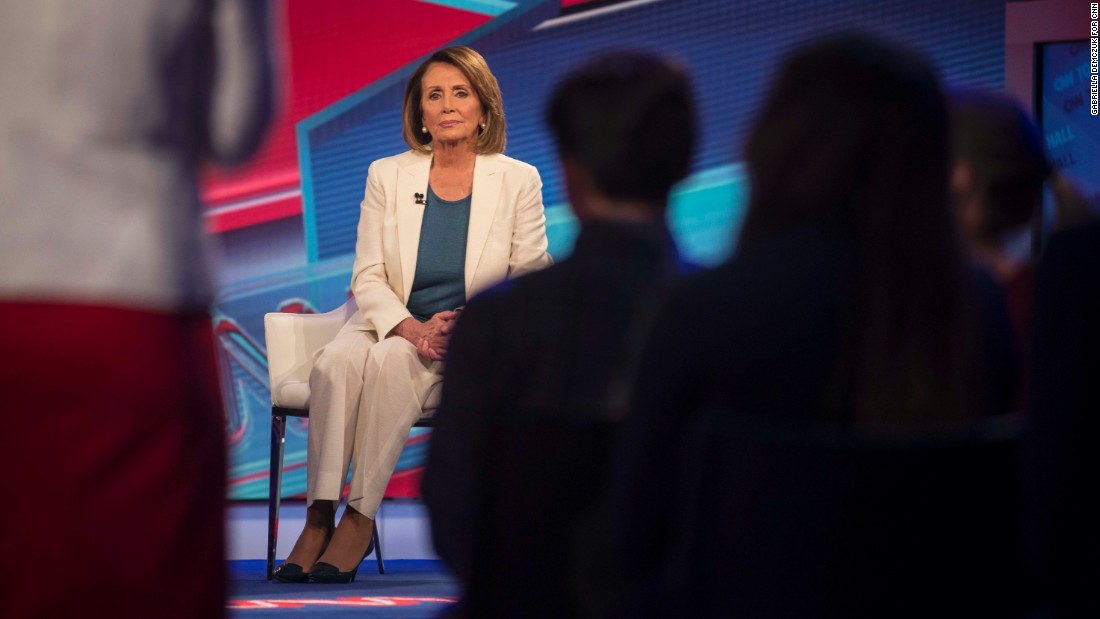 House Speaker Nancy Pelosi will participate in tonight's CNN town hall, where she will take questions directly from a cross-section of voters after announcing the House will proceed with articles of impeachment against President Trump.

CNN's Jake Tapper will moderate the event that will air live at 9 p.m. ET from Washington, DC.

Pelosi has been critical of Trump's presidency — from his policy initiatives to his personal conduct as commander-in-chief. Earlier this week, the speaker told CBS that she warned Trump to refrain from intimidating the "whistleblower" — whose complaint about the President's call with Ukrainian President Volodymyr Zelensky prompted the impeachment inquiry.

While impeachment proceedings will dominate the headlines in December, Congress will be facing a deadline on funding for the federal government, and mounting pressure to pass a massive trade deal and to approve legislation to lower the costs of prescription drugs.