Roger Stone says he’s “probably” the unnamed individual in a new Russia probe indictment made public Friday who is described as having communicated with Guccifer 2.0 in 2016.

“I think I probably am the person referred to,” he told CNN’s Chris Cuomo.

Earlier Friday, Stone, a longtime associate of President Donald Trump and political figure, acknowledged to CNN that an exchange in the indictment matches messages he previously released, but initially maintained that he did not believe that he is the unnamed person in the indictment. Stone said the messages “don’t provide any evidence of collaboration or collusion.”

The indictment states that on Aug. 15, 2016, and again on Sept. 9, Russian officers posing as Guccifer 2.0 “wrote a person who was in regular contact with senior members” of the Trump campaign, with language that matches Twitter messages previously released by Stone, who is not named in the indictment.

In his interview later Friday with Cuomo, Stone that he “misunderstood the reference.”

“I never denied that it was me, I just didn’t understand the earlier reference,” Stone said.

Roger Stone: I probably am the person in the indictment https://t.co/zOWDTXBFFy 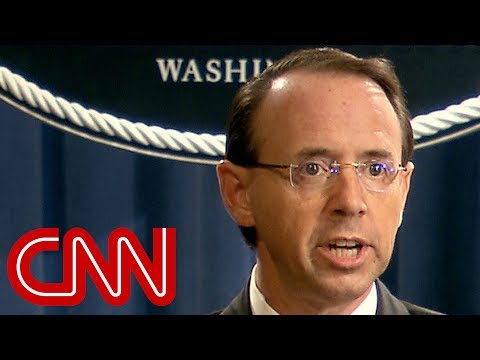 The Justice Department’s indictment of 12 Russian military intelligence agents on Friday was jaw-dropping in its scope and level of details into attempts to influence the 2016 US presidential election.

The indictment shows the lengths the Russians allegedly went to in order to defeat Hillary Clinton, thereby aiding Donald Trump’s campaign. Their actions throughout 2016 resulted in multiple criminal charges, from identity fraud to money laundering conspiracy.

Here are nine takeaways from the indictment:

Former CIA Director Michael Hayden anticipates many more indictments — including those of Americans — to come in special counsel Robert Mueller’s investigation into Russian interference in the 2016 US election.

Hayden said today’s indictments against 12 Russian officers are not the end.

“The richer in detail we get, the more I begin to believe that we’re probably going to be seeing a widening circle (of indictments) here,” Hayden told CNN on Friday.

Hayden, who was CIA director under President George W. Bush, added that he “would not be surprised” if future indictments were of Americans, citing the seemingly deliberate move to not explicitly deny American involvement in today’s indictment.

“The indictment clearly says, we take no view on whether Americans were involved,” he explained. “It doesn’t say there were no Americans involved.”

Republican National Committee chairwoman Ronna McDaniel issued a statement about today’s indictments, saying it’s clear “that there was no collusion by the Trump campaign.”

McDaniel blasted the Russians for attacking the US electoral system and said they were “ultimately unsuccessful in altering the results of the election.”

“The American people have watched the President’s political opponents desperately search for evidence of collusion for years now,” she said. “While it’s important that we do all we can to safeguard our future elections, it’s long past time for investigations into non-existent collusion to end.”

In the same statement, McDaniel urged Americans to come together to prevent an attack from happening again.

“Any breach of our political organizations — regardless of party — is an affront to all of us, and we should come together as Americans to prevent it from ever happening again,” she said.

Intelligence gathered by US officials captured some of the Russians accused in today’s indictments congratulating each other and celebrating the success of their operation during the campaign, according to a person familiar with the investigation.

They were also captured celebrating President Trump’s victory. The source said the intelligence was gathered both before and after the 2016 presidential election.

Intel gathered by US officials captured some of the Russians accused in today’s indictments congratulating each other and celebrating the success of their operation during the campaign. They were also captured celebrating Trump's victory, source tells CNN https://t.co/xi9M1K7R35 pic.twitter.com/Mhg0xp4BT8

.@realDonaldTrump must immediately cancel his meeting with Putin. #ProtectOurDemocracy

Earlier today, Pelosi slammed Republicans for “sham hearings” and called on Trump to “stand up” to Putin, noting that if he didn’t, it would be a “profound betrayal of the Constitution and our democracy.”

Russia’s foreign ministry said there is no evidence that the 12 Russian officers indicted Friday in special counsel Robert Mueller’s investigation were involved in the hacking of Democratic Party emails during the 2016 US presidential election.

The ministry said in a statement the “bogus story” aimed to “spoil the atmosphere” before Monday’s meeting between Russian President Vladimir Putin and President Trump in Helsinki, Finland.

“It is regrettable that the duplication of false information in Washington has become the norm, and criminal cases are worked up for obvious political reasons. The question remains: how long will they continue to break this shameful comedy that disgraces the US?” the ministry said.

That follows calls from some members for the president not to hold the meeting following the indictments.

The White House says the summit with Russian President Putin is not being canceled, despite 12 Russians being indicted today in Mueller's investigation https://t.co/VgOtcPml9u pic.twitter.com/0reOSRTdzk

McCain, chairman of the Senate Armed Services Committee, said today’s charges confirms that the Kremlin attacked the 2016 election and worked to “sow chaos and dissension among the American electorate, and undermine faith in our democracy.”

“President Trump must be willing to confront Putin from a position of strength and demonstrate that there will be a serious price to pay for his ongoing aggression towards the United States and democracies around the world,” the Arizona lawmaker said.

“If President Trump is not prepared to hold Putin accountable, the summit in Helsinki should not move forward,” he added.

Hillary Clinton’s former campaign chairman John Podesta, whose emails were hacked and posted online in the run-up to the 2016 election, mocked President Trump for calling the Russian investigation a “witch hunt” by telling CNN’s Wolf Blitzer “they’ve caught the witches.”

“This is quite specific. They’ve done the forensics, and obviously they believe they have the proof to prove the charges against these actors,” Podesta said of the indictments announced earlier this afternoon.

“You know,” Podesta added, “the president likes to describe Mueller’s operation as a witch hunt. Well, they’ve caught the witches here, and I hope at some point that they will actually be brought to justice.”

In a statement, Menendez, ranking member of the Senate Foreign Relations Committee, outlined three steps that Trump must take in his meeting with Putin.

Demand that Putin turn over all Russian spies indicted by special counsel Robert Mueller. Impose sanctions against the 12 Russian officers indicted today. Demand that Putin “return Crimea to Ukraine, release individuals from Crimea imprisoned by Russia on political grounds, and fulfill his pledge to remove Iran from Syria.”

“In light of today’s indictment, and if the President is going to persist in attending a summit with Vladimir Putin, he must take the forceful but necessary steps to stand up for the United States and defend our national security against the Kremlin’s campaign to undermine democracy at home and abroad. First, President Trump must demand that Putin hand over all of the Russian spies indicted by the United States for interfering in the 2016 U.S. presidential election. Second, the Treasury Department must immediately impose sanctions mandated by Congress on the Russian intelligence officers indicted today. And third, the President should demand Putin return Crimea to Ukraine, release individuals from Crimea imprisoned by Russia on political grounds, and fulfill his pledge to remove Iran from Syria. The fact that the Trump Administration still refuses to fully impose sanctions on the Russian government as required under the mandatory provisions of CAATSA is unacceptable. Of particular concern today is CAATSA’s Section 231, which requires the imposition of sanctions on those who conduct significant transactions with specific entities in the Russian defense and intelligence sectors. We targeted those sectors when drafting CAATSA precisely because our intelligence community deemed them responsible for the attack on our election in 2016. Today’s indictments are only further affirmation of that. I hope that President Trump will wake up from his willful paralysis and finally address the threats posed by the Russian Government to our country.”

Special counsel Robert Mueller has now brought 191 criminal charges against 32 people and 3 companies as part of his investigation into Russian meddling and related matters. This includes today’s indictment which has 112 new charges against 12 Russian operatives.

Support for the investigation is slipping: Most Americans continue to believe that the Russian effort to influence the 2016 presidential election is a serious matter that should be investigated, but the constant criticism by President Donald Trump of of the “rigged witch hunt” is taking its toll, according to a recent CNN poll

The number of Americans who approve of how Mueller is handling the investigation has dropped from 48% in March to 44% in May to just 41% in June, the lowest it has been in CNN’s polling.

Earlier Friday, just hours before Deputy Attorney General Rod Rosenstein announced the latest round of indictments, President Trump again assailed the investigation as a “rigged witch hunt” and said it “really hurts our country.” He made the remarks knowing the indictments were coming – Rosenstein briefed the President earlier this week.

Some of the defendants in July 2016 hacked into the website of an unnamed state’s board of elections and stole information related to approximately 500,000 voters, the indictment alleges, including names, addresses, partial social security numbers, dates of birth, and driver’s license numbers.

Those involved in the scheme, the indictment alleges, also: